The woman was also shot when PM’s first wife was killed, and has fled to SA for her own safety

We may be a dubious about his sick note, but don’t be surprised if he finally succumbs to many years on a golf course

After nearly 100 years, two KZN schools have halted sporting fixtures with each other for the ‘foreseeable future’

The May exams will probably still have to be postponed, though

The firm is ordered to withdraw its claim of ‘unlimited minutes’, and warned not to make a similar claim in future

Everyone’s heart beats at its own pace, study finds

Group of researchers says what’s important is that your rate doesn’t change. Others beg to differ

Scared of climate change? These are the cities to avoid

Somewhere beyond the sea you may one day see ...

We all have to break loose and find our own adventures. Let’s hope we’re as successful as this turtle

MONSTERS LURK A woman wearing a face mask walks past an installation outside a mall in Beijing.
Image: Wang Zhao/AFP

KZN coronavirus scare turns out to be false alarm

Two suspected cases of the deadly coronavirus were investigated in KwaZulu-Natal — but shortly after confirming the two incidents, the health department said that tests had “dispelled” any sign of the virus. The National Institute for Communicable Diseases said that “as of 7.30pm [Thursday], all cases under suspicion have tested negative”.

SAA will no longer fly to several local and international destinations from the end of the month. The embattled airline — currently under business rescue — will no longer offer any services to Durban, East London and Port Elizabeth from February 29. Domestic routes operated by Mango are not affected. SAA will continue to offer flights to Cape Town, but there will be fewer. It will also no longer fly from Johannesburg to Abidjan (via Accra), Entebbe, Guangzhou, Hong Kong, Luanda, Munich, Ndola and Sao Paulo. No further significant network changes are expected.

… while SA Express must go into business rescue

SA Express has become the second state-owned airline to go under business rescue following an order of the high court on Thursday. South Gauteng high court judge EF Dippenaar ruled that the airline be placed under business rescue for failing to settle its debt of R11m to global logistics firm Ziegler SA. In September 2019, SA Express received a government bailout of R300m. In 2018 it was granted a R1.2bn guarantee that the airline reportedly said was swallowed by historic debt. Following the judgment, SA Express said it woulkd apply for leave to appeal the ruling. SA Express services several smaller regional routes as a feeder to SAA, which was placed under business rescue in November, following a liquidity crisis.

The KZN government wants the province to be classified as a disaster area. Premier Sihle Zikalala made the announcement on Thursday at a provincial government cabinet meeting. The provincial executive council was briefed on the impact of disasters that have ravaged the province and claimed 44 lives since November 2019. More than 30,000 people have been affected by summer storms. “The provincial executive council has therefore resolved to initiate a process of classifying and declaring a provincial state of disaster. This will then commence the process to harness more resources even from the national government to rehabilitate and reconstruct the damage that has occurred,” Zikalala said. The provincial cabinet estimated the cost of the damage to households, schools public infrastructure at about R1.2bn.

John Steenhuisen’s chief of staff, Graham Charters, has become the second senior staffer at the DA to quit his job in just over a week. Charters on Thursday announced on Facebook that he was quitting with immediate effect. His announcement came after the party’s director of communications, Mabine Seabe, quit his job last week to work on a new venture. Both Seabe and Charters were seen as close to former leader Mmusi Maimane, who resigned from the DA last year after a dismal performance in the national government elections. In his Facebook post, Charters said the decision to quit was not easy but he did not disclose the reasons.

A syndicate of eThekwini employees and subcontractors are believed to be behind an act of sabotage which has seen the municipality struggle to provide water to residents. Reports of ongoing water shortages in eThekwini have been rife in recent weeks, with some areas having been cut off without water supply for days at a time. But the arrest of a former eThekwini subcontractor and his employee may prove to be the missing link into uncovering the cause of the water woes. On Wednesday, police in Umkomaas pulled over a truck carrying electrical street cables, worth millions of rand and belonging to eThekwini. Chairperson of eThekwini's human settlements and infrastructure committee, Thanduxolo Sabelo, said part of the reason there were problems with water supply was because of the failure to supply electricity to pump stations. He added that load-shedding worsened the problem. 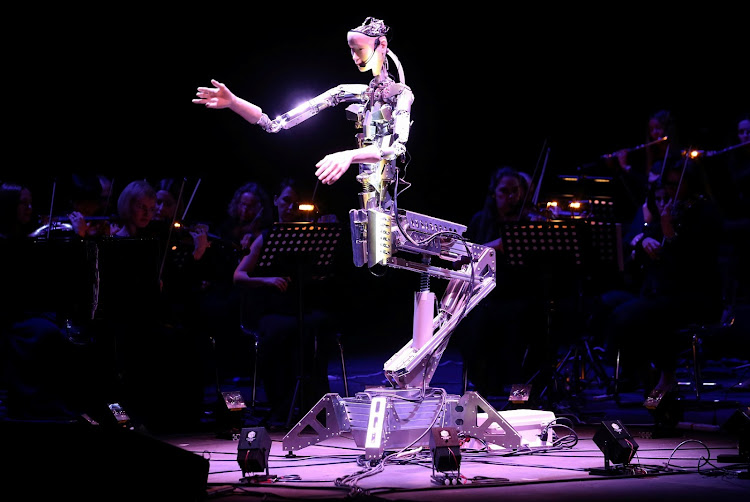 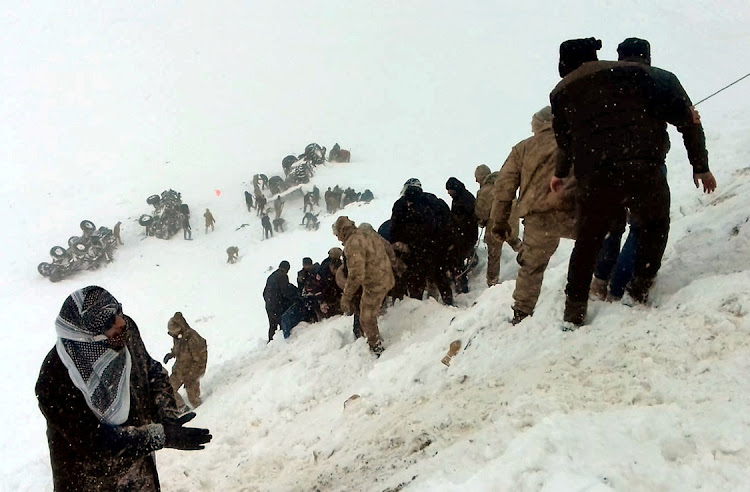 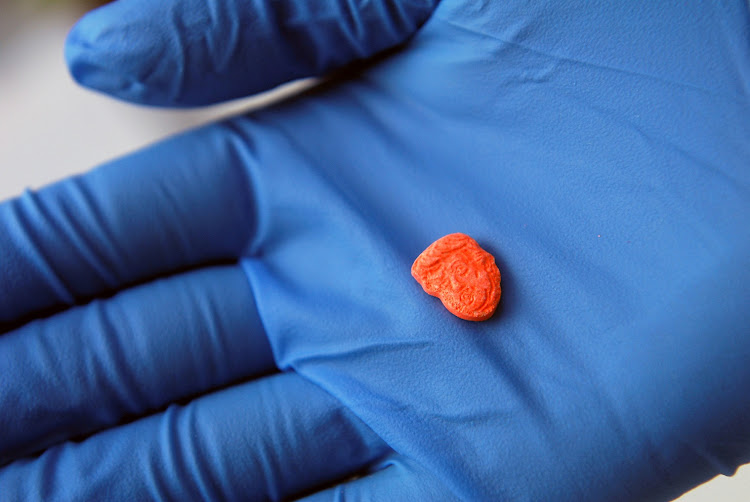 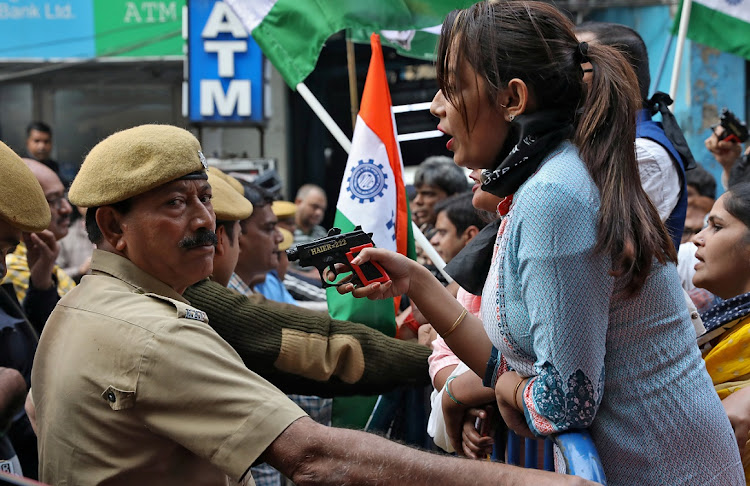 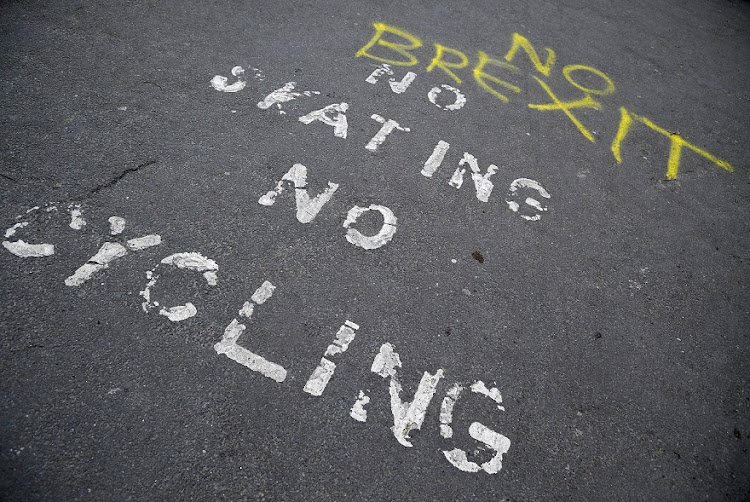 Indians won’t be tooting their own horns

Mumbai police have come up with an ingenious way to keep the city’s unruly honking drivers in check. It’s called the “punishing signal”, which connects traffic lights to a decibel monitor, which in turn keeps the lights red for longer the more impatient drivers toot their hooters. Every time car hoots exceed 85 decibels, the light stays red for twice the usual time.The decibel meters were installed at key traffic lights at major Mumbai intersections at the weekend. – Telegraph Media Group Limited (2020)

Cancer could be detected in genes up to 35 years before diagnosis, scientists have found after a study into the genetics of disease. Researchers looked at 47 million genetic changes in more than 2,500 tumours from 38 cancer types. By analysing the rate of mutations in tumours over time, they were able to turn the clock back, and spot the critical moment when the genetic code changed significantly, signalling that cancer was on the way. The technique allows the roots of disease to be picked up decades earlier. – Telegraph Media Group Limited (2020)

In the 13 years since Google bought YouTube for $1.65bn the video website has become a household name - not always for the right reasons. This week, for the first time Google cracked open the black box that is YouTube’s financial results, revealing the video sharing platform generated $15.1bn in advertising revenue in 2019. That was double the level two years ago. This means that, assuming YouTube has 2bn users, Google is making around $7 or $8 per person per year from advertising via the platform. – Telegraph Media Group Limited (2020)

Record-breaking astronaut back on Earth

A capsule carrying a crew of three from the International Space Station, including record-setting US astronaut Christina Koch, landed in Kazakhstan on Thursday. Koch’s 328-day space mission broke the record for the longest continuous stay in space by a woman, previously held by Nasa’s Peggy Whitson.L aunched into orbit last March, Koch’s mission was extended in April from its original span of six months to nearly a year after she was already aboard the station. - Reuters

At a Thai Buddhist temple, a monk watches as a machine presses down on thousands of water bottles, before a giant bale of crushed plastic rolls out with a thud. The plastic is destined to be recycled into polyester fibres, which will be made into fabric for saffron-coloured robes for monks. The recycling temple is one bright example of recycling for Thailand, one of five countries that account for more than half of plastic in the world’s oceans. The monks have crushed 40 tons of plastic over two years since starting the programme. - Reuters

Panic buyers in Hong Kong have descended on supermarkets to snap up toilet paper after false online claims of shortages, prompting authorities to appeal for calm as the city’s seven million residents fret about a deadly coronavirus outbreak. Videos show long queues of frantic shoppers packing trolleys with multiple packs of toilet rolls, with some arguments breaking out. Rice and pasta have also become a popular target for panic buying. - AFP

PIC will bail Eskom out only if there are ‘sustainable returns’

Gold companies join their peers in the platinum group metals industry, which are reporting bumper profits

Investment: Mr Price is right for when times are tight

As higher income groups feel the pressure for austerity, so the choice becomes to buy less or buy cheaper

If you fancy the stars of ‘Ford v Ferrari’, buy yourself one

SPORTS DAY: Fed and Rafa aim to pull in a cool $1m

Four-strong team has battled hard through poverty, civil war and high inflation to get to Japan

Blasts from the past: Riots and wrongs in ’76 Soweto Derby