Mbalula went off the rails with Prasa, says watchdog group

CCMA and judge are wrong and I want my Prasa job back, says ex-boss

Mbulelo Ngxonono was found to have misspent about R5.5m, but he says he was trying to save the parastatal money

Don’t write the DA off just yet. Intriguing things are starting to happen

Many assume the party isn’t interested in black voters any more. Well, soon they might have to think again

UKZN: It’s terrible seeing a varsity die, especially as it was preventable

As a once fine institution descends into chaos, let’s examine what mistakes were made ... not least by Zuma

If the virus is found to have indeed come from pangolins, it will rescue the world’s most trafficked animal

Meet the entrepreneurs who, with the help of AgriPlanner, are keeping the Cape well stocked with fresh produce

These four lions had a very roar deal, but now they’re in paradise

Rescued from starvation and death in the Ukraine, they have been brought to SA by conservationist Lionel de Lange

The right to shoes: how medical waste is helping SA’s kids

roger to that Roger Federer at a press conference at Cape Town International Airport on Wednesday ahead of his Match in Africa against Rafael Nadal.
Image: Esa Alexander

Edward Zuma, the eldest son of former president Jacob Zuma, on Wednesday slammed the Pietermaritzburg High Court for issuing a warrant of arrest for his father. On Tuesday, the court issued the warrant after Zuma failed to appear in court, citing ill health. A medical letter submitted on Zuma’s behalf was declared inadmissible. Judge Dhaya Pillay said the warrant is stayed until May 6 when Zuma’s criminal matter is expected to go back to court. Edward said he was angered and disgusted by what had happened. “I have always said, and will still say, that “project destroy Jacob Zuma has been in existence for years, way before 1994, and it still continues to this day”, he said in a statement. He labelled the judgment handed down by Pillay as "nonsensical".“It was a decision taken out of hatred for the man.”

With the international oil market stable, rand weakness is likely to be the dominant factor in fuel pricing for the year. This is the opinion of the Automobile Association (AA), which released its annual fuel price outlook on Wednesday. The AA said the key problem in SA continues to be economic policy, with tax revenue undershoots, infrastructure underspend, de-industrialisation and ongoing load-shedding counteracting efforts by President Cyril Ramaphosa to boost investment. “Capital follows returns and if SA is, as seems likely before long, downgraded to junk status, the rand is likely to weaken further, offsetting returns investors might make. This increases the possibility of a downward spiral in which rand weakness accelerates while risk-averse capital investment seeks other harbours,” noted the AA.

The SA Human Rights Commission said on Wednesday it had decided to provide legal assistance to Thabiso Zulu, whistleblower and close friend of slain ANC Youth League leader Sindiso Magaqa. Zulu, who testified at the Moerane Commission into political killings in the ANC in 2018, narrowly escaped a gun attack in Pietermaritzburg after being shot and wounded in October 2019. Zulu discharged himself from hospital and went into hiding after the incident. The commission was approached by Zulu, seeking protection and his rights to freedom and security. It will assist him by engaging with the National Prosecuting Authority (NPA) for witness protection.

Business rescuers in talks with UIF over SAA

SAA’s business rescue practitioners have confirmed having talks with the UIF “to seek out solutions to alleviating financial challenges to both [SAA] and its employees”. Business rescue practitioners Les Matuson and Siviwe Dongwana confirmed the move in response to a query from the DA for clarity on whether they intended to obtain UIF funding to pay retrenched. DA MP Alf Lees said the party believed the discussions were “out of order”. “These funds are held by the UIF on behalf of the hard-working employees and employers of SA, who have diligently put these monies aside,” said Lees. The business rescue practitioners noted, in their letter to the DA, that “at this stage, no agreement whatsoever has been concluded with the UIF to make any funds available for the retrenchments of SAA employees”.

The organiser of this weekend’s Midmar Mile annual swim has dismissed concerns over water quality‚ saying E.coli levels were the lowest in SA and he’s happy to drink the water at any point along the course. “The water is perfectly safe to swim in‚” race organiser Wayne Riddin said on Wednesday. He was reacting to fears following the Mpophomeni Wastewater Works spillage last year. “The spill was on the other side of the dam [some 6km from the race course] and was contained. We have done extensive testing and the E.coli levels are in fact lower than any dam in the country — lower also than any of the previous events in the many years I have been involved. There is no way we as the organisers would place the health of thousands of entrants at risk,” he said.

National lottery operator Ithuba on Wednesday announced that the first PowerBall jackpot of more than R100m in 2020 was won by someone in Johannesburg. It said the winning ticket of R114,580,902.70 was purchased at Victor and Son Corner Café in Roodepoort. The winner, who is not yet known, spent R5 on the winning ticket using a manual selection method. The winning numbers were: 03, 15, 23, 37, 45 and the PowerBall 18. “With a jackpot of this magnitude, we really hope that the winner will make contact with us in the coming days,” said Khensani Mabuza, corporate relations executive at Ithuba. 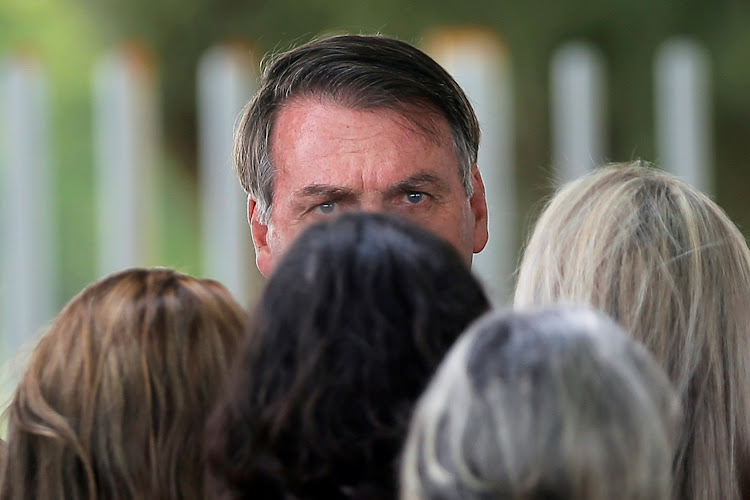 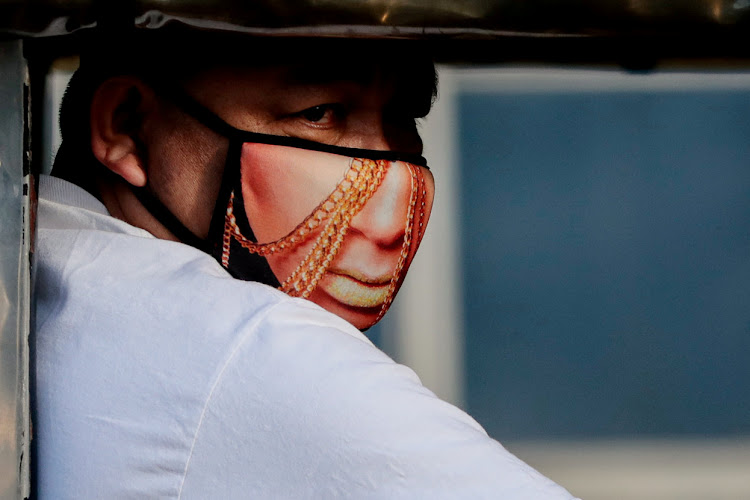 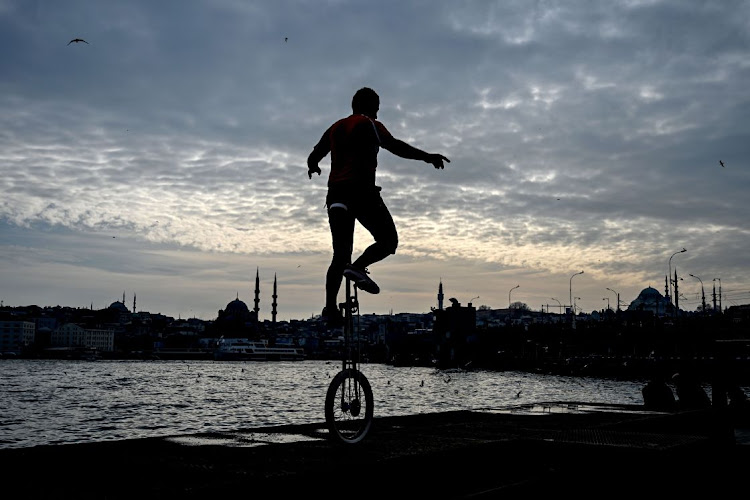 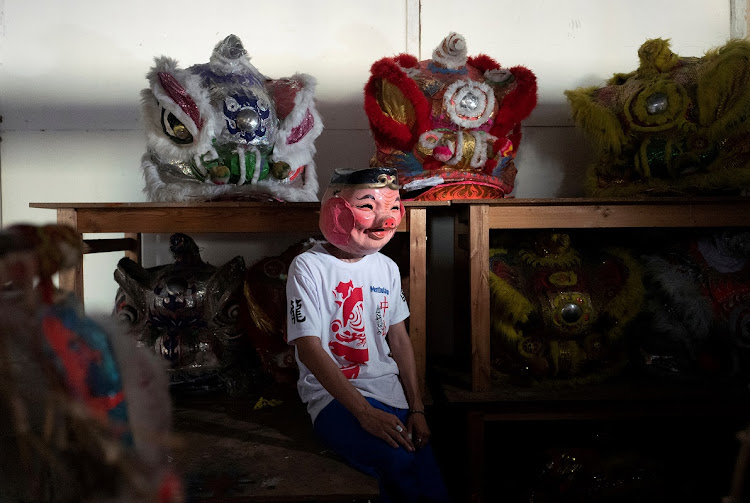 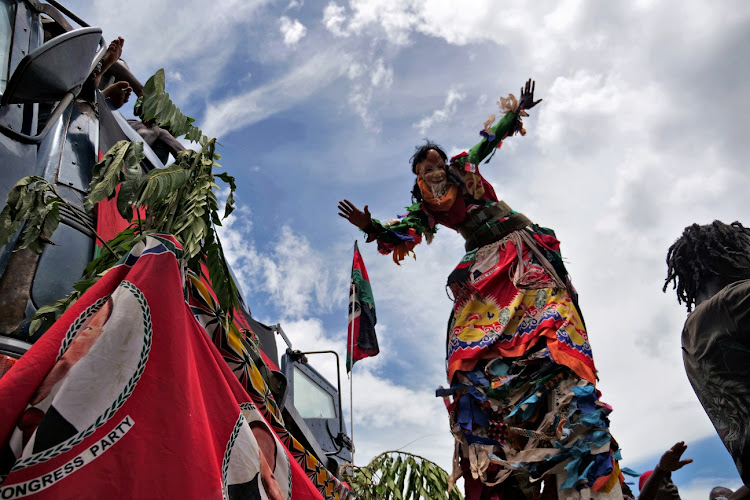 Finnish dads get time off for a job well done

Finland’s woman-led centre-left government plans to give new fathers the same amount of paid time off work as new mothers, nearly doubling paternity leave. Paid paternity leave will be extended to nearly seven months, in line with maternity leave. The aim of the ‘radical reform’ was both to improve gender equality and to boost a declining birth rate. The number of newborns in Finland fell by around a fifth between 2010 and 2018, to just 47,577 babies in a country of around 5.5 million people. Other countries such as Sweden and Iceland had seen increases in their birth rates after offering more leave for fathers. — Reuters

An investigation has been launched after former British prime minister David Cameron’s bodyguard left his gun in a toilet on a commercial flight, police said on Wednesday. The Glock semi-automatic pistol was found by a passenger before takeoff on the British Airways flight from New York to London, causing a delay and scaring passengers, reports said. The officer had also left Cameron’s passport in the loo. It is not the first time a toilet-related Cameron mix-up has resulted in something important being left behind. In 2012, Cameron accidentally left his eight-year-old daughter at the pub following a misunderstanding with his wife. — AFP

Anyone told this lot about SAA going cheap?

Qatar Airways is in talks to buy a 49% stake in Africa’s RwandAir, and is interested in doubling its holding in LATAM Airlines to 20%, its CEO said on Wednesday. A stake in an African airline would widen its reach in one of the world’s fastest growing aviation regions, and potentially help it bypass restrictions imposed on it by some Arab states. Qatar Airways already owns stakes in British Airways-parent International Airlines Group, China Southern , Cathay Pacific, and LATAM. It bought some of its stakes in other airlines since once-lucrative markets the United Arab Emirates and Saudi Arabia banned it from its airspace following a regional political dispute. — Reuters

Spotify blasts past Apple and Amazon

Spotify on Wednesday reported a better-than-expected 29% rise in premium subscribers in the fourth quarter, as the music streaming company rolled out promotions to battle competition from Apple and Amazon. Premium subscribers, which account for nearly 90% of its revenue, stood at 124 million for the three months ended December 2019. Spotify has a big lead over its two closest rivals — Apple Music has about 60 million subscribers and Amazon about 55 million subscribers globally. — Reuters

The world’s busiest airport is ... not Heathrow

On the streets of Buenos Aires, money changers known as arbolitos (‘little trees’) are taking advantage of Argentina’s capital controls to take a slice of a booming black market trade in US dollars. Formal banking channels limit purchases of the US currency to $200 per month. The black market trade has flourished since Argentina introduced the controls in September 2019 to stem a decline in dollar reserves and stabilise the peso amid an economic downturn and debt crisis. But the increase in the black market trade risks fuelling inflation which is already running at more than 50%, while the peso has lost close to 70% of its value against the dollar over the past two years. — Reuters
AIRBORNE A volunteer controls a drone to spray disinfectants at Zhengwan village, China, during an outbreak of the new coronavirus.
Image: China Daily/Reuters

Company wants all 12 cases lodged against it in SA to be consolidated, but claimants smell an R80bn rat

Just Chill? Distell could be in the mix for Long4Life brands

Rand and the JSE heave with relief as Chinese hopes rise

Just like your gut, your skin needs little goggas ...

Dab a spot of wet stoep brick behind your ear and ...

Frazzle-free De Kock and Bavuma give SA its spine back

Blasts from the past: Six-day Tests, eight-ball overs