Zuma sick? More like a case of Stalingrad-itis, says the state

Ex-president’s defence says he had two major surgeries in January, but court has seen no record of them

From pizza franchises to airline companies to our former president, everyone’s doing it these days

Come on Cyril! FW did it, Mantashe has just done it. You can do it too

Defying party policy is harder than ever in SA, but sometimes necessity demands it. Don’t hold your breath, though

Duduzane was lurking when Gupta offered me R500k: ex-SAA boss

‘Where’s-my-cheese’ pizzeria shooting suspect gives himself in, gets bail

Following a viral video, insurance executive Zain Trook has also been suspended from his job

SA pathologist is taken back in time by novel coronavirus

SARS broke out in 2003. Did we learn from that experience? ‘Only partially’

A BURNING PASSION An Israeli border policeman is on fire as he is hit with a molotov cocktail thrown by Palestinian demonstrators during a protest against Donald Trump's peace plan.
Image: Reuters/Mussa Qawasma

The DA’s leadership battle has opened up, with former DA youth leader Mbali Ntuli putting her hand up to lead the party. Ntuli said she cannot watch the party “disappear into oblivion”. Ntuli’s decision means she will go head to head with interim leader John Steenhuisen. It is understood Gauteng leader John Moodey is also considering throwing his name into the hat, and it has been reported that Western Cape leader Bonginkosi Madikizela will stand for the position. In an an internal letter sent to DA members and public representatives on Tuesday, Ntuli said if DA members were honest with themselves, they would know the party “is in deep crisis”.

Parliament wants govt to work together on virus

Parliament’s portfolio committee on tourism says the novel coronavirus outbreak highlights the need for inter-departmental coordination to minimise the threat of it spreading to the country. In a statement issued on behalf of chairperson Supra Mahumapelo, the committee raised questions on the readiness of government for the global outbreak of the virus. “The outbreak of the coronavirus puts the spotlight on the need for SA to focus on the African continent for inbound tourism. This also emphasises the need to further develop domestic tourism to act as a buffer for the tourism sector whenever such outbreaks occur,” Mahumapelo said. The committee said it was imperative for the tourism sector to be ready should an incident involving tourists occur.

A KZN municipal worker has been arrested for allegedly stealing R4m earmarked as a payment to Eskom. The co-operative governance and traditional affairs department (Cogta) said on Tuesday that the Abaqulusi municipal official allegedly sent money to his account during a transaction with Eskom in December 2019. In March last year, the municipality faced an electricity switch-off because of exorbitant debts owed to Eskom. “It is alleged that in December 2019, when the municipality was making a payment of R3,918,716.89 to Eskom, an official changed the recipient’s banking details. When the bank discovered the discrepancy, the said official went further to instruct the bank to continue with the payment,” said Cogta. They were able to recover R2,596,547.25 from the official's account.

Four new sexual assault charges were laid on Tuesday against former Media24 employee and teacher Willem Breytenbach. The new charges bring the total Breytenbach, 56, faces to seven. Police requested a postponement for further investigations when Breytenbach appeared in the Cape Town magistrate's court, and the prosecutor indicated further charges were likely. The case was postponed until March 30.

The University of KwaZulu-Natal suspended lectures at all its campuses on Tuesday following a wave of fiery protests. Protests spread to the university’s Pietermaritzburg campus, where a guardhouse and a kitchen attached to an exam hall went up in flames on Monday night. The exam hall itself did not catch fire. At the university’s Westville campus, protesters set fire to part of the gymnasium and a mobile office. The protests come after an office building of the HIV-Aids support unit at the Howard College campus in Durban was torched on Monday. At the Edgewood campus, a car was set on fire.

eNCA on Tuesday announced that its acting editor-in-chief, Jeremy Maggs, was immediately stepping down. A statement issued by eMedia Investments said the veteran journalist requested to be relieved from his duties. “Jeremy has been in the position for the past 12 months, and has asked to be relieved from his duties as the stressful nature of the job was impacting on him negatively,” the company said. Maggs said he felt the decision was for the best. “This has not been an easy decision, but for the past few months the stressful nature of the job has caused me to re-evaluate both my position at the station and my life choices. I’ve been stressed and unwell for some time, and I’ve made this decision in my own best interests and that of the station,” he said. Maggs will continue with his anchoring duties.

Karabo Tau, 18, from Claremont High School, appeared in the Bellville magistrate’s court on Tuesday for her bail application. Tau was arrested after allegedly posing as a social worker and kidnapping baby Kwahlelwa Tiwane. 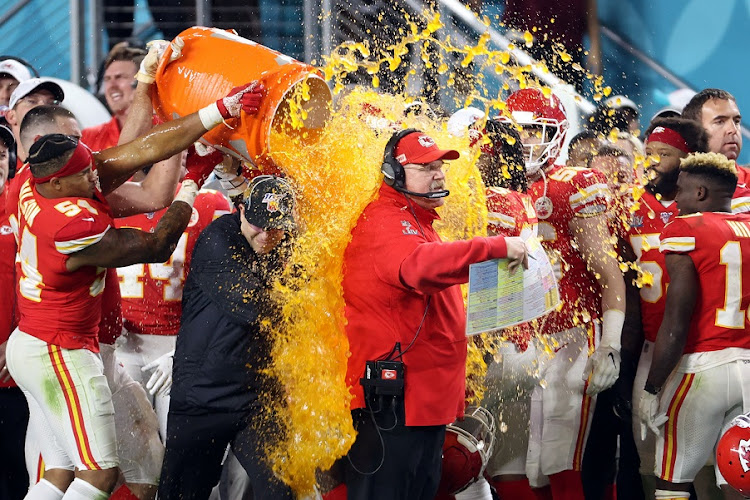 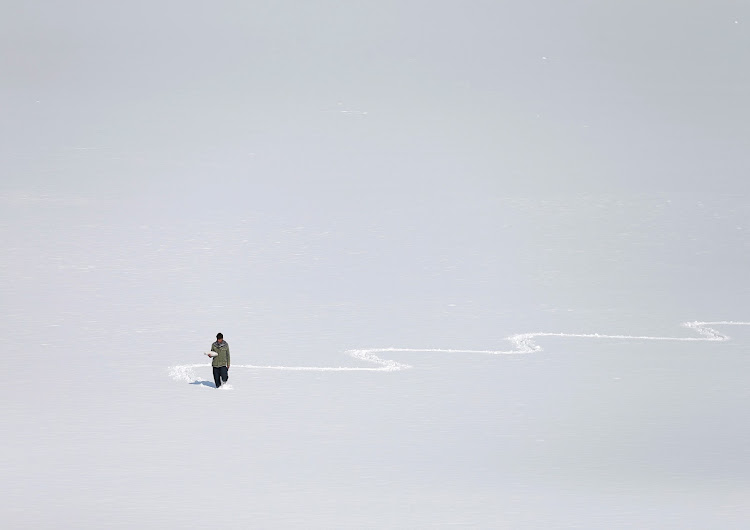 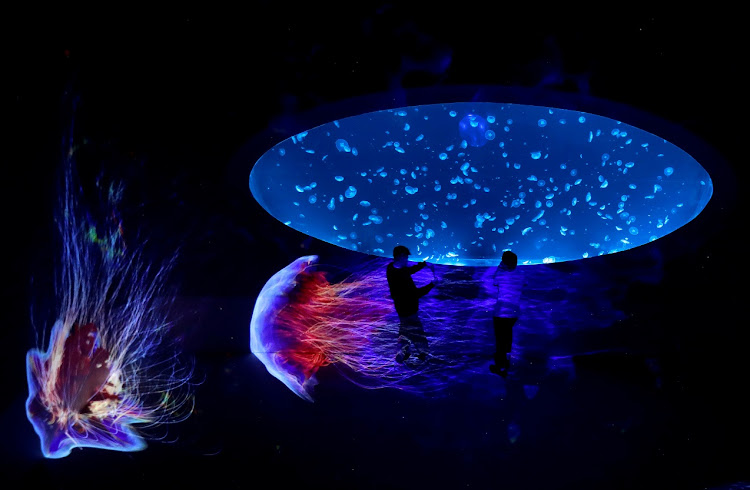 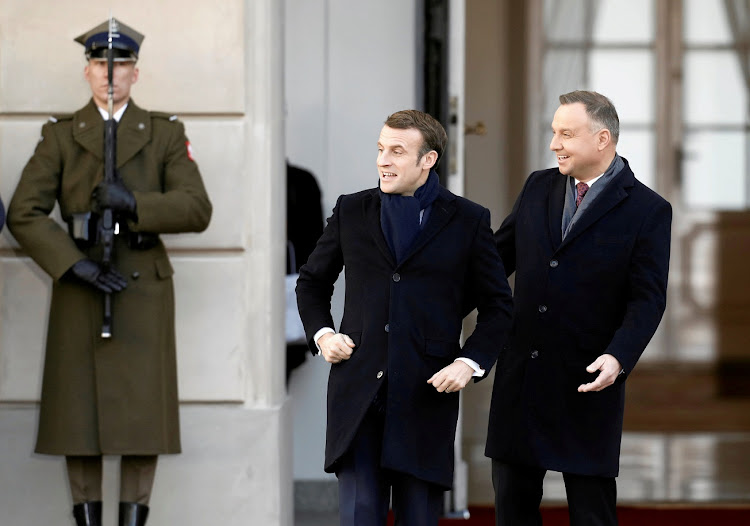 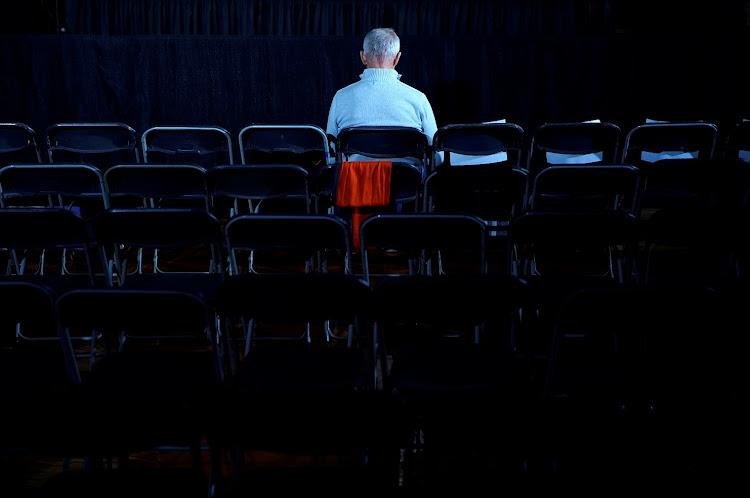 Official nailed to the cross at virus epicentre

Hubei Red Cross vice-president Zhang Qin, who was working at the epicentre of China’s coronavirus outbreak, was dismissed for dereliction of duty following local anger over the withholding of access to donated medical equipment. Two other officials received disciplinary warnings for the same charge. – AFP

A Tamil-language version of Sri Lanka’s national anthem was dropped from independence day celebrations, with critics saying the move was a setback to reconciliation after years of ethnic civil war. A Tamil-language version was included in the 2016 event as part of a push to heal the wounds of a 37-year war between Tamil separatists and the Sinhalese-majority. But at celebrations marking the anniversary of independence, the anthem was sung only in Sinhala. – AFP

Lesotho’s first lady turns herself in

Lesotho's first lady came out of hiding and turned herself in for questioning over the brutal 2017 murder of the prime minister’s previous wife. Maesaiah Thabane, 42, went missing last month after she was summoned by the police as part of an investigation into the killing of Lipolelo Thabane, PM Thomas Thabane’s estranged wife. – AFP

Bhutan is introducing a ‘sustainable development fee’ for regional tourists following a spike in Indian visitors that has sparked worries for the unique Himalayan kingdom’s cherished ecology. The majority of tourists already cough up $250 a day in high season to visit the country of 750,000 people famous for putting happiness before economic growth and being carbon negative. – AFP

Ireland’s Data Protection Commission has launched an inquiry into Alphabet Inc’s Google related to the processing of location data. The inquiry will look into whether Google has a valid legal basis to process the location data of its users and whether it meets its obligations as a data controller with regard to transparency. – Reuters

The first silent Greek film set to music, believed lost for decades, will be shown again this month after resurfacing in a French archive. The 1930 film Oi Apachides ton Athinon (The Apaches of Athens) was rediscovered in 2016 by the Cinémathèque Française. Seen as an a vital link in the history of early Greek cinema, it was digitally restored at a lab in Bologna, Italy. – AFP
MILITARY STAFF Sri Lanka's military march with national flags during the 72nd Independence Day ceremony in Colombo.
Image: Reuters/Dinuka Liyanawatte

Hudaco: Feast on the divvy while SA gears up for growth

Lean, well-managed importer and distributor is perfectly placed for a broad-based economic upswing

Life remains weird among the hot ashes of African Bank

Focus is on borrowers who struggle to get a traditional business loan. Banks in the sector are getting nervous

‘Month of Love’ specials from around the country

Know which wine to choose? If not, here’s where to go

Shamwari splashes $25m to get back in the game

Blasts from the past: Baronet on an unbeaten run ...