Politicians think it’s their right to take our cash

EFF’s R1m war with ex-MP is far from over

I didn’t truly know the emotional anguish until I got a R36,000 rates account

Castration of rapists– should it be put to the testes?

The wheels are turning towards love in Vosloorus

The Bicycle Stokvel keeps a lot of legs spinning, creating a movement of positive, healthy people

They wrote it this week: Why the grand duke ...

no monking about Tibetan monks visiting the Florida Keys from the Drepung Gomang Monastery in southern India watch a sea turtle named Drifter head to the ocean.
Image: Bob Care/Reuters

Stolen vehicle recovery company Tracker said on Sunday it had become "a victim of a cybercrime in the form of a ransomware attack”. The hack "encrypted information on some systems". Initially, Tracker said on its social feed on Saturday that it was experiencing "technical difficulties" on its systems. On detecting the malware it immediately took its systems offline as a temporary precautionary measure, stopping the spread to other areas of its system, the company said on Sunday.

A police officer and a security guard were shot dead in an attack by a group of armed men in Tembisa on the East Rand on Saturday afternoon, police confirmed. They said the policeman, a warrant officer from Ivory Park in Midrand, was in the company of the security guard and a woman while travelling in a police vehicle when they were attacked at the corner of the R562 and M57 in Elandsfontein near Tembisa. “A group of at least five men, travelling in a small utility vehicle (SUV) and armed with rifles opened fire on the state vehicle killing the policeman and the guard instantly. “The motive for the attack is unknown.

Network operators MTN and Vodacom – which control about 70% of the country’s mobile industry – have been given another month to come up with a deal with the SA Competition Commission. In December, the commission released the Data Services Market Inquiry final report. The report recommended that two mobile network operators, Vodacom and MTN, reach agreement within two months with the commission to reduce data prices, particularly for monthly bundles, and to address the structure of data pricing, reducing the cost per MB for smaller sub-1GB bundles relative to the 1GB price.

‘There’s metal in my pizza’

A Twitter post by a Debonairs customer who got more than her ordinary pizza topping has gone viral after she claimed to have found a whole metal sheet sandwiched in her pizza. Gomolemo Moletse took to Twitter to post a picture of this on her timeline. It showed how the pizza had seemingly been cut through, despite the metal sheet being inside. Debonairs took to Moletse’s page where they said they would address the matter.

Rules for Mkhwebane removal ‘in line with the law’

National Assembly speaker Thandi Modise has hit back at public protector Busisiwe Mkhwebane, saying there’s no legal basis not to begin the process to remove her from office. In a statement issued on Sunday, parliament said Modise responded to a letter she received from Mkhwebane on Tuesday in which Mkhwebane alleged that the rules agreed to to remove her from office were unconstitutional and unlawful.

The police officer who fired the shot that killed Tshwane University of Technology student Katlego Monareng outside the university's Soshanguve campus in 2018 has been handed a 15-year sentence for murder, said the Independent Police Investigative Directorate. Constable John Slender was sentenced to a further five years for the attempted murder of another student who was injured during the unrest. He was sentenced by the high court in Pretoria on Friday. 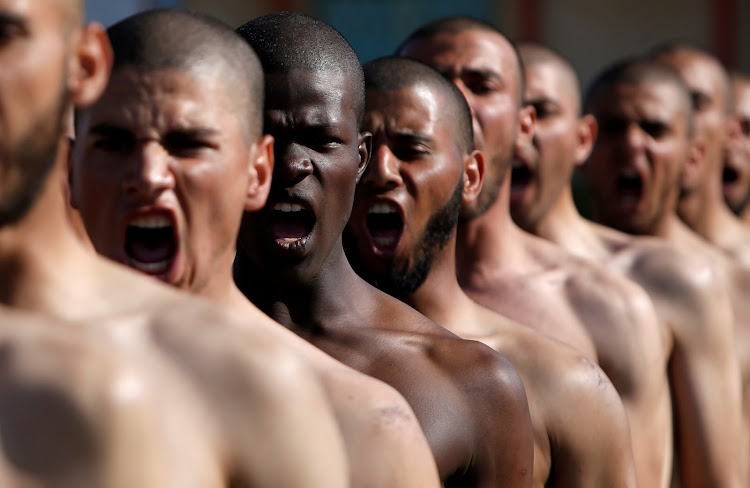 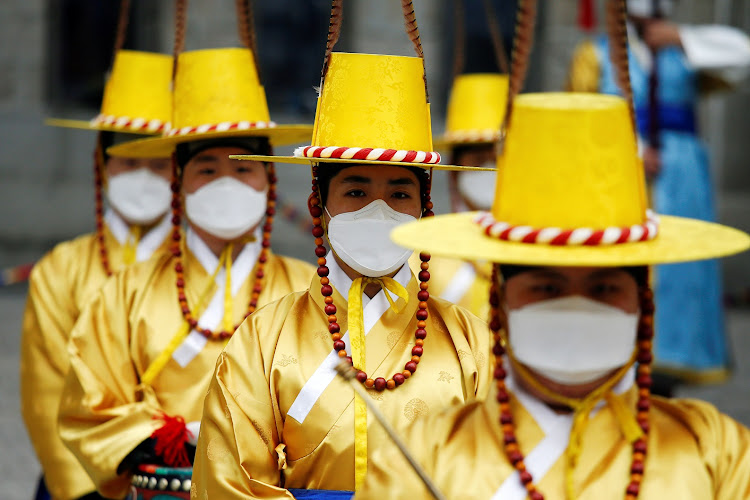 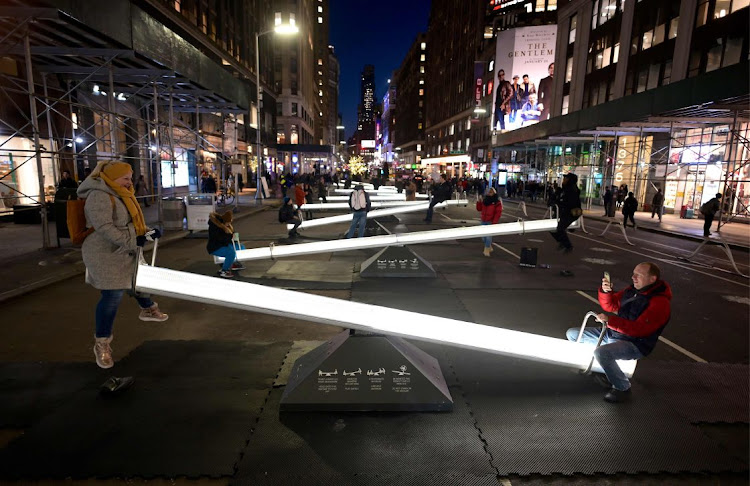 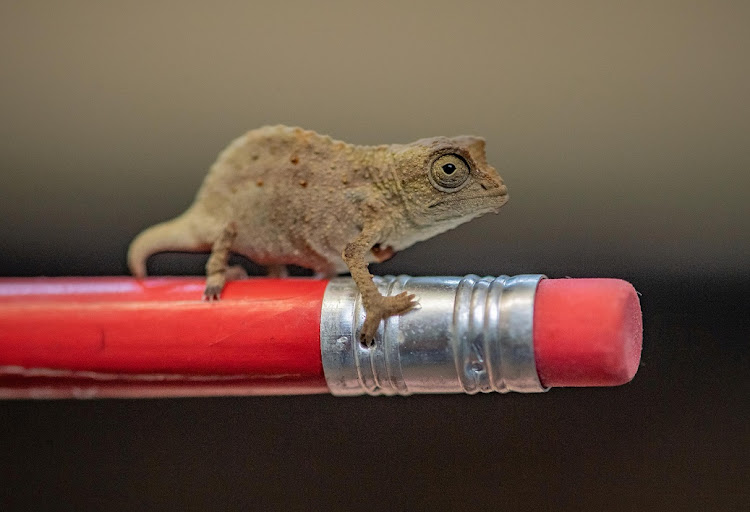 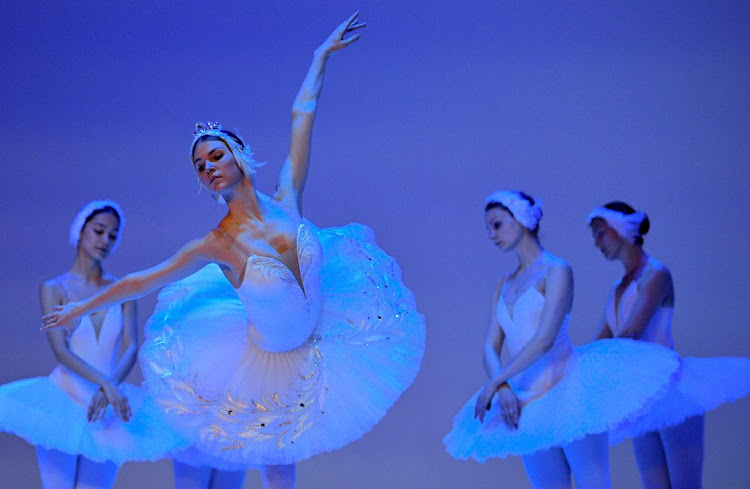 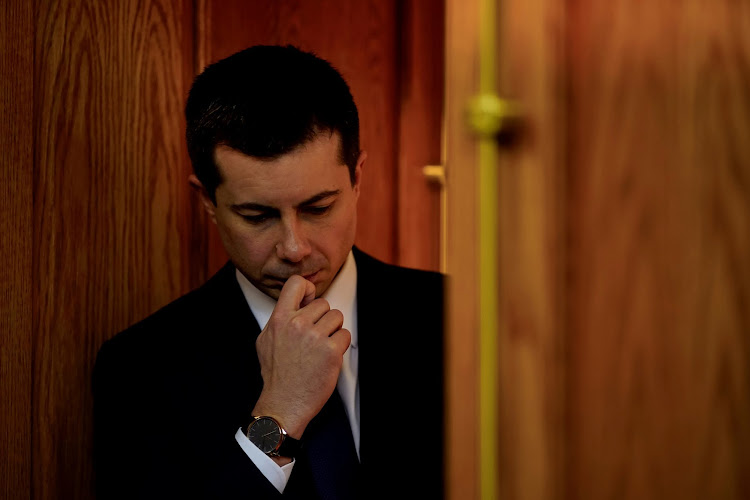 At least 20 people have been killed and over a dozen injured in a stampede during a church service at a stadium in Tanzania. Hundreds of people packed a stadium on Saturday evening in Moshi near Mount Kilimanjaro and crushed each other as they rushed to get anointed with “blessed oil”. Five of those killed were children. Pastor Boniface Mwamposa has been drawing huge crowds by promising prosperity and cure for disease to worshippers who walk on what he describes as “blessed oil” during his church services. – Reuters

Truth took a Roman holiday for this archaeologist

An archaeologist who boasted his finds were so extraordinary they “rewrote the history books” finds himself facing prison and ignominy after being accused of falsifying artefacts at a Roman settlement in Spain. Eliseo Gil, who became a star in Basque Country as the man who discovered an apparently unique connection between early Roman Christianity and Ancient Egyptian and Basque cultures, is due to go on trial on Monday accused of what would be one of the most bizarre archaeological hoaxes to ever be exposed.

US dogs are being doped to their nose-tips

Drops flavoured with peanut butter but laced with cannabis have helped trigger a boom in America’s market of pot for stressed pets. Demand has soared for cannabidiol - or CBD - to treat conditions including joint pain, anxiety, arthritis and depression in humans, and now animals. According to the Brightfield Group, a cannabis industry consultancy, US sales of CBD products for pets topped $300 last year. - Telegraph Media Group Limited (2020)

Hi-tech used to save beehives

Beehives are being monitored by mini-satellites that check the well-being of their inhabitants in a new project backed by space scientists. Up to 50% of honeybee hives fail, which spells bad news both for those who farm honey and for agriculture as they are important pollinators. But the new project backed by the European Space Agency is offering beekeepers the chance to put ultra-sensitive monitors in their hives in order to keep the bees healthy. – Telegraph Media Group Limited (2020)

Coyotes are set to colonise South America in the first continental predator swap in the Americas for three million years. The wily canines are native to North America, but deforestation has allowed them to move south at a remarkable pace, experts said. “I wouldn’t be surprised if [coyotes] colonise all of South America," said zoologoist Roland Kays. Camera traps show the first coyotes crossed the Panama Canal in 2014. They are now at Panama’s Darien National Park, which used to act as a barrier with its dense jungle and larger predators. – Telegraph Media Group Limited (2020)

Beethoven wasn’t deaf after all

Ludwig van Beethoven may not have been deaf after all when he composed his final masterpiece, according to new research. For over a century, it has been believed that the German composer and pianist had gone “stone deaf” by the time he debuted his Ninth Symphony in May 1824. But now, a professor of musicology has uncovered crucial evidence that suggests that Beethoven actually retained some hearing in his left ear until shortly before his death in March 1827. – Telegraph Media Group Limited (2020)

Gwede needs to be on the money with key mining players

World of trouble: the trends that should give SA a wake-up call

Breaking SA’s self-reinforcing stagnation is critical to an economic revival, especially in a tough global economy

SA firms must plug into the rich battery tech market

Cyber security is a shared responsibility, and we have to blame a flawed system as well as users like you and me

Forget all that rot about your phone keeping you ...

You have every right to go the Kolpak route, just be upfront about it

Selectors need to know what SA cricketers want out of the SA system, because the national team comes first

Blasts from the past: Bafana win it for Madiba in 1996