As the Parktown tragedy proves, SA really can embrace refugees

This country is notorious for its xenophobia. Then Enoch Mpianzi and Triphin Mudzvengi touch our humanity

Virus spreads quickly, and so do fake facts about the outbreak

As people return from China, we separate fact from fiction and find out how prepared SA is for an outbreak

ANALYSIS | And, again, the big banks are there, greasing the wheels. They should be ashamed of themselves

As he takes his followers’ battle to court, he is accused of making a death threat. He says it’s a smear campaign

Businessman accuses firm with no proof. Now he’s got a R90k fine

DOCTOR’S APPOINTMENT A grey-bellied night monkey plays with a teddy bear at the veterinary clinic of the Cali Zoo in Colombia.
Image: Luis Robayo/AFP

Police are investigating a shooting in which a 25-year-old man was killed on a busy street in Pinetown, west of Durban, on Tuesday. It is understood the man, a bystander, was shot by members of a security company who were chasing smash-and-grab suspects. Police spokesperson Col Thembeka Mbele said the police had received a report of a shooting in the CBD. "On arrival, they found the body of a 25-year-old male with a gunshot wound to his head. A case of murder was opened at Pinetown police station."

An additional four University of KwaZulu-Natal students have been arrested after unrest on the Howard College and Westville campuses on Wednesday. Two were arrested on Monday when student protest action started on the Howard College campus. The arrests come after the security control centre on the Westville campus was petrol bombed and Durban Solid Waste bins set alight at Howard College on Wednesday. Unrest broke out on Monday when students protested against financial exclusion and other funding issues.

Several international airports have seen an unprecedented rise in drug trafficking cases via Johannesburg’s OR Tambo International Airport, according to a report by organisations Baagi Ba and Locked Up in A Foreign Country. Hong Kong prison chaplain John Wotherspoon alleged that nearly 20% of all people arrested in Hong Kong airport in 2018 and 2019 for possession of illegal substances brought drugs from Johannesburg via OR Tambo. Ethiopia’s Addis Ababa Bole airport was “the OR Tambo of the north, but where Addis lacks scanning technology, is understaffed and has no sniffer dogs, OR Tambo has no excuse for its poor security performance”.

Two of the four men accused of kidnapping Durban businesswoman Sandra Munsamy claim they have been denied showers and exercise at the maximum security prison where they are being detained. The two South Africans and two Mozambicans appeared in the Durban Magistrate's Court on Wednesday, where the court heard about their alleged mistreatment at Ebongweni C-Max prison in Kokstad, KwaZulu-Natal. Munsamy, a key figure in a multibillion-rand Crossmoor Transport family business empire, was allegedly snatched in a daylight kidnapping by armed men, setting in motion a hostage and ransom drama that lasted six months.

A patron who didn't know his focaccia from a traditional pizza base allegedly became abusive towards staff and customers at a Johannesburg eatery at the weekend. The incident occurred at an Andiccio pizza outlet, where the unknown man placed an order for a focaccia with toppings. He became agitated when his order came and there was no cheese on the base. Clara Namnick, Andiccio’s marketing manager, said: “Our staff calmly explained that he had selected a focaccia base pizza on his order form, which clearly indicated that it did not include any cheese. He then became incredibly aggressive and verbally abusive towards our staff … on driving away from the store, he released two shots into the air.”

Pit bull shot trying to save owner from robbers

A Durban pensioner and his pit bull were shot during an armed robbery at his home in Northdene, south of Durban, on Tuesday night. Blue Security spokesperson Andreas Mathios said four gunmen, wearing balaclavas, gained entry to the home at about 10.20pm and confronted the man, who was on his phone in the kitchen. “The suspects allegedly fired two shots, one of them critically injuring the resident and the other critically wounding his pit bull terrier when the dog intervened.” Paramedics stabilised the 70-year-old man before taking him to hospital. The dog was taken to a vet. 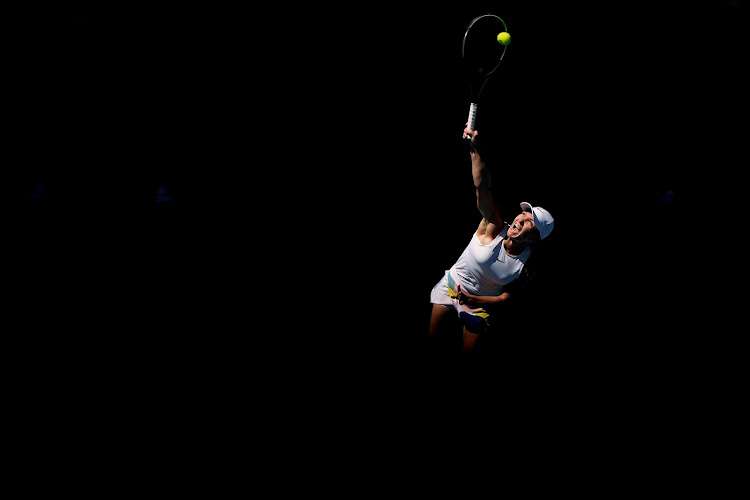 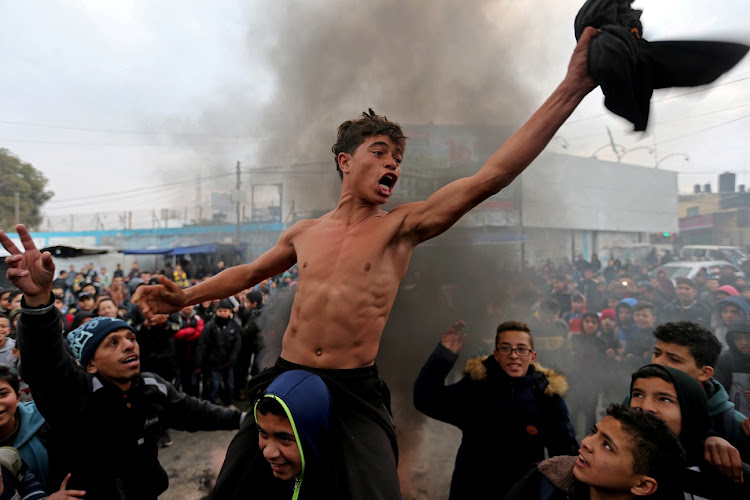 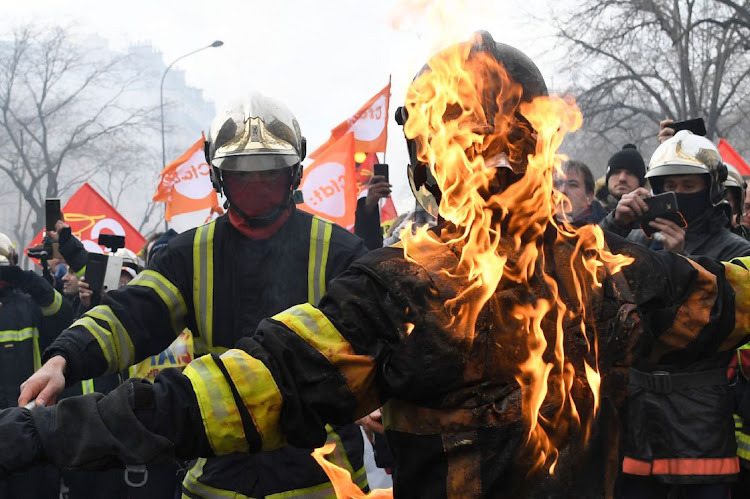 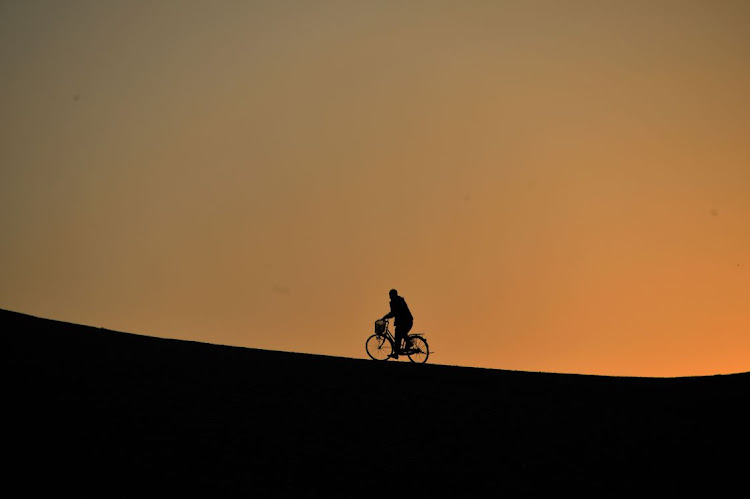 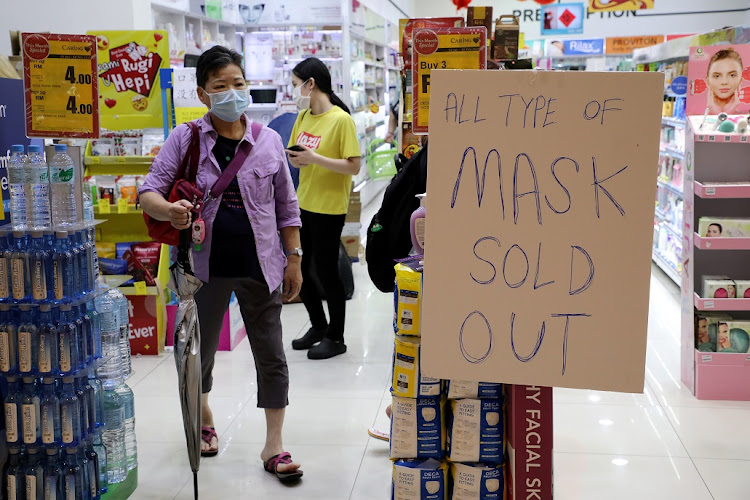 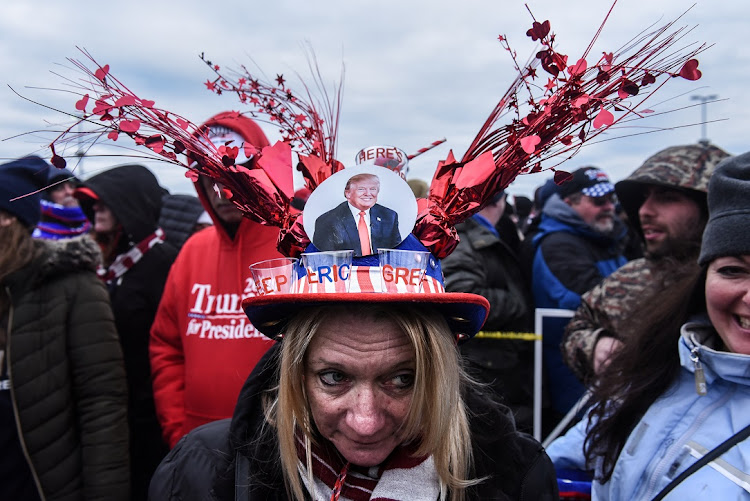 BELLRING LEADER A participant dressed up as 'Hartza' (bear) parades with bellringers at the ancient carnival of Ituren, in the Spanish Navarra province.
Image: Ander Gillenea/AFP

The world’s biggest vehicle components maker, Bosch, warned on Wednesday that ‘peak car production’ may already lie in the past. It forecast the third annual contraction in global vehicle output in a row for 2020. The group expects 2.6% fewer new cars to roll off production lines this year than last, at 89 million vehicles — down from a high of almost 100 million in 2017. Like other German firms in the sector, Bosch plans to press ahead with a tough restructuring after a 2019 sapped by the global growth slowdown. Falling car sales, especially in major markets China and India, undermined Bosch’s profitability last year. — AFP

Eurozone finds reasons to be cheerful

Consumer morale in Germany, France and Italy rose unexpectedly at the start of the year, data showed on Wednesday, suggesting that shoppers are ready to open their wallets and support overall growth in the three biggest economies of the Eurozone. Researchers said the partial agreement reached in the trade dispute between the US and China was good for sentiment among export nations highly dependent on the free exchange of goods. A stronger propensity to buy, stable employment and bright income expectations also helped foster the more cheerful mood among consumers. — Reuters

One of them worked alongside Clint Eastwood, others acted in the remake of sci-fi classic ‘Planet of the Apes’, while yet another was the darling favourite of Michael Jackson. They are the 53 chimpanzees and orangutans who live in a unique sanctuary in central Florida, US. All of these great apes were raised by humans and lack the basic survival skills to ever live in the wild. On tables arranged among the trees are paintings created by the chimps and orangutans, abstract and vibrant with colour. On a paper to one side, visitors write down their bids for the artwork. — AFP

India is now capable of making Pakistan ‘bite the dust’ in less than 10 days in any new war with its arch-rival, prime minister Narendra Modi said. The nuclear-armed neighbours have fought three wars and last February came close to a fourth with tit-for-tat air strikes sparked by an attack on Indian troops in Kashmir. Modi’s comments follow last year’s incident when an Indian fighter jet was shot down — and the pilot captured — by Islamabad after a rare aerial engagement. Modi said India’s new prowess was thanks to what he called ‘youthful thinking’. — AFP

A giraffe that bolted from a convoy destined for a Thai safari park was on the run on Wednesday as vets scoured farmland near the escape zone. Two leggy ruminants made the daring bid for freedom from the back of a poorly secured container truck as it slowed in highway traffic shortly after leaving Bangkok’s main airport on Tuesday afternoon. Rescuers caught one of long-necked escapees using a tranquilizer gun. But the other made a dash for the scrubland away from the convoy of 26 trucks heading for a breeding station run by Safari World, Thailand’s biggest animal park that describes itself as a ‘world of happiness’. — AFP

US House Democrats on Wednesday unveiled a proposed $760bn infrastructure spending bill over five years that aims to rebuild sagging roads and bridges and reduce carbon pollution. ‘America’s infrastructure is in crisis. For decades we have relied on a 1950s-era transportation system that has failed to keep pace,’ said Democrats. The plan calls for new spending on roads, bridges, rail, public transit, water, internet expansion, electric grids, aviation and ‘brownfield’ land that was possibly contaminated after previous industrial use. — Reuters

Could Prosus get another bite at Just Eat?

Posh brands wish you a snazzy year of the Chinese ...

A touch of the hooligan in the new Rolls-Royce ...

Blasts from the past: Rebel Windies blow past SA in 1984