Honour to heartbreak: Enoch was full of promise, says teacher

Don’t get into too much of a Faf about the Proteas. Here’s why

Given the burden of chronic diseases, taxes on alcohol, cigarettes and sugary drinks should go up, says a report

High alert: cannabis users are bad drivers even when not stoned

NPA has a beef with Mandrax accused’s cattle

SA must shape up maritime pollution laws or ship out

In the tightening grip of an autocrat, Benin must ...

Terror looms if it doesn’t deal with graft, the economy and a crackdown on the opposition, media and civil society

If you really are moved to heed the minister’s plea for ‘scientific ideas’, feel free to submit the following 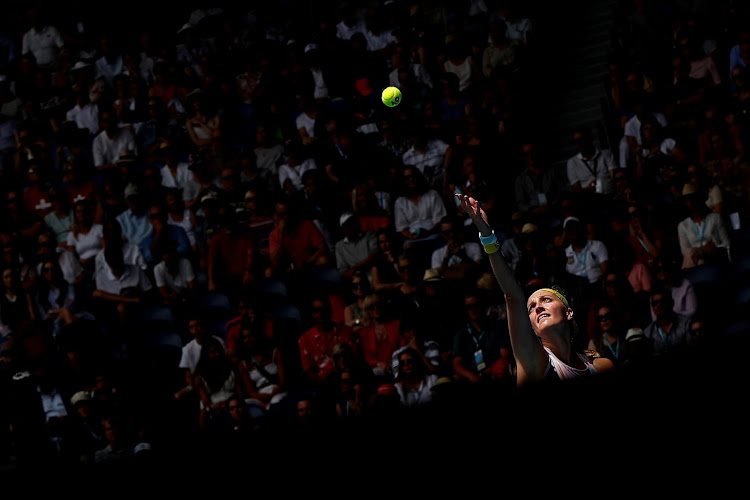 Buying grapes from roadside sellers along the N1 outside De Doorns is potentially dangerous. Police have issued a fresh warning to motorists to refrain from stopping for the informal grape sellers on the N1 near the GG camp informal settlement outside the town. "In most incidents, motorists stop with the intention to buy grapes, and criminals rob them of their belongings such as cellphones and cash," Capt FC van Wyk said. Several cases of common robbery had been reported, and officers were working around the clock to arrest the suspects.

The high court in Pretoria on Tuesday dismissed a bid by former SAA chairperson Dudu Myeni to appeal against an order the court made last month. In the December 12 order, the court dismissed her special plea that the Organisation Undoing Tax Abuse (Outa) did not have legal standing to bring an application to declare her a delinquent director. The application by Outa and the SAA Pilots' Association was set to start on Monday but Myeni applied for leave to appeal against the December 12 order. This application was dismissed by Judge Ronel Tolmay on Tuesday, who said it was filed after the 15-day limit had lapsed to note an appeal.

Two men were set to appear in the Durban Magistrate's Court on Tuesday for possession of four elephant tusks. KwaZulu-Natal Hawks spokesperson Capt Simphiwe Mhlongo said both men were arrested at Marine Parade in Durban during a joint operation on Monday. "Members of the Hawks together with the Durban Serious Organised Crime unit, Point Task Team and Umlazi Tactical Response Team received information about the suspects who were in possession of the elephant tusks." The value of the tusks is unknown, but it is understood ivory sells for between R22,000 and R26,400 a kilogram on the black market.

Autopax staff to get balance of pay: unions

Workers at Autopax would be paid the balance of their salaries by Wednesday, the National Union of Metalworkers of SA (Numsa) and the SA Transport and Allied Workers Union (Satawu) said on Tuesday. On Friday, Autopax advised employees that it would be able to pay only half salaries this month. It did not say when the balance would be paid. Autopax is a subsidiary of the Passenger Rail Agency of SA (Prasa) and operates inter-city bus services City to City and TransLux. Numsa said it met Autopax managers on Monday to deal with the matter.

The North West University (NWU) has closed its Mahikeng campus after an outbreak of violence on Monday. This after the SA Union of Students (Saus), student representative presidents and secretaries-general called for a national shutdown of all universities. A group of students has been preventing people from entering the campus since Monday morning, spokesperson Louis Jacobs said. Jacobs said a group of senior seniors had also assaulted other students and damaged university property.

Two correctional services department officials were killed after an apparent domestic dispute on Monday. The department said Visham Singh, 46, and his wife, Liezel Singh, 42, were declared dead by police when they were discovered in a residence for married warders at Pietermaritzburg Medium A prison, where they worked. It is understood they had been shot. “It has been reported that there was a gun shooting with a private firearm at Hermes 3 (residence for married warders) at about 2.30pm today (January 27), which seems to be related to domestic violence,” said the department. “At the moment we don't have more details of what led to this tragic incident and we are waiting for the report from the police.” 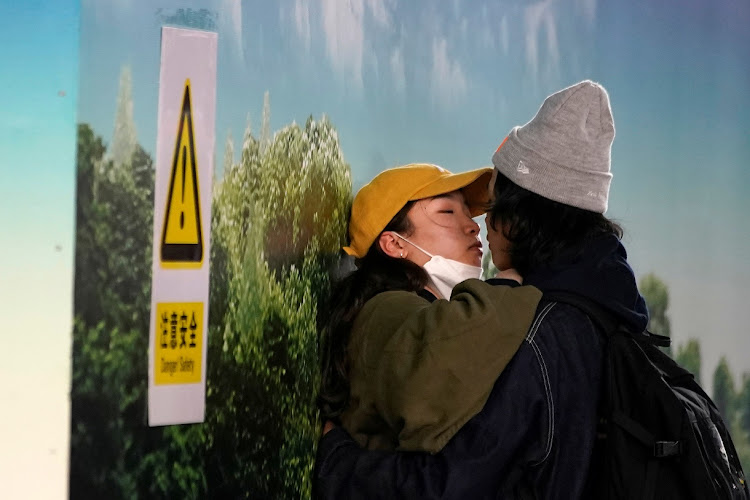 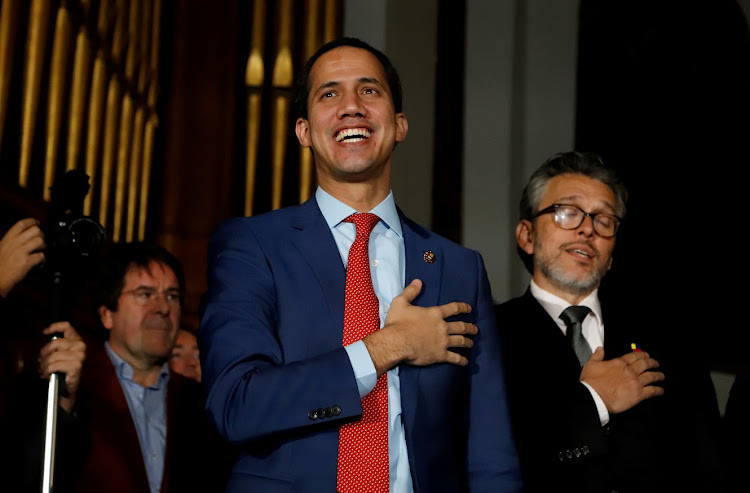 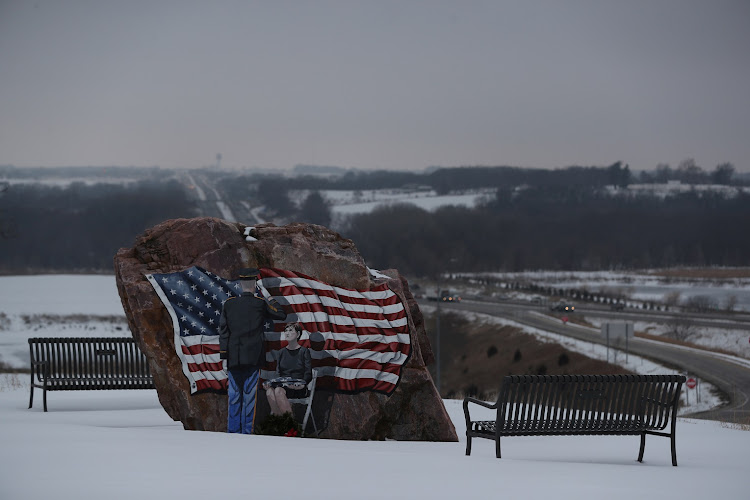 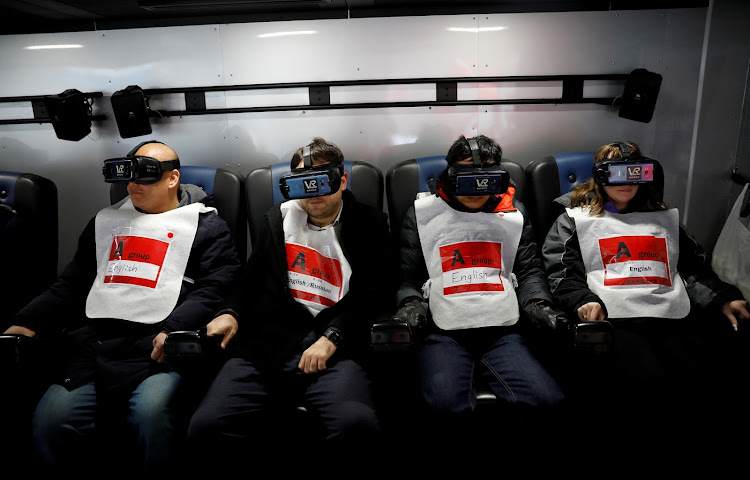 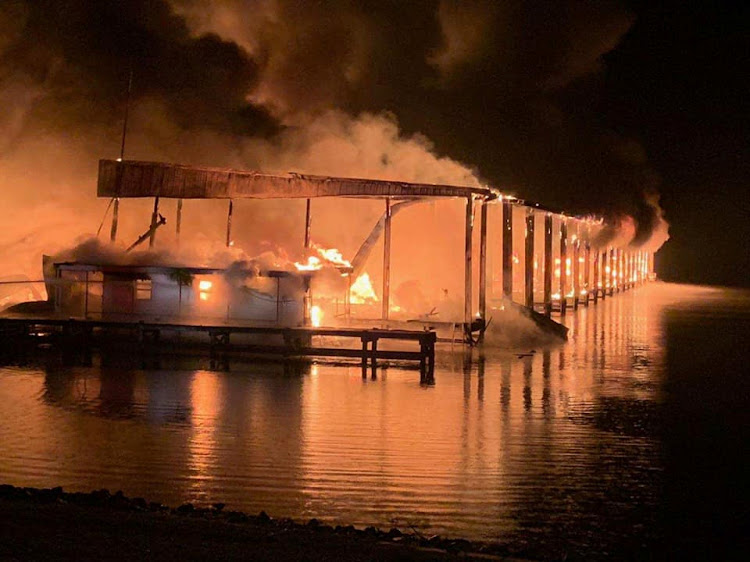 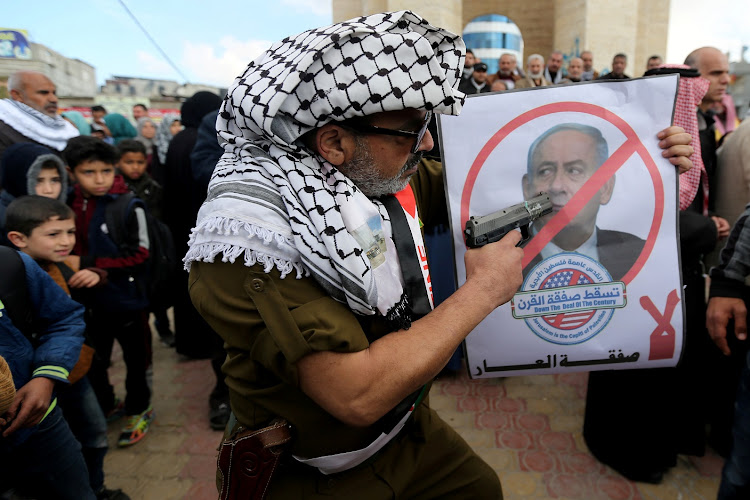 UK says yes to Huawei, but it’s a bit sensitive

Britain says it will allow Chinese firm Huawei a limited role in building its 5G. It said high-risk vendors would be excluded from the sensitive core of networks, and there would a 35% cap on their involvement in the non-sensitive parts. The US wanted PM Boris Johnson to ban Huawei completely, accusing Beijing of espionage. – Reuters

Shrimp to go from petri dish to your plate

Shiok Meats, a Singapore-based start-up, aims to become the first company in the world to bring shrimp grown in a laboratory to diners’ plates. Demand for meat substitutes is booming, as consumer concerns about health, animal welfare and the environment grow. More than two dozen firms are testing lab-grown fish, beef and chicken. – Reuters

Danish newspaper Jyllands-Posten refused to apologise to China over a satirical cartoon about coronavirus. The cartoon depicted a Chinese flag with the yellow stars normally found in the upper left corner exchanged for drawings of the virus. China’s embassy in Denmark responded the same day and issued a statement calling the cartoon ‘an insult to China’. – AFP

According to a new US study, global warming of just 2°C could see the world’s wine-producing regions shrink by more than half. With 5°C of warming, 85% of current wine-producing land would be unable to produce good vintages. – AFP

It’s the end of the road for Lagos motorbikes

Lagos, Nigeria, will ban commercial motorcycles from many areas of the city, citing overcrowding and safety, authorities said on Monday, a move that could change the commute for thousands and threaten ride-hailing startups. Companies such as Max.ng, Oride and Gokada have been aiming to capitalise on the congested Lagos roads and the city’s teeming population to expand their operations. – Reuters

Israeli PM Benjamin Netanyahu was formally indicted in court on corruption charges after he withdrew his request for parliamentary immunity from prosecution. Netanyahu was in Washington for meetings with US President Donald Trump when Israel’s attorney-general filed the charges in a Jerusalem court. Netanyahu, who denies any wrongdoing, lacked sufficient votes in the legislature for approval of his request for immunity. – Reuters

Stock markets totally out of sync with global pessimism

Now 518 days without a death, compared to brutal days in 2018 when more than 20 people died

Private schools company has been acting up of late

Marly ghosts in to assume prime position in Camps Bay

Blasts from the past: Joyi to the world for boxer