SA is about to burn to the ground, and an ANC cult has the matches

Aggett told me how he suffered: cop recalls culture of racism, violence

Locals say ministers Cele and Motsoaledi are all talk, and claim foreigners are to blame for crime

They want a guarantee the girl will not be a risk to herself and others, but her dad says they’re victimising her

It rained, it poured, but SA is still in the midst of a drought

Drought-management specialists say there has not been enough summer rain

The KwaZulu-Natal department of education has launched an investigation after a grade R pupil was burnt on the school premises. The department said on Monday five-year-old Mpendulo Mkhezi was burnt on the hands after he left his classroom to go to the bathroom at Andrew Zondo Primary School in Illovo, south of Durban, on Wednesday. “It is said educators heard screams from outside, only to discover a pupil's hands had been burnt,” said the department. It is believed a fire was started to burn refuse at the school which had not been collected.

Freedom Under Law (FUL) says it supports a call made by the National Association of Democratic Lawyers (Nadel) for Western Cape judge president John Hlophe to be placed on special leave. FUL was reacting to a complaint lodged by Hlophe’s deputy Patricia Goliath to the Judicial Service Commission last Tuesday, saying Hlophe and his wife Gayaat Salie-Hlophe should be investigated for “gross misconduct”.

A national shutdown is under way at some public universities across the country. This is after the SA Union of Students (SAUS), student representative presidents and secretary-generals met at the weekend and resolved that they should embark on a national shutdown of all universities until their demands are met. SAUS national spokesperson Thabo Shingange said students from vulnerable and "missing-middle" backgrounds cannot register due to historic debt, while “thousands of students cannot get meaningful employment because their academic records are withheld by their institutions”.

A new security wall meant to protect Cape Town’s Hout Bay harbour has already been partially destroyed by vandals. Hout Bay harbour master Pumla Feni-Gela on Monday confirmed that harbour officials now feared for their personal safety without proper access control, just weeks after the wall was erected at taxpayers' expense. “We are working in fear and we don’t know what will happen,” Feni-Gela said. Pictures of the damaged section show large wall panels either missing or smashed on the ground.

DA mayors in Tshwane and in George could be given the boot for dragging the party's name through the mud, DA leader John Steenhuisen said on Monday. Tshwane mayor Stevens Mokgalapa was hauled over the coals by the DA for allegedly having an intimate engagement with a mayoral committee member in his office. George mayor Melvin Naik was implicated in corruption by a forensic report commissioned by the Western Cape government.

After a 15-month deployment, the defence force team sent to clean up the Vaal River system confirmed on Monday it would withdraw its services on January 31 2020. As a result of its work, seven pump stations are now operational and another 24 are functioning but still require attention. The rehabilitation project began in 2018 after raw sewage flowed into the river from pump stations in the Emfuleni municipality on the northern bank. A government assesment in October 2018 indicated that in order for the treatment plan to be fully operational, defence force engineers were needed for a number of tasks, including unblocking sewer lines and manholes. 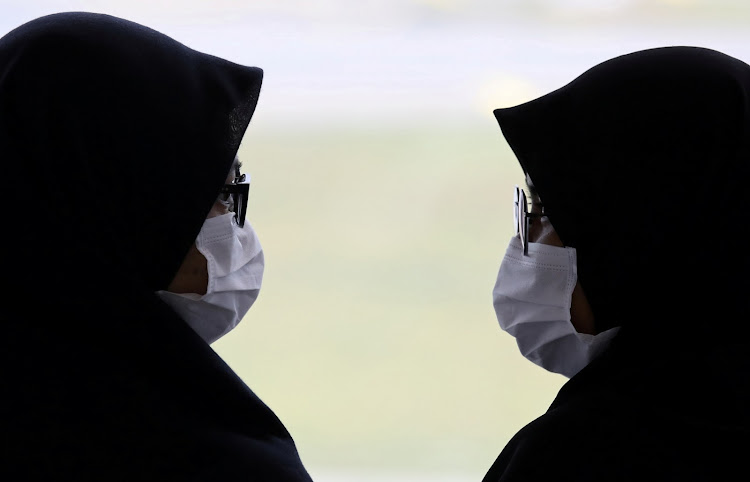 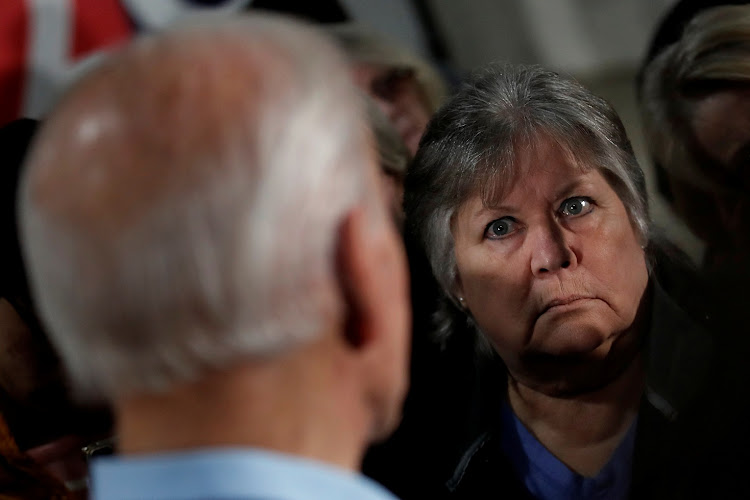 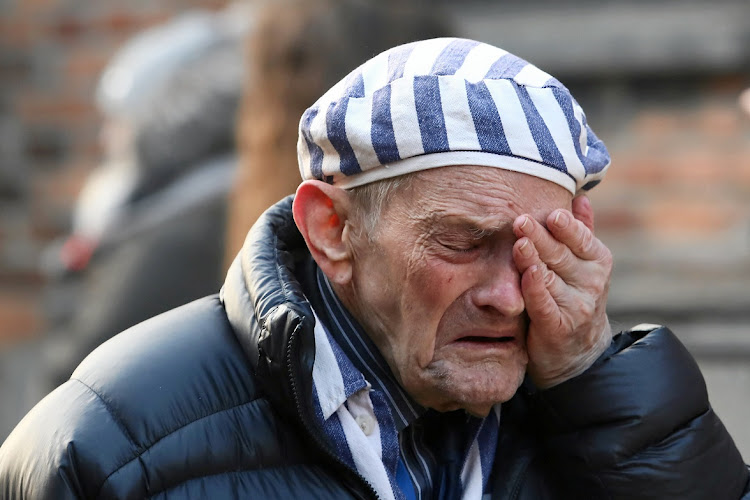 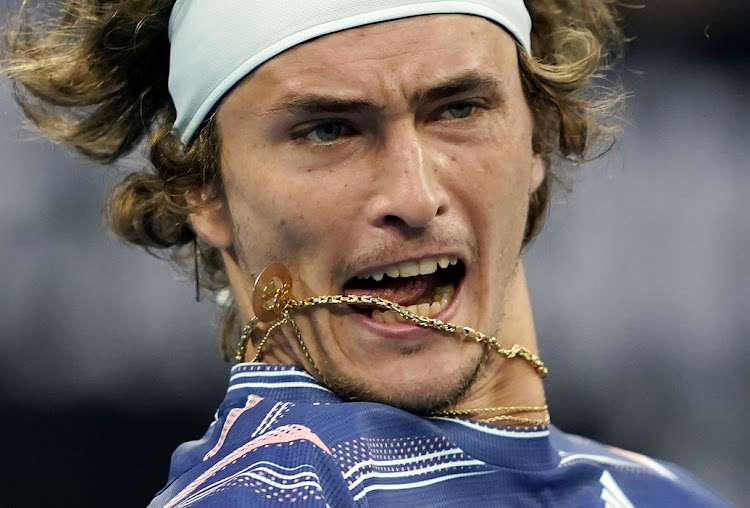 Meghan’s father says he’d like to see her, even ...

In a new interview, Thomas Markle says his estranged daughter has ‘ghosted’ him

BIG LOSS A mourner gathers with others in Los Angeles to pay respects to basketball star Kobe Bryant, who died in a helicopter crash.
Image: Reuters/Kyle Grillot

Yellow and goodbye to mutilating grenades

France is to immediately ban a controversial police stun grenade containing TNT and blamed for maiming dozens of protesters as the Macron government seeks to counter claims that it has failed to rein in perceived police brutality. The GLI-F4 grenade, used by French riot police since 2011, was widely used during violent "yellow vest" protests in 2019 because of its loud, powerful blast that releases a tear gas cloud thanks to 26g of TNT. The interior ministry and police unions have previously defended it, saying it had helped them beat back assailants bent on extreme violence. – © Telegraph Media Group Limited (2019)

A retired milkman has become the first person to have an entire lung removed during surgery using a minimally invasive technique. Raymond Page, 74, from Peterborough, Cambs, underwent the procedure at Royal Papworth Hospital after he was diagnosed with stage 4 cancer. The technique involves a 150-minute operation with a tiny cut in the abdomen between the ribs. Surgeons normally reach the lung through an incision sometimes four times the size in the side of the chest. After surgery Mr Page had a 5cm scar and was up walking and joking with his wife shortly afterwards.– © Telegraph Media Group Limited (2019)

Death by chocolate at cake-eating contest

A woman died while taking part in a cake-eating competition to celebrate Australia Day, local media reported Monday. Paramedics were called to a pub in the state of Queensland on Sunday afternoon after a woman was involved in a "medical incident". Public broadcaster ABC reported the 60-year-old had a seizure after she "shovelled a lamington into her mouth". Lamingtons, a traditional Australian dessert, are cube-shaped sponge cakes dipped in chocolate and covered in grated coconut.The woman was rushed to hospital but later died, ABC reported. She was a contestant in the Beach House Hotel's annual Australia Day lamington and meat pie eating contest. - AFP

We’re out, but boffins can stay, says UK

Britain has announced a new fast-track visa scheme for top scientists, researchers and mathematicians as it prepares a new immigration system for life outside the European Union. Prime Minister Boris Johnson revealed the plan just days before Brexit finally takes place on January 31. Concerns about mass migration were a driving force in the 2016 campaign to leave the EU, and Johnson has promised to end free movement with the bloc. But he said on Sunday: "As we leave the EU, I want to send a message that the UK is open to the most talented minds in the world, and stand ready to support them to turn their ideas into reality." - AFP

Sixty programmers in Prague have created and launched an IT system selling virtual motorway toll stickers, in a move to protest against an overpriced government contract, organisers said on Sunday. The Czech government of billionaire Prime Minister Andrej Babis initially struck a 401-million-crown (R256m) deal with the Asseco Central Europe company to supply the IT system. But the price led entrepreneur Tomas Vondracek, the head of a Prague-based IT company, to mobilise programmers from home and abroad and offer the government a new IT system for free. - AFP

In the rich volcanic soils of central Madagascar’s Itasy province grows a rare and fragrant coffee coveted by bats and humans alike. The twist: humans want it even more after the bats have nibbled on it.Bat spit gives the beans a uniquely smooth flavour, say consumers, sending demand for an already expensive speciality bourbon pointu coffee soaring to nearly $110 (R1,600) per pound. Farmers around the world are turning to premium and rare beans, some including an animal touch, to shore up their incomes amid a global production glut that has driven down prices .

Once you cross the line it’s hard to come back. There is no more welcoming a club than a den of thieves

Tongaat Hulett: Big smack for whoever was asleep on the job

If Tongaat is going to rebuild its reputation and instil an ethical culture, someone must be held accountable

Just for the record: Lots of good, a little bad and hardly any ugly

Novel ideas: Ten of the best book-based films and series

Art Week Cape Town: Views of the world in a wash of colour

Blasts from the past: Amla leads Windies wipeout