Yes, we want Cyril to get a spine, but we don’t want him to turn into Putin

When we call on Ramaphosa to act decisively and show a ‘strong fist’, we should be careful what we ask for

Tharina Human even planned to grab her sister-in-law so she could pay back ‘Nigerians’, court papers reveal

If they promise a rose-scented vagina, I smell bulls**t

Yacht crew thinks unidentified flashing object is out of this world

One in four SA women with albinism has been raped. There are complex social issues behind this shocking statistic

App will test criminals who prey on SA schools

Crime-hit schools are turning to technology to become cashless institutions

They wrote it this week: What happens when an ...

It was during routine stop-and-search operations that police discovered the plight of 79-year-old Sisana Muad Mbinambina who lived in a one-room shack with her daughter and five grandchildren. The cramped shack was a safety hazard for the family - who live on Mbinambina’s pension - at NU12 Motherwell in the Eastern Cape. But their circumstances changed dramatically on Sunday when the SAPS handed the family a newly built and furnished three-bedroom house as part of its corporate social initiative. The grandchildren are aged between six and 11.

At least six people were killed when a bus ferrying passengers to an ANC 108th anniversary rally crashed on the R81 at Ga-Sekgopo in Limpopo on Sunday. The bus was en route to the celebration at Mohlabaneng village outside Giyani. Limpopo transport MEC Dickson Masemola told SABC news on Sunday that he was at the scene of the “terrible bus accident” where a number of people had been certified dead and others were trapped in the wreckage.

A potential settlement agreement may be on the cards in the hate speech case brought by the SA Human Rights Commission against Springbok lock Eben Etzebeth. Commission chair advocate Bongani Majola told Rapport newspaper that the institution remained open to a possible settlement. “Hearings are expensive and time consuming. And settlements help sometimes to complete a case quickly,” he said. Etzebeth’s legal team did not comment.

A law firm is threatening to withdraw its services to the embattled and “broken” Passenger Rail Agency of SA (Prasa). eNCA reported on Sunday that the agency owed Cliffe Dekker Hofmeyr more than R9m. The firm and Prasa did not immediately comment on the issue but a letter obtained by the broadcaster indicated that Prasa owed R9.4m, excluding work in progress that still had to be billed for. GroundUp reported just over a week ago that Werksmans Attorneys was owed R19m in outstanding fees by Prasa.

The new chief executive of Eskom said on Sunday a plan to split the loss-making company should not be rushed, because risks associated with the process need to be assessed and managed properly. President Cyril Ramaphosa announced last year that Eskom would be split into units for generation, transmission and distribution, as part of plans to overhaul of SA’s power sector and open the industry up to more competition. But in an interview with eNCA on Sunday, Andre de Ruyter said while Eskom was committed to a restructuring of the power industry, the utility wanted to carefully manage risks associated with the process.

Former justice minister Michael Masutha has confirmed a new probe of alleged “island capture” on Robben Island. News of the probe by the Robben Island Museum board follows a meeting last week between management and Masutha. The 54-year-old politician was appointed to chair the board late last year after the resignation of his predecessor, Bernedette Muthien, and another member who both cited governance concerns. Masutha said the new probe had been prompted by a forensic report on alleged mismanagement of the museum, commissioned by arts and culture minister Nathi Mthethwa after complaints from the Ex-Political Prisoners Association.

FEVERISH ALARM Excavators at the construction site of a new hospital being built to treat patients from the virus outbreak in Wuhan, China. It is expected to take 10 days to complete.
Image: STR/AFP 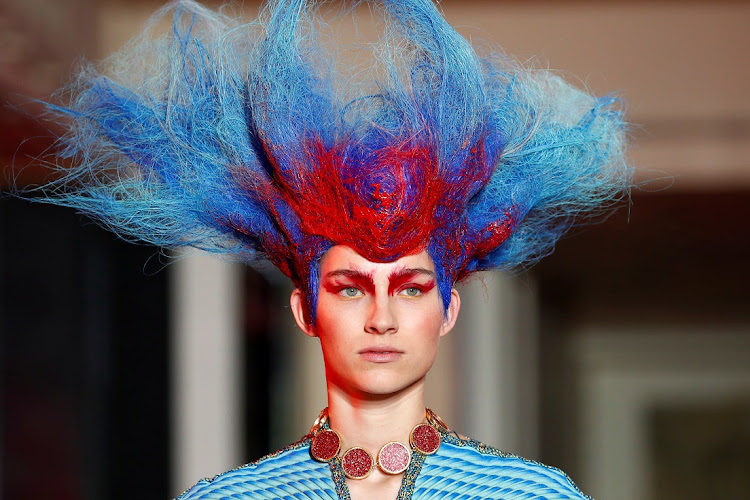 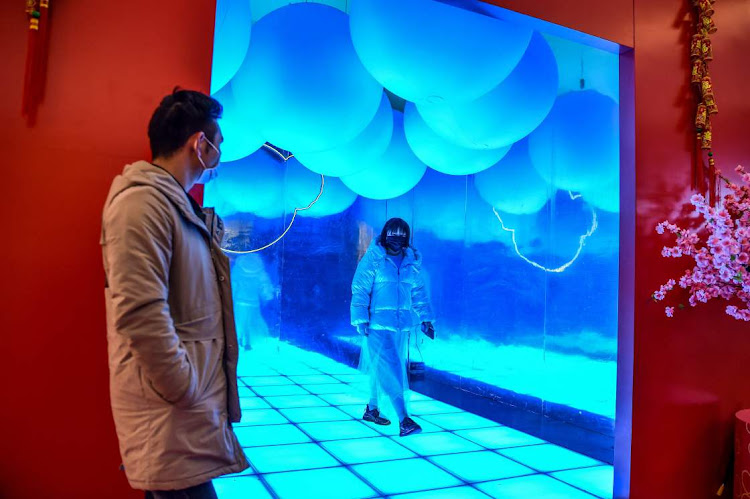 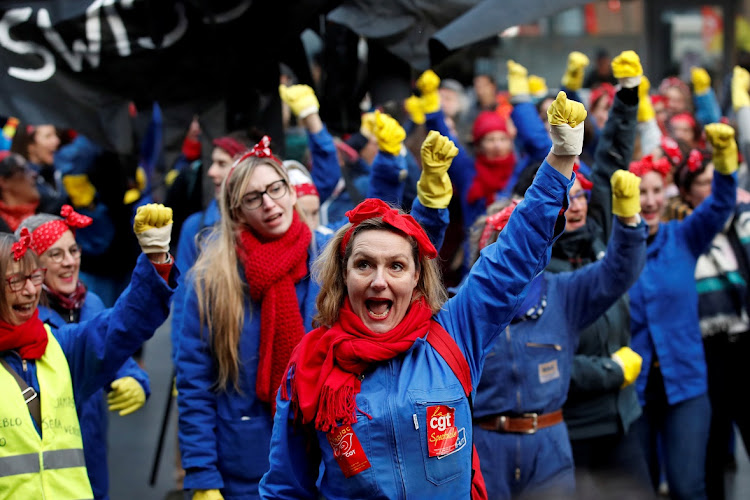 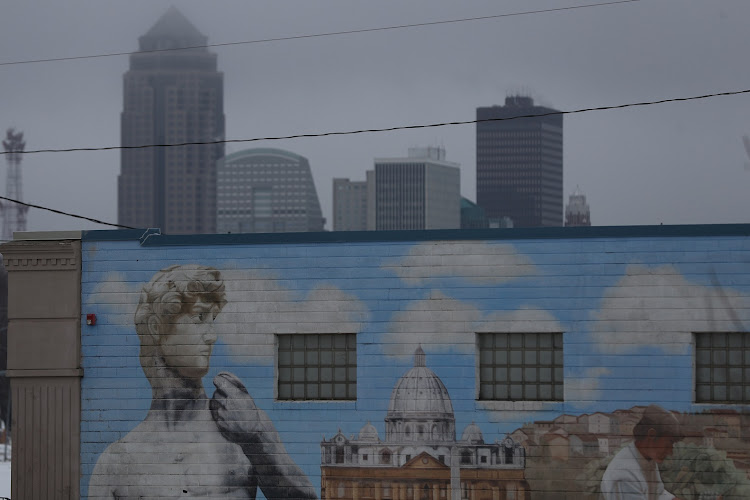 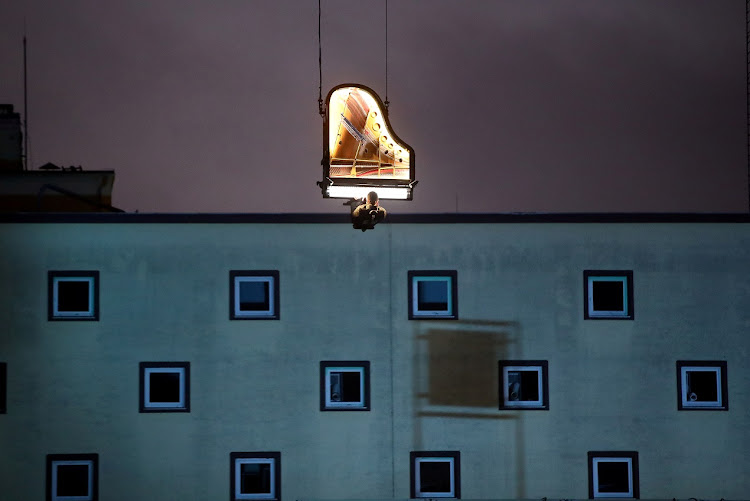 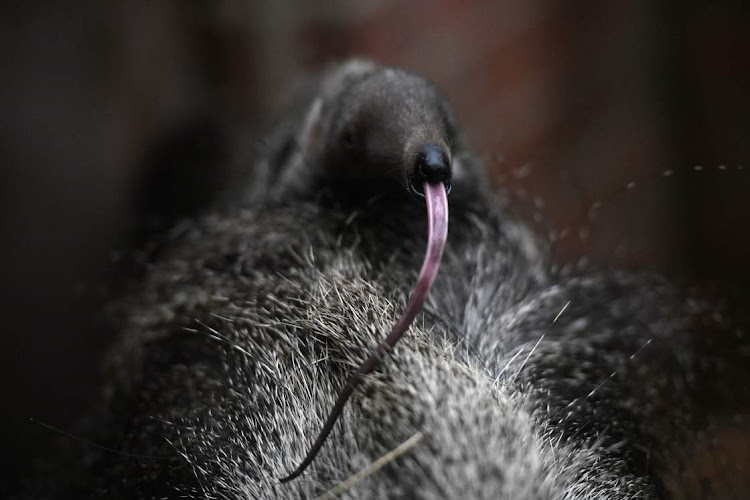 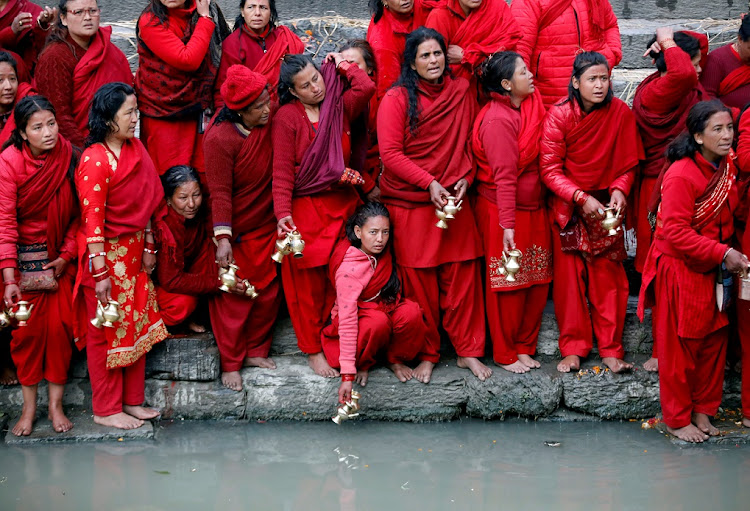 GO WITH THE FLOW Hindu devotees fill their pots with water from the holy Bagmati River during the Swasthani Brata Katha festival in Kathmandu, Nepal.
Image: Reuters/Navesh Chitrakar

France is losing the battle to save good bread, the historian considered the worlds foremost authority on the subject has warned. American Steven L Kaplan, who was decorated by France for his services to bread, says government efforts to begin a baking renaissance have failed to topple the tasteless white baguette throughout most of the country. Kaplan added that France was facing a “perfect storm” of factors - from globalisation to complacency - that have blunted the ability of bakers and consumers to care about or even recognise a top quality loaf. – Telegraph Media Group Limited (2020)

US neo-Nazi leader operates from Russia

The founder of an American militant neo-Nazi group runs its operations from Russia, according to court papers. The FBI describes The Base as a “racially motivated violent extremist group” that “seeks to accelerate the downfall of the United States government” in court filings. The identity of the group's leader, who writes under the alias Norman Spear, was revealed as Rinaldo Nazzaro, 46. Nazzaro married a woman with a Russian name in New York in 2012. The couple moved to St Petersburg in 2018. – Telegraph Media Group Limited (2020)

Mummy speaks from the dead

When Egyptian priest Nesyamun died more than 3,000 years ago his last wish was that he be allowed to speak in the afterlife so he could address his gods, and be granted entry into eternity. Now, with the help of science, the holy man has indeed found his voice after death. British academics scanned his mummy, 3D-printed his vocal tract then played soundwaves through it to create an impression of how the priest might have sounded. So far, the only noise they’ve created is a nondescript bleat, sounding something like “beh”, but the researchers are hoping to use computer modelling to recreate words and even sentences. – Telegraph Media Group Limited (2020)

Halfway through a dinner at the Trump Hotel, Donald Trump can be heard giving the order to remove the U.S ambassador to Ukraine, Marie Yovanovitch, according to a video that surfaced on Saturday. Halfway through the recording, after one of the participants suggests Yovanovitch is a problem, Trump’s voice can be heard saying “Get rid of her! Get her out tomorrow. I don't care. Get her out tomorrow. Take her out. Okay? Do it.” Democrats say Trump associates spent nearly a year trying to oust Yovanovitch because they saw her as an obstacle in their efforts to pressure Ukraine into investigating Trump’s political rival in the 2020 election, Joe Biden. – Reuters

The Paris Opera reopened on Saturday night after weeks of strike action against the French government’s pension reforms that have cost the arts organisation millions of euros in ticketing losses. Dancers and musicians have been striking alongside public sector workers to oppose the government's plan to scrap more than 40 separate pension schemes and replace them with a single points-based system. More than 70 shows have been cancelled since December at a loss of nearly $16.5m. But on Saturday night, it opened its doors for “The Tales of Hoffman”. - AFP

Since Bongisizwe Mpondo ticks the right boxes for the job, prospects of success finally look better

Development of policy has been done in isolation from private providers, creating mistrust, they say

Graft is a complex beast, so we need a multipronged approach to kill it

Is running a mile in Nike’s Vaporfly takkies ...

They can improve running performance by up to 6%