Security branch got hold of the list, and that is what led to his capture, witness tells inquest

How safe are patients and doctors? That’s the billion-rand question

Following the murder of an intern, the latest of many attacks, we look at how security is being beefed up in hospitals

Maths, science and dodging bullets – the life of a SA teacher?

They say it could easily make public health worse, not better

From a UK house to the Karoo: a cheetah’s amazing journey

In a first, after being raised in a Kent home, Saba will spend the rest of his life roaming the Great Karoo

You may snigger, but Vernon Kruger’s pole-sitting is a feat for all ages

He won’t change the world, and there are greater masters of lofty endurance, but our man in Dullstroom is a real artist

Merci dieu! We can be grateful it’s not Eskom sailing to save our internet

If there’s anything slower than our wifi at the moment, it’s the pace at which things get fixed in SA

Lords know, there’s newt so silly as a rat-arsed owl in a hot bath

ACUTE Australia's Nick Kyrgios plays against France's Gilles Simon in the second round of the Australian Open.
Image: Reuters/Hannah Mckay

SA’s health department said on Thursday port health authorities have enhanced surveillance for all travellers from Asia, especially China, following an outbreak of coronavirus in the country. OR Tambo International Airport is the only port of entry for direct flights from Asia, it added, saying the measures had been put in place owing to the current risk the virus could be imported to SA. - Reuters

Reward for taxi driver who helped in birth

Richards Bay taxi driver Nhlonipho Zulu was left speechless when the SA National Taxi Council rewarded him with R40,000 for helping a woman deliver her baby. “I was so happy because I wasn’t expecting any of it. It encouraged me and my fellow drivers in showing that if you do the right thing you will be rewarded,” Zulu told TimesLIVE on Thursday. He said he hadn't decided what to do with the money. Zulu, a father of one, was hailed as a hero at the beginning of January after he helped Ntombenhle Mthembu deliver her baby in the back of his taxi.

The KwaZulu-Natal department of education will be relocating a school in Umzimkhulu, in southern KZN, after a tombstone was erected in one of the classrooms. Pupils at Mthwane Senior Secondary made the discovery when they returned for the 2020 academic year last week. According to Daily News, a woman, whom they did not name, claimed her grandfather was buried on the land and that she had informed the department that the grave was there. The woman said her grandfather was given the farm land in the 1960s. There are also other graves at the school.

Authorities say they have identified the motorist who clocked more than 300km/h on a highway in Gauteng. “He must come forward and present himself or we will visit him at his place of residence in Midrand,” the Road Traffic Management Corporation tweeted on Thursday. The video, which starts with a speed of 243km/h on the dashboard, was shared on social media on Sunday. The motorist goes on to clock 308km/h in what appears to be an Audi TTS. The motorist was seemingly driving on the N1 south in Midrand.

A municipal worker made a grim discovery while emptying a dustbin at the Durban beachfront on Thursday. Members of the SAPS and Metro Police Search and Rescue units were dispatched after the Durban Solid Waste worker found a female foetus in a bin on a pier near Wedge Beach. Police spokesperson Col Thembeka Mbele said: “A case of concealment of birth was opened.” This month a 23-year-old woman from KwaNdengezi near Pinetown was arrested and charged with murder after a foetus was found buried on a property she lived at.

A KwaZulu-Natal woman has been arrested for allegedly conspiring with her domestic worker to suffocate and strangle her 62-year-old husband. Police spokesperson Col Thembeka Mbele said the victim was at his home in Phoenix, north of Durban, on Monday. “The victim was seated in the lounge of his home in Phoenix watching TV when he was attacked by three women who covered his head with a bin bag. The women began strangling him with a scarf … While the attack was in progress the suspects were joined by the victim’s wife, who also attempted to suffocate him.” The man managed to activate the panic alarm and a neighbour came to his rescue. 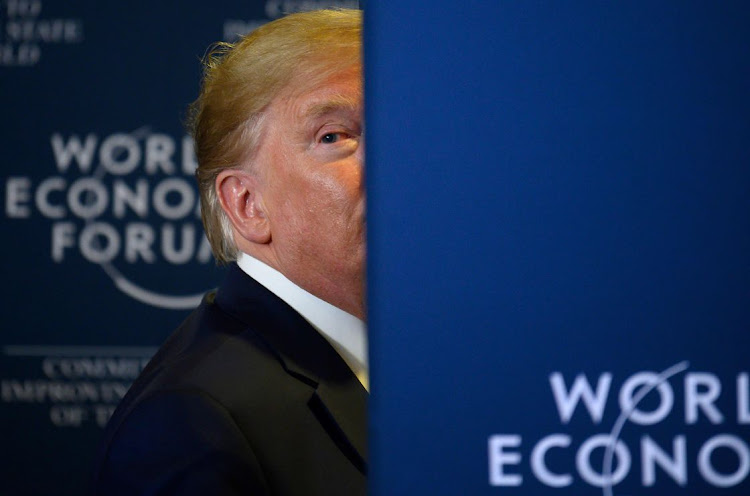 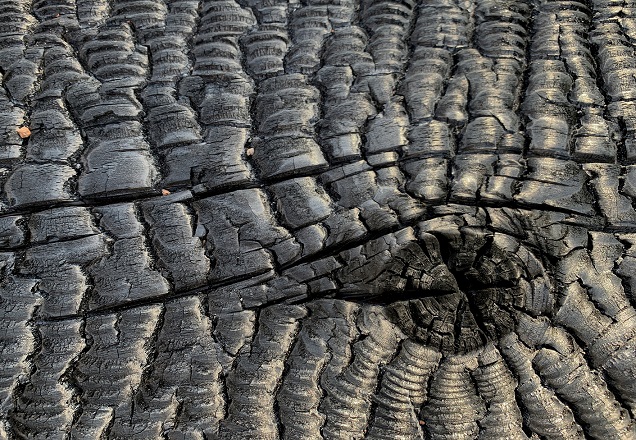 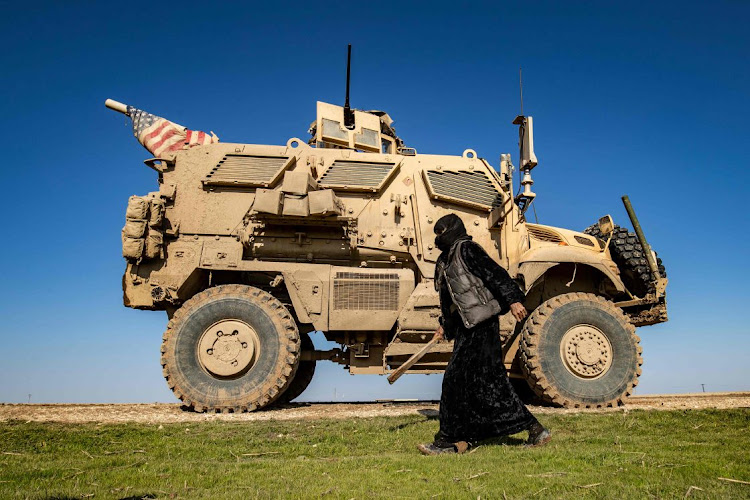 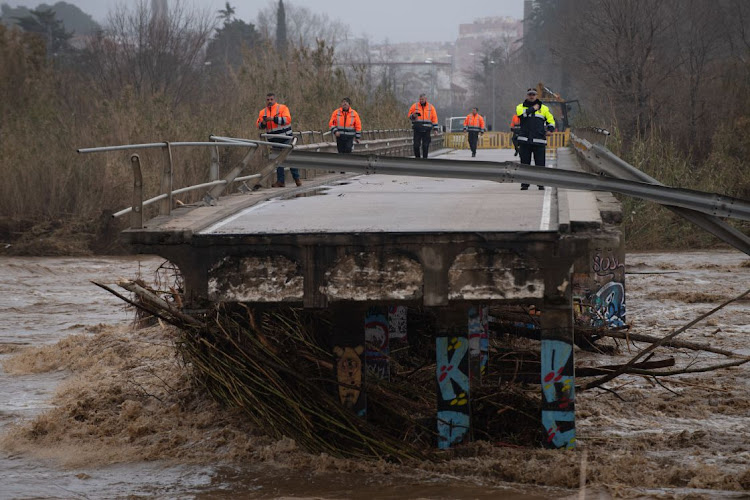 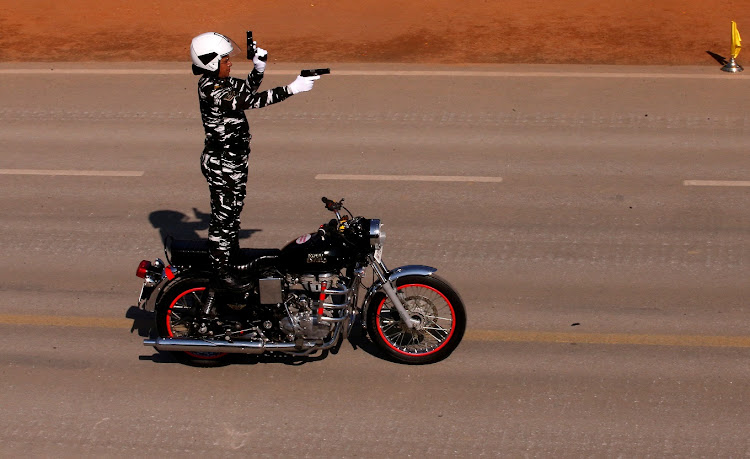 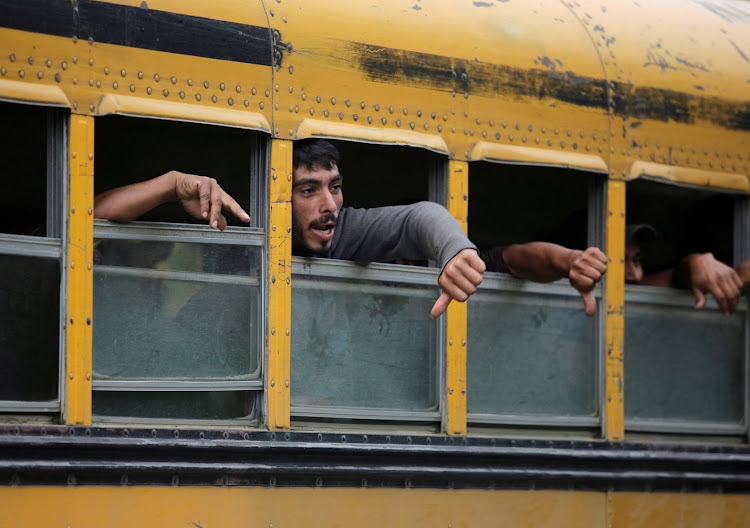 TO DIE IN STYLE A model stands in a coffin next to model Karlie Kloss during Jean Paul Gaultier’s final show in Paris.
Image: Reuters/Charles Platiau

First wolf in a century spotted in SW France

A grey wolf has been sighted near the Charente-Dordogne border in southwest France - the first seen in the area for almost a century as the once-extinct predator continues to spread. The wolf was spotted and filmed by Marine Varraniac-François, 28. The sighting was confirmed by France's biodiversity office and is the first confirmed wolf presence in Charente since 1926. Varraniac-François told Le Parisien: "At first I thought it was a big dog, but it looked a lot like a wolf. You could tell he was scared." France's wolf population surpassed 500 in 2019, making it "demographically viable" in a milestone hailed by conservationists but which farmers warn could see an exponential rise in attacks on their livestock.– © Telegraph Media Group Limited (2019)

On Wednesday, 27 years after he was forced to leave the Royal Navy because of his bisexuality, Falklands veteran Joe Ousalice was having his medals that were confiscated - one literally cut off with scissors while he was wearing it - returned. After taking the ministry of defence to court in December, Ousalice was granted the return of two medals and three badges, as well as a verbal and written apology. They were being delivered by a rear-admiral, in a move that Ousalice has been fighting for since the day he was dismissed. – © Telegraph Media Group Limited (2019)

The final word on rapper’s demise

The rapper Juice WRLD died of an accidental opioid overdose, Chicago’s medical examiner has said, one month after the rising artist suffered a seizure at one of the city's airports. "The manner of death is accident," the Cook County Medical Examiner's Office said of the December 8 death of the 21-year-old, who was born Jarad Higgins. "The office determined that Higgins died as a result of oxycodone and codeine toxicity" - powerful painkillers in the same drug family as morphine and heroin. - AFP

Actor Cuba Gooding Jr will stand trial April 21 on charges he groped three women, a judge has ruled, in the latest #MeToo case to reach the courts.The 52- year-old is accused of inappropriately touching one of the women in a restaurant in Manhattan in September 2018. He is also accused of pinching a second woman's buttocks at a nightclub the next month and of grabbing another woman's breast without her consent at a New York bar in June 2019. Gooding, who won the Oscar for best supporting actor in 1997 for the American football movie "erry Maguire, has pleaded not guilty. - AFP

The German government has handed three works of art stolen during the Nazi occupation of France back to descendants of their original owner, collector and Jewish lawyer Armand Dorville. It was part of a programme to return artefacts looted by the Nazis, included two paintings Dame en robe du soir (woman in an evening gown) and Portrait d'une dame (portrait of a woman) by Jean-Louis Forain. The third was a drawing by Constantin Guys, a Dutch-born Frenchman who worked as a Crimean war correspondent. They are among hundreds of looted items logged for return to owners or their descendants by German-Austrian collector Cornelius Gurlitt, who died in 2014. - AFP

… but neo-Nazis are as artless as ever

Unwanted visits from neo-Nazis are becoming an increasing problem for the memorial centre at the former World War 2 concentration camp at Buchenwald in eastern Germany, museum director Volkhard Knigge said on Thursday. Right-wing extremists were taking part in "targeted and pre-planned disruptions of tours" of the former camp, Knigge told the Neue Westfaelische newspaper. Amid worldwide commemorations of the 75th anniversary of the liberation of the camp, Knigge said: "We increasingly find messages in the guest book claiming that Nazism and the concentration camps were sensible and good for the Germans.” - AFP

Lead actor in ‘Trackers’ is busy filming UK drama series ‘Bulletproof’ in Cape Town, soon to be on DStv

Faf is stuck on the crease as skipper, but only for now

By virtue of form, or the lack of it, Du Plessis does not have the luxury of being able to say goodbye on his own terms

Blasts from the past: Three by Ace in Soweto derby thriller