Enoch was by no means the first to drown, so what’s really going on?

NEC proposes merging some SOEs and closing loss-making ones, and finding equity partners is also on the table

Apartheid cops tormented us after Aggett’s death, says his sister

We’re open to foreigners, but the law’s the law, warns Cele

How SA champ conquered her desert demons for a Dakar dream

She vowed never to do the gruelling race, but ended up on the podium in a first for Africa. Now she wants more

A grey area no more: fight-or-flight really does turn your hair white

Pupils at a Pietermaritzburg school have been sent home because the municipality has cut off the water after the school failed to pay a R2m water bill. The Msunduzi municipality confirmed the water supply to Georgetown High School had been cut in December. The school’s last payment was in April 2018, according to the municipality. Last week pupils were sent home every day at 11am. The toilets are not working and pupils relieve themselves in a nearby forest.

A 16-year-old girl has been rescued after she was allegedly forced into a marriage in a rural area in Ngcobo in the Eastern Cape. Brig Tembinkosi Kinana said a task team rescued the girl on Tuesday after an outcry by residents in Mpindweni village. The Grade 9 pupil was taken to an undisclosed location. Her parents were summoned to the Ngcobo police station on Wednesday. “As the police in this province, we recognise the constitutional right of people to their culture and customs, but when that right is abused and found to be in conflict with the rights of a girl child to education and childhood, we have an obligation to step in and rescue the situation.,” provincial police commissioner Lt-Gen Liziwe Ntshinga said.

A KwaZulu-Natal police officer was arrested on Tuesday night in Shallcross, south of Durban, after allegedly being found in possession of 3,061 capsules suspected to contain heroin. Members of the Chatsworth drug unit on patrol noticed a man in a grey vehicle, and asked to search his vehicle. He was then arrested and charged. It was established that he was a detective constable, stationed at Berea. He was on duty but in his private car, an said he was in the area to obtain chain-of-events statements.

Humanitarian group Gift of the Givers said on Wednesday it had been “reliably informed” that SA mineworker Christo Bothma had died while being held hostage in Burkina Faso, West Africa. The news comes after the weekend release of Kimar Akoliya, the son of an Indian gold mine owner in Burkina Faso who had been abducted alongside Bothma in September 2018. The organisation’s Dr Imtiaz Sooliman said he was in touch with the Akoliya family and was aware of the release. Asked about Bothma’s whereabouts, he said sources had confirmed he had died.

Lesotho police say they have received tip-offs about the whereabouts of the country's first lady, who is wanted in connection with murder. Maesaiah Thabane, 43, the wife of Prime Minister Tom Thabane, has been on the run for two weeks. She is believed to have skipped Lesotho into SA. She was initially summoned by police to answer questions about the death of Thabane’s estranged wife, Lipolelo, who was killed in 2017. “To date we have received tips of where she could be, but all those that we have followed so far have not yielded any positive results. We are still working on other processes to engage Interpol, but for now we have issued only a notice of wanted person locally,” said police spokesperson S Mpiti Mopeli.

Sanele Goodness May, the man behind the wheel of the 40-ton 18-wheeler that killed 24 people on Field's Hill, Pinetown, in 2013, has been released from prison. The founder of the Sanele May support group on Facebook, Peace Piche, posted on Wednesday that May had been released from Umzinto Prison. “It's official - Sanele May has been released from prison. The day we have all been waiting for has arrived … ” she told more than 13,000 members of the support group. May had been sentenced to eight years in prison.
DIAMONDS & PEARLS A model presents a creation for Schiaparelli during its haute couture fashion show in Paris.
Image: Anne-Christine Poujoulat/AFP 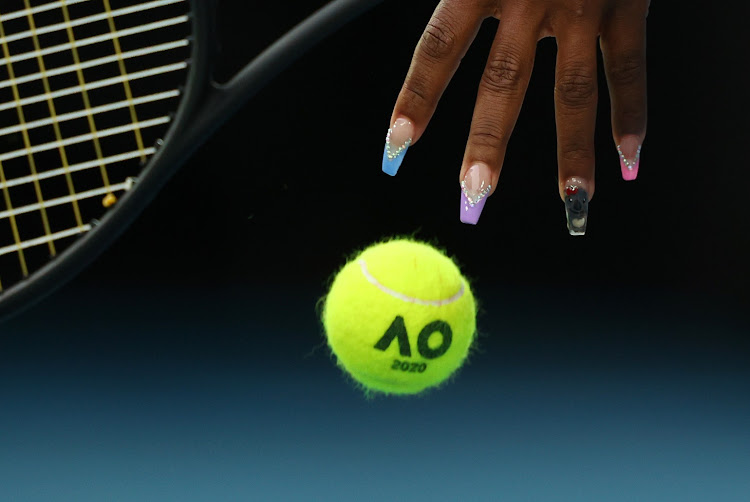 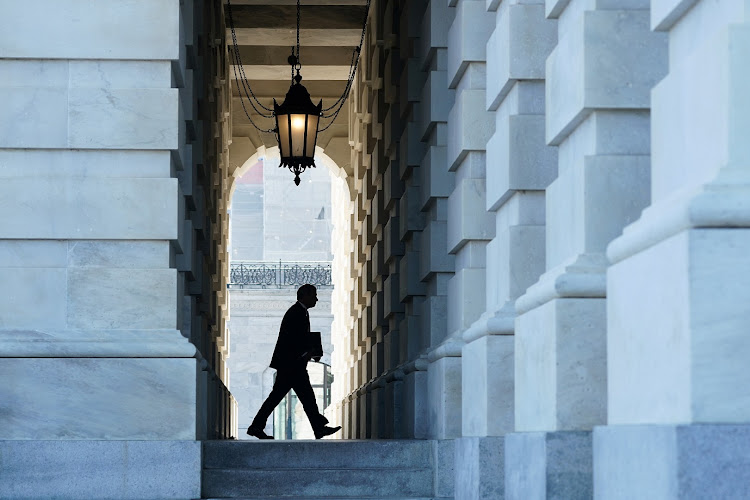 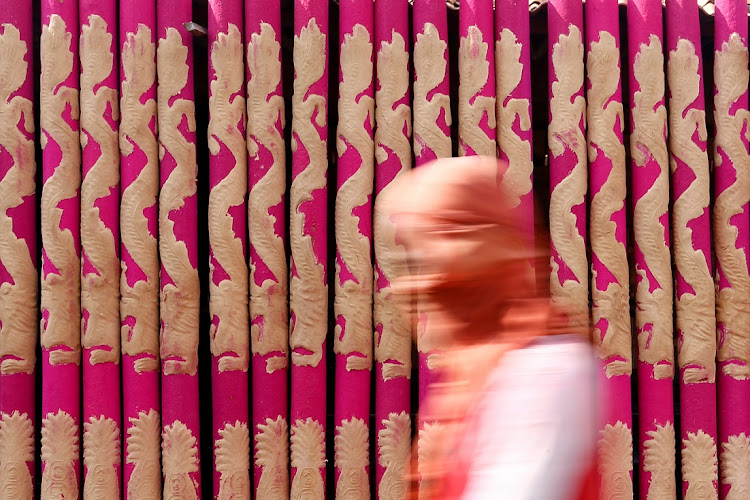 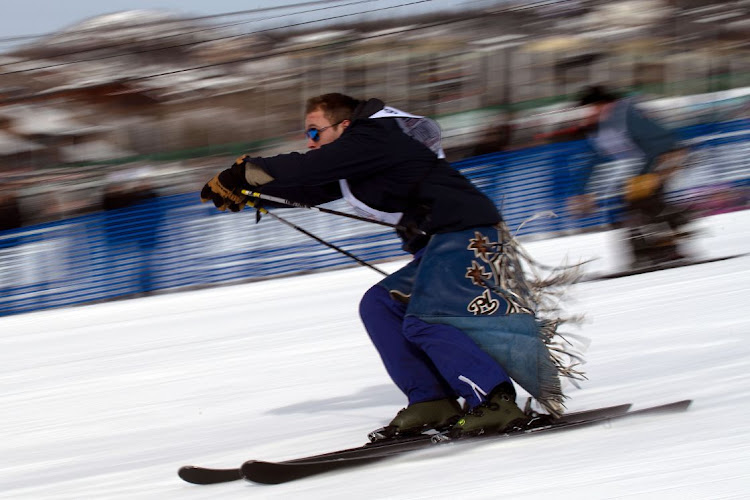 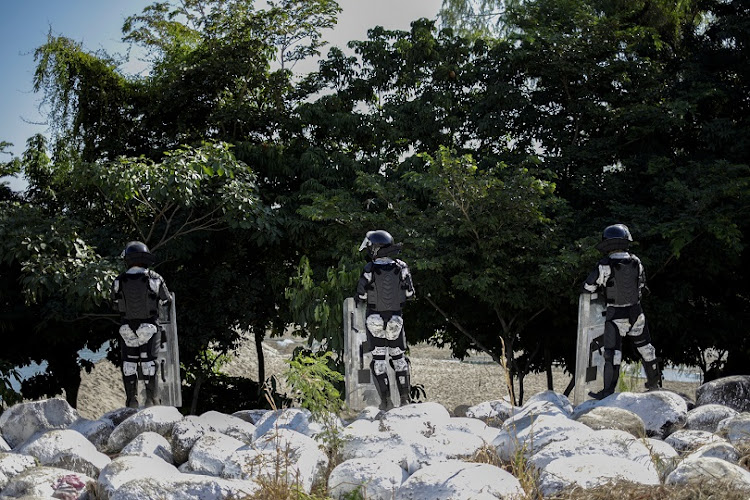 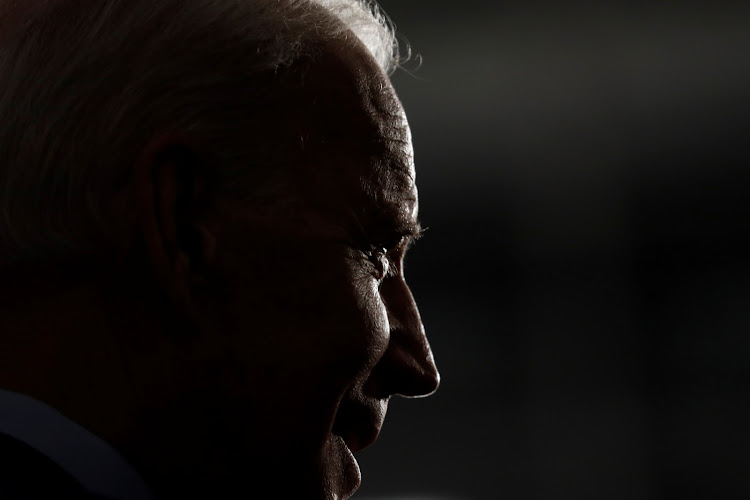 Trump’s Davos speech was incredible, the best ever - you won’t believe it

ANALYSIS | From the economy to the hottest women on record, he boasted big time – and no one bats an eyelid

AI could fight the spread of the Wuhan virus, but be warned

Given the inherent bias and invasive nature of such tech, we might be moving too fast on health surveillance

Oh dear! The Sussexes are already whining about the paparazzi

Although Meghan smiled cheerfully at the camera, the couple claim in a lawyer’s letter that they’re being harassed

Return to the 50s: sorry feminists, ‘tradwives’ are back in the kitchen

Is this a worrying backwards step or a supportive community for stay-at-home mothers?

BED OF ASH A woman sits on a broken bed with her family dog on the floor of a burnt-out house after a fire broke out in Karachi, Pakistan.
Image: Reuters/Akhtar Soomro

India has been able to bring swarms of desert locusts under control in two key rapeseed and cumin seed producing states. The outbreak began late last year. ‘The swarms came from Iran and Pakistan, but the situation has been brought under control with the help of pesticides and specialist equipment,’ said a farm ministry official. Adult locust swarms can fly up to 150km a day with the wind and adult insects can consume roughly their own weight in fresh food per day. A very small swarm eats as much in one day as about 35,000 people. — Reuters

Airbus cashes in on Boeing woes

Airbus shares rose to record highs on Wednesday after its US arch rival Boeing warned of new issues with the Boeing 737 MAX plane. Airbus was top performer on France’s benchmark CAC-40 index. Shares in Boeing suppliers, Britain’s Senior and France’s Safran which make the engines for the jet with General Electric, were lower. Boeing said it did not expect to win approval for the return of the 737 MAX to service until midyear due to further potential developments in the certification process and regulatory scrutiny on its flight control system. — Reuters

No breathing easy in Bangkok

Authorities in the Thai capital ordered nearly 450 schools to close on Wednesday as pollution levels reached dangerously unhealthy levels. Bangkok, the world’s most visited city, saw levels of PM 2.5 particles at 78.3 pg/m3. A level above 35 is considered unhealthy. PM 2.5 particles can include dust, soot and smoke and are so small they can lodge deep in the lungs and enter the bloodstream. Bangkok is plagued by vehicle fumes, dust from construction sites and emissions from industry but the burning of stubble and undergrowth in fields in surrounding rural areas contributes to much higher pollution levels in the dry winter months. — Reuters

And we thought these two were chums?

North Korea said it was no longer bound by commitments to halt nuclear and missile testing, blaming the US’s failure to meet a year-end deadline for nuclear talks and ‘brutal and inhumane’ US sanctions. North Korean leader Kim Jong Un set an end-December deadline for denuclearisation talks with the US. North Korea said that over the past two years it had halted nuclear tests and test firing of inter-continental ballistic missiles ‘in order to build confidence with the US’. But the US had responded by conducting dozens of joint military exercises with South Korea on the divided peninsula and by imposing sanctions. — Reuters

An anti-terrorism agent in France’s domestic intelligence service could soon face trial on charges of selling confidential data and fake IDs in the hidden corners of the internet. Investigators wrapped up their investigation last week into the alleged sales by ‘Haurus’, the code name for the DGSI officer who was arrested in September 2018. His partner and four of his clients, including a private detective, have also been charged in the inquiry. France’s agency charged with stopping illegal immigration, noticed offers of unusually detailed personal information and ‘Gold’ quality copies of official documents on the so-called darknet, which offers users total anonymity. — AFP

Despairing Greeks want their islands back

Greek islands hosting large migrant camps on Wednesday kicked off a day of protests, demanding the immediate removal of thousands of asylum-seekers. The islands of Lesbos, Samos and Chios staged a general strike, shutting down public services. ‘We want our islands back, we want our lives back’ is the main slogan of the protest. In the largest camp of Moria on Lesbos there are more than 19,000 asylum seekers in a camp with a capacity for 2,840.The situation is equally severe on other islands and living conditions have been repeatedly criticised by rights groups and medical charities. — AFP

Naspers sells R24bn of Prosus shares to invest back in SA

Gaspers of surprise as Reinet blows out the NAV lights

Was there collusion behind I&J and Karan Beef meating?

The Year of the Golden Rat and all that

Flappin’ marvellous: this is the decade we Chanel the spirit of the 20s

Just like in the 1920s, fashion as we know it will transform in this decade – and it’s got a green tinge to it

Blasts from the past: African Nations Cup ups and oopsies