Why did they torture this gentle man? Aggett’s sister just wants the truth

It was ‘tradition’ not to take head counts, says school after pupil drowns

In 20 years there hasn’t been a head count. This time it meant a boy’s body went unnoticed at the bottom of the pool

It’s time to rethink the notion of a meat-only paleo diet – we’ve been eating roasted veggies for 170,000 years

Ubuntu drives many SA egg donors to give life freely

R7.2m was budgeted. Four contractors have been fired. What’s up?

Bling on the clowns: Why Cyril’s enemies really want to take over SA

You’d think no one would want to take over the SA ash heap. But, then, you’re not thinking like the fightback gang

As we plunder HG Wells for filmic loons yet again, it seems the archetype is dominating popular fiction all over again

DECADENCE A faithful with her pig attends St Anthony Abbott traditional mass for the blessing of the animals at Sant' Eusebio church in Rome.
Image: Filippo Monteforte/AFP

Warning as US ragweed detected in SA

Ragweed, a highly allergenic weed native to North America, has been detected in SA pollen spore traps for the first time. The discovery was made by Dr Dilys Berman, an aerobiologist at the University of Cape Town, and Prof Jonny Peter, who heads the UCT Lung Institute’s Allergy Unit. Palynologist Dr Frank Neumann, based at Wits University, also confirmed the pollen grains belong to the invasive Ambrosia species.

Families and colleagues of police officers who died after a drunk driver rammed into a roadblock are not satisfied with the sentencing handed down at the Alexandra magistrate's court on Monday. Albert Gerhardes Pretorius was sentenced to six years' imprisonment for two counts of culpable homicide, which is wholly suspended for five years on condition that he is not convicted of culpable homicide involving a motor vehicle during the period of suspension. On the count of driving under the influence of alcohol, he was given an option to pay a R10,000 fine or serve one year in prison.

Police have issued warrants of arrest for a suspect  in the double murder case of an elderly couple hacked to death with an axe at their Port Elizabeth home in 2017. On Monday, police spokesperson Col Priscilla Naidu said: “Since the murders, their gardener who lived on the premises disappeared along with all of his belongings. Results of forensics evidence collected on the scene suggest the gardener’s involvement in the murders.” Andre Saaiman 65, and Lydia Saaiman, 69, were found dead at their Summerstrand home in November 2017.

A 29-year-old KwaZulu-Natal man was arrested in connection with the murder of his girlfriend's three-year-old daughter after the child succumbed to her injuries following a savage beating. KwaZulu-Natal police spokesman Brigadier Jay Naicker said the man had been on the run for a month after he allegedly assaulted his girlfriend and her daughter at Esigangeni in Nongoma. The suspect allegedly slammed the child numerous times on the floor, and continued assaulting her with no remorse until the child was unconscious.

The Gauteng health has confirmed at least 10 babies had died as a result of a carbapenem-resistant Enterobacterales outbreak in Tembisa. The bacteria is said to be a part of a family of germs that have been difficult to treat because of high levels of resistance to antibiotics. “They can cause deadly infections in your bloodstream, lungs and urinary tract, including pneumonia and meningitis,” said the department's Kwara Kekana. The department said the 10 babies were among the 17 cases recorded at the Tembisa hospital’s neonatal unit in November and December  2019. The department said following the outbreak that a stakeholders' meeting was convened to the discuss overcrowding, a staff shortage, infrastructure, inappropriate equipment storage and difficulties in isolating infected infants.

Pupil stabbed to death outside school

An 18-year-old boy was stabbed to death after stepping out of a bus outside his school in a North West village. The incident occurred on Friday, just two days after schools reopened for 2020. “It is alleged that around 7am outside the school premises, the Grade 9 learner was stabbed in the chest, on the side of his heart, when he stepped out of the bus. He was stabbed by a female suspect who does not attend school,” said Elias Malindi, spokesperson for the department of education . The female suspect allegedly ran away but was later arrested by the police, who have not established the motive for the attack. 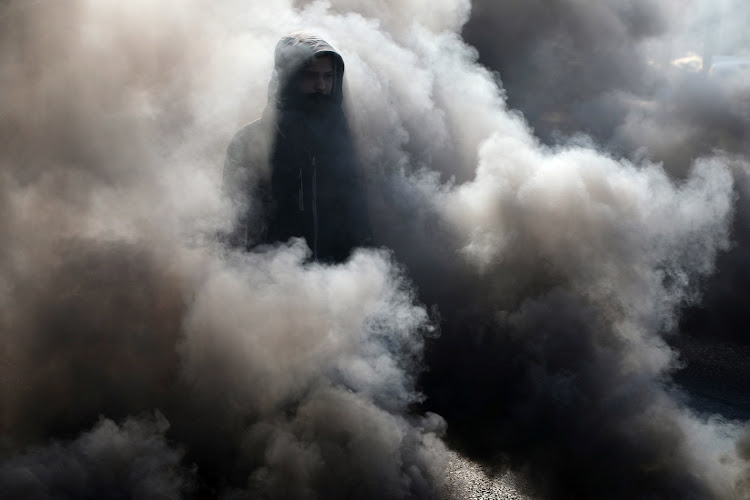 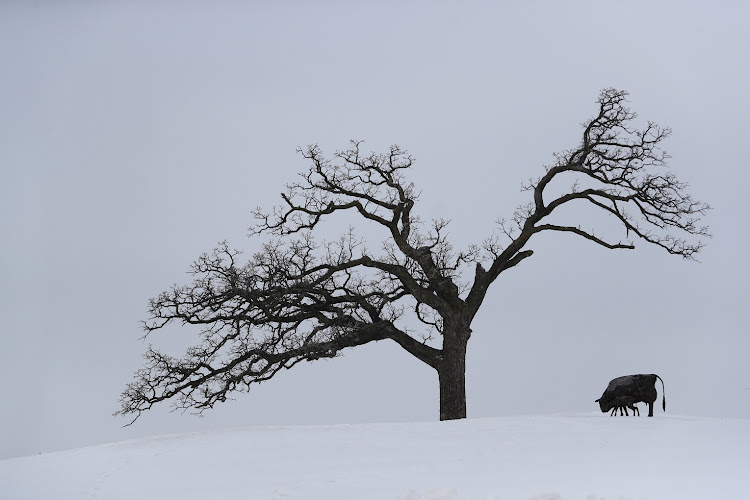 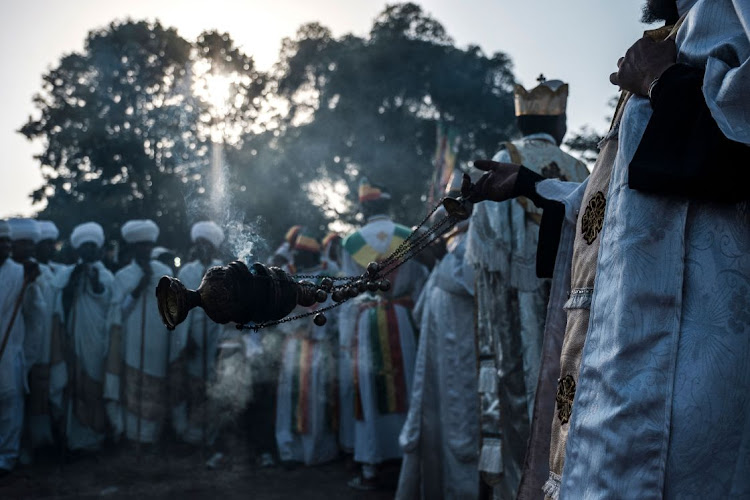 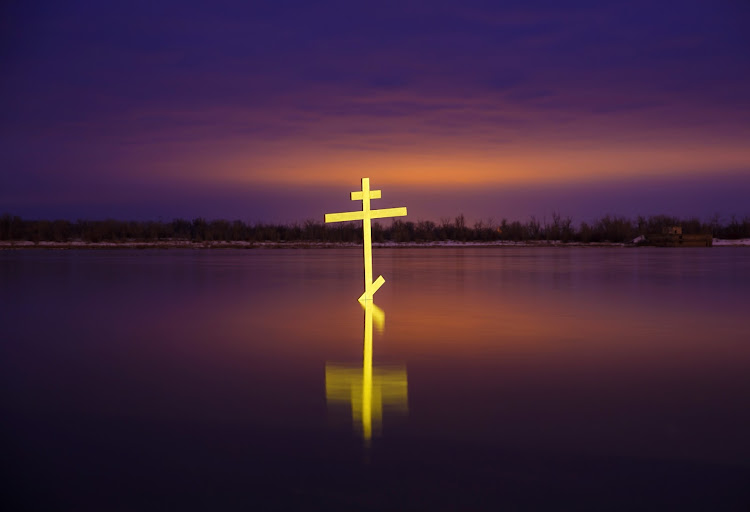 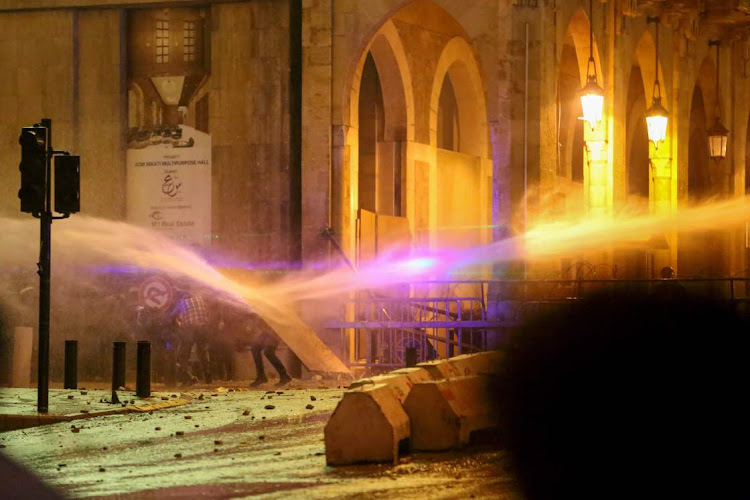 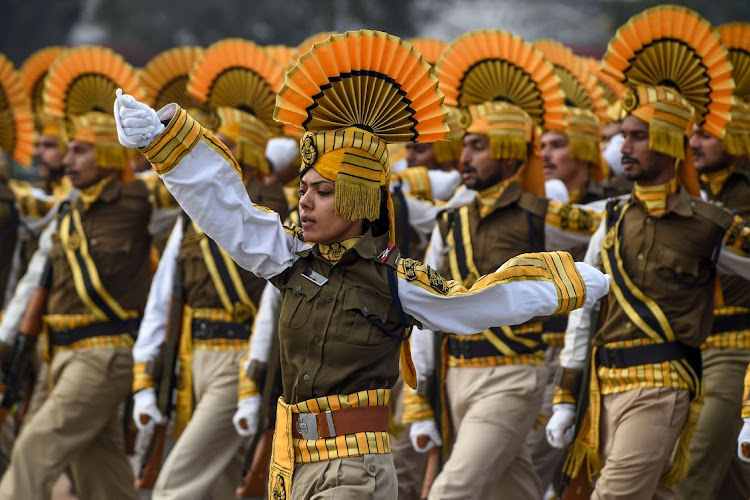 Oh, poor Harry. He’s got the lousy end of the royal deal

ANALYSIS | As the duke swaps the English aristocracy for Hollywood meritocracy, he will struggle to fit in

Africa’s boom time is now, but here’s what needs to be fixed first

Investors are raring to do business on the continent, but it needs to tackle state meddling and vested interests

The House of Memory, along with cemeteries and synagogues, celebrate a city’s Judeo-Moroccan heritage

Residents of the sun-soaked idyll face losing their homes, and authorities say they can’t keep them dry

BEFORE PROBLEMS SURFACE Children kick the art piece by Callum Morton, rendered in the form of President Donald Trump's head, behind the Art Gallery of Ballarat in Australia.
Image: Reuters/Andrew Kelly

Indian ‘Rapunzel’ remains a cut above

A 17-year-old Indian girl has retained her crown as the teen with the world's longest hair more than a decade after she stopping getting her tresses cut following a bad experience at a salon. Nilanshi Patel, from the small town of Modasa in Gujarat state, remains a cut above the rest, according to the Guinness World Records, having bettered her record of 170.5cm set in December 2018 with a new length of 190cm. Her proud father said his only child's locks had turned her from a local celebrity into an international one.Nicknamed "Rapunzel" by her friends and schoolmates after the long, flowing hair of the princess in the Brothers Grimm fairytale. - AFP

China gets tough on wonton waste …

China will ban plastic bags in major cities and single-use straws from restaurants by the end of this year in a bid to cut down on waste. The country is one of the world's biggest users of plastic, and the plan targets a 30% reduction in disposable plastic utensils used by the takeaway food industry in major cities within five years.In a document released Sunday, the National Development and Reform Commission and the Ministry of Ecology and Environment said the production and sale of disposable polystyrene and plastic tableware will be banned by the end of the year. The plan also outlaws single-use straws in the food and beverage industry this year, while disposable plastic products should not be "actively provided" by hotels by 2022. - AFP

… and Malaysia says it’s no ‘dump’

Malaysia has sent back 150 shipping containers of plastic waste to mostly wealthier nations, with the Southeast Asian country saying it would not be the world's "garbage dump". The region has been flooded with plastic from more developed economies such as the US and Britain since 2018, after China - which previously boasted a massive recycling industry - ordered a halt to most imports. Many Chinese recycling businesses moved to Malaysia after the ban took effect, leading to huge quantities of plastic being shipped in without permits and flooding small communities. Governments across the region are now sending back illegally imported plastic. - AFP

Intricately detailed Hong Kong protester figurines have become the latest must-have collectables as toy stores recreate the pro-democracy movement's street battles with police in their shop displays. Stacked on shelves next to comic book superheroes, the models come in a variety of shapes and sizes, some holding makeshift shields and flags, others extinguishing tear gas rounds or playing instruments in protest orchestras. A local figurine enthusiast and his friend designed dozens of characters based on their own experiences at protests. - AFP

Boozy jellies are too much to bear

Ander Mendez and his friends were hoping they'd struck it rich when they came up with the idea of selling alcohol-infused gummy bears - until they found themselves in the sights of sweet giant Haribo. Now, the three Spaniards say they're afraid of being shut down by the German giant, which is famed for its jelly sweets. In a not-so-sweetly worded legal letter, Haribo has accused their start-up of infringing its trademarked little bear. But the graduates insist they will carry on producing their "drunken gummy bears" - "because people like them. - AFP

Britain's Royal Mint has issued its first commemorative coin featuring a British rock group, in a tribute to the late Freddie Mercury and the three other band members of Queen. "This is a 'who would've thought it' moment. Here we have a coin of the realm, a five-pound coin in fact, made by The Royal Mint, in the customary fashion," said Queen lead guitarist Brian May in a video clip, holding a one-ounce silver proof coin."On one side we have The Queen (Elizabeth), on the other side we have Queen. This never happened before," he said. - Reuters

The fact of the matter is that the truth works. Go figure

Nobody can argue against the truth, no matter your political affiliation or the popular viewpoint

The government should sell Telkom shares to bail out SAA

Why did no other major miner want a cut-price asset in which $1.1bn has already been invested?

Bookmarks: Orwell and good to be a bit of a philanderer

Start off on the right page with these must-read titles

SPORTS DAY: Faf is sticking it out till the sticky end

Woods and Snead are tied with 82 PGA Tour wins, but Tiger could overtake the old guy this week

By Andrew Both
3 min read
Sport

Blast from the past: Penalties by flank Frik scupper Scotland