Cyril is like a headless chicken, and his ANC enemies smell blood

While he tries to solve Zuma’s messes and put out fires, the likes of Mabuza and Sisulu are readying an assault

ANALYSIS | Neither has a grip on SA’s perilous situation, and a lack of compromise is costing us, warn experts

Black farmer beats the state, but it wants to rip him off … again

First it reneged on a land transfer deal with the elderly man, now it wants to overcharge him by millions

Mystery ship with only six crew abandoned in Cape Town

They wrote it this week: Kate shows her true colours, and they’re lovely

As we yearn for the louche brilliance of John Barry, here's hoping the US phenomenon bucks the trend

You can sniff at Gwynnie’s vagina-scented woo woo, but she’s raking it in

A 34-year-old woman was allegedly lured to a flat in Bloemfontein where she was given drugs and forced into prostitution, the Free State Hawks said on Sunday. Provincial Hawks spokesperson W/O Lynda Steyn said the woman had been travelling from Botshabelo to Johannesburg via Bloemfontein and was waiting for a train when she was approached by a foreign national and his wife. The couple allegedly told her they were selling jeans and that she should accompany them to their flat in Zastron Street. On arrival, she was forcefully injected with drugs and intimidated, Steyn said. “She was forced into prostitution the same night whereby her traffickers received money from two clients that she serviced. “The third client realised that she was crying and took her to Park Road police station whereafter she was admitted to National Hospital until the following day.” Police had accompanied her to the flat to fetch her belongings. No arrests have been made.

SAA survival in the balance

The government has given undertakings to return to SAA's business rescue practitioners within a week on a way forward for the embattled airline. SAA's business rescue practitioner Les Matuson told TimesLIVE (http://www.timeslive.co.za) that high level meetings had been held on Saturday with public enterprise, trade and industry and treasury officials. The meetings were held ahead of Sunday's deadline on whether government will grant the embattled airline a R2bn bailout. Matuson said that various options on SAA's future were discussed in Saturday's meeting as well as other meetings held during the week, including the cessation of all operations.

Western Cape police are searching for a twin baby boy who was allegedly kidnapped in Parow on Thursday by a woman claiming to be a social worker. According to police spokesperson Col Andrè Traut, a mother of two-month-old twin boys was approached by the suspect at her residence in Khayelitsha on Wednesday. “She asked for the baby’s birth certificate, clinic card and she made herself copies. The suspect returned the next day and accompanied the mother and the children in a taxi to Parow where she told the mother her office was. After stopping at the alleged office the suspect got out of the vehicle with the one twin and fled with the child,” Traut said. He said the circumstances surrounding the kidnapping of the baby were being investigated.

A 20-year-old woman died in hospital on Saturday morning after sustaining critical injuries when she fell off the ledge of the N3 bridge near Giba Gorge outside Durban on Friday night. Earlier it was speculated that Andile Meyiwa was thrown off the bridge during an argument with her boyfriend. However police issued a statement on Saturday afternoon stating that Meyiwa had fallen off the bridge and that no foul play was suspected in her death.

Police minister Bheki Cele is expected to visit the family of a woman killed during a shootout between police and hijackers in Alexandra, north of Johannesburg. Samantha Radebe was killed on January 15, exactly a month after she got married. Gauteng MEC for community safety Faith Mazibuko said Radebe and a yet to be identified man were hit by stray bullets. The man was in a critical condition. Following her death residents had marched to the Alexandra police station to demand answers. “The police have confirmed that the firearms used by the officers during the shootout have been taken away from the officers and booked in for ballistic testing,” she said. An investigation had been launched by the Independent Police Investigative Directorate.

Boy, 6, found after being missing for five days

A six-year-old Eastern Cape boy who was reported missing on Monday has been found alive and unhurt but in a weak state, police said on Saturday. Police spokesperson Brig Tembinkosi Kinana said the boy was found late on Friday afternoon in an open field in a valley in the eMaXesibeni area (formerly called Mount Ayliff). He was rushed to a nearby hospital for a medical examination. He is expected to be reunited with his family once he is discharged from the hospital. The boy, Khanide Nyikinya, was reported missing on Monday at about 5pm from his home in Bhakubha administrative area, Tabankulu. 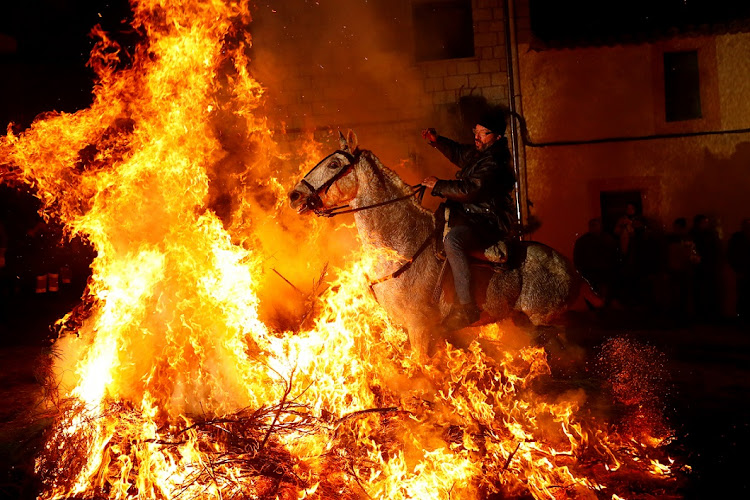 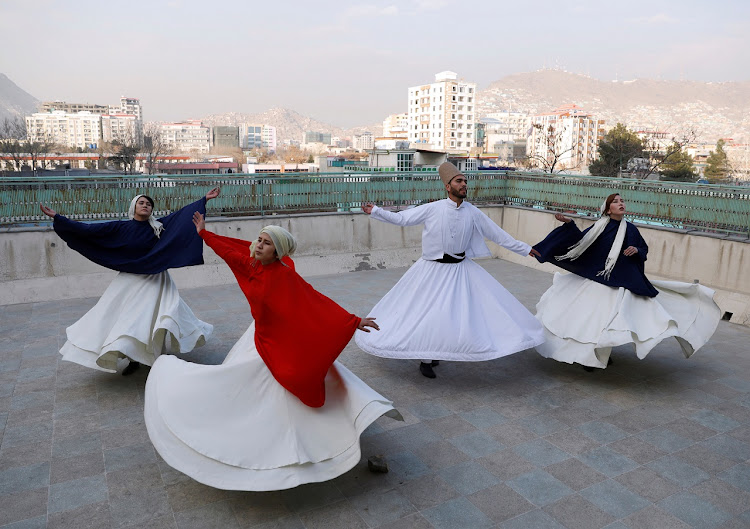 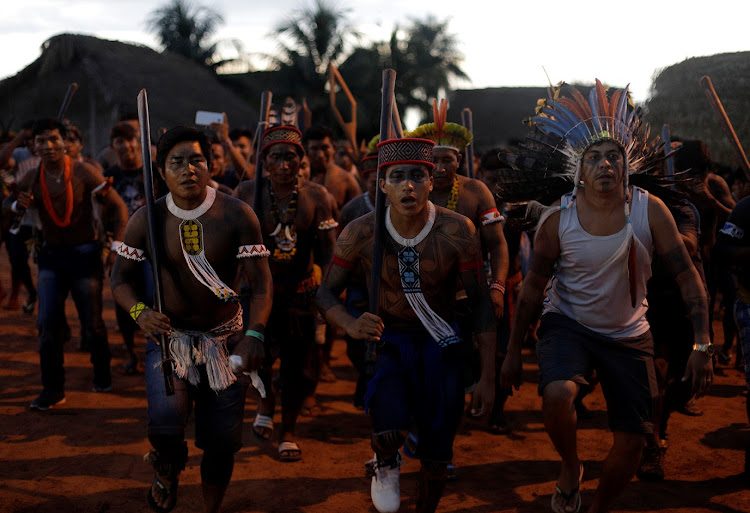 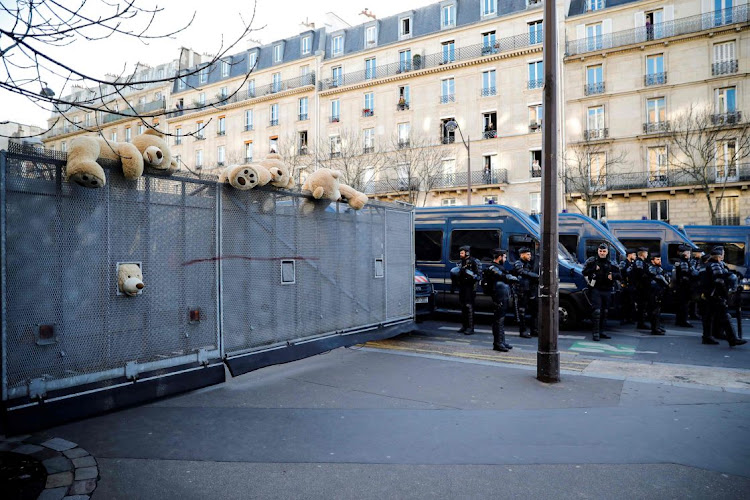 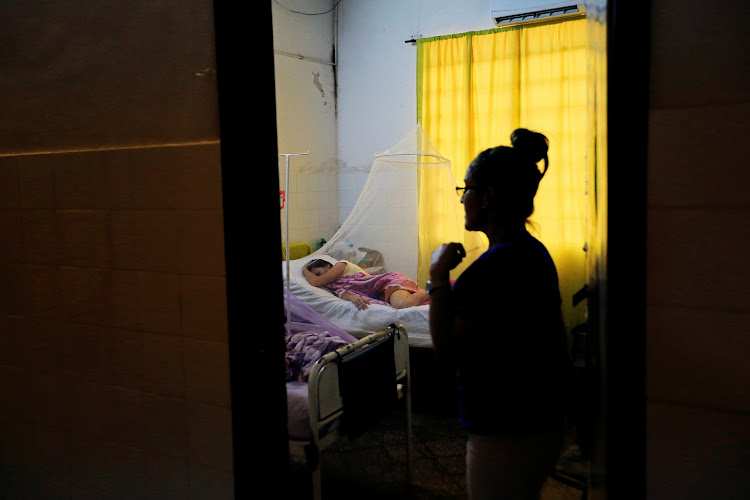 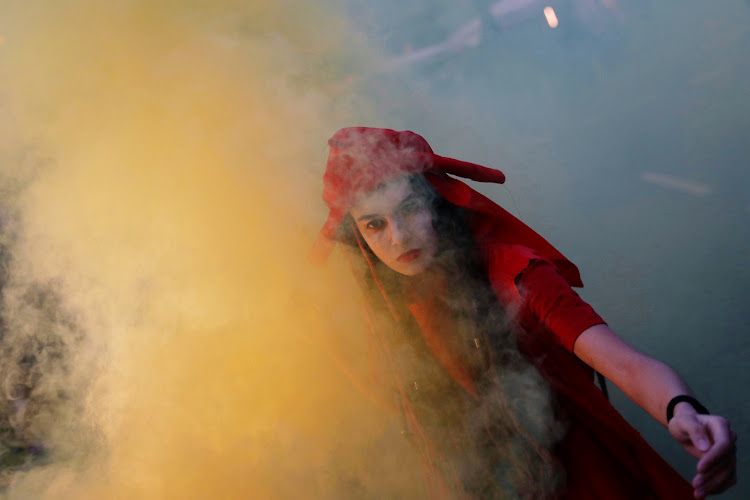 No cash, no titles: queen gives Harry and Meghan a right royal shove-off

The monarch showed that she read her subjects perfectly when she said that, in essence, it’s over

When Trump tramples US values and nobody cares, we’d better all wake up

Decolonise ‘or else’: it’s time for UK museums to lose their marbles

Not even our bodies are truly ‘us’, says a prof. In fact, the whole idea of being individual is bad for us

FROM PYRAMIDS TO SKYSCRAPERS The Chrysler Building is dwarfed by One Vanderbilt in midtown New York City.
Image: Timothy A Clary/AFP

The Trump administration has moved to roll back school nutrition standards championed by Michelle Obama. Rules proposed by the department of agriculture for would allow schools to cut the amount of vegetables and fruits required while allowing them to sell more pizza, burgers and fries to pupils. According to the latest figures, about 19% of children in the US are obese. – Telegraph Media Group Limited (2020)

A French restaurant that found fame under the leadership of “the pope” of French gastronomy has lost one of its Michelin stars after holding a record-breaking three since 1965. The Auberge du Pont de Collonges, near Lyon, was relegated to a two-star establishment after guide judges said it was still “excellent, but no longer at the level of three stars”. The move was described as “an assault on French heritage” by top chefs, dignitaries and food. The restaurant was run by the legendary chef Paul Bocuse until his death in January 2018. – Telegraph Media Group Limited (2020)

At least 70 Yemeni soldiers have been killed in missile and drone attacks blamed on Huthi rebels, on a mosque in the central province of Marib, medical and military sources said on Sunday. Saturday’s strike followed months of relative calm in the war between the Iran-backed Huthis and Yemen's internationally recognised government which is backed by a Saudi-led military coalition. The Huthis attacked a mosque in a military camp during evening prayers. – AFP

At least eight people died and thirty were injured after a fire at a home for people with learning disabilities in a western Czech town early on Sunday. “The fire broke out in the boys’ section of a home for the mentally handicapped,” said the town’s mayor. Originally, rescuers said the fire had occurred at a nearby home for the elderly, adding that it was too early to talk about the causes of the blaze. – AFP

Hollywood's producers handed “1917” their top annual prize on Saturday, a reliable Oscars bellwether that puts the World War 1 thriller in the box seat for next month’s showpiece event. The movie has already scooped the Golden Globe for best drama, and has 10 Oscar nominations including for best picture. Collecting the award at a celebrity-packed ceremony in Los Angeles, director Sam Mendes said making the film was “humbling, joyful and by far the best experience of my professional life”. – AFP

Kenyan authorities have arrested five people suspected of preparing a terror attack in Nairobi. The group comprises three men - a US citizen, a Somali and their Kenyan driver - and two Somali women who were believed to be on a reconnaissance mission for an attack in the north of the capital. Police received information on Friday saying that “suspected terrorists” were carrying out a surveillance operation at a pub on Kiambu Road, a spot popular for its many bars and nightclubs. - AFP

Cyril’s 4IR dream can come true. We must just tech these simple steps

With vision and leadership, SA could easily become a digital leader– and create many new jobs in the process

On their metal: PGM recycling is tough for SA miners to crack

Besides a host of problems, including power shortages and unrest, the cost is a huge turn-off

What is the future of film? The short answer could be Quibi

Hollywood’s newest rival to Netflix is limiting all its shows to just 10 minutes, targeting millennial phones

Here we go again with 15 typical rites of passage, as they were back then – and as they are now

Maserati pays homage to its 1986 Royale series in its new Quattroporte, Levante and Ghibli models

Rolling back the years: ageing legends cling to the top

With the ‘oldies’ leading the field at the Aussie Open, check out these other stars who just won’t fade

Blasts from the past: Ntini picks up his 300th Test wicket