The growing public sector wage bill is another ‘huge threat to our fiscus’, says Tito Mboweni

Can Treasury pull cash out of thin air for SAA?

HOW IS THE WAR AGAINST POACHERS FARING IN 2020?

Devastating research shows gangs in SA have a new target, with body parts destined for China and Vietnam

Inbreeding among white rhino is the enemy within

Now that all rhino live in fenced reserves, they cannot disperse far enough to avoid the crisis

Stacey Fru wrote her first novel when she was seven. She also has a foundation to help poor kids access books

Up close with Madonna, mother of reinvention, it feels like ‘hooooome’

Having now seen her up close, I can confirm that she is not like you or me, or another artist. She’s Madonna

WhatsApp groups you must ditch before sanity leaves the chat

HOLD YOUR HORSES! An injured horse rescued by residents near the erupting Taal Volcano falls from their boat in Talisay, Philippines.
Image: Reuters/Eloisa Lopez

Lesotho Prime Minister Thomas Thabane announced his intention to resign on Thursday, the South African Broadcasting Corporation said in a news alert. The alert on its TV news channel gave no reason, but police are looking for Thabane's wife, Maesaiah, to question her in connection with the murder of his other, estranged wife, Lipolelo. - Reuters

The parents of a four-year-old child who died, apparently after a jungle gym fell on him in a playground in Riebeeck East, want compensation from the Makana municipality. Lisekhona Bouwer died on December 28. His father Khayalethu Bouwer said the family had complained for years about the dangers of the playground. Ward councillor Mavis Pieters (ANC) said the mayor had assured her that all the playground equipment would be removed before the end of this week. But she declined to answer other questions regarding compensation and building of a new playground, referring GroundUp’s questions to municipal manager Moppo Mene, who said the legal unit would respond. No response had been received by the time of publication.

Fugitive hands himself over after years on run

Police on Thursday confirmed that fugitive Jurgen Vandekeere, who has spent several years on the run, is now behind bars. “He handed himself over to the Benoni police on Wednesday afternoon,” said Brig Mathapelo Peters. “He is appearing at the Pretoria High Court [on Thursday].” Vandekeere had been arrested for the alleged rape and murder of 20-year-old Chantelle Barnard in Benoni in April 2011. Vandekeere was granted bail of R20,000. After his release, he had attended court proceedings but suddenly absconded and failed to appear before the high court sitting in Delmas for the anticipated start of the trial in September 2013.

Minstrel boss in spotlight after ‘poisoning’

A victim of the mass “poisoning” incident in the Cape Town suburb of Wetton said he and five others who ended up in hospital on Monday were given a clear, sour-tasting liquid to drink with food from a soup kitchen. Numerous witnesses alleged the food was handed out at The Penn, a bar owned by minstrels boss Richard “Pot” Stemmet.  But on Wednesday Stemmet said what he told the police: “I can’t say because I wasn’t there. People say there were people there giving food, that’s all that I know about. I didn’t know what’s happening there. I also investigated. So at this point, I can’t tell you anything.” Asked what his investigation had unearthed, he said he found nothing. Stemmet has been arrested five times on charges including assault, dealing in drugs, motor vehicle theft and possession of an unlicensed firearm with cases dating back to 1994. All the cases were withdrawn.

The family of controversial Durban Islamic scholar Yousuf Deedat has gathered around his hospital bed as he fights to stay alive after being shot in the head outside the Verulam Family Court on Wednesday. Deedat, known for his contentious views on Christianity and Hinduism, was with his wife, Yasmin, when an unknown gunman opened fire on him before fleeing. He was airlifted to an undisclosed private hospital. His son, Raees, released a statement hours after the shooting, saying while Deedat's injuries were “severe”, the family remained hopeful that he would recover. On Thursday‚ family spokesperson Prof Salim Abdool Karim said Deedat‚ 65‚ was still critical‚ but “stable” in ICU.

Brody the dog is on the road to recovery after children exploded fireworks in his ear, the Bloemfontein SPCA said on Thursday. Brody comes from a small farming town, Winburg, about 120km from Bloemfontein. During New Year’s Eve celebrations the SPCA received a call from an elderly woman, who alerted them to three boys who were allegedly holding down a dog and putting fireworks in his ears. “The granny tried to chase the children down, but she couldn't and was screaming and shouting at them,” the SPCA said. The woman begged the children to stop, but to no avail. There was a big bang and Brody started screaming, while the boys laughed. They disappeared shortly after the incident. Brody was found in a manhole three days later, with severe injuries. 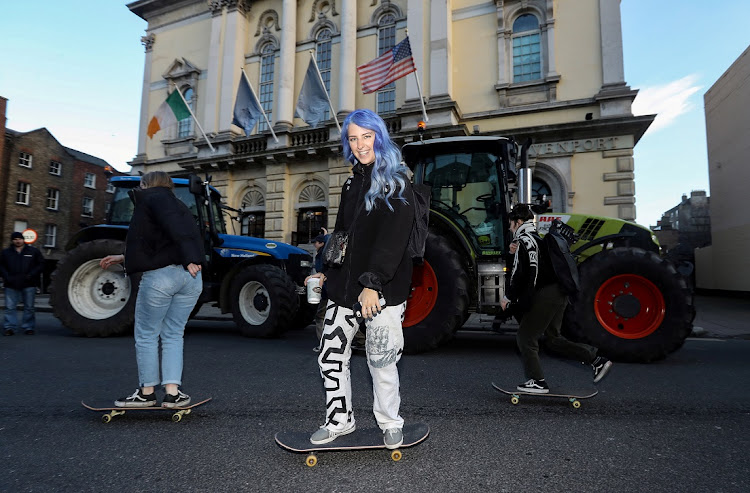 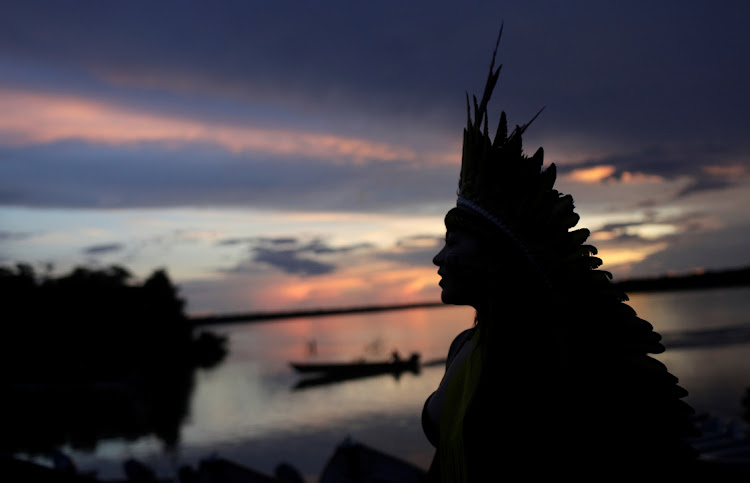 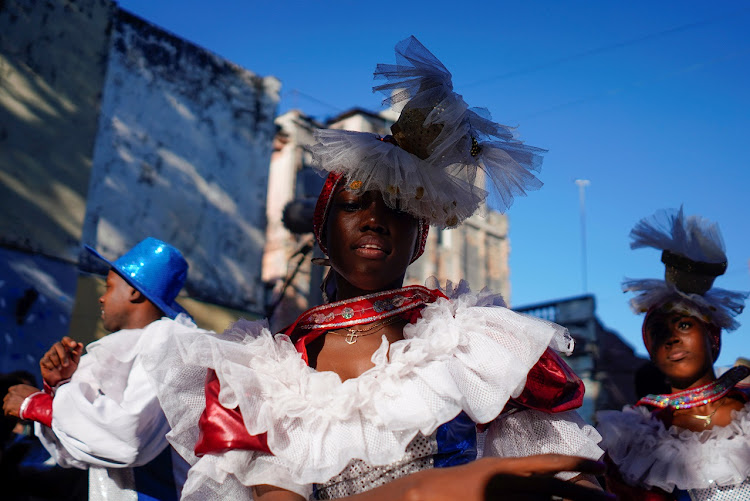 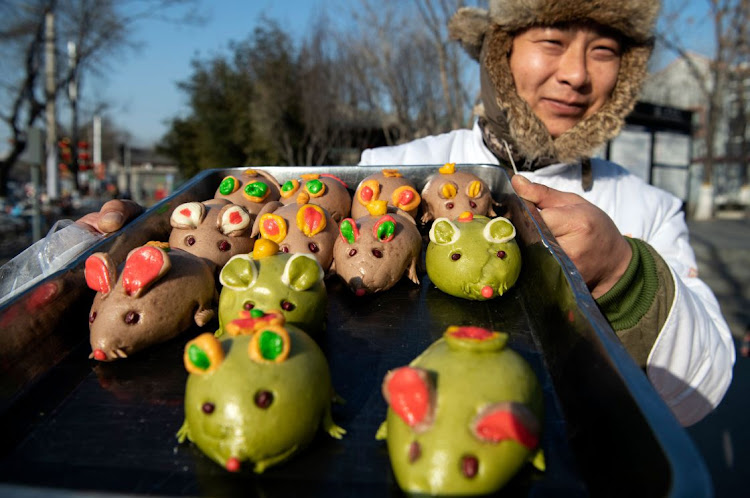 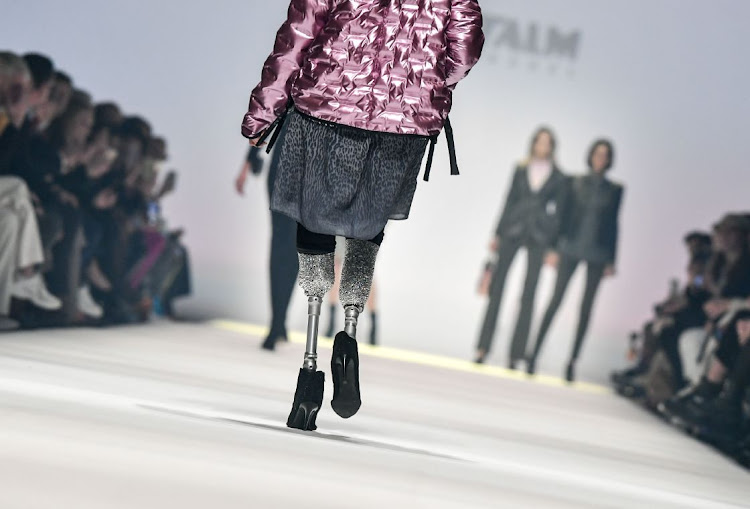 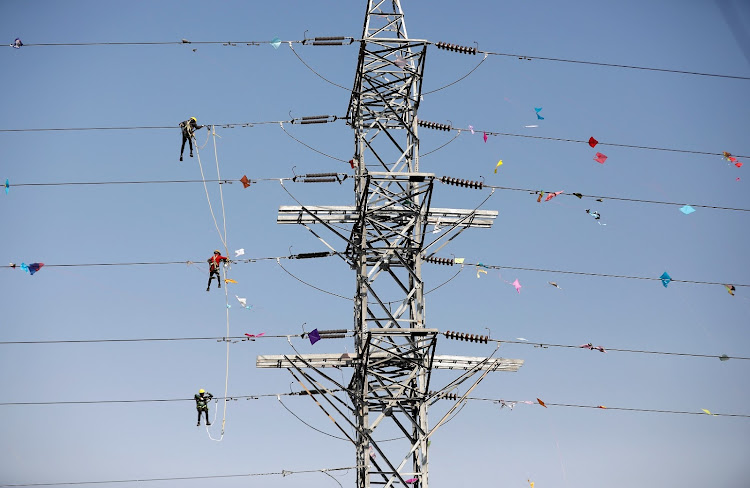 If Harry hates the UK press, just wait till the US mob gets hold of him

Is Putin planning on becoming a ‘supreme leader’? It’s clear as mud

You heard it here first, you can nap on the job. Relax, it’s a woke thing

A black Bond? Maybe. Female? No

Producers of the James Bond film franchise have given their strongest hint yet that the next 007 will not be a white man. Barbara Broccoli and Michael G Wilson, who have overseen Daniel Craig's era of the re-energised spy series, believe the diversity of Bond's native Britain allows for a black or Asian Bond. Broccoli has, however, ruled out a female Bond, saying that although the MI6 agent can be "any colour", the character, nevertheless, "is male". Wilson suggested that the spy's Commonwealth connections could allow for a broader range of casting options. Idris Elba has often been mentioned as a successor to Craig, and bookmakers believe Last Christmas star Henry Golding, or Bafta-winner Daniel Kaluuya could have a chance of becoming the new 007. – © Telegraph Media Group Limited (2019)

An Iranian chess referee says she is afraid to return home after state media published photographs of her apparently not wearing a hijab, as is mandatory for women under Iranian law. Shohreh Bayat, 32, became one of the most prominent Iranian women in international chess when she refereed at the Women's World Chess Championship in Shanghai this week. But her achievement was overshadowed after a picture was published in which her hijab was not visible. Bayat says she was wearing a headscarf but the picture had already been widely circulated in Iran. She has since been bombarded with threats by Iranian conservatives and she fears she could be arrested if she returns to Iran. – © Telegraph Media Group Limited (2019)

Big comeback for the big screen

Six films raked in more than £50m each at the UK box office in 2019 - Avengers: Endgame, The Lion King, Toy Story 4, Frozen II, Joker and Star Wars: The Rise of Skywalker - bringing the ticket take to more than £1.3bn for the fifth consecutive year. Globally the total exceeded $42bn for the first time last year. While admissions and ticket revenues did not quite equal the heights of 2018 - the best year since the 70s - going to the movies has not gone out of fashion despite the inexorable rise of streaming services such as Netflix.Twenty cinemas with 144 screens opened in the UK last year. A further eight were refurbished or extended, while at least four new sites are slated to open in 2020. The UK now has more than 800 cinemas with close to 4,500 screens. – © Telegraph Media Group Limited (2019)

YouTube has driven millions of viewers to climate denial videos, a US advocacy group charged on Thursday as it called for stopping "free promotion of misinformation" at the platform. In response to the report by US-based online activist group Avaaz, YouTube said it downplays "borderline" video content while spotlighting authoritative sources and displaying information boxes on searches related to climate change and other topics. Avaaz said it scrutinised results of YouTube searches using the terms "global warming," "climate change," and "climate manipulation" to see what was offered by an "up next" feature and as suggestions. Sixteen percent of the top 100 videos served up in relation to the term "global warming" contained misinformation, with the top 10 of those averaging more than a million views each, said Avaaz. - AFP

A Turkish court has lifted a ban on Wikipedia after almost three years. Turkey was the only country in the world apart from China to entirely block access to the online encyclopaedia. But its constitutional court ruled in December 2019 that the ban, in place since April 2017, violated freedom of expression. Turkish officials said in 2017 the ban was needed as Wikipedia had failed to remove content accusing its government of assisting terrorist groups. Rights groups have regularly criticised the erosion of free speech in Turkey under President Recep Tayyip Erdogan, especially since a failed coup attempt in 2016 triggered a huge crackdown on government critics in the press and beyond. - AFP

Now Mexicans can chug a Chapo

Joaquin "El Chapo" Guzman may be serving a life sentence, but the Mexican drug kingpin can now boast to having his own beer. El Chapo Mexican Lager was launched by Guzman's daughter Alejandrina, who runs a fashion and lifestyle company built around her father's brand. The company, Chapo 701, unveiled the craft beer at a fashion trade show in Guadalajara, Mexico's second-largest city. The beer sports a brown, black and white label crowned by Guzman's mustachioed image. The "701" is a reference to the spot "El Chapo" held on Forbes magazine's annual ranking of the world's richest people in 2009, with a fortune estimated at $1bn. - AFP
LOUD AND PRAGUE Hungary PM Viktor Orban talks to Slovakia PM Peter Pellegrini and Poland PM Mateusz Morawiecki during the Visegrad Group summit in Prague, Czech Republic.
Image: Reuters/David W Cerny

Investment: Why it pays to know your ETF from your EFT

Don’t blame the government for retailers coming a cropper

Even a benign economy with a trouble-free Eskom would not save Edcon, Massmart and Woolworths

Jobs bloodbath at Marikana could have been much worse

‘Guilt’: If the crash gave you a skrik, wait for the wallop

Unlike epic multi-season dramas, this four-part BBC Scotland miniseries gets down to business right away

If you think sitting can keep you fit, try cinematherapy

Study finds watching a movie gives you a mild workout

SPORTS DAY: Provincial rugby ratchets up for the weekend

Blast from the past: SA’s first boxing challenger steps up