VBS looters off the hook as state capture focus narrows?

Moyo refused to go away, but court ruling means he must

Old Mutual’s battle against its axed CEO played out in court again, and the company came out on top ... for now

The mastermind of the theft of R9.2m gets 15 years in prison and her accomplice is placed under house arrest

Insiders speak of a free-for-all, with civil servants claiming significantly more than they should be

If a woman is not having sex, the body ‘chooses’ not to invest in ovulation as it would be pointless, study finds

Living in a barrel on a 25m pole. Yes, he has a good reason

Can you pass ANC politics 101? Your time starts now

As the party calls for an overhaul of education in the Cape, the following exam will be instructive. Or not

‘Throw a match? Never!’ Hansie Cronje’s brother lifts the lid on his life

Head start: how to banish brain fog and avoid dementia

It’s never too late to stimulate fitter cells, so check out these 15 grey matter-boosting tips

The Makhanda High Court has ordered the Makana municipality to be dissolved and placed under administration for violating its constitutional mandate by failing to provide basic services to the community. The application was brought by the Unemployed People’s Movement (UPM) and other civil society organisations against the municipality, which was the first respondent, and several others in February 2019. The case was heard in September. Makana includes Makhanda, formerly Grahamstown. Judge Igna Stretch wrote that the municipality’s conduct has been “inconsistent with the 1996 constitution of the Republic of South Africa”, breaching section 152(1) and section 153 (a) by “failing to promote a healthy and sustainable environment for the community”.

Cape Town authorities have called for calm after a baffling incident in which six residents collapsed within minutes of each other. Five remain in a critical condition in hospital after collapsing on Monday near Wetton Circle. They are believed to have been poisoned by something they ate or drank. "We do not want to speculate on the possible cause until blood tests or clinical samples have been completed and interviews with those affected have been conducted," said Zahid Badroodien, mayoral committee member for health. Investigations of this nature take time to complete, he said, advising the public and the media to allow for the police investigation to run its course so that the victims and their families can be provided with “concrete answers”. Western Cape police spokesperson Lt-Col Andrè Traut said no criminal case had been opened.

An anxious family is running out of money after spending the past 14 days frantically searching for a father who is missing in Thailand. John Gregory Phillips, 45, went missing while on holiday with his wife and son on New Year's Day. His cousin, Anita Caral Diergaardt, said family members had gone to the SA embassy in Thailand after he disappeared, but were initially told they could not be helped. "His brother-in-law from Northern Ireland then contacted South Africa, who said they should be helped and contacted the SA embassy in Thailand. They then received minimal assistance," said Diergaardt. Phillips, an engineer, is from Uitenhage in the Eastern Cape. "We believe he might have had a seizure and is confused." The department of international relations and co-operation said there was nothing more it could do after the family had reported Phillips missing to the Thai police.

Twerks chase away couple on beach

A couple enjoying Anstey's Beach, south of Durban, got more than they bargained for when a woman started to twerk in front of them. A video shows a woman in a black swimsuit going up to the two strangers and starting to dance provocatively. At first the couple sit through her bizarre routine, but when she becomes more provocative they gather their belongings and leave. The woman ends the routine by making the sign of the cross while the person recording the spectacle exclaims that she is Satan. On Monday, a Facebook user posted on the Wentworth community group that her daughter had suffered a mental breakdown due to the negative attention as a result of the viral video. She claimed her daughter was in hospital and that blood tests proved she wasn't on drugs or drunk.

Police have launched a hunt for three men after a farm attack in Glendale, north of Durban, last week. According to police, the balaclava-clad trio entered the home at 11pm on Thursday, wielding a knife and crowbar. “The complainant alleged that the suspects tied them up with extension cords, threatened to kill them and took four cellphones and a laptop,” said police spokesperson Col Thembeka Mbele. The men then allegedly forced a 19-year-old woman to drive them to Umvoti Plaza, where they ordered her to withdraw cash. “They instructed her to drive towards Tinley Manor, where two males raped her and ordered her to drop them off at the corner of R102 and Glendale Road. They left on foot.” Mbele said charges of robbery, rape and theft were opened at Glendale police station.

Cape Town police are on the hunt for criminals who hijacked a traffic police patrol vehicle just after midnight on Tuesday. Cape Town traffic services said a traffic officer was robbed of her patrol vehicle and personal belongings in Eerste River. The suspects then hijacked another vehicle using the stolen traffic vehicle. “The officer had just dropped a colleague at home after their shift when she was accosted by a group of suspects,” said Cape Town traffic services spokesperson Maxine Jordaan. “They took off, and information from the SAPS is that the traffic vehicle was then used to hijack another vehicle.” Jordaan said both vehicles were later recovered on Old Faure Road near a military base. “The traffic officer was unharmed but extremely traumatised by the incident. She is receiving counselling and support from the department,” said Jordaan. 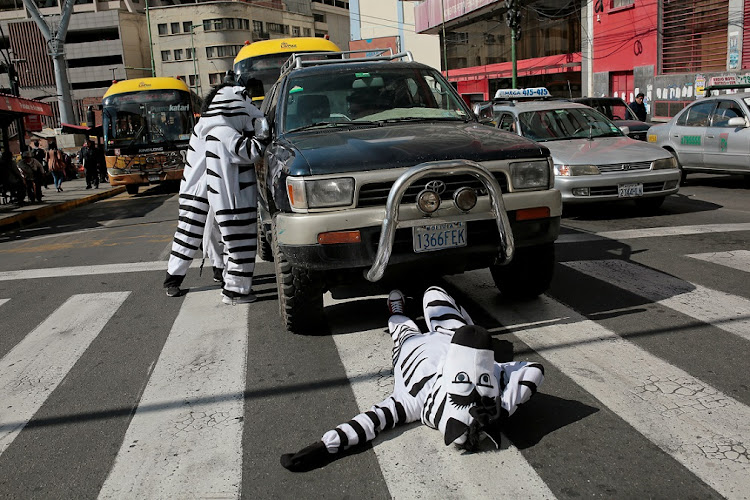 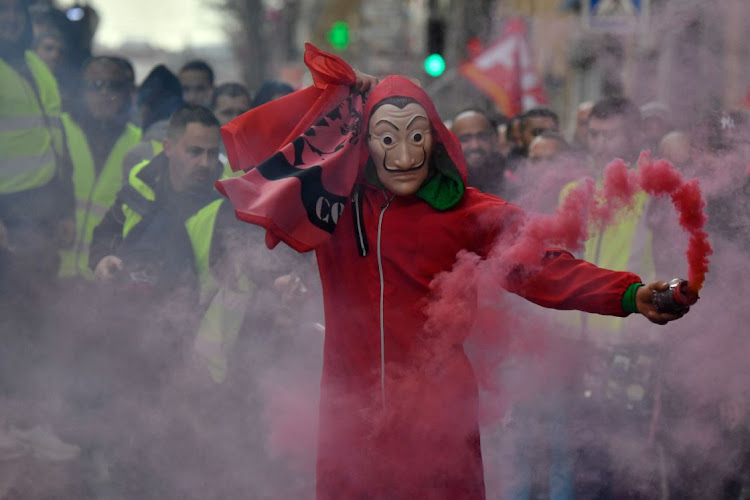 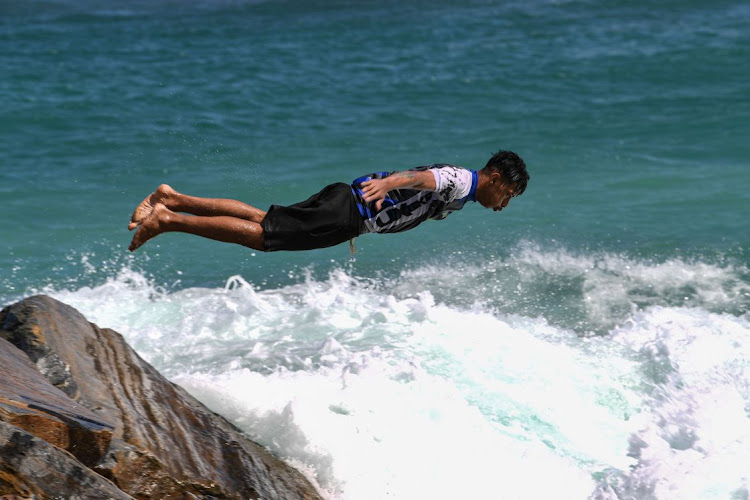 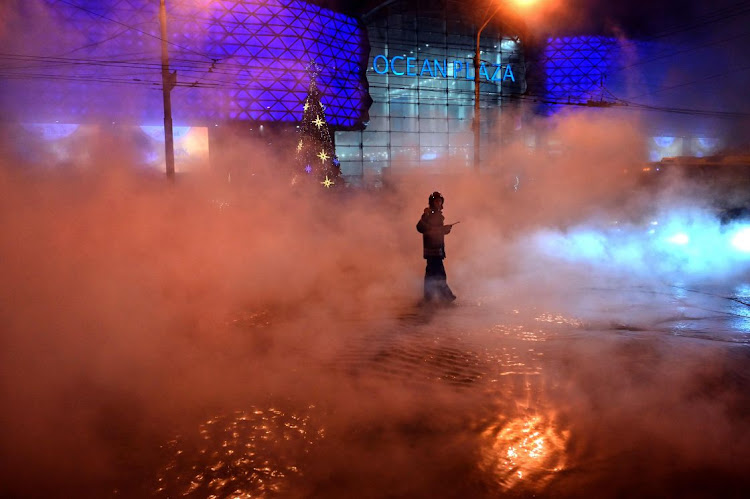 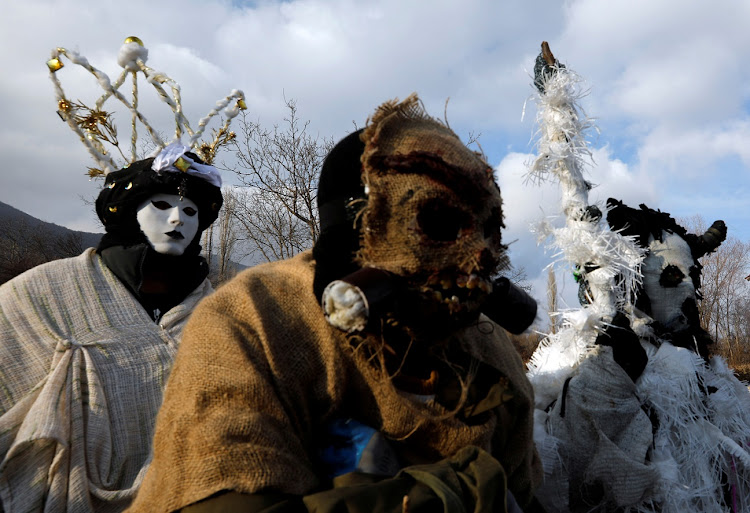 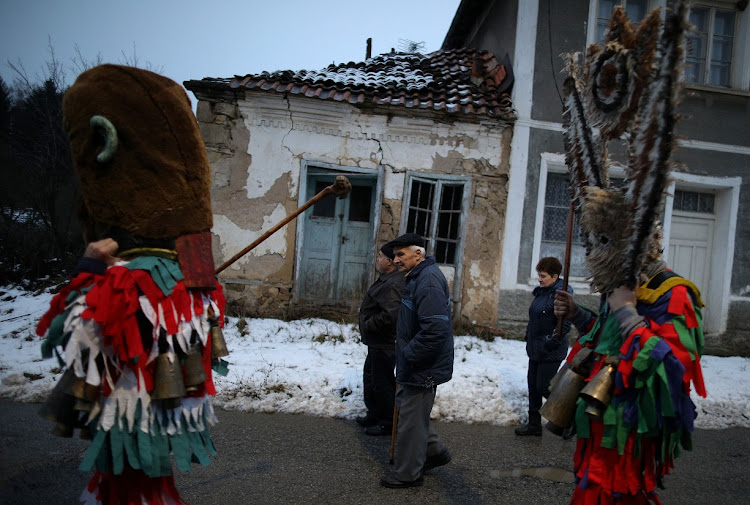 Gran exit: what the queen’s message really says about the Sussex crisis

One’s son was a terrorist, the other’s daughter was killed. Then they met

Going to gym without skipping just got harder

It used to be your playground game. Now it’s the 2020 fad that should be a new part of your fitness plan

Neither traditional robot nor known animal species, these critters are living machines with vast potential use

Water recedes and lawsuit floods in

Jakarta residents have filed a lawsuit against the governor of Indonesia’s capital as they seek to hold authorities responsible over their inaction during some of the deadliest flooding in years, a lawyer for the plaintiffs said. The lawsuit, filed by 243 residents against governor Anies Baswedan, said authorities had failed to take sufficient action and sought $3.1m in compensation. – Reuters

German prosecutors say they have charged three Volkswagen managers and three employees with fraud as part of their investigation into the ‘dieselgate’ scandal. Prosecutors accuse the six of knowingly duping customers into buying diesel cars rigged with ‘illegal software’ to make them seem less polluting than they actually were. The six face charges of ‘serious fraud, indirect falsification of certificates and tax fraud’ related to actions between 2006 and 2015. – AFP

Britain’s 24-million gamblers will no longer be able to use credit cards to place bets under the latest move by the government to tackle problem gambling. Less than a year after Britain slashed the maximum stake that can be placed on popular fixed-odds betting terminals, it said it would ban gamblers from using credit cards to bet online or offline to rack up debt. – Reuters

Former pope Benedict XVI has asked that his name be removed from a controversial new book in which he comes down firmly against married priests, his secretary says. Benedict’s private secretary Georg Gaenswein says on behalf of the former pope he asked co-author Cardinal Robert Sarah to remove the name of Benedict XVI as co-author of the book itself and also to remove his signature from the introduction and conclusions. – AFP

Police arrested 40 people in a south Indian town after rowdy bikers sparked clashes between Hindus and Muslims. More than a dozen people were injured after locals objected to motorcyclists taking silencers off their bikes and riding loudly through a slum in Bhainsa. Police said three Muslim bikers were allegedly beaten up before members from rival groups joined in and properties were set of fire. – AFP

Iran’s judiciary says Britain’s ambassador to Tehran, Rob Macaire, is an ‘undesirable element’, state media reports, after Iranian officials accused him of attending an illegal protest despite his denials. Iran’s foreign ministry, which had summoned him to complain over the incident, would be responsible for announcing any move to expel Macaire. – Reuters
SHOW OF HANDS South Korean President Moon Jae-in speaks during his New Year press conference at the presidential Blue House in Seoul.
Image: Reuters/Kim Hong-Ji/Pool

If inflation is dead, bonds are totally in your best interest

While it may appear crazy to ‘invest’ in negative-yielding bonds, there is method in their madness

Old Mutual shareholders could have done without costly spat

In the name of business unity, Pityana puts the boot into ANC

President of Business Unity SA tells the government: you’ve got a crisis and you’d better deal with it

If you want a really high old time, come up in the world

No harm in already dreaming of another holiday, is there?

KZN gem: A quirk around every corner at Crystal Barn

SPORTS DAY: AB’s name could go back into the Proteas hat

Worrying implications for players and fans at the first Grand Slam event of 2020, which starts on Monday

Blasts from the past: Benni warms up for Mali challenge