In the case over gratuitous displays of the old SA flag, AfriForum has found an unlikely bedfellow in Jon Qwelane

He took on his municipality and won – but lost his family

Judge says Buffalo City has behaved like characters from ‘Fawlty Towers’, but man’s victory is pyrrhic

No kidding around: security guards for crime-ridden schools

The KZN education department will deploy 3,000 security staff in the 2020 academic year

Court spurns worker who asked it to force Cogta to promote him. Why?

Limpopo treasury turned down department’s request to approve his new job, and judge agrees with its reasons

Give whistleblower his job back, protector tells SA nuke body

Kirsten conquers her fears and (nearly) the sand at Dakar

She swore she’d never tackle the gruelling rally. Now the SA woman biker is in a tight race to the finish in Saudi

In politics, size matters, even if you have to ...

The size of crowds retains an urgent grip on leaders’ egos, hence the ability to stuff 3 million supporters into a café

Amid the perils of a warming planet, fostering technical expertise among women reaps significant rewards

MAD DASH FROM ASH A youth living at the foot of Taal volcano rides an outrigger canoe while the volcano spews ash in Batangas province, south of Manila, Philippines.
Image: Ted Aljibe/AFP

Heartbreak over theft of school ‘Clanger’

The matric class of 2019 at Durban Girls’ High School were left heartbroken knowing they may have been the last pupils to ring their school's historic tower bell after it was stolen last week. “It really is saddening to hear things like this because as much as a bell sounds like an arbitrary thing, it carries so much history and symbolises tradition. "It breaks my heart to know there is a possibility our future matrics may not be able to carry on the tradition of ringing the bell on their last day of school,” said 2019 head girl Lumka Swana. Principal Erica Hayes-Hill was left speechless when she arrived back at school to find that the bell had been stolen.” The brass bell, known as “the Clanger”, was unveiled on the school's Glenwood site in 1982. The school has alerted the police.

Six people collapsed and were taken to hospital - five of them critical - after apparently ingesting an unknown substance in the Cape Town suburb of Wetton on Monday. ER24 spokesperson Russell Meiring said: “It is believed to have been some sort of poisoning incident. All those affected had ingested some sort of substance which is not yet known.” It is not known if the victims were related or knew one another. Cape Town law enforcement spokesperson Wayne Dyason said: “City law enforcement officers on patrol in Wetton were alerted to an incident in which three males and one female had collapsed at a bus stop … One was experiencing convulsions”. As paramedics were treating them another person was reported lying on the pavement in nearby Walnut Road and a sixth had collapsed on the corner of St Joseph’s Road and Wetton Road.

A global cyber security company warned on Monday that its researchers had flagged thousands of notifications of attacks on major banks in sub-Saharan Africa. Kaspersky said the malware used in the attacks indicated the threat most likely emanated from the infamous Silence hacking group, known to be responsible for the theft of millions of dollars from banks across the world. “The attacks detected began in the first week of January 2020 and indicated the threat actors are about to begin the final stage of their operation and cash out the funds. To date, the attacks are ongoing and persist in targeting large banks in several countries,” Kaspersky said.

A 14-year-old girl was among 10 people rescued from a “brothel” in Bloemfontein, the provincial Hawks said on Monday. Spokesperson Warrant Officer Lynda Steyn said officers pounced on a flat on Nelson Mandela Drive on Sunday afternoon. A 27-year-old man, nine women and the girl were found at the flat. The females were alleged to be prostitutes. Officers discovered 24 small packets of drugs, condoms and pipes used to smoke the drugs. Steyn said there was also a journal with names and the amounts of money each of them allegedly made a day. The women and the girl were rescued and the man was arrested. He is expected to appear in the Bloemfontein Magistrate’s Court on Tuesday.

Two people died when their two-seater aircraft crashed in Springs on Sunday, Ekurhuleni disaster management services said. EMS spokesperson William Ntladi said they were called to the scene on Mimosa Avenue in New Era after 6pm. He said paramedics declared the pilot and a passenger dead on the scene. “It is alleged that the aircraft was approaching the landing strip at the nearby Springs airfield prior to the incident. Both patients were found inside the wreckage when paramedics and rescuers arrived on scene,” Ntladi said.

A man, believed to be in his 80s, was found dead on Monday at his residence in Vereeniging, Gauteng. ER24 paramedics were alerted at 8am, after members of the public found his body in the garden. The man had been dead for some time, according to medics. "It is understood the man had been mowing the lawn when the lawnmower apparently cut the power cord," said ER24 spokesperson Russel Meiring. Local authorities were on the scene for further investigations. 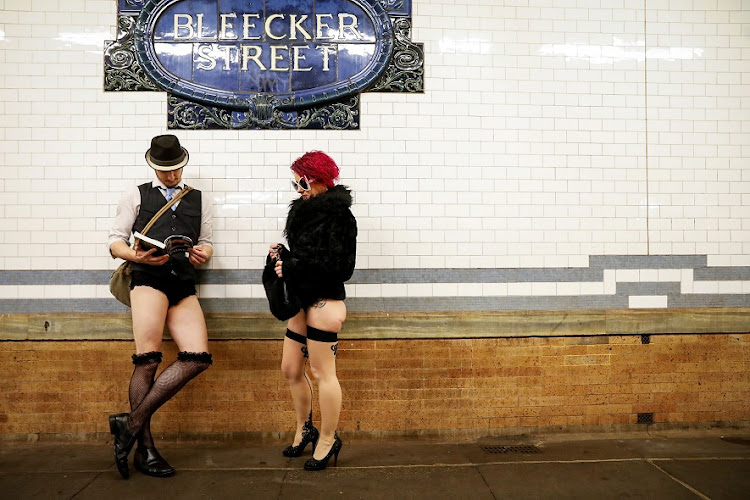 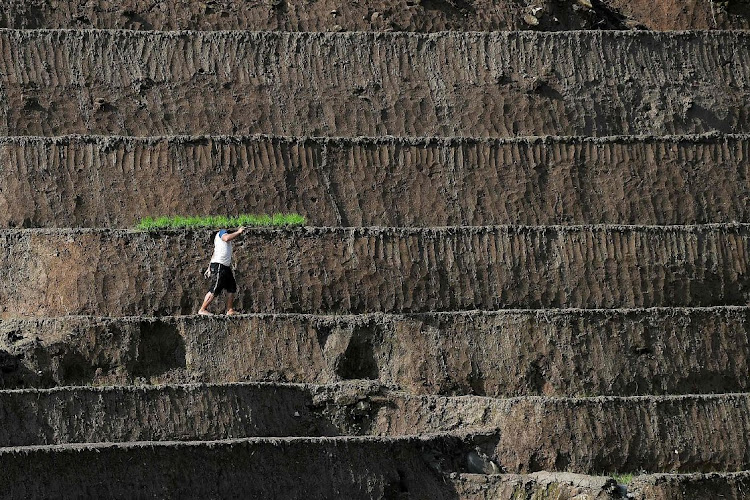 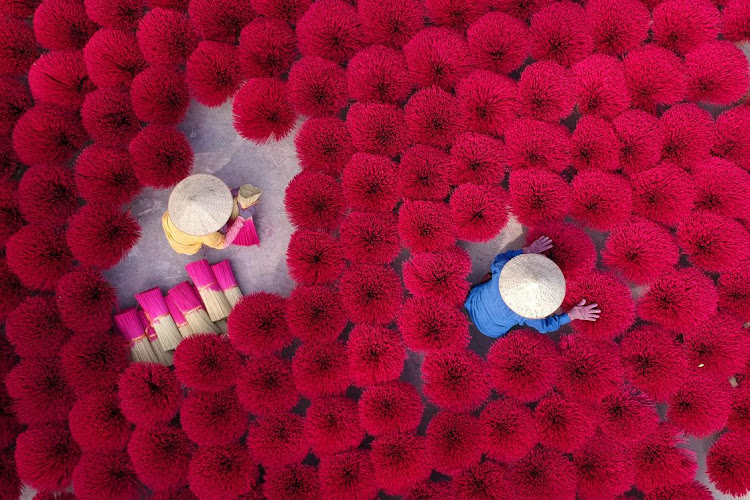 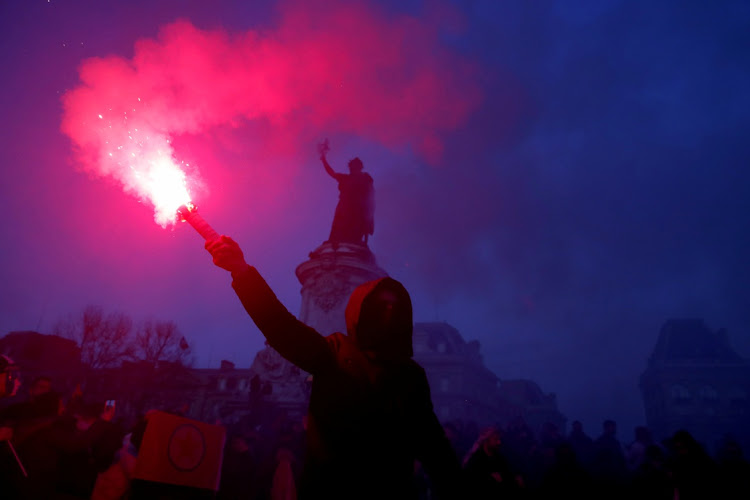 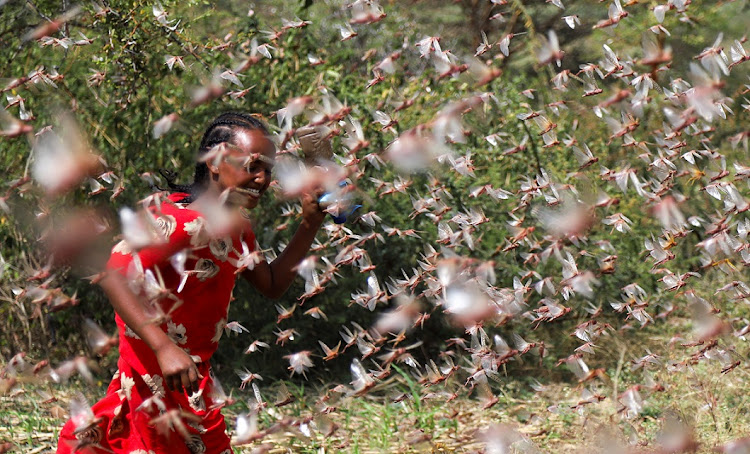 Sober supers lay down the law

A sober supervisor scheme has been launched by Magic Circle UK law firm Linklaters to keep its staff in check at boozy social gatherings. The policy was in place for last month's Christmas party season, with partners appointed to supervise staff at lunches and other festive celebrations. As well as requiring at least one supervisor to stay sober at events where alcohol is served, it is understood Linklaters has been encouraging its teams to call time on social events which revolve around drinking as part of an effort to make the firm more inclusive for staff who do not want to take part. – © Telegraph Media Group Limited (2019)

Families grieving for lost homes and loved ones, burned koalas rescued from charred forests: The devastation of Australia's bushfire crisis has tainted the country's reputation as a safe and alluring holiday destination. Images of the unprecedented scale of this summer's blazes have evoked global shock and an outpouring of sympathy. Thousands of tourists have been evacuated from coastal towns, international visitors have cancelled flights, and the US Department of State upgraded its security advice for Australia, warning travellers to "exercise increased caution". Tourism Australia was forced to suspend an upbeat advertising campaign featuring pop star Kylie Minogue that was launched in the middle of the crisis after the ad was met with incredulity about what many saw as poor timing. – AFP

Kiwis won’t be a mate to koalas

Thousands of people have signed a petition for koalas to be introduced to New Zealand to escape Australia's devastating bush fires, but the proposal has been given the thumbs down by officials. The Koala Relocation Society said koalas were "functionally extinct in Australia" but could thrive in New Zealand which has nearly 30,000 hectares planted in eucalypts. There have been estimates of up to a billion koalas and other animals affected by the fires raging across Australia and there are concerns about how the survivors will cope given the loss of vegetation. As of noon on Monday the online petition had 7,500 signatures, but a spokesman for Prime Minister Jacinda Ardern told Television New Zealand the government's focus was on helping to get the fires under control so koalas "can stay in their natural habitat". – AFP

Former pope Benedict has publicly urged his successor Pope Francis not to open the Catholic priesthood up to married men, in a plea that Sunday stunned Vatican experts. The ex-pontiff, who retired in 2013, issued the defence of clerical celibacy in a book written with arch-conservative Cardinal Robert Sarah. “I cannot keep silent!” Benedict wrote in the book, which follows an extraordinary meeting of bishops from the Amazonian at the Vatican in 2019 that recommended the ordination of married men in certain circumstances. The pope emeritus, 92, and Sarah from Guinea weighed in on the controversial question of whether or not to allow “viri probati” (married “men of proven virtue”) to join the priesthood. Francis is considering allowing it in remote locations, such as the Amazon, where communities seldom have mass due to a lack of priests, and is expected to publish his decision in the coming weeks. – AFP

Alain Robert, the free climber dubbed the "French Spider-Man", on Monday started scaling the Tour Total, a 48-storey skyscraper in Paris' La Defense business district, to show support for workers striking against pension reform. The 57-year-old has climbed more than 100 structures including the Golden Gate Bridge in San Francisco and the world's tallest building, the Burj al Khalifa in Dubai. Robert often climbs without permission and has been arrested many times. He climbs without a harness, using only his bare hands, a pair of climbing shoes, and a bag of powdered chalk to wipe off the sweat. For more than a month France has been mired in strikes over President Emmanuel Macron's push to streamline the pension system. – Reuters

Race against time for war stories

A filmmaker is interviewing as many surviving World War 2 veterans as he can to preserve their legacy for future generations. Rishi Sharma, 22, has been filming conversations with former soldiers since he was a schoolboy and has so far spoken to more than 1,100 across the UK, US, Canada and Australia. Among them is Allan Scott, 98, from Oxfordshire, who describes spending three-and-a-half years as a Japanese prisoner of war after he was captured while serving in Sumatra. Scott, a retired RAF squadron leader, is one of the last survivors to have flown Spitfires during the conflict. Sharma is racing against the clock to speak to as many of the million veterans from Allied countries still alive as possible and root out their untold stories before it is too late. On an average day he does one interview and speaks to five ex-soldiers on the phone, thanking them for their service. – © Telegraph Media Group Limited (2019)

Our only way out is to stop complaining and blaming

Is it impossible to get a universally acceptable definition of the common good? I don’t think so

Edcon and Massmart get their lame ducks in a row

Just for the record: Vinyl still an island in the streaming

Tune you what, Bullet and the Beast are like punk and gospel

Truth be told: The 10 best biographies to burn your ears

From politics to sport and pop, celebs spill their souls in these unmissable memoirs

Durban rolled into New York with a splash of YSL blue