So many promises, Cyril, but SA is still a corrupt, captured mess

What happened to his list of Madiba-inspired ‘tasks’ from two years ago? Where’s the urgency and determination?

Modise: Hospital made me wait to see brother. Staff: She harassed nurse

Struisbaai depends on boreholes to fill reservoir, but unexpected outages left it without water at peak tourist season

Despite contacting Joburg Water many times, refuge for destitute girl claims nothing was done

Marks soared for matrics who wrote in secret exam camp

The novel idea to keep 1,300 pupils away from crime and violence during exams has more than paid off

So, are the top matrics from years gone by still flying high?

Times Select caught up with the top youngsters from the past decade, and found out what they’re up to now

Shopping online? These are the pitfalls you must avoid

There are many pros to buying goods and services online, but not there are traps everywhere

Stepchildren: watch out for those first-holiday landmines

These trips with a partner’s children can be fraught and have far-reaching consequences, so plan carefully

They wrote it this week: What a Nazi thought of apartheid Joburg

I DARE YOU A demonstrator protests against Chile's government in Valparaiso.
Image: Reuters/Rodrigo Garrido

OR Tambo in dark after transformer fire

OR Tambo International Airport was plunged into darkness after a transformer at a Kempton Park substation caught fire on Sunday morning. The Ekurhuleni municipality confirmed the airport was one of a number of places affected. According to reports by commuters, the power outage caused major inconveniences. “Eskom's transformer in Kempton Park caught fire affecting @City_Ekurhuleni customers. Ekurhuleni Emergency Services on site,” Eskom tweeted. It said the cause of the fire would only be established once it was safe to investigate. Emergency services could not be reached for comment on Sunday. The official OR Tambo Twitter account said power had been restored.

The National Union of Metalworkers of SA (Numsa) has launched an attack on the entire Eskom board, as well as chief operating officer Jan Oberholzer. In a statement issued on Sunday by Irvin Jim, Numsa general secretary, the union said that while it welcomed the resignation and departure of the “economically conflicted” Jabu Mabuza it did “not buy his cheap tactic of simply taking the fall for misleading the president”. “Our honest view is that the entire incompetent Eskom board must go including the COO, Jan Oberholzer, who has added absolutely no value except adding to the wage bill,” it read. Mabuza resigned as chair of the Eskom board on Friday after reports that he had misled President Cyril Ramaphosa over the load-shedding saga. Numsa called on the ANC national leadership to “deploy a new competent minister of public”.

A woman died when she was flung from a motorbike that crashed into a bridge at Paradise Valley, west of Durban, on Sunday morning. According to Rescue Care's Garrith Jamieson, the woman, believed to be in her 50s, was a passenger on the bike, which seemingly hit a bridge at the M13 off-ramp on the N3 freeway, between Durban and Pinetown. “The passenger was ejected from the bike, and went over the barrier. [She fell] approximately 20m to 30m down an embankment into the ravine below. She has been declared deceased on the scene,” he said. The woman's body had been recovered. The driver, also believed to be in his 50s, had also died. The exact cause of the crash was unknown.

DA worried after murder at hospital

The DA is worried about the safety of public health facilities after a patient was shot dead at Clairwood Hospital in Durban on Friday. According to police, two armed suspects entered the hospital and fatally shot a 47-year-old patient. He sustained a gunshot wound to the head. The motive for the killing is unknown and a case of murder is being investigated. DA KZN health spokesperson Rishigen Viranna said the “execution-style” shooting came in the wake of recent violent attacks at other health facilities in the province, including at KwaMsane, Nkonjeni and RK Khan. He said the safety of both patients and hospital staff were at risk. “Of particular concern in this latest case is that the gunmen drove onto the Clairwood Hospital property, seemingly without any security checks. According to reports, while the gates were locked when they tried to leave, they were able to do so by threatening the security guards into opening them.”

Parliament wants a full report into the SA Air Force plane crash in the Democratic Republic of the Congo last week. The SAAF transport aircraft crashed and caught fire while landing at Goma airport in the eastern part of the DRC on Thursday. On Sunday, Cyril Xaba, chair of parliament's portfolio committee on defence and military veterans, said he was relieved that nobody had been injured in the January 9 crash. Nearly 70 people, including members of the SA National Defence Force, were on board. “We need a full report on what went wrong and ensure that there are measures in place to prevent the reoccurrence of such incidents,” said Xaba. “The committee will, during the next [parliamentary] term, invite the department of defence for a briefing on the details of the crash and the measures that are put in place.”

Mogale City mayor Naga Patrick Lipudi died on Sunday morning at the age of 59. According to Sabelo Ngwane, chief administration officer in the mayor’s office, Lupudi was in and out of hospital due to an illness the family could not disclose. “He had been home recuperating but was readmitted on Saturday at Helen Joseph Hospital and died this morning [Sunday]. His family is not taking the sudden death well,” Ngwane said. The date of his funeral has not yet been confirmed. Lipudi became mayor in 2017, when he replaced Michael Holenstein. 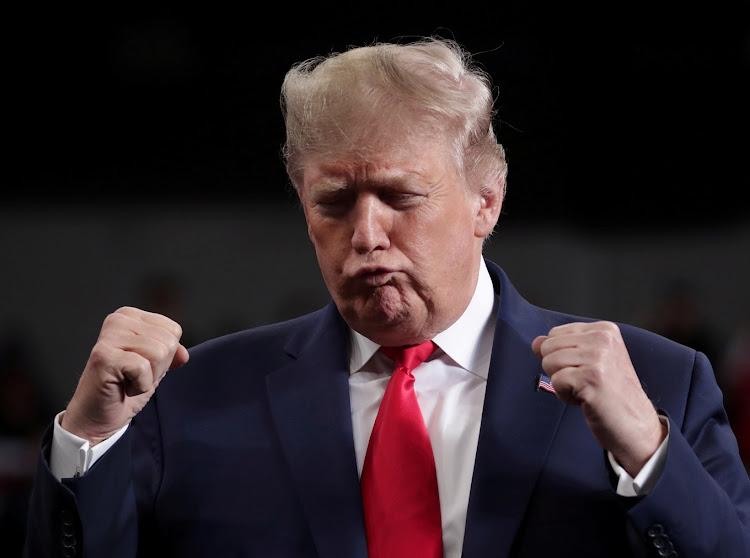 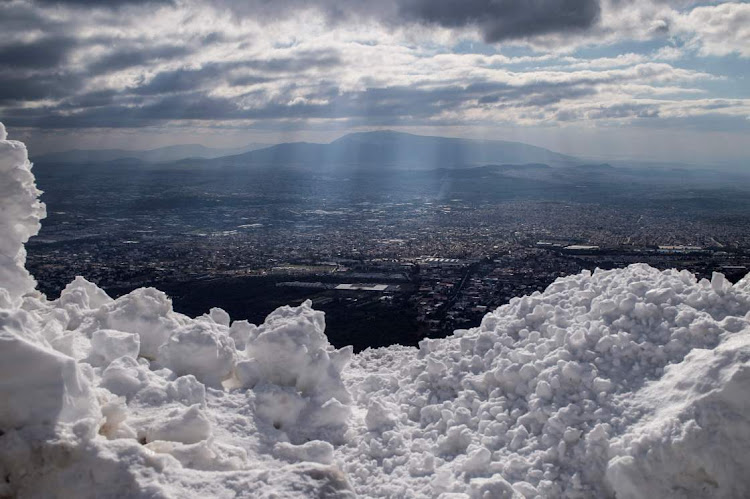 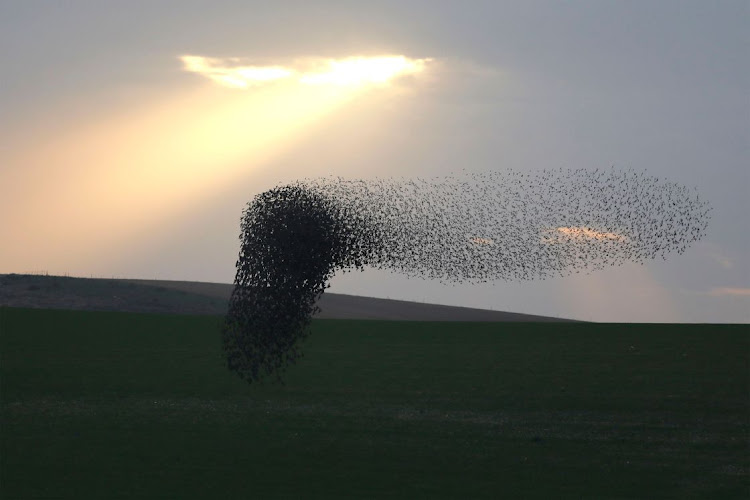 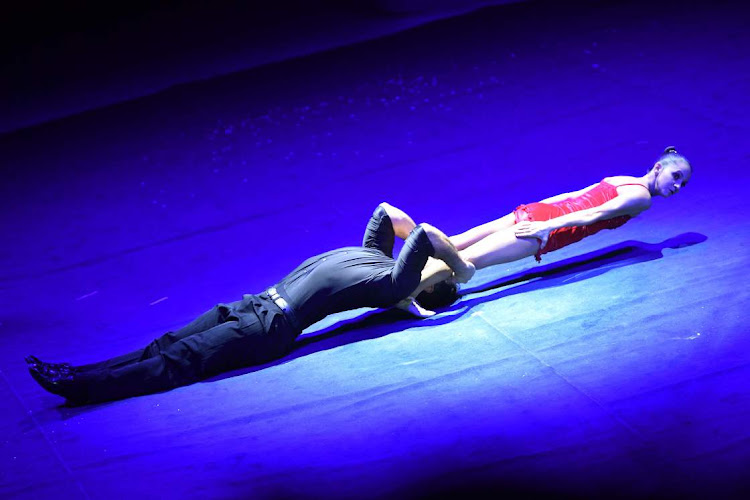 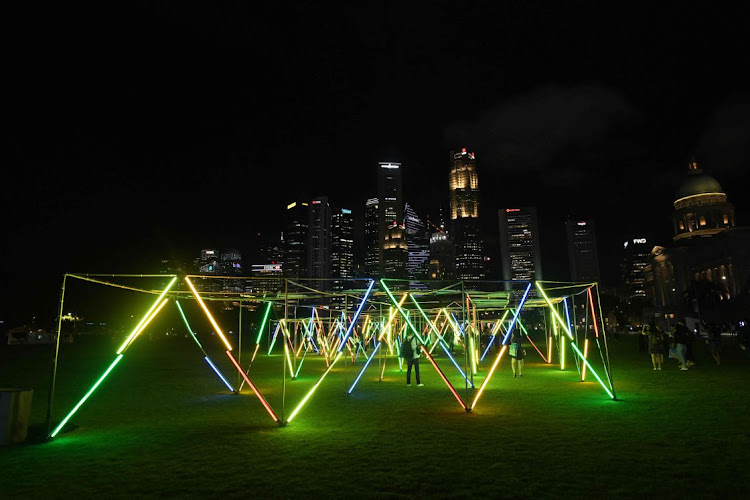 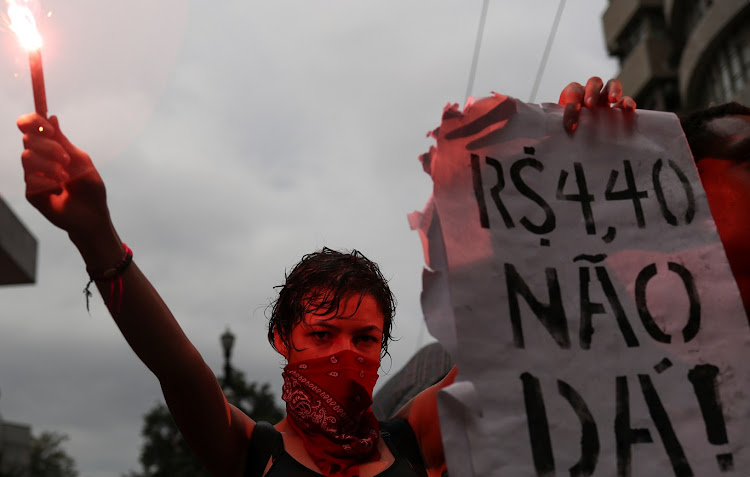 Courting disaster: the key events that led to the ‘Sussex situation’

As the palace reels from the Harry and Meghan bombshell, it’s helpful to look at three pivotal moments in 2017

Trump can hit the Middle East reset button, but he’ll probably blow it

ANALYSIS: Sporadic victories against Iran will change nothing in the long-term balance of power in the region

Not only that, Briton Jonathan Kerr’s theory is more prosaic than some might have hoped

Chalk and cheese: why a US soap gripped post-communist Russia

Roger Federer has issued a non-committal reply to Greta Thunberg and the other climate activists who have been protesting against the sponsorship deal he has with Credit Suisse - a bank closely associated with fossil fuel extraction. Twelve Swiss activists appeared in court on Tuesday after they had refused to pay fines incurred when they staged a publicity stunt last year to highlight Federer’s relationship with the bank. Meanwhile, Thunberg retweeted a post claiming that claimed Credit Suisse had given $57bn to organisations searching for new fossil fuel deposits. Federer's response did not make any commitment to changing his relationship with Credit Suisse. – Telegraph Media Group Limited (2020)

A Royal Navy pilot rescuing people in Australia has spoken of a critical emergency mission - to supply beer to a pub cut off by the bushfires. Lt-Cdr Nick Grimmer said a logistics ship, delivered the supplies on Friday to the pub in Mallacoota, a town of around 1,000 people in south-east Victoria. Grimmer said the locals were “extremely pleased” with the 20 kegs and four pallets. “The Australians like a beer it turns out,”” he added. – Telegraph Media Group Limited (2020)

A R20 pill currently used to treat diabetes could stop women suffering miscarriages, research suggests. The treatment works by increasing the number of stem cells in the lining of the womb. Previous research found a lack of stem cells in the uterus wall was causing thousands of women to suffer recurrent miscarriages. It also found that the cells protect against stress and inflammation, which can cause the breakdown of the womb lining. The new study used a diabetes drug called sitagliptin to attempt to inhibit an enzyme that affects circulation of stem cells in the womb. – Telegraph Media Group Limited (2020)

Several Israeli school districts held impromptu tolerance classes on Sunday after the country's education minister angered LGBT campaigners by implying homosexuality was unnatural. The furore over the remarks by Rafael Peretz - who last year spoke favourably about “conversion therapy” - reached into the Israeli cabinet, one of whose members is openly homosexual. Asked by a newspaper what he would do if one his children had a “different sexual orientation”, Peretz said: “Thank God, my children grew up in a natural and healthy way. They are building their homes on the basis of Jewish values. I don't bother my head with ‘what if’ thinking.” - Reuters

Not only God is looking down on paedo priest

Jailed Australian cardinal George Pell, convicted over child sex offences, was moved to another prison last week after a drone flew over the facility where he was being held. The former Vatican treasurer is serving a six-year sentence for sexually assaulting two teen-aged choir boys. “Corrections Victoria can confirm that there was an incident involving a drone flying over the Melbourne Assessment Prison on Thursday,” a justice department spokeswoman said on Sunday. - Reuters

Thais jog to get rid of junta

Around 10,000 Thais joined a “run against dictatorship” on Sunday, shouting slogans and wielding three-finger salutes from the “Hunger Games” films in the largest show of political defiance since the 2014 coup. The runners massed before dawn in a Bangkok park to take a stand against the government, which is led by former junta leader Prayut Chan-O-Cha and backed by a parliament stacked with MPs loyal to the military. Across Thailand thousands took part in similar runs, with participants flashing the three-fingered salute as they took off from the starting line. – AFP
PHOTOGRAPHER’S WET DREAM The PowerEgg X autonomous personal AI camera converts into a drone and flies through falling water at the Consumer Electronics Show in Las Vegas.
Image: David Mcnew/AFP

MTN share price up as Nigerian tax headache goes away

Withdrawal of R28.54bn bill is but the latest in a series of problems in the country for company

Is 2020 going to be great or grating? Here’s what the experts say

We asked an analyst, an astrologer, a psychic and a numerologist to tell us what they foresee for the year

Chewing the fat on a keto cure for diabetes

Many doctors say there is an alternative to drugs for type-2 diabetes that’s more effective, safer and cheaper

Back to school: it’s still the best way to turn over a new page

Why you still need to go to school, and how to survive it once you’re there

Introduced as an anaesthetic and often used as a horse tranquilliser, it is now touted as a cure for many ailments

As Newlands citadel was breached, adding to England’s hoodoo-smashing record, it was the juniors who stepped up