The construction mafia run wild, but Cyril and the cops won’t lift a finger

Lawlessness has taken hold, but he won’t fire the police minister because he helped get him into power

‘Don’t panic’: most Covid-19 victims will be fine, says an expert

There will be more infections in SA, but the vast majority will recover, so don’t overreact, warns virologist

Coughing up for overpriced and useless masks?

Prices for face masks have skyrocketed from R75 to nearly R2,000 for a pack of 50

Give me my job back - or R16m, says former SABC boss

Axed COO Chris Maroleng has taken the battle to the labour court, saying the bigwigs are out to get him

The first black South African to win a gold medal has been largely forgotten, but that’s about to change

They say they have been left high and dry by the police, who continue to hide the progress of their investigation

Worried about Eskom tariff hikes? There’s a ray of hope

Nuclear wants to hitch a ride with renewables. Is it really an option?

Lobbyists argue nuclear power is just as cheap and easy as renewables. Many experts beg to differ

Don’t let your new car take you for a ride

They wrote it this week: Nothing like a young ass to perk up an old donkey

Solitary refinement: I embraced being alone and it changed my life

In the event of a pandemic, I’m fully prepared for self-isolation, after a year of ‘just me’ time

Genesis are back and to hell with the critics. They never liked them anyway

The music snobs may sniff, but this reunion is one to cherish, and there are a legion of fans who will agree

no clowning about Thousands of cyclists took part in the 42nd Cape Town Cycle Tour on Sunday.
Image: Esa Alexander

Woman lies about having coronavirus

An Eastern Cape woman could face criminal charges after lying about having the deadly Covid-19 virus, the provincial health department said on Sunday. Department spokesperson Sizwe Kupelo said the woman posed as a novel coronavirus patient at the Grey Hospital in King William’s Town on Saturday. Kupelo said the woman claimed to be an employee of the 38-year-old man who was last week diagnosed as the first person in SA to have contracted the disease. The man was diagnosed with Covid-19 after returning from Italy. The woman refused to give staff her information. “Upon verification and speaking with her family, it was established the woman had fabricated the story as her relatives confirmed she is unemployed.

Six people were shot dead and several others wounded when gunmen stormed into a home in Khayelitsha, Cape Town, and opened fire on them on Sunday morning, Western Cape police said. Police spokesperson Brig Novela Potelwa said one of those wounded in the attack was a six-year-old girl. Five people were declared dead on the scene while seven others were wounded and rushed to hospital, Potelwa said. A sixth person died shortly after arriving at hospital. “Of the seven injured one is a 6-year-old girl,” Potelwa said. No arrests had been made. Anyone with information on the attack can contact the Crime Stop number 08600 10111 or use the MySAPS App.

Three people were killed and several others injured when a car rolled on the R408 near Dutywa in the Eastern Cape, police said on Sunday. Police spokesperson Jackson Manatha said the Toyota Avanza crashed on Saturday after 5pm near Magileni village. Manatha said three people, including the driver and two men, aged between 25 and 60, were killed when the car rolled. Seven other passengers were seriously injured and were all rushed to the Butterworth Hospital. The cause of the accident was still unknown. Last week, a deadly bus crash near Butterworth claimed the lives of more than 20 people. Sixty-eight others were injured.

North West police have finalised their probe into the death of Parktown Boys' High Grade 8 pupil Enock Mpianzi. Mpianzi died on a school camp at the Nyati Bush and Riverbreak lodge in Brits in January when the makeshift raft he and other pupils had built capsized in the Crocodile River. “I can confirm that the police have finalised the inquest case of Enock Mpianzi and handed it to the department of justice for a decision,” Col Adele Myburgh said. This past week, in a report released by the Gauteng education department, Parktown Boys' High teachers and resort staff were found to have been negligent by allowing the water exercise to go ahead. These included negligence around the safety of the pupils during the water exercise, the use or lack of life jackets and a lack of control over the pupils.

Boy, 15, missing at sea in Melkbosstrand

A 15-year-old boy was swept out to sea by rip currents at Table View Beach in Melkbosstrand on Saturday evening, the National Sea Rescue Institute (NSRI) said. NSRI Melkbosstrand station commander Peter O’Hanlon said rescue crews were activated just after 6pm on Saturday after reports of a drowning in progress. “On arrival on the scene an extensive sea, air and shoreline search commenced, including rescue swimmers deployed into the surf conducting free-dive sweeping-line search efforts,” O’Hanlon said. He said despite an extensive search there had been no sign of the 15-year-old boy from Kraaifontein. The boy reportedly got into difficulty in the surf while swimming and was swept out to sea by rip currents before disappearing in the surf line, he said. The search for the boy was expected to continue on Sunday.

Two KwaZulu-Natal men have been arrested for stealing an AK47 assault rifle after witnessing a shooting in KwaMashu, north of Durban, on Friday evening. The men stole the gun after unknown assailants shot at a car travelling on Nyala road, causing both vehicles to crash into a residential wall and leaving the driver wounded. The shooters abandoned their vehicle and hijacked another in the area. “Two men who witnessed the incident went to the suspect’s vehicle and stole an AK47 rifle with 18 rounds ammunition,” said KwaZulu-Natal police spokesperson Capt Nqobile Gwala. Police arrived on the scene of the incident and investigations led to the arrest of the two men, both aged 29, who were found in possession of the AK47 rifle and ammunition. 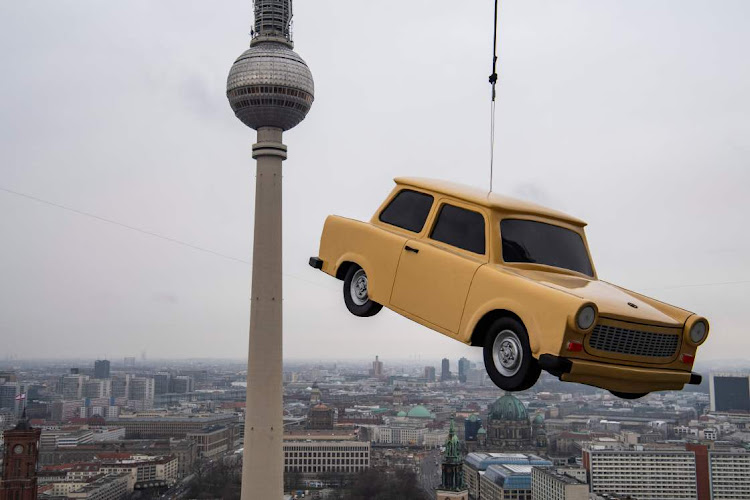 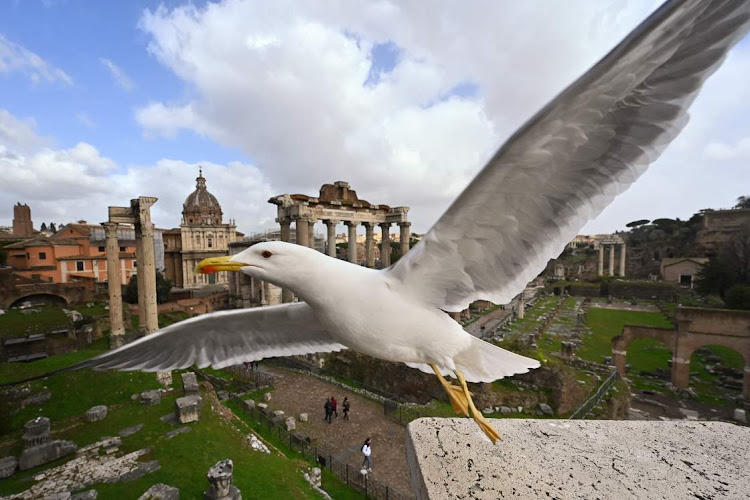 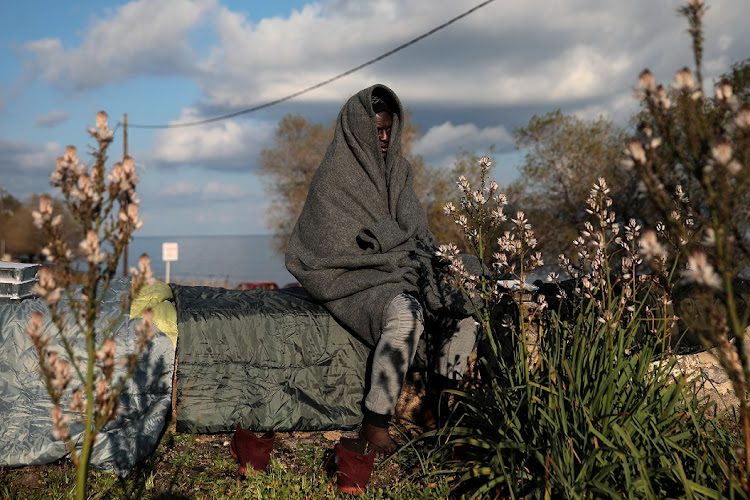 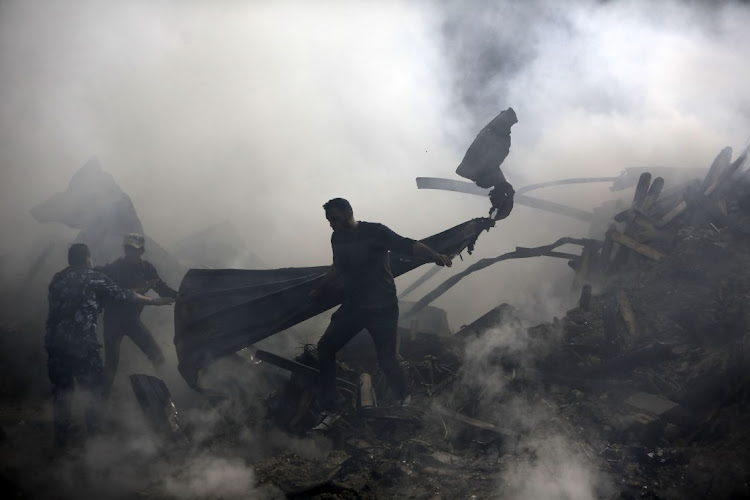 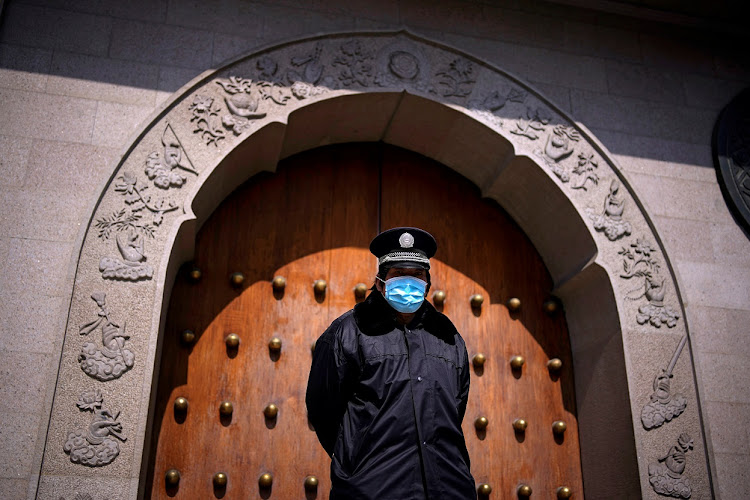 Mild to deadly: these case studies show how coronavirus could affect you

Nobody is immune, and the studies give a good idea of the types of illness seen across the world

With the terrible years the queen has had, the Firm looks to the duke’s steady, down-to-earth hand

No sauce for the gander: why ‘bullying’ women bosses tread a perilous line

Bosses like Priti Patel and Sheryl Sandberg are called aggressive, but the same standard doesn't apply to men

No more stripping off for the camera for me, says Keira Knightly

The actress says she was comfortable doing it when she was younger, but motherhood has changed her body

OUT AND ABOUT Pigeons roam around Piazza Duomo square after a shutdown due to coronavirus in Milan, Italy.
Image: Reuters/Guglielmo Mangiapane

Christenings are at risk in the UK over fears that babies could be infected by coronavirus, as the Church of England urges ministers to reduce physical contact during services. Members of the clergy have been advised to “consider suspending handshaking or other direct physical contact” which could pass on the virus. A church spokesperson said that while christenings and baptisms weren’t officially banned, the advice is “constantly being reviewed”. – Telegraph Media Group Limited (2020)

Covid-19 ‘is spread by aircons’

Covid-19 ‘is spread by aircons’ Coronavirus could spread around buildings via air-conditioning systems or even on a draught, analysis suggests, after scientists found traces of the virus in a hospital air duct. The results from swab analysis of the rooms used by three coronavirus patients indicate the disease may be more contagious than previously thought. Even though the patient in question was suffering only “mild” symptoms, scientists from the National Centre for Infectious Diseases in Singapore found evidence of the virus in the hospital’s air exhaust. – Telegraph Media Group Limited (2020)

The Duke of York has hired Britain's most respected extradition lawyer as the FBI investigates his friendship with convicted paedophile Jeffrey Epstein. The duke is receiving advice from Clare Montgomery QC, whose clients have included Augusto Pinochet, Chile’s former dictator, and Nirav Modi, who is wanted for India’s biggest fraud. She is briefed by Gary Bloxsome, a criminal defence solicitor who has defended British troops against war crime allegations. Montgomery is thought to command fees of about £1,000 an hour. Her clients have included Shrien Dewani, charged with, and acquitted of, murdering his wife in SA. – Telegraph Media Group Limited (2020)

IS woman ‘forced her kids to watch an execution’

A German woman is facing child abuse charges for taking her three young children to Isil-run northern Syria and subjecting them to military training and indoctrination and forcing them to witness a public execution. Carla-Josephine S, a so-called Isil bride, has been charged with the neglect of her duty of care and child abduction, along with four other charges, in the first case of its kind in Germany. If found guilty, she faces up to 15 years in prison. . – Telegraph Media Group Limited (2020)

Clinton tells why he had affair with Lewinsky

Bill Clinton became embroiled in his notorious affair with Monica Lewinsky to help cope with the anxieties of office, the former US president has said in a new documentary about his wife. “I thought how I could think about the most stupid thing to do and do it,” Clinton says in the documentary, “Hillary”. He says the pressure of the job made him stray. “You feel like you’re staggering around, you’ve been in a 15-round prize fight that was extended to 30 rounds and here’s something that will take your mind off it for a while, that’s what happens ... everybody’s life has pressures and disappointments, terrors, fears.” – Telegraph Media Group Limited (2020)

US senator Kamala Harris, a former 2020 Democratic presidential candidate, on Sunday said she would endorse her one-time rival Joe Biden's bid for the White House. “I have decided that I am, with great enthusiasm, going to endorse Joe Biden for president of the United States,” she said in a recorded message on Twitter. “I really believe in him and I have known him for a long time.” - Reuters

When it comes to funds, bigger is not always better. Here’s why

On a mission: government to cut the cost of diplomats

How CCTV literally changes your mind

Privacy is the main concern around facial recognition, but can constant observation also change the way we think?

This beauty gets its top off at record speed

Got R2.4m to spare? Aston Martin’s new Vantage Coupe might be just the thing for you

Vlok Cilliers is relishing the ‘massive honour’ of helping in team’s revival, including boosting his vocabulary

Blast from the past: Amla off the ODI mark in Bangladesh