SAA gets yet another R4bn from the state. How will it be used?

It must be clear that this is not a bailout, says Pravin Gordhan

University council is UP in arms over COO hiring process

Council member quits, saying the best candidate was overlooked on racial grounds. UP vehemently denies this

Public protector has submitted his tweets to strengthen her case, even though he hasn’t been verified as their author

FREE TO READ | Judge says the spat, centred on how much water was being produced, is ‘much ado about nothing’

What’s more, these remarkable victories were achieved in the space of one week

FREE TO READ | A group of youngsters endured blisters and heat to deliver their message about the poor state of their ...

It’s close to ‘hell’ in this town, but not hot enough for a record

FREE TO READ | Vioolsdrif in the Northern Cape made headlines with a 50°C reading. Then they discovered a faulty sensor

Hedgehogs may not wear red shoes, but armadillos pursuit isnt for dodo’s

FREE TO READ | OBITUARY | Amplats soon realised that when they got Geraldine Bennett across the table, they’d met their ...

DERANGED IN THE ORANGE A man in a mask takes part in a protest against the French government's pensions reform plans in Marseille.
Image: Reuters/Jean-Paul Pelissier

African Global Operations' headquarters were auctioned for R14m on Thursday. The company, formerly known as Bosasa, is based in Krugersdorp and boasts large, green manicured lawns with an assortment of buildings, including a restaurant, canteen, warehouse and offices. The property was bought by security service provider Fidelity. Fidelity CEO Wahl Bartmann said on the sidelines of the auction: “We have huge facilities we can use for the accommodation of our staff,” he said. “There is a lot of office space and a lot of our businesses and admin people will be moving into this area as soon as possible.” Baartman said he expected to spend much more than R14m on the property.

Adam Catzavelos has pleaded guilty to a charge of crimen injuria for his racist comments. Catzavelos gained infamy when a video he recorded on a holiday in Greece went viral after he bragged that there was not a single “k****r in sight” at the beach. Catzavelos appeared at the Randburg magistrate's court on Thursday, where he pleaded guilty. The case was adjourned to February 13 for sentencing. In his plea, he admitted saying the offensive word and that it impaired the dignity of others. The EFF in Gauteng laid charges after the video gained traction - and generated outrage - online.

Former Media24 executive Willem Breytenbach, who is facing indecent and sexual assault charges, was released on R50,000 bail on Thursday. Breytenbach appeared in the Cape Town Magistrate's Court after being arrested at his psychologist's practice in Hartenbos near Mossel Bay on Tuesday. The prosecution did not oppose bail but asked the court to impose stringent conditions before his release on Thursday. Breytenbach, who wore a sagging green T-shirt and blue jeans, was not asked to plead. He allegedly committed the crimes in 1997 and 2017. Copywriter Deon Wiggett has publicly accused Breytenbach of rape. In a four-part podcast Wiggett revealed Breytenbach - a former teacher - allegedly groomed and sexually abused him and other men 22 years ago.

Sangoma killer ‘was fired from cops’

Fritz Joubert was allegedly fired as a policeman when he was 21 - and he was out on bail on a robbery charge at the time he murdered Anele Hoyana last weekend. After Hoyana's murder, Joubert was killed by a police officer in what was described as self-defence. New information obtained exclusively by TimesLIVE's sister publication DispatchLIVE on Wednesday paints a picture of a deeply troubled individual who had run-ins with his superiors and the law. Joubert was born in Lusaka, Zambia, but in later life joined the SA Police, where he was stationed in Boksburg and Bloemfontein. A national police source, who is not authorised to speak to the media, said Joubert was “discharged” from the police on August 31 1995. The reasons for dismissal were not provided by the police, but the source said it was in connection with “too many” deaths.

Deputy minister of social development Hendrietta Bogopane-Zulu's recent comments on gender-based violence have sparked fierce debate on social media. Amid the 16 days of activism for no violence against women and children campaign, Bogopane-Zulu on Wednesday shared strong opinions at a conference addressing the issues, saying women played a part and that men were not solely to blame for gender-based violence. She said women were not only victims but contributors too. “Let's not sit about waiting for enough evidence while women and children are dying. Evidence and research must find us in the process of action. Women are not only victims, but also contributors. We raise angry boys. We are all equally guilty.”

KwaZulu-Natal police have warned people not to keep or distribute stokvel money in their homes. The warning comes after a 62-year-old man was killed during a robbery at a house in Umbumbulu, south of Durban, where people were distributing stokvel money on Tuesday. “While they were busy counting the money, four armed suspects entered. They fired shots at the stokvel members and struck four members. The suspects fled with a large sum of cash,” said SAPS spokesperson Col Thembeka Mbele. The victims were taken to hospital, where the 62-year-old died.

The ANC's Geoff Makhubo was voted in as Johannesburg mayor on Wednesday. Here's what we know about the city's new leader. 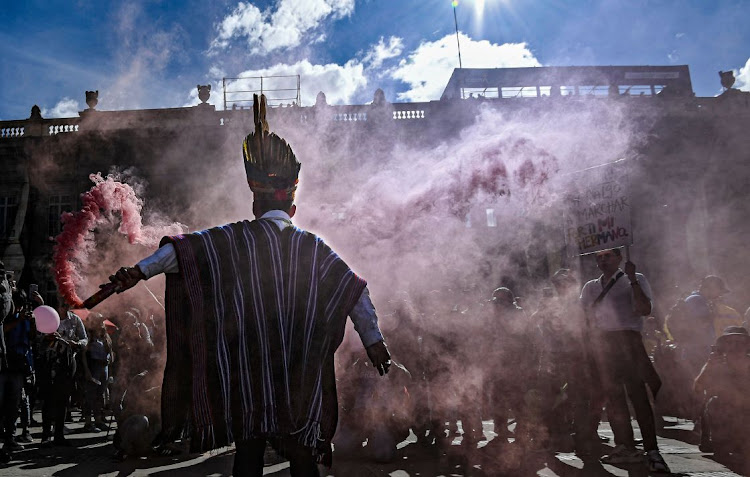 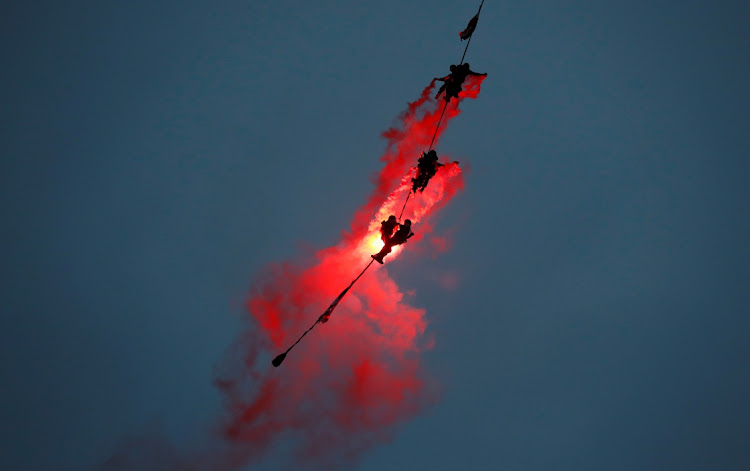 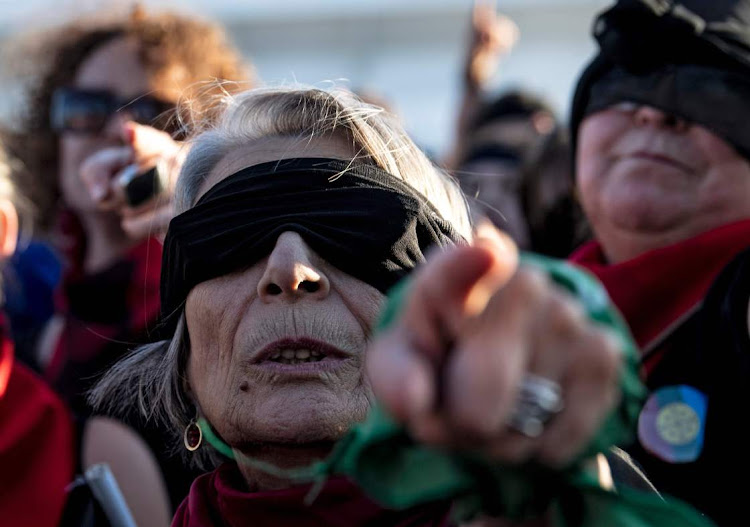 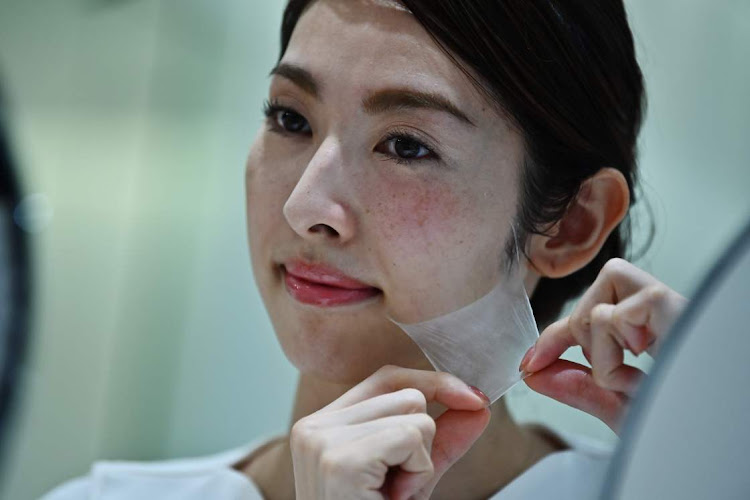 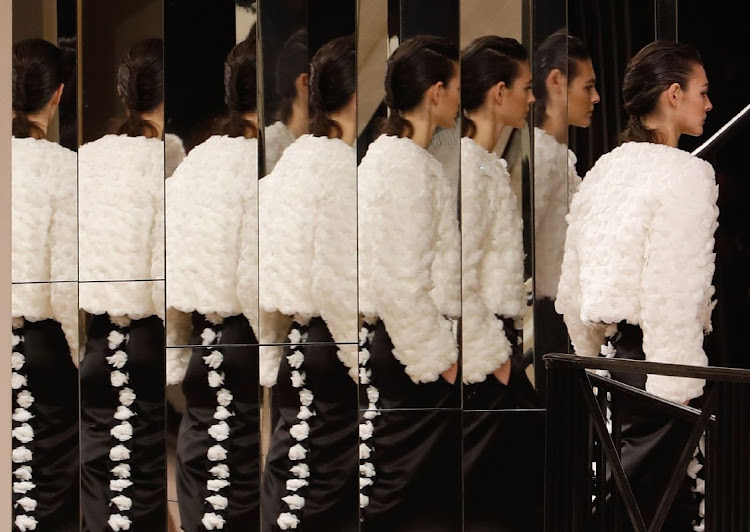 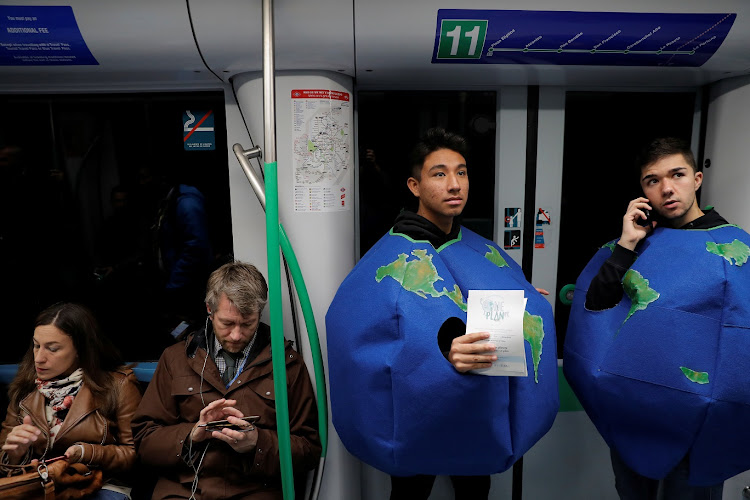 After a bollocking from his dad, Andrew gets one from his big brother

Diddums, Donald! Those bullies obviously missed how sensitive you are

With rover set to blast off in 2020 to collect Martian samples, the fear mounts that Earth will be contaminated

Bah! Humbug! How ‘A Christmas Carol’ turned Dickens into Scrooge

His tale practically invented the holiday as we know it, but in reality the cheer had long since curdled in the writer

A nine-year-old schoolgirl said Melania Trump's make-up was "a bit much" and made her "look sad" after the First Lady visited a Salvation Army centre in East London on Wednesday. Asked about Trump's visit, Quiana Mullings said: "I'm gonna be honest and say her make-up was a bit much. It made her look sad but actually she was very happy."Isabelle Bates, 10, who escorted the First Lady around the present-wrapping drive, agreed, saying: "Everyone was expecting her to be very grumpy but she was actually very nice." Trump was helping the group from Baden Powell Primary School make Christmas wreaths using sparkly pipe cleaners, pine cones and tinsel while her husband attended a meeting of Nato members in Watford. – © Telegraph Media Group Limited (2019)

A man was burnt to death on Thursday after a pastor mistook petrol for water during a healing service in Lagos, the emergency services said. "The pastor picked a keg believing it contained water not knowing it was filled with petrol," said Ibrahim Farinloye of the National Emergency Management Agency. "In the process of emptying the contents on the man, a lit candle nearby sparked fire that engulfed both of them," Farinloye said. The fire in the Baruwa area in the north of the sprawling city spread to nearby oil pipelines, which burst into flames, he added. – AFP

A Japanese magazine that advised women to compliment men on their intelligence by saying "You sound like Socrates" has been ridiculed in the country ranked one of the world's worst for gender parity. JJ, a major fashion magazine targeted at young women, encouraged readers to compare men to the classical Greek philosopher when they say something complicated. A picture of the page sparked mirth when it was shared on Twitter, with some users noting that Socrates did not live happily ever after, as he was sentenced to death by drinking poison. Users of both genders poured scorn on the technique to attract men, with one saying: "If a woman told me I sound like Socrates, I would wonder if she's sane." – AFP

‘Island of the dead’ lives again

A once off-limits, eroding island in New York where more than a million people are buried in unmarked mass graves dug by prisoners is about to become more accessible. For 150 years, unclaimed bodies, the poor, still-born children and Aids victims have been laid to rest on the 1km-long Hart Island, making it one of America's largest public cemeteries. Often referred to as "island of the dead" or "jail for the dead," the islet has for more than a century been run by the prisons department, which heavily restricts access. Relatives are only allowed to visit on two designated days a month. Now there are plans to open it up, signed by mayor Bill de Blasio. It is a major development in a years-long campaign to make the site more dignified for the dead and their families. - AFP

An inquiry into the sale of Pakistani brides to Chinese men has reportedly been halted due to government reluctance to harm lucrative ties with Beijing. The people-smuggling investigation, which involved 629 victims, appears to have been sidelined amid accusations that witnesses had been threatened or bribed to keep quiet while Islamabad moves to cement business ties with its ally. The biggest legal case against the traffickers has already fallen apart, with a court in Faisalabad acquitting 31 Chinese nationals in October due to a lack of evidence. Saleem Iqbal, a Christian activist who has helped parents rescue several girls from China, said the government had put "immense pressure" on detectives to drop the cases. – © Telegraph Media Group Limited (2019)

The first birth-control pill that can be taken just once a month will soon be tested on humans, scientists have said. The star-shaped device contains contraceptive chemicals in each of its arms, which release over time to ensure a steady supply. It has been designed by researchers at Massachusetts Institute of Technology (MIT) in the US who hope it can prevent the 9% of accidental pregnancies that occur each year among women on the pill - most of which happen when women fail to take the drug consistently. The Bill and Melinda Gates Foundation has recently given the scientists nearly £10m to develop the pill so that it can be tested on humans, and doctors say that trials could start within three years. – © Telegraph Media Group Limited (2019)

Your money: Watch out for those sneaking up on the CIA

Most pension funds are managed by Coronation, Investec, or Allan Gray ... but change may be afoot

Sibanye or Amplats? Platinum is so hot, you could buy both

Furniture retailer not taking the hard times sitting down

There are many good reasons to consider Lewis a ‘buy’

‘Sea of Shadows’: So real and scary you think it’s Hollywood

FREE TO READ | Doccie tells of fighting poachers to save the vaquita, an estimated 15 of which are left

Everybody needs a little faith and hope and ... greed

‘The Righteous Gemstones’ is HBO’s most watched comedy debut, now streaming on Showmax

SPORTS DAY: Moroe still not out despite very loud appeals

Blasts from the past: Teenage girls clean up at ’56 Olympics