ANC in the mayoral seat after wrestling Joburg from the DA

After its coalition with the EFF went sour, the DA on Wednesday surrendered the reins in Jozi to the ANC

Everyone wants ‘a piece of state capture’, but few pay the price

FREE TO READ | More than 140 Bosasa vehicles were auctioned, but many bidders walked away disappointed

FREE TO READ | In aggressively imposing their language on others, they are just shooting themselves in the foot

Battle is on to stop the world nicking SA’s plants

Rich nations want free access to our plant genomes, but we aren’t going to give up without a fight

Bad cop gets out of jail, but only to chalk up another conviction

Township preschool staff get something to chew on

Since receiving vital training on nutrition, teachers and guardians have seen improved attendance

After shocking findings in the Northern Cape, researchers call for an end to vitamin A supplementation

WHAT DID I GET MYSELF INTO? A man argues with demonstrators during a protest against Chile's government in Santiago.
Image: Reuters/Pablo Sanhueza

SA Airways must urgently go into voluntary business rescue, President Cyril Ramaphosa has ordered. In a leaked letter, Cassius Lubisi, secretary of cabinet, said Ramaphosa had made the order due to the "dire situation" facing the embattled national carrier. "This is the only viable route open to the government to avoid an uncontrolled implosion of the national airline," the letter reads. "The voluntary business rescue approach will also prevent liquidation applications by any of SAA's creditors, which would land the airline in an even worse position. We remain seized with the SAA crisis and will keep members of the executive informed at all material times." Presidency spokeswoman Khusela Diko confirmed that the letter was authentic and was correspondence to members of the cabinet and deputy ministers.

The anonymity of child victims or perpetrators of crime should remain beyond the age of 18, unless they consent to revealing their identity after they have reached adulthood. The Constitutional Court made this provisional order on Wednesday as it extended the protection of anonymity to child victims, witnesses and perpetrators of crime. The court ruled on Section 153(4) of the Criminal Procedure Act, which before expressly provided anonymity protections for accused children or witnesses in criminal proceedings, but did not extend these protections to child victims. It ruled that this was unconstitutional. The court has given parliament two years to make the necessary legal changes.

A hunt is under way for four men who, pretending to seek help, shot dead a constable in his police van and then used it to rob a shop in Coffee Bay in the Eastern Cape. Two constables, responding to a complaint at Zindidi location just before midnight on Tuesday, were approached by people “under the pretext that they were seeking help”. “Without any warning, one of the suspects shot the driver, killing him instantly,” said national police spokesperson Brig Vishnu Naido. “The second police member was forced to carry the deceased member and, together with the complainant, they were all locked in the back of the police van.” They then used to van to drive to a nearby shop and rob the owner of cash and alcohol. They fled in the shop owner’s car, leaving the police officers locked in the vehicle.

Pupil jailed for trying to run over teacher

A heavy jail sentence has been meted out to a KwaZulu-Natal pupil who assaulted and tried to run down his teacher earlier this year, the SA Democratic Teachers Union (Sadtu) said on Wednesday. According to the union, the 24-year-old pupil was sentenced to 17 years behind bars by the Pietermaritzburg Magistrate's Court last week. “This learner assaulted his unsuspecting female teacher by dragging her out of her car and attempted to drive the car over her in August 2019. This gruesome and inhumane incident happened in full view of some learners in the village of iMpendle at Chibelihle Combined School,” said Sadtu provincial secretary, Nomarashiya Caluza. The union said the pupil shouldn’t have been at the school in the first place, but that he should have been in a learning institute suitable for his age. The KZN education department welcomed the sentence.

Northern Cape police have arrested a correctional services officer in Kimberley after he allegedly raped a 20-year-old woman. Police spokesperson Brig Mohale Ramatseba said the officer worked at the Tswelopele Maximum Correctional Centre in the city. The incident allegedly happened in the early hours of Monday. “The victim was reportedly walking home when she was allegedly grabbed, threatened and raped by the suspect.” The man was arrested on Tuesday and is expected to appear in the Galeshewe Magistrate’s Court on Wednesday.

Tutu in hospital with ‘stubborn infection’

Archbishop Emeritus Desmond Tutu has been admitted to hospital in Cape Town. In a short statement, Tutu's wife Leah said he had been admitted "for a stubborn infection". Details of when he was admitted were not provided. "The Archbishop has been hospitalised several times over the past few years for treatment of a similar condition," she said. Tutu last month celebrated the Springboks' Rugby World Cup victory in Cape Town.

Patricia de Lille, leader of political party Good, attended a debate on 16 Days of Activism for No Violence Against Women and Children on Wednesday. De Lille touched on issues the country faces and what we can do to combat them. 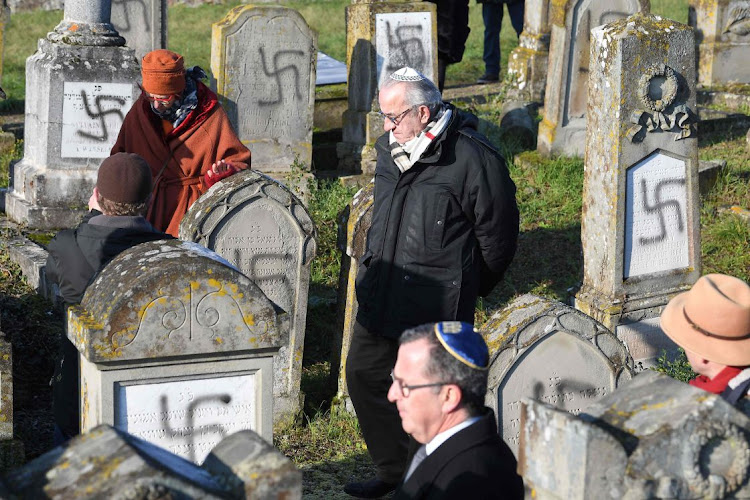 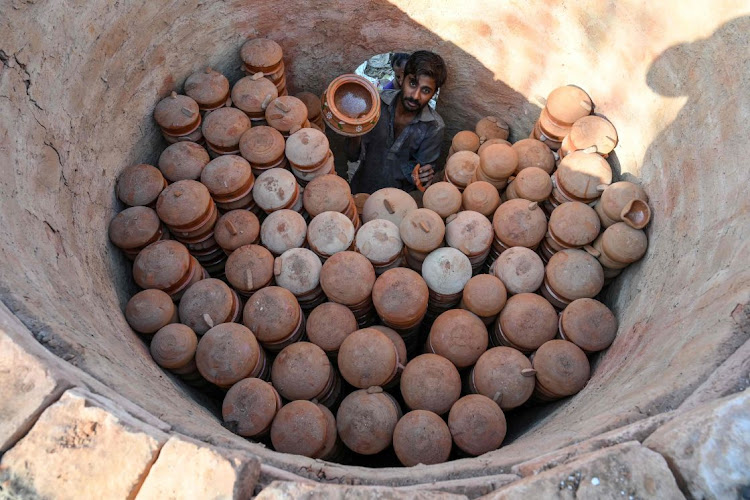 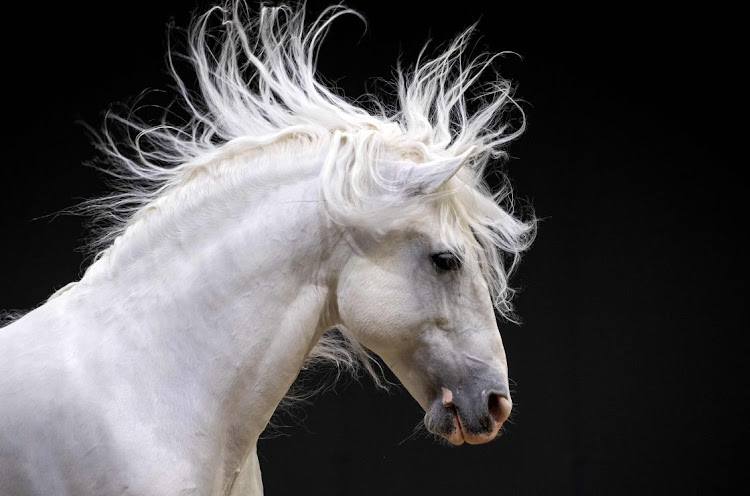 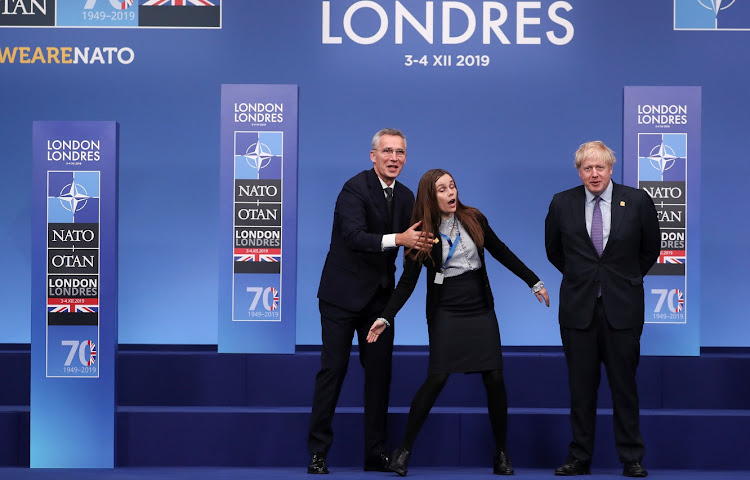 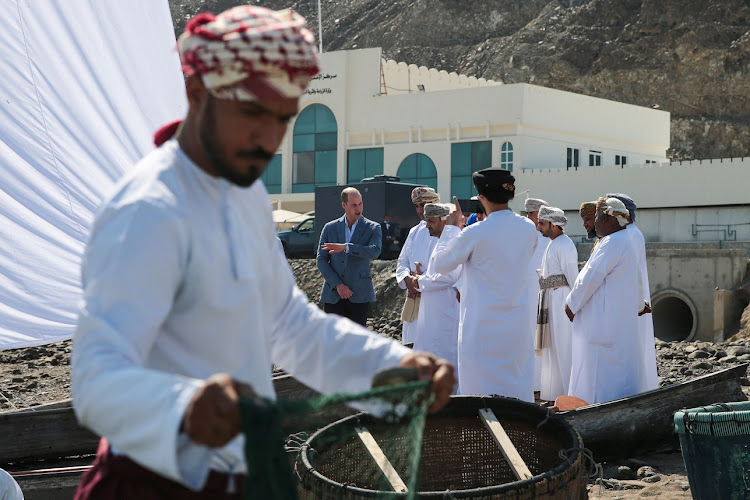 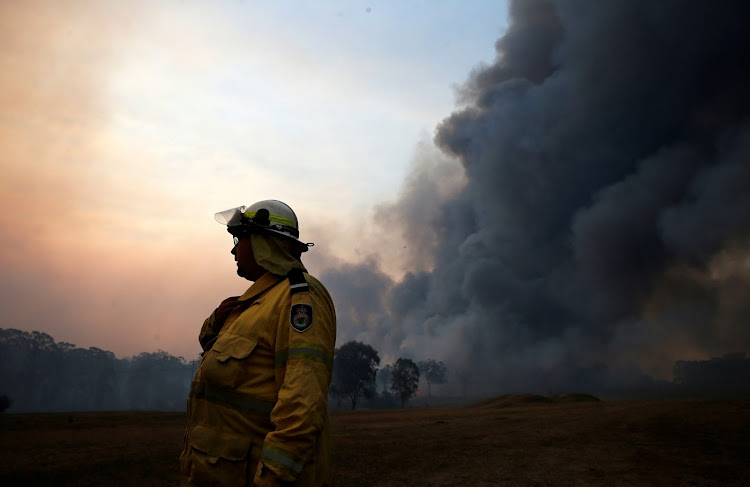 Meet the battered country's own Florence Nightingale, who has delivered scores of babies in her tiny flat

The ‘woke’ climate change fakery is an insult to science

More than 100 babies have been born using artificial incubation, but this couple took it a step further

I’LL GIVE ‘EM SOMETHING TO TALK ABOUT Donald Trump leaves Downing Street after attending a reception hosted by PM Boris Johnson ahead of the Nato summit.
Image: Alastair Grant/Pool/Reuters

Showdown slows France to a standstill

France is prepared for one of its biggest nationwide strikes in years with stoppages by transport workers and teachers expected to paralyse the country in an intensifying showdown between President Emmanuel Macron and unions. Some 90% of high-speed trains have been axed, most of the Paris metro will be shut, hundreds of flights cancelled and most schools closed in Thursday’s strike over Macron’s planned pension reforms. The strike — which is open-ended and could last several days — has drawn comparisons to the struggle between government and unions in November-December 1995 when the country was paralysed for some three weeks. — AFP

Germany’s main car industry body said on Wednesday it expects global car sales to fall by 5% this year, the steepest drop since the financial crisis, and warned of more job cuts in 2020 as a result. Global car sales will fall by 4.1 million to 80.1 million this year, it estimated. The car industry is struggling with weaker demand, tariff disputes sparked by US President Donald Trump’s ‘America First’ policies, business uncertainty linked to Britain’s decision to leave the EU, stricter emission regulation, and managing a broader shift away from combustion engines towards electric cars. — Reuters

All set for a sweat: it’s hot and getting hotter

Last month was the joint hottest November in history, satellite data showed, marking six consecutive months where the world either broke or equalled record temperatures. The EU’s Copernicus Climate Change Service said global temperatures were 0.64C warmer than the November average from 1981-2010, and equal to the same month in 2015 and 2016. The UN said that 2019 is on course to be one of the three hottest years on record, and could break the record for the hottest non-El Nino year. The World Meterological Organisation said it was virtually certain that the 2010s had been the hottest decade in history. — AFP

Labour reckons NHS is up for grabs by US

All the evidence the UK opposition Labour Party has suggests that Britain’s public health service is on the table in trade negotiations with the US, its finance policy chief, John McDonnell, said on Wednesday. With just over a week before Britain votes in a national election, Labour is pushing its suggestion that Prime Minister Boris Johnson will ‘sell off’ the National Health Service — a charge the British leader denies. — Reuters

More than 200 people have been arrested in 31 countries as part of a global crackdown on money laundering, the EU’s police agency Europol said on Wednesday. The swoop during September and November resulted in 228 arrests of people involved in so-called money muling — when people often unwittingly help transfer illegally obtained money between accounts or countries — Europol said. More than 650 banks, 17 bank associations and other financial institutions helped to report 7,520 fraudulent money mule transactions. — AFP

Environmental pressure group Greenpeace said on Wednesday it had detected what it called radiation ‘hot spots’ near the starting point for the upcoming Olympic torch relay in Fukushima, northeastern Japan. Greenpeace said its surveys had shown areas of high readings near J-Village, a sports complex located about 20km from the nuclear plant damaged in the 2011 tsunami. Greenpeace said it had detected some spots with radiation levels as high as 1.7 microsieverts per hour compared with the nationally allowed safety standard of 0.23, and a normal reading in Tokyo of around 0.04. — AFP

BULL’S EYE: Days of treachery and terror in the newsroom

FREE TO READ | Journalism has transformed itself since the 1970s, but certain memories tend to linger like unpleasant ...

Will dumping fast food grease the wheels of Taste Holdings?

Streetwear to swear by: Hot young labels you need to know

Your smart-casual guide to decoding the dress codes

Every party situation and what you should wear

SPORTS DAY: Just what cricket needs – a strike by players

Big Andy Carroll back to tear stripes off Sheffield United

Towering striker returns from injury for Newcastle, while Arsenal crave a win against Brighton

Blasts from the past: Craven on debut as Boks down Wales