Lotto winner wins fight to keep ex-lover from his money

What to do with idle kids after exams? Send them to the zoo

Pupils around SA are ditching school after their final paper, but this school had a fresh, and productive, idea

FREE TO READ | MeerKAT’s first discovery of a ‘transient source’ provides a glimpse of how stars live, evolve and die

Mildred Oliphant, Baloyi grilled over how GCIS chief Themba Maseko was elbowed out

Thirty arresting officers, handcuffs, sirens and feminist song were unnecessary, and have cost the police R75k

By the time they're adults one in four will have contracted the virus, with most infected during adolescence

SA’s own Wikipedia would nuke the sad, boring facts

If our government, like Russia’s, banned Wikipedia, the scope for new and encouraging facts would be almost limitless

This is gutting for the clean freaks, but your body likes it dirty

Jangle Bells: why weird duets like this make tills ring at Christmas

As Robbie Williams teams up with Tyson Fury, let's ponder the eternal appeal of the incongruous festive double-act

EYE SHADOW Donald Trump speaks to the press before leaving the White House en route to London to meet with Nato leaders as the alliance turns 70.
Image: Brendan Smialowski/AFP

SA continues to face a challenge with young drivers who are notoriously recognised as “unsafe and aggressive”. However, married people and older women are providing a good example. This is according to a review of motorists' behaviour on a driving app. Chief actuary at Short-Term Insurance Rudolf Britz said a recent review of two years’ worth of statistics indicated that 60% of its Safe Dayz users were between 25 and 55 years old. Clients younger than 35 earned more safe-day points than those over the age of 35. “There is no significant difference between males and females. However, younger females are slightly safer than their counterparts, but tend to behave similarly until the age of 55, when females become increasingly safer than males,” said Britz. “Of the travelling days measured, “49% were safe, with young, married clients recorded as safer than young, single clients.”

Disaster management teams have been placed on high alert as KwaZulu-Natal braces itself for more inclement weather, from gale-force winds to heavy rain and localised flooding. SA Weather Service spokesperson Hannelee Doubell said on Tuesday the team was monitoring conditions along the coast and over parts of the province. " There are some storms expected. I can see it is already happening over parts of the Eastern Cape. There are high seas between Port Edward on the south coast and Kosi Bay on the north coast. There’s a watch for severe thunderstorms over uThukela, uMgungundlovu and the Harry Gwala districts. There’s also a watch for strong south- to southwesterly gales of 41-45 knots between Port Edward and Maputo in Mozambique." Flooding was expected over the eastern parts of the province.

Bid to save West Coast jewel from mining

The future of one of SA’s most important biodiversity areas, the Olifants River estuary on the West Coast, near Lutzville, could be decided at a crucial meeting on Wednesday. This is when various government departments and conservation agencies come together at a meeting hosted by CapeNature to try to finalise a consensus proposal for legal protection for the estuary. This issue has been argued inconclusively for more than a decade. However, formal protection of the estuary, one of the largest on SA's coastline and which is listed as a critical biodiversity area and ranked in the top five estuaries based on a conservation-worthy index, has become urgent because of the threat of increased mining operations in the region.

Just because some people find the old SA flag offensive is not sufficient reason for its display to be considered hate speech. This is one of the reasons given by AfriForum for why it is appealing against an equality court order which found that displaying the old flag constituted prohibited hate speech, discrimination and harassment. AfriForum filed its application with the Supreme Court of Appeal in October. CEO Kallie Kriel said the organisation strongly supported freedom of speech but believed genuine hate speech should be opposed: “AfriForum’s view has always been that hate speech takes place when hate against a group of people is propagated based on their identity - for instance their race, ethnicity, gender orientation or religion - and when the statement in this regard is combined with an incitement to cause the group harm.”

Shape up or I’ll step in, Makhura warns metros

Gauteng premier David Makhura signalled on Tuesday he was ready to step in over the mayoral disruption in the Tshwane and Johannesburg metros. “Should the city of Johannesburg fail to elect a mayor on Wednesday, December 4 ... the provincial government will intervene decisively,” he said. “We will not allow political games on matters that fundamentally affect the lives of millions of Gauteng residents. It is time for swift and decisive action where there is governance or service delivery failure.” The post has been vacant since Herman Mashaba resigned at the end of November. A November 28 vote to elect the new mayor was postponed to this week. Makhura said he wanted the mayoral vote to take place on Wednesday and the new mayoral committee in place before December 15. Regarding Tshwane, the province would not sick back and watch “while people suffer as a result of mismanagement and maladministration”.

A man who was forced into a coffin and threatened with death by farm workers who claimed he stole copper cables is “hurt” after learning their conviction for attempted murder has been overturned. The High Court in Middelburg had in 2017 sentenced Willem Oosthuizen and Theo Jackson to 16 and 11 years behind bars, but they will now serve five years after the Supreme Court of Appeal overturned the convictions. They have already served two years so could be eligible for parole in 2020. Victor Mlotshwa said on Tuesday: “It is so painful and hurtful to me. I knew they were appealing but I didn’t expect this. I feel betrayed because I just don’t understand. I feel like there is another hand at play.”

On Monday the Competition Commission announced dissatisfaction with extremely high data prices in SA. MTN and Vodacom have been accused of anti-competitive behaviour in the sector by the commission. 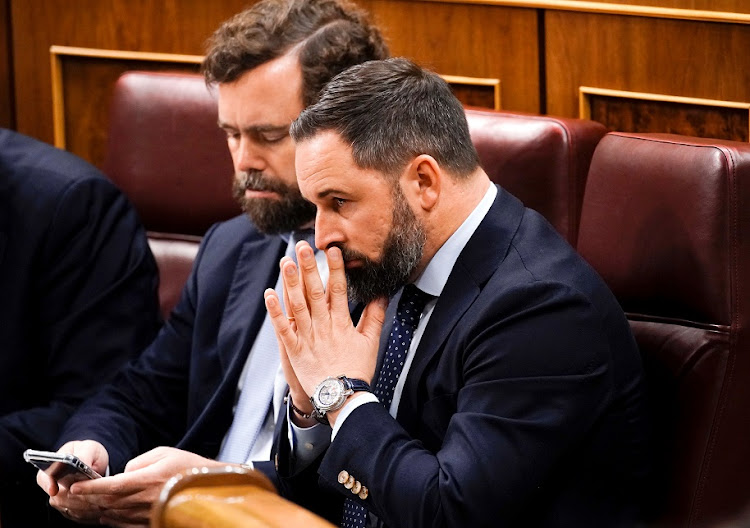 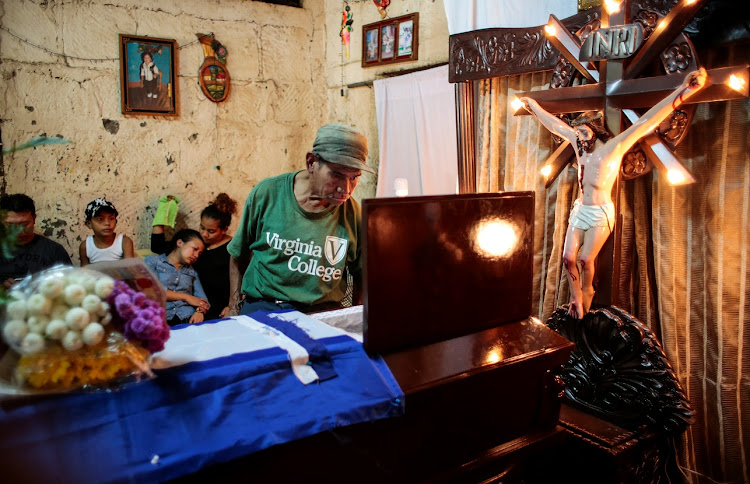 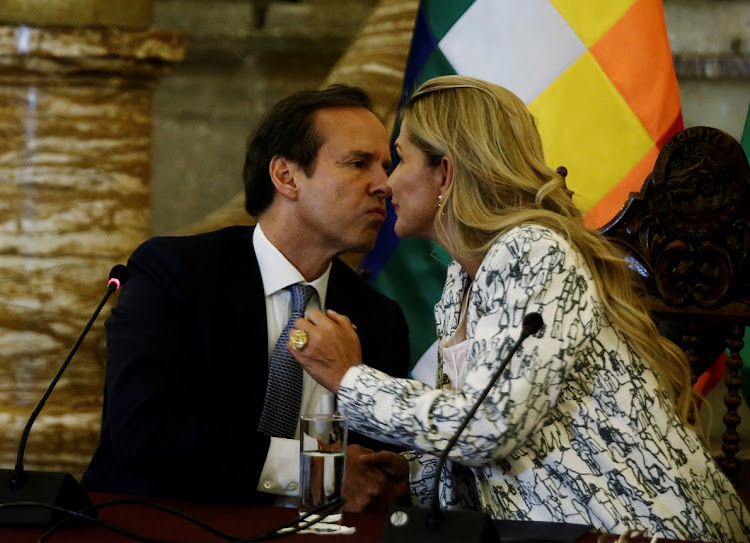 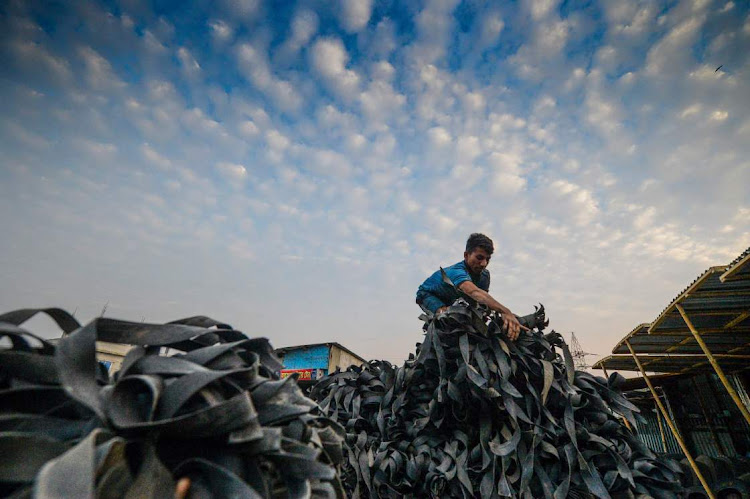 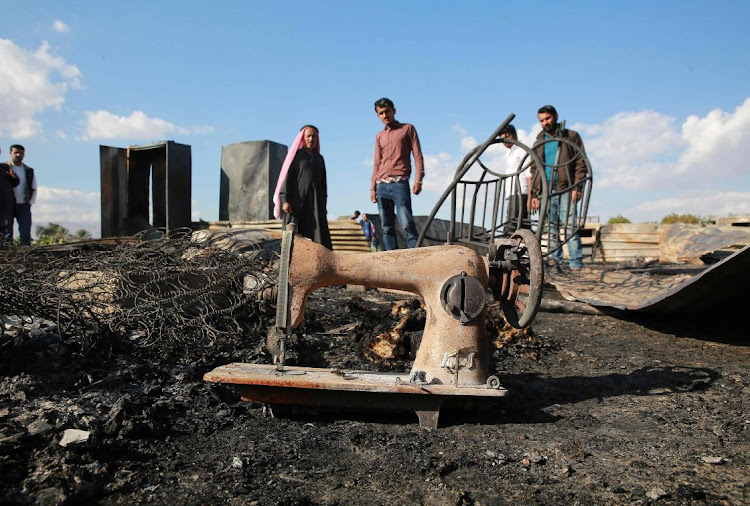 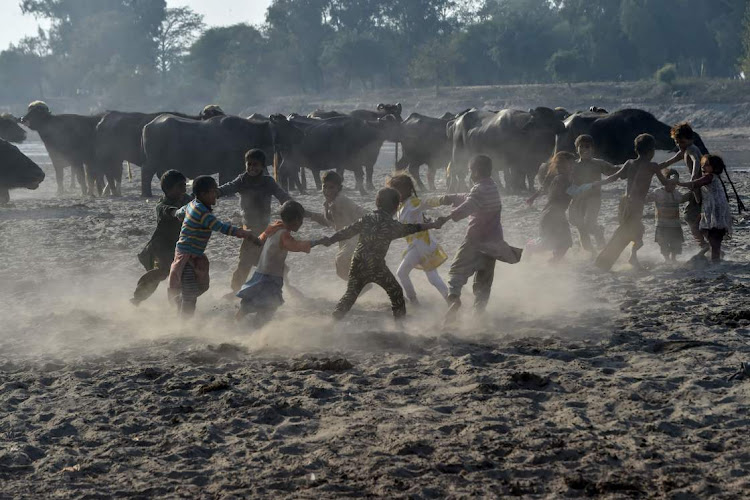 Coal as ice: why Siberia is so reluctant to kick its dirty habit

The state says it’s about combating fraud, but for many it evokes a nightmarish mass surveillance scenario

Novelist Milan Kundera has gained Czech citizenship four decades after communist Czechoslovakia stripped him of citizenship following his emigration to France. Ministry spokesperson Zuzana Stichova said Kundera and his wife Vera had received the documents from the Czech ambassador to Paris on November 28. ‘There was no ceremony, just a personal delivery,’ she said, adding the ministry appreciated Kundera, whose ‘books made the Czech Republic famous worldwide’. – AFP

France gets cheesed off by US threats

France has warned the US of strong EU retaliation if it imposed tariffs on key French products ranging from sparkling wine to cheese to handbags, in an intensifying row over taxing digital giants that risks spiralling into a new trade war. The French parliament earlier infuriated the administration of US President Donald Trump by passing a law taxing Silicon Valley giants for revenues earned inside the cou. Talks to resolve the issue amicably have so far failed. – AFP

The Kremlin says it views suggestions from Western researchers that Russian hackers may have leaked British-US trade documents before Britain’s election with irony, saying such allegations were often a ploy to deflect attention. Experts said the leak and distribution of the classified documents online resembled a disinformation campaign uncovered this year that originated in Russia. – Reuters

Anti-high-heel campaigner has a new vision

A Japanese woman whose campaign against mandatory high heels in the workplace won broad public support has stepped up her fight against strict corporate dress codes – including a de-facto ban on women wearing glasses. Actress and freelance writer Yumi Ishikawa shot to prominence this year with her drive against Japanese office culture, in which high heels are seen as near-obligatory when job-hunting or working in the office. – AFP

Fruits of his leadership: Mugabe left behind $10m

The late Robert Mugabe left behind $10m in the bank and some properties in the capital, but there is no will naming his beneficiaries, a list of his estate published by local media has shown. Mugabe’s daughter Bona Chikowore wrote to the Master of High Court seeking to register her father’s estate, which included $10m held in a local bank, four houses, 10 cars, one farm, his rural home and an orchard. – Reuters

This was the hottest decade in history, UN says

This decade is set to be the hottest in history, the UN said in an annual assessment outlining the ways in which climate change is outpacing humanity’s ability to adapt to it. The World Metereological Organisation said global temperatures so far this year were 1.1 degrees Celsius above the preindustrial average between 1850-1900. That puts 2019 on course to be in the top three warmest years ever recorded, and possibly the hottest non-El Nino year yet. – AFP
A BLAST North Korea released a photo (unverified by an independent source) depicting fireworks during a ceremony celebrating the completion of the township of Samjiyon County.
Image: KCNA/Reuters

Don’t dig the construction sector? Get a load of this one

Analysts cannot see any apparent weaknesses in Afrimat, yet investors haven’t come to the party

PIC should have a pop at Tongaat as a practice round

Unfortunately things do not look as bright for Mettle’s SA businesses, spun out of Christo Wiese’s Tradehold

Local is liquor: Let SA cooking go to your head this season

A guilt-edged invitation to do without the booze

Fashionistas say going alcohol-free means never having to say you’re sorry, or having to deal with a hangover

You say there’s no place like home? Get out of here!

Two sterling safari lodges to put on your wish list, with big five sightings and splendid isolation on the menu

SPORTS DAY: Presidents Cup talk heats up with a week to go

Only 12 of the 46 African voters put Mane first. Messi and Van Dijk both got more first spots on the continent

Blasts from the past: Gaffie’s two tries kill off the Pumas