Instead, they should focus on their maladministration and chronic inability to make critical decisions

That was a laughably weak spin attack by Cricket SA

FREE TO READ | Its hissy fit about journalists’ criticisms may be comical, but it’s also worrying

Hailed as an unprecedented empowerment project, with ecotourism projects thrown in, the deal is in tatters

NGO pulls girls from the grip of poverty in Durban, helping them use surfing to leave life on the street behind

An investigation has determined that a former female teacher “engaged in sexual misconduct” with at least five pupils at Bishops Diocesan College in Cape Town. “The investigators were not able to ascertain with certainty to whom she had sent video or photographic images, as circulating on social media,” Bishops principal Guy Pearson said on Monday. The Sunday Times revealed in October that former Springbok rugby coach Nick Mallett's niece had resigned as a teacher at the leading boys' school amid allegations of a sexual relationship with a pupil. Teacher Fiona Viotti, 30, left the school as an investigation got under way into what the principal described at the time as “serious misconduct”. Pearson said Viotti, through her lawyer, refused an interview over the investigation. The key findings after the probe were that a teacher had engaged in sexual misconduct with at least five pupils between 2013 and 2019.

The Competition Commission has found that data prices in SA are higher than they should be, and are anti-poor. Speaking at the release of the commission’s final report on data prices on Monday, trade and industry minister Ebrahim Patel said it revealed there was a competition problem in the market for data services. “The prices are higher than they should be and higher than any other markets elsewhere in the world. The profitability levels are high, reflecting anti-competitive outcomes. This may be the subject of an excessive-pricing investigation,” he said. Patel said data prices were discriminating against lower-paid consumers. He said data prices mattered and were critical to the economy.

Cape advocate gunned down in hail of bullets

A close friend of an advocate who was gunned down at a petrol station on Sunday says some members of the legal profession have become "soft targets" in Cape Town. Advocate Vernon Jantjies, 54, died in a hail of bullets at Lentegeur in Mitchells Plain as he stepped out of a shop. Police said several shots were fired at the former magistrate, who was practising as an advocate and had represented accused in criminal matters. Jantjies’s friend, advocate Gilbert Jose, said on Monday the legal profession in Cape Town appeared to be under siege. "We live in a lawless culture. It’s totally unthinkable and it makes it very difficult for lawyers to work in the court corridors,” Jose said. He added that Jantjies had not expressed fears about his safety.

The National Prosecuting Authority said on Monday it was vindicated by a decision by AfriForum not to prosecute a grandfather who allegedly raped his granddaughter. AfriForum announced in November 2018 that it would pursue a private prosecution in the matter, registered at the Garsfontein police station. NPA spokesperson Phindi Mjonondwane said: “The silence of AfriForum after abandoning one of their private prosecutions comes as no surprise as they have since realised the decision by the NPA not to institute criminal proceedings in that matter was valid.” She said the suspect appeared in court on March 13 2019, but that AfriForum withdrew the case on September 12 2019, “citing that the mother does not want to continue with the prosecution”. AfriForum head of private prosecutions Gerrie Nel said he couldn’t comment.

The department of health in Limpopo has launched an investigation after a mentally challenged patient was assaulted and killed by another patient on Saturday. Department spokesperson Neil Shikwambana said: “A mental health care user killed a fellow mental health care user in the psychiatric ward of the Mankweng Hospital.” Health MEC Dr Phophi Ramathuba sent condolences to the family of the deceased. Police were not immediately available for comment.

The Black First Land First (BLF) party has opened up membership to all - with strict conditions. This comes after the organisation was banned for saying membership to the party was open only to black people. The party led by Andile Mngxitama convened a special policy congress at the weekend to discuss the ban, where it resolved to open membership "to all", but also to put this in ideological perspective with conditions for those who join. According to the resolution, white people will be allowed to join the BLF as long as they "agree South Africa belongs to black people". Moreover, all who join the party must further acknowledge that "SA was stolen from black people by white people”. Joining also means one agrees that "white people must not only return the stolen land, they must also pay reparations to black people for colonialism and apartheid".

Advocate Vernon Jantjies, 54, died in a hail of bullets at Lentegeur in Mitchells Plain as he stepped out of a shop on Sunday. Jantjies’s friend, advocate Gilbert Jose, said on Monday the legal profession in Cape Town appeared to be under siege, with three other criminal lawyers having been gunned down since 2016. 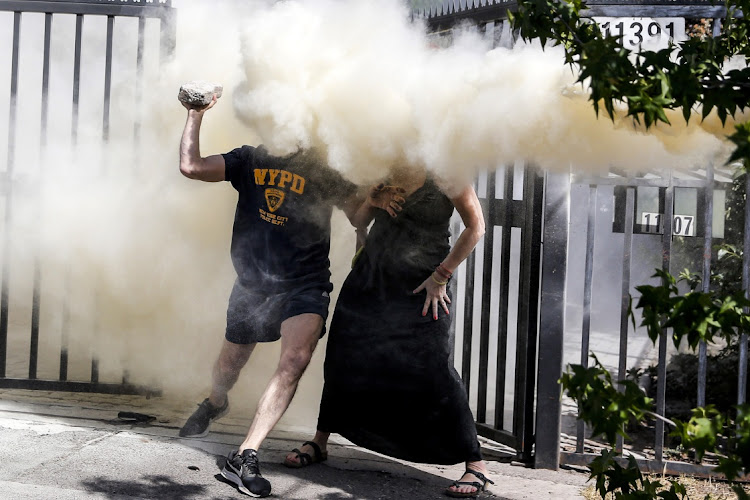 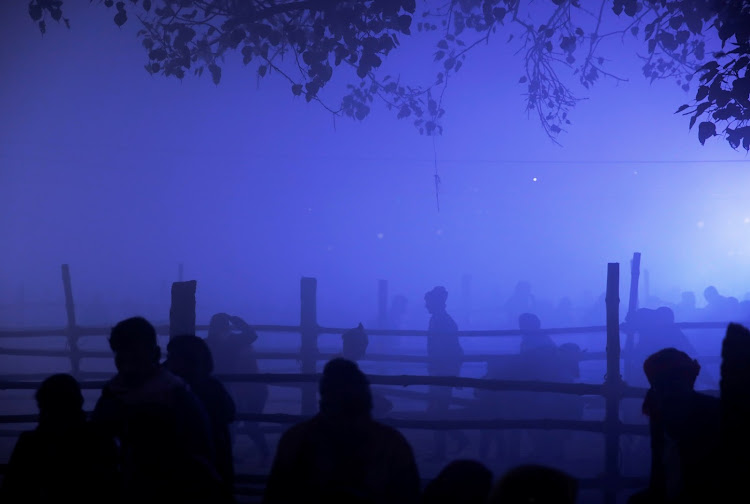 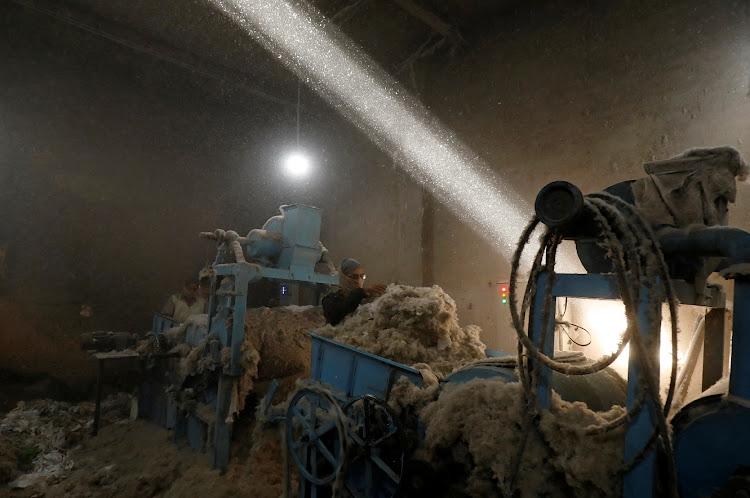 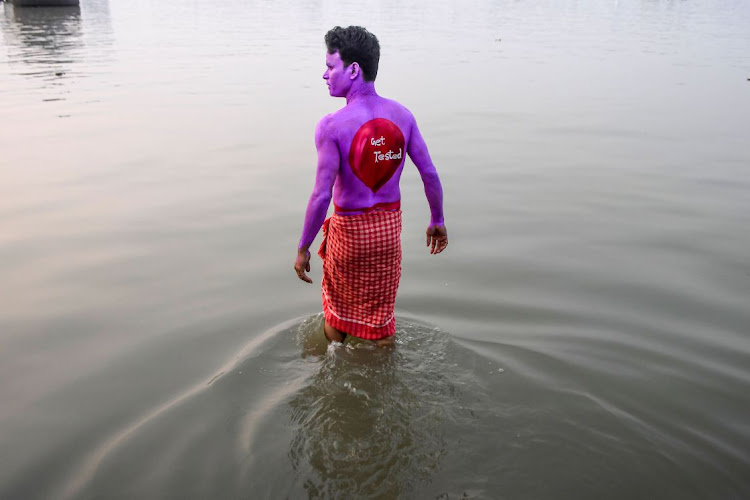 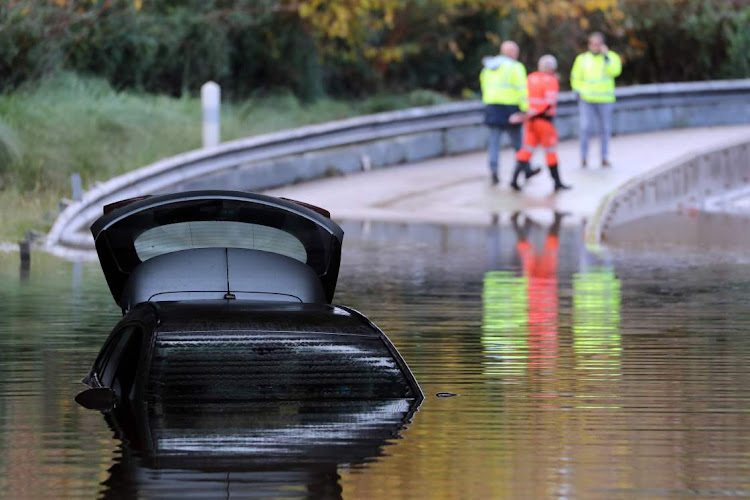 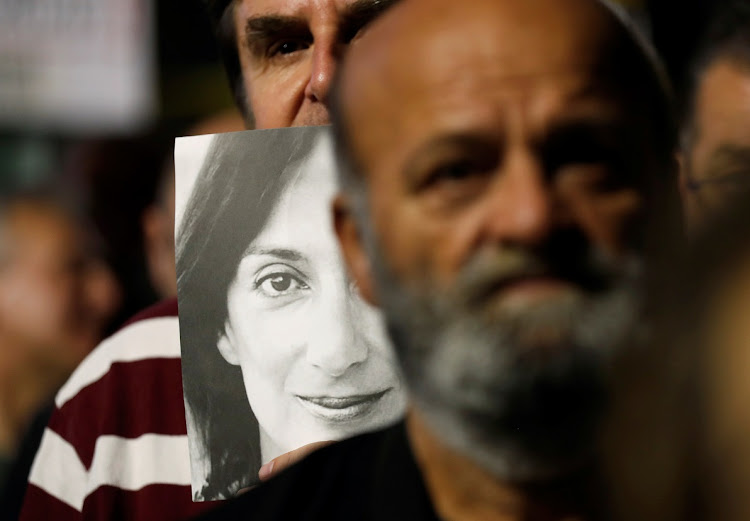 ICY A dog stands among hoar-frost covered vegetation on a bank of Ili River on a foggy day outside Almaty, Kazakhstan.
Image: Reuters/Pavel Mikheyev

Makes you grateful we only have Rica

Chinese phone users will have their faces scanned when they sign up to new contracts, in a major growth of the surveillance state. The rules came into effect on Sunday and require users to submit face scans alongside identity card information, ensuring their devices are linked to their identities. Officials said it would "safeguard the legitimate rights and interest of citizens in cyberspace". However, there are fears it is the next step in the Chinese Communist Party’s construction of the world’s most draconian surveillance regime. – © Telegraph Media Group Limited (2019)

No new park? Over your dead bodies

Chinese police clashed with protesters in a southern province near Hong Kong over the weekend, in a rare case of public dissent that saw hundreds demonstrate against the building of a crematorium. Video footage circulated on Twitter, purportedly of the protests, showed police firing tear gas and chasing people in the town of Wenlou, Guangdong province. Rows of police vehicles had been tipped onto their sides. Some citizens, including one elderly person, were seen lying unconscious on the ground, while others were surrounding police vehicles and shouting: "Protest!" Major protests are rare in China, where the ruling Chinese Communist Party has little tolerance for dissent. Residents had reportedly been told a new park was being built, before they discovered the land was actually earmarked for the crematorium. – © Telegraph Media Group Limited (2019)

A rare southern white rhino was born at a zoo in Belgium, boosting efforts to save the endangered species, the park said on Monday. "An adorable little male was born in the early morning of Monday ... Madiba, the mother, and her baby are doing well," Pairi Daiza zoo said. There are roughly 18,000 southern white rhinos in the wild but the subspecies is being exterminated by poachers at a rate of one every eight hours. Another species of rhino, the world's second-largest land mammal, the northern white, is in even more danger with only two left in existence. The remaining northern white pair are both female, so they will die out unless their genes can be preserved or recovered and an artificial breeding programme begins. – AFP

Japan rugby team's slogan "One Team", the "#KuToo" campaign against a de-facto requirement to wear heels at work, and the new imperial era name "Reiwa" were chosen on Monday as the most memorable 2019 buzzwords. "One Team" was declared the top buzzword of the year after the Brave Blossoms captured Japan's imagination by reaching the Rugby World Cup quarterfinals for the first time. #KuToo is from the Japanese words "kutsu" (shoes) and "kutsuu" (pain). "Reiwa" (beautiful harmony in Japanese) is the name of the era that defines the new emperor's reign. - AFP

The director of Kyrgyzstan's state art museum resigned on Monday after a feminist art exhibition that included female nudity riled conservatives in the majority Muslim country. Mira Djangaracheva said she had tended her resignation following threats to her and other staff after the museum put on an exhibition themed on women's economic freedom that prompted calls for her sacking. On Monday, the impoverished republic's culture ministry criticised the exhibit for using the "language of provocation" and disorienting visitors. – AFP

A Polish museum has slammed US e-commerce giant Amazon for selling Christmas ornaments with images of the Nazi German death camp Auschwitz-Birkenau, calling them inappropriate. The museum at the site of the former camp in southern Poland tweeted screenshots of the items showing train tracks and barracks and requested that Amazon remove them from its site. The museum added later that Amazon appeared to have removed the items, but posted a follow-up saying it had discovered others. Those include a "disturbing" mouse pad and a ceramic Christmas ornament with a freight car used for deporting Jews for extermination. – AFP

It may not feel like it, but now is the right time to be building

Easy for boards to fob off environmentalists, but tone changes when large shareholders start making a noise

Four good reasons to book yourself off for the holidays

Good ideas for your downtime reading this season

Choose your point of view or just go with the flower