Complaints about difficult matric exam papers are not adding up

In his long fight with liquidators Gary van der Merwe has been rebuffed by the high, supreme and constitutional courts

The stores are all set to be shopped out. This is how they’re preparing for the annual sales jamboree

No bargain is worth the queues and criminals, say shoppers

Bring in the army to deal with gangs, drugs in KZN: activist

EFF leader Julius Malema and security official Adriaan Snyman have been charged with discharging a firearm in public during the party's fifth anniversary celebrations at Mdantsane in the Eastern Cape in 2018. Malema appeared in court in East London on Wednesday. The NPA said he faced five counts, including unlawful possession of a firearm, unlawful possession of ammunition, discharging a firearm in a built-up area or public place, and reckless endangerment to people or property. The incident occurred during a rally at Sisa Dukashe Stadium on July 28 2018. Snyman faced charges including failing to take reasonable precautions to avoid danger to person or property, and providing a firearm or ammunition to any person not allowed to possess it. The matter was postponed to February 24 2020.

SAA to pay half salaries, bonuses

Employees at troubled state airline SAA will be paid 50% of their November salary and 13th cheque on Wednesday, the company said in a notice. The company intends to pay the balance of the salaries on Monday. “As at the issuing of this communication, the necessary funding to enable SAA to pay salaries has not been finalised. However, SAA understands that employees have to fulfil their financial commitments. In the interim, our cash position has improved so we can pay the salaries as indicated,” said the notice. SAA, which last week suffered the effect of a strike that grounded operations and reduced revenue, has also been unable to raise working capital to fund operations.

The Financial Mail and the amaBhungane Centre for Investigative Journalism filed papers in the North Gauteng High Court on Tuesday seeking access to the tax returns of former president Jacob Zuma and challenging the constitutionality of tax secrecy provisions. “We believe the existing legislation to be unconstitutional, as it prevents us from obtaining information on the tax status of senior members of the executive - like former president Jacob Zuma - accused of serious crimes, including being tax delinquent. It restricts our ability to disseminate this vital information to the public,” says Financial Mail editor Rob Rose. The application is not for blanket access to tax records of the general public. Financial Mail is part of the Arena Holdings group, which owns Times Select.

The first death of the 2019 summer initiation season, which started about two weeks ago, has been recorded in the Eastern Cape. Provincial cooperative governance and traditional affairs spokesperson Mamnkeli Ngam said the death was reported at Cookhouse and that an inquest had been opened. Ngam said 21 cases had been opened in various parts of the province, mainly for the unlawful circumcision of underage boys. Five arrests have been made. According to provincial health department statistics, during the 2018 winter circumcision season 21 boys died, 16 of whom came from the Mpondoland area. During the 2018 summer circumcision season 23 boys died due to botched circumcisions in the province. In the June 2019 winter circumcision season, 17 boys died, with 14 coming from Mpondoland.

A 39-year-old security guard, who had just recovered from a shooting two months ago, was murdered execution-style in his Zwide, Port Elizabeth, home on Tuesday morning. Police spokesperson Capt Andre Beetge said the man, who has not yet been identified, was shot at about 8.30am while his wife was bathing him. Beetge said the unidentified attacker entered the home, forced the security guard to kneel, and shot him once in the back of the head. Two months ago the man had been shot in the chest when he and his colleague were attacked by unknown suspects while picking up a fellow colleague to travel to work. “He ... only returned from hospital about a week ago,” Beetge said. No arrests have been made.

Human foot in sneaker washes up on beach

A Nike-clad human foot has washed up on an Eastern Cape beach, and police have no idea who it belongs to. Police in Port Alfred have opened an inquest docket after the left foot was discovered by a resident on Tuesday. “Currently there are no outstanding missing persons reported in the area and neighbouring stations,” police spokesperson Capt Mali Govender said. However, Govender said that earlier this month a man who attacked a police dog named Ounooi fled towards the ocean. A search was launched but he was never found. The six-year-old German shepherd, attached to the Port Alfred K9 Unit, was stabbed after she and police officers responded to a housebreaking complaint. Ounooi had since recovered, Govender said.

A video of a man nearly flying off the back of a truck has gone viral. Durban metro police issued a stern warning to motorists on Wednesday that they could face the full might of the law for illegally transporting goods and people on the back of open vehicles. 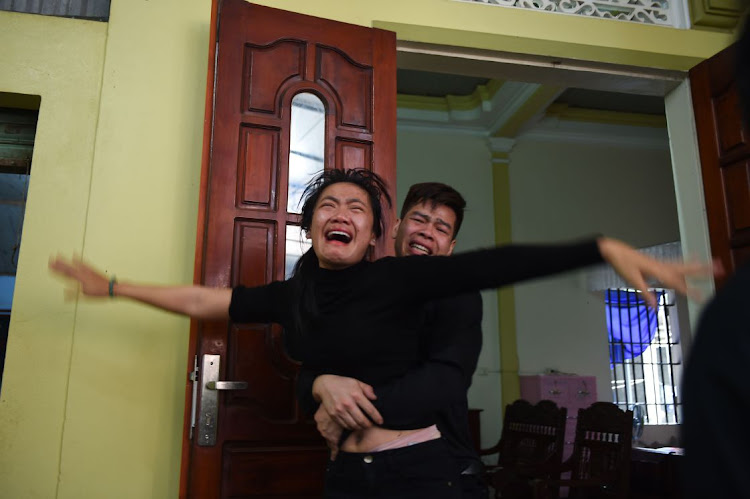 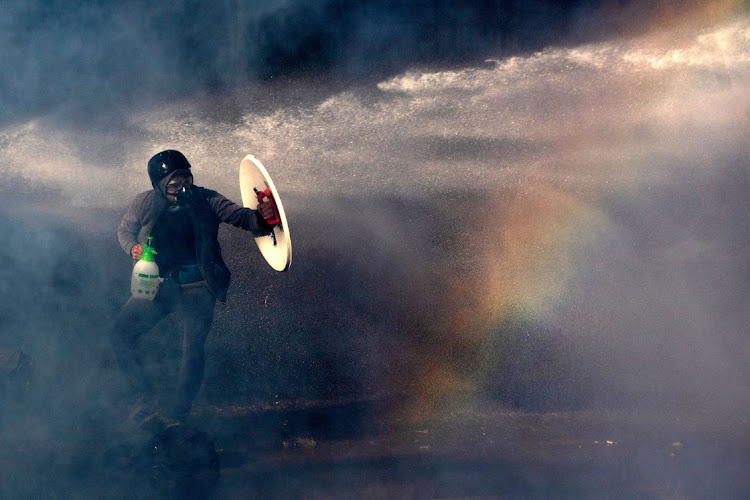 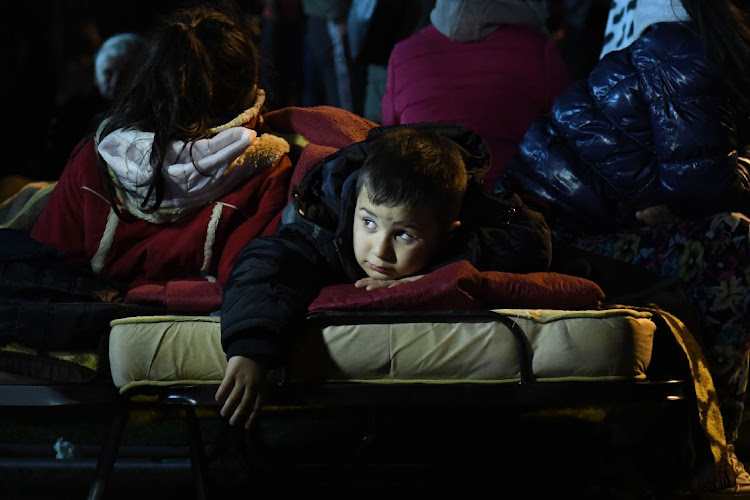 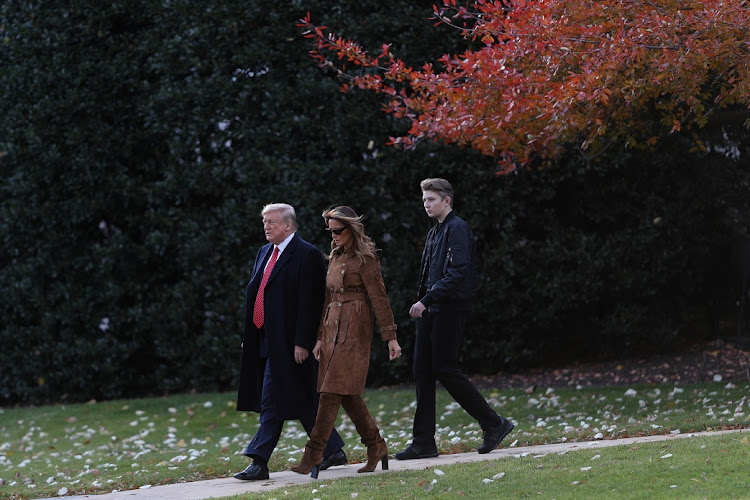 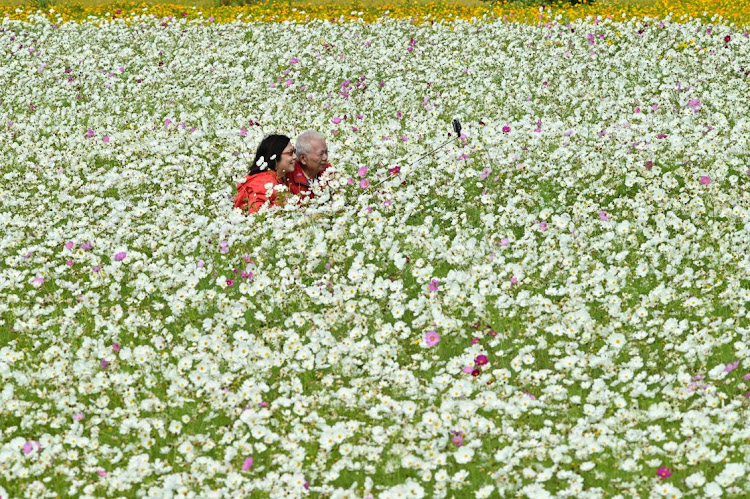 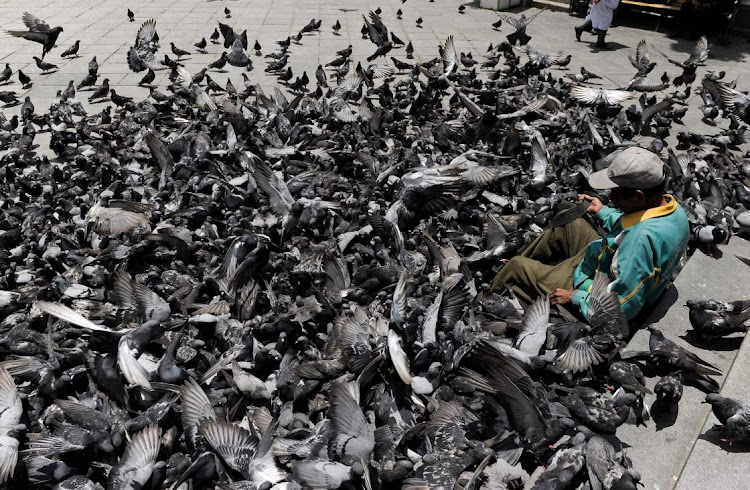 Duke scandal: Charles back in the UK … and heads straight to Sandringham

Keeping Corbyn out of No 10 trumps everything, including Brexit

Dogged as he is by racism allegations, Labour needs to be able to boot its leader, or it will be 1983 all over again

Do you have FOBO? Here are the signs your life has fallen apart

Paralysed by indecision, confused by choice – welcome to the new anxiety that kills dinner plans and relationships

‘MasterChef’ and ‘Hell’s Kitchen’ host, who has died at 59, hailed for putting British cuisine on the map

BY THE THROAT A demonstrator is detained during a protest against Chile’s government in Concepcion.
Image: Reuters/Jose Luis Saavedra

Hundreds of French farmers descended on Paris by tractor on Wednesday to protest the struggles of the farming community and put pressure on supermarket chains to pay them more for their produce. Some 340km of tailbacks were reported during rush hour in Paris as convoys of tractors snarled traffic along the main roads into the capital. About 200 farmers blocked the Champs-Elysees avenue and dumped hay outside Fouquet’s restaurant, a hangout of the rich and famous, which was sacked earlier in the year by ‘yellow vest’ protesters. Farmers also complain of ‘agri-bashing’ by animal rights activists and environmentalists, including the bans on synthetic pesticides implemented by dozens of small towns and villages. — AFP

Drinking dishwater may have a certain appeal

The next time you wash your dishes, you could find yourself up to your elbows in soap suds spiked with leftover alcohol, if the world’s largest brewer and a environmentally friendly detergent firm have their way. Growing interest in alcohol-free lager, driven by demand for healthier drinks, had left Anheuser-Busch InBev with a problem — what to do with all the alcohol sucked out of its beer. So it sealed a deal with Belgium-based Ecover to create a dishwashing liquid with a quarter of its content derived from the zero-alcohol versions of the Leffe and Jupiler beer brands. — Reuters

This guy has Gouda be kidding, right?

A French celebrity chef has been branded a ‘diva’ for taking the Michelin guide to court on Wednesday for suggesting he used cheddar cheese in a souffle. Chef Marc Veyrat is claiming he was ‘dishonoured’ by the red guide when it stripped his flagship restaurant in the French Alps of its coveted third star in January. He claimed that an ‘incompetent’ Michelin inspector mistakenly thought he had adulterated a souffle with the much-maligned English cheese instead of using France’s Reblochon, Beaufort and Tomme varieties. It is the first time that a chef has sued the guide, the most prestigious in the world. But Michelin hit back on the eve of the court battle, branding Veyrat a ‘narcissistic diva’ suffering from ‘pathological egotism’. — AFP

Bugs in the system work perfectly in this case

A British biotech startup is developing a method of textile dyeing that taps into the bright colours of birds and butterflies and has micro-organisms recreate them on fabric. ‘We’re harnessing the ability of microbes to be able to deposit and fix a pigment on to fabric,’ said Colorifix chief scientific officer Jim Ajioka. Common dyeing, with synthetic pigments, involves large concentrations of hazardous chemicals such as chromium and other heavy metal salts and consumes vast amounts of energy and water, with contaminated wastewater a big source of pollution. In Colorifix’s dyeing process, cells jump onto the fabric and release the dye on it, after which the solution is briefly heated up to kill them. — Reuters

India’s state-run airline will have to cease operations if it is not privatised, its parliament heard on Wednesday. Officials, including India’s home and finance ministers, are finalising the process of inviting bids from the private sector for the loss-making national carrier. The company has lucrative landing slots in India and across the world, but has been a burden on the exchequer for years. Once the details are finalised, the government will invite bids. Last year it failed to attract any bidders when it tried to sell a 76% stake in the airline and offload about $5.1bn of Air India’s debt. One of the biggest hurdles is its large number of employees — Air India has about 9,400 permanent staff and 4,200 contract workers. — Reuters

How about curing the common cold, you guys?

Eleven drugmakers led by Pfizer and Novartis have set aside a combined $2bn to invest in gene therapy manufacturing since 2018 in a drive to better control production of the world’s priciest medicines. Gene therapies aim to correct certain diseases by replacing the missing or mutated version of a gene found in a patient’s cells with healthy copies. With the potential to cure devastating illnesses in a single dose, drugmakers say they justify prices well above $1m per patient. But the treatments are also extremely complex to make, involving the cultivation of living material, and still pose a risk of serious side effects. — Reuters

BULL’S EYE: Seriously now, who would love a banker?

Never shy to flash their (our?) money, those years of flagrant excess by bankers now seem like a crazy dream

Rewards flow for those that target low-income earners

Romantic flowers, ready to bloom on a wall near you

Vintage-inspired florals in the Aquafleur collection

The second event of its kind, the film festival is running until November 30

I always find it a bit gauche when heels are politicised, says the designer of his iconic red-soled stilettos

SPORTS DAY: Would you rate Lorch as SA’s best player?

Blasts from the past: Bobby crushes it in steamroller Boks