Top principal suspended after pupils say he is ‘racist’

This is how the Guptas captured Zuma, according to Mo Shaik

Welcome to the Republic of Sexual Abuse, a hellhole for women

‘Fraudster’ couple stuck in jail as relatives abandon them

Life reaches its limits in the dead pools of Ethiopia

Corruption and conspiracies: the lies that bind our Zuma and Israel’s Bibi

In addition to facing graft trials, both are fond of trotting out the old ‘victim of conspiracy’ chestnut

Clueless at the crease: SA cricket is its own worst opponent

SA cricket has no director, no permanent coach, and, apparently, no idea – and England are coming

In the hear and now: there is life after tinnitus in your 30s

Finance minister Tito Mboweni has come out in support of the SA Revenue Service (Sars) having an “intrusive” investigating unit. This is in line with the finding of the Nugent commission of inquiry into tax administration governance at Sars, which found that such a unit was necessary and lawful. The issue of a Sars investigating unit has been in the spotlight following the controversy over the "rogue unit", which has had far-reaching ramifications for former Sars commissioner and current public enterprises minister Pravin Gordhan. In a written reply to a parliamentary question, Mboweni said he endorsed the submission by the National Treasury to the Nugent commission in 2018, which stated that “enforcement powers that are also intrusive are necessary for any tax-collection agency”. Mboweni said he agreed there was a general requirement for Sars to have an intrusive capacity for a well-functioning revenue-collection authority.

Controversial ANC MP Bongani Bongo was back in parliament on Tuesday, days after being arrested by the Hawks and charged with corruption. Bongo, who chairs the National Assembly’s portfolio committee on home affairs, did not shy away from the controversy in his opening remarks to a committee meeting to discuss strategies to resolve long queues at home affairs offices. He said that he had “submitted to the process that I was subjected to”, which included appearing in court. “I am looking forward to and assure the nation that I will go to court and prove my innocence,” he said. Bongo was arrested last week. He was released on R5,000 bail.

Municipal officials have embarked on a “fact-finding” mission to establish whether former president Jacob Zuma’s controversial R246m homestead is in disrepair. This comes after pictures started circulating on social media on Tuesday of the security fence surrounding the homestead broken in places. Municipal manager Langelihle Jili said a team was on a “fact-finding mission regarding the matter” on Tuesday. The homestead became a source of national controversy after it emerged that public funds were used to upgrade the compound. These included a “fire pool”, the fence and a helipad. Jili said the municipality would comment on the matter after the inspection.

The ANC in the Amathole district has called on President Cyril Ramaphosa and justice and correctional services minister Ronald Lamola to allow jailed AbaThembu king Buyelekhaya Dalindyebo to attend the funeral of AmaXhosa king Mpendulo Zwelonke Sigcawu. It takes place on Friday. Dalindyebo is serving an effective 12 years in prison on three counts of arson, three counts of assault with intent to do grievous bodily harm, one count of defeating the ends of justice and one count of kidnapping. ANC regional secretary Thembalethu Ntuthu said prisoners were allowed to apply for compassionate leave to attend funerals of direct relatives. Ramaphosa is to deliver a eulogy at the funeral. Ntuthu said this was not tantamount to “a call for his unconditional release from prison”.

Police sent a stern warning on Tuesday to youngsters planning end-of-year parties, as well as their parents: there will be zero tolerance for any under-18s who consume alcohol. “Every year, after-parties take place where large numbers of youths get together in streets close to taverns and entertainment areas where alcohol is consumed,” said Eastern Cape police spokesperson Capt Andre Beetge. “Many of the youth attending these parties are under age and become unable to control their actions, maintain an alert mental capacity, and are easily influenced. In previous years the SAPS have noted that after such parties, rape and assault cases are opened.” The warning is part of a social protection drive during the 16 Days of Activism of No Violence against Women and Children, which ends on December 10.

Politically connected businessman Peter-Paul Ngwenya's crimen injuria case has been postponed to 2020. Ngwenya was convicted of crimen injuria by the Randburg Magistrate's Court in August. The court acquitted him on two counts of contravening court orders. He made a brief appearance again on Tuesday, and his case was postponed to February 4 for arguments on sentencing. He was convicted for referring to Titi in a text message as a "Qwaqwa k****r" and a "Bantustan boss". The conflict between Ngwenya and Titi stemmed from a business deal that turned sour.
SKATING ON THIN ICE A demonstrator uses a skateboard as a shield during a protest against Chile's government in Santiago.
Image: Reuters/Ivan Alvarado

Black Friday on November 29 is a huge discount-driven shopping day, held annually the day after the US Thanksgiving holiday. It has slowly become one of SA’s biggest shopping days. Here are some of the dos, don'ts and definitely don’ts to make your shopping experience enjoyable. 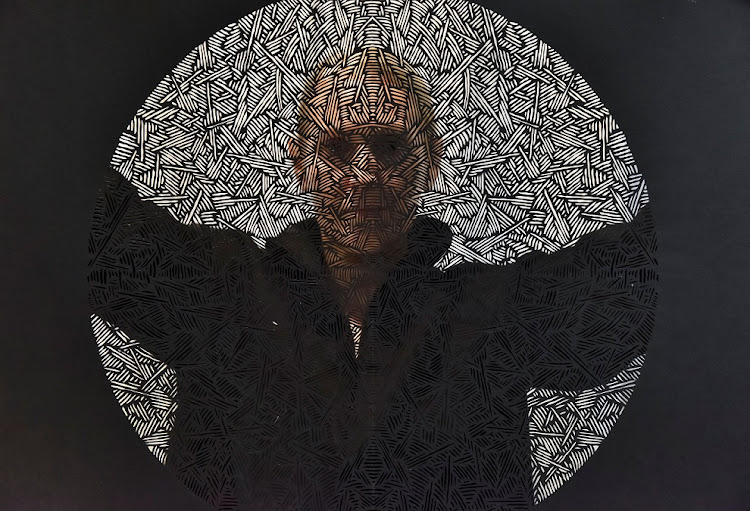 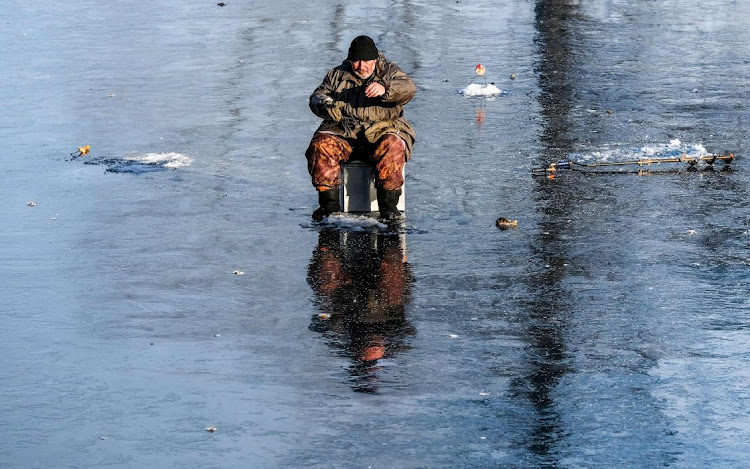 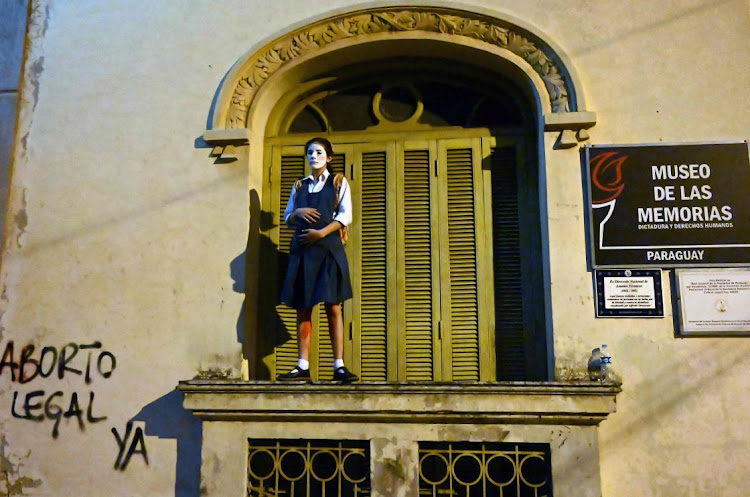 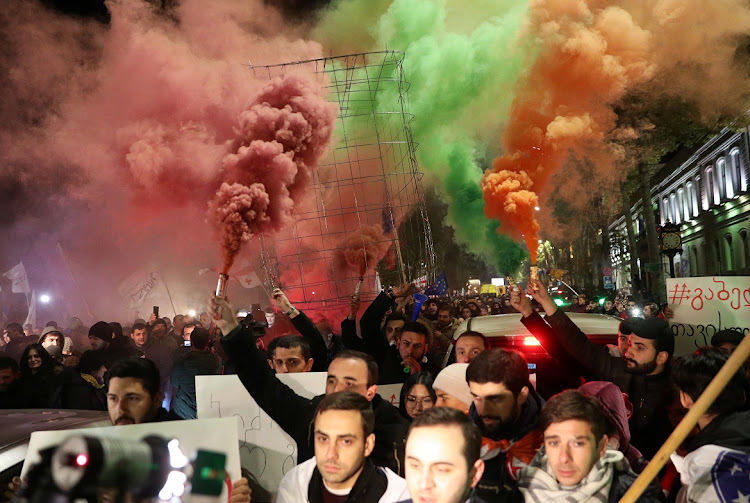 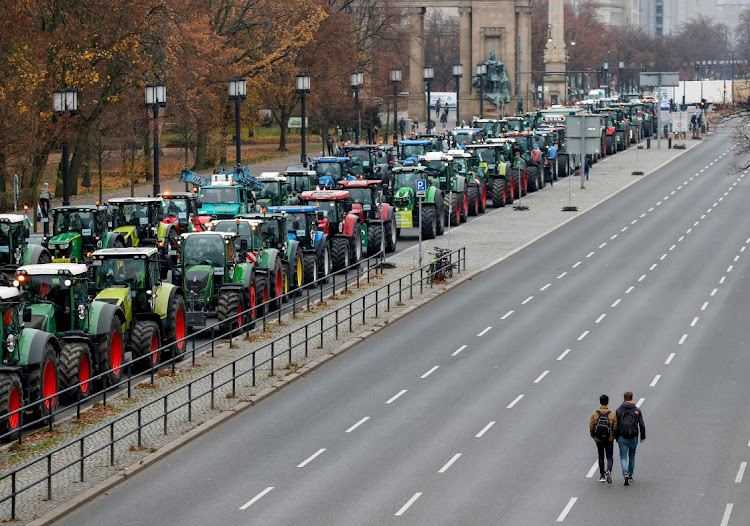 As scientists try to work out why attacks are soaring in East Timor, the islanders continue to worship the reptiles

Big oil is fouling up the arts, but they’ll die without the likes of BP

Those targeting museums and galleries for their links with the company should picket fuel stations instead, some say

Re-imagine that: the consultancy firm racket is done for

The industry’s conflicts of interest, overblown theories and half-baked waffle have been rumbled

We all know ‘festive’ means getting drunk. But say you don’t want to?

For most of the year, my sobriety is manageable. In booze-obsessed December, it’s a different story

POLITICAL ANIMAL CRUELTY Donald Trump attends a bill-signing ceremony in which he signed the Preventing Animal Cruelty and Torture Act in the Oval Office at the White House.
Image: Reuters/Loren Elliott

Hunt for suspects in ‘biggest art heist of all time’

Police in Germany were hunting robbers who snatched priceless 18th-century jewellery from a state museum in Dresden in what local media have called the biggest art heist of all time. Authorities have been put on alert after thieves made off with treasures from the Green Vault at Dresden's Royal Palace early Monday morning. – AFP

Skyscraper set to be Korea’s tallest gets off ground

The Seoul city government says it has approved the construction of Hyundai Motor Group’s new headquarters in Gangnam distict, set to be South Korea’s tallest skyscraper when it’s completed in 2026. The 569m building will break ground in the first half of 2020, Seoul city said. The approval came more than four years after Hyundai purchased the site for $10bn in 2014, more than triple its market price. – Reuters

A Polish healthcare assistant accused of killing six people under his care with insulin overdoses went on trial in Germany. The defendant on trial in Munich, who has been named by prosecutors only as Grzegorz Stanislaw W, 38, is also accused of three attempted murders. He has also been charged on multiple counts of stealing from his victims. – AFP

Maltese PM Joseph Muscat said his chief of staff had resigned amid an ongoing probe into the murder of investigative reporter Daphne Caruana Galizia. Sources said chief of staff Keith Schembri ‘was called in for questioning by police’ on Tuesday after his name was mentioned by the main suspect in the case, Yorgen Fenech, who was arrested last week. – AFP

Officials at Hong Kong Polytechnic University, where police and protesters clashed violently last week, said they had searched the entire campus and found just one remaining holdout in a sign the campus siege may be near an end. Only one protester, a woman who is not a student, was left standing after the others found a way to sneak out. The university said it was trying to convince her to leave. – AFP

Thousands of farmers drove their tractors to Berlin’s Brandenburg Gate in a mass protest against new environmental regulations they say threaten their livelihoods. Long convoys brought traffic to a standstill in the heart of the city’s government district, in the biggest display yet of farmers’ anger over agricultural policy changes agreed to by Chancellor Angela Merkel’s cabinet in September. – AFP

Something about the SA bond market makes no sense at all

Why are investors shying away from the juicy yields offered on SA government bonds?

Industry is right to be pleased with the 45% reduction in deaths so far in 2019, but employment has dwindled

Deals within wheels as ELB, Torre and Apex circle closer

Why it’s no longer a simple matter of seafood, eat food

Bombshelter Beast: so cool they named a beer after them

Love on the rocks: A hotel you’ll fall for more than once

Blasts from the past: Malinga is world champ