Small court that leads the fight against poaching faces closure

FREE TO READ | Skukuza court has a 100% conviction, and plans to shut it down have been met with outrage

‘Get your shop in order’: probe slams grocery retail giants

A forensic clinical manager in Welkom is suing the department, though he’s lost part of his battle in court

Even professionals aren’t safe from scourge of sexual abuse

Durban dentist Rohini Bisaal thought she would be immune in her working realm, until she was attacked

Losing our way: violence against women is a problem of men

President Cyril Ramaphosa launched the 16 Days of Activism in Limpopo on Monday. Below is his keynote address

Given that the loss-making entities are in crisis, here is what’s needed to avoid an IMF bailout and a huge staff cull

FREE TO READ | My very first, entirely unconscious, reaction to the R4m allegation was to ask: Is that really so bad?

But some saying if you can’t afford to get married, don’t get married

A man has been sentenced to six life terms behind bars after being convicted of raping boys and girls at his home near Durban - while out on parole for a previous rape case. Sipho Mfene, 64, was sentenced in the Pinetown Regional Court for the rape of an eight-year-old girl and eight other children. He was sentenced to “six terms of life imprisonment for rape and a further 80 years for compelled rape and sexual assault”, said police spokesperson Col Thembeka Mbhele. The crime that sealed his fate occurred in 2017. “Mfene raped an eight-year-old girl. Community leaders were made aware of the incident and they handed him over to Mariannhill police, where he was detained,” said Mbhele. “Eight other victims came forward to report that Mfene also abused them.

The SABC has conceded that it engages with the State Security Agency (SSA) to deal with the disclosure of confidential company information to third parties, but has denied “spying” on staff. The board of the national broadcaster resolved at a special meeting on October 9 that the services of the SSA should be called on to “manage leaks”, the Sunday Times. It also wanted the agency to help expose those responsible for leaking sensitive information to the public and media, according to the report. It went on to say the plan had been widely condemned by labour and freedom-of-expression groups, which said it was “dangerous and illegal”, and would erode trust in the SABC. The broadcaster said on Sunday it had not taken a decision to “spy on its staff members”, but said it was concerned that confidential board minutes had been used to “distort information”.

Livestock is a much sought-after commodity among criminals at this time of year, Mpumalanga police warned on Monday. “This is a time when perpetrators target, among others, owners of livestock. These kinds of suspects usually sell their stolen stock to people who are desperately in need of meat for festivities. Any crime committed, including stock theft, will be dealt with thoroughly, without fear or favour, even if it means arresting some of our own” said Lt-Gen Mondli Zuma. Police in the province arrested five people for alleged livestock theft this month, including a police officer and a teacher.

A family’s good intentions of helping a homeless 73-year-old pensioner turned into a nightmare when he started raping their daughter. The man was jailed four days before the launch of 16 Days of Activism for No Violence Against Women and Children in SA. Police spokesperson Brig Mohale Ramatseba said the family had taken him in after discovering he had nowhere to stay. “During the proceedings in the Kuruman Regional Court it came to light that the old man had attempted to rape the 11-year-old victim once and raped her twice between November and December 2014,” said Ramatseba. On the two counts of rape he was sentenced to 20 years in jail. For the attempted rape he was handed an eight-year sentence.

Evidence from a crash in which three UK charity workers died when their bakkie and trailer plunged into the Swartkops River has been sent to a specialist team of accident investigators in Pretoria. Britons Susanna Naylor, 54, her husband, Christopher, 58, and A Rocha International charity co-founder Miranda Harris, 66, died from blunt-force trauma - caused when the bakkie hit the bridge barrier or when it plunged into the water - on October 28. Harris’s husband, Peter, survived and was discharged from hospital last week, reports HeraldLIVE. The evidence was gathered over the past three weeks as detectives took paint and other samples from the vehicles.

Some refugees on the move from Cape church

Some of the foreigners who have been taking refuge in Cape Town’s Central United Methodist Church have started to accept relocation to other areas within SA under a scheme offered by the UN High Commissioner for Refugees (UNHCR). Chris Nissen, commissioner at the South African Human Rights Commission (SAHRC), said about 50 people had taken up an offer to relocate and were being helped by an NGO in the city. Some had approached the UNHCR for assistance individually. The group's leadership had previously rejected offers from the SAHRC and UNHCR. Nissen‚ who was also part of a delegation "attacked" at the church‚ said most of the group remained at the church.

A dog in Port St. Lucie, Florida, hopped into its owner's car and reversed it on Friday. The car drove in circles for an hour with the dog behind the wheel. The owner did not notice the animal when she first spotted her car whirling around the block. 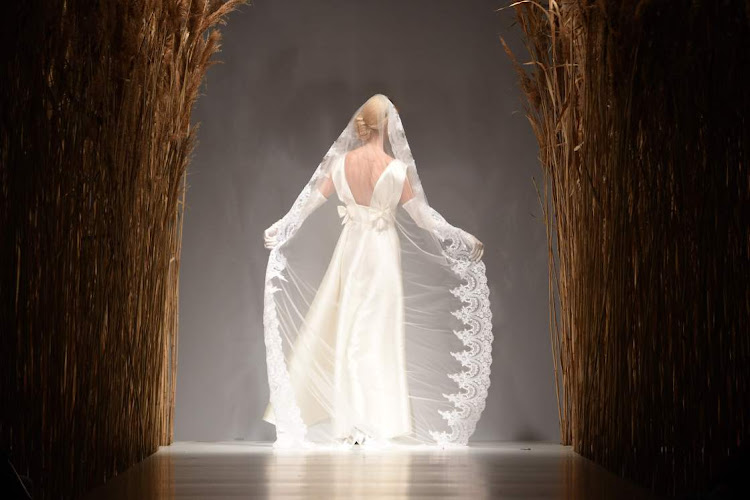 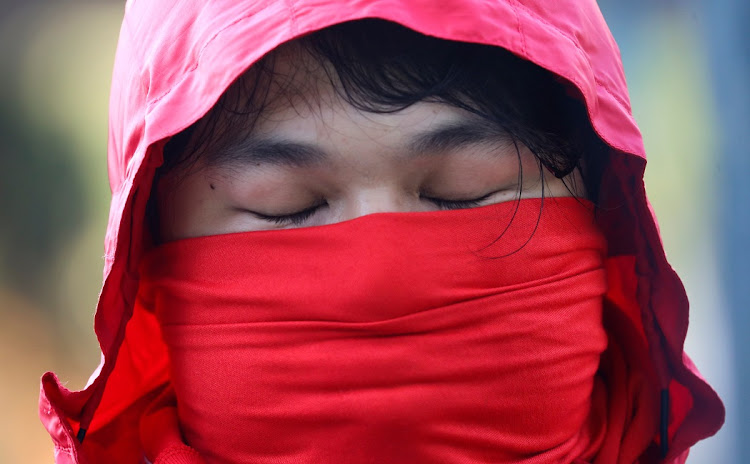 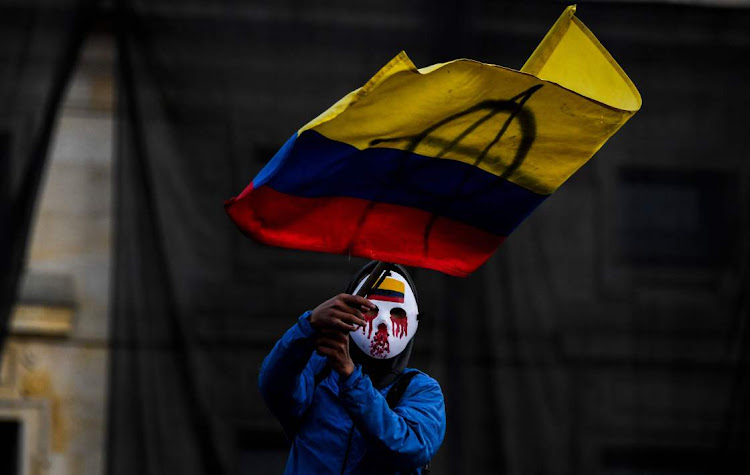 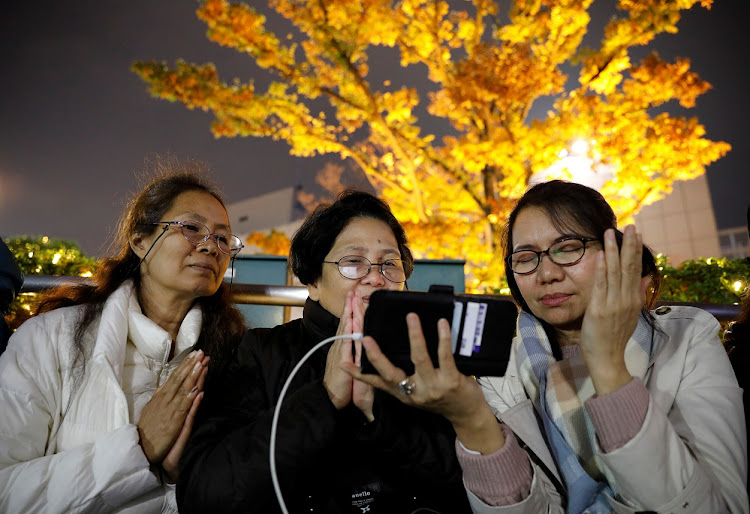 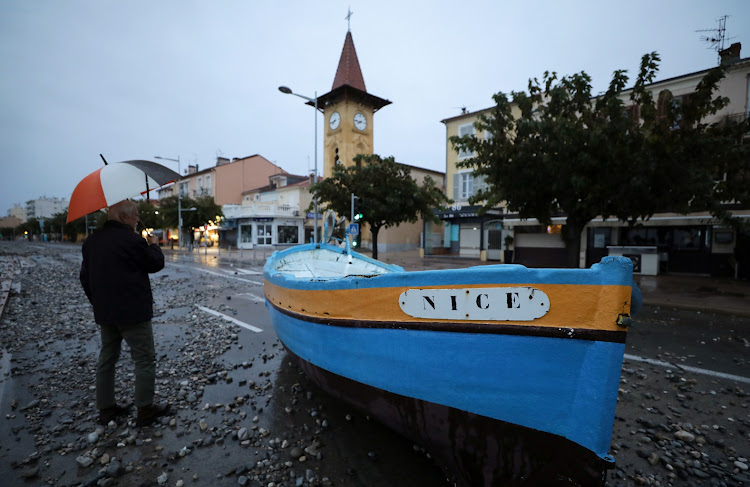 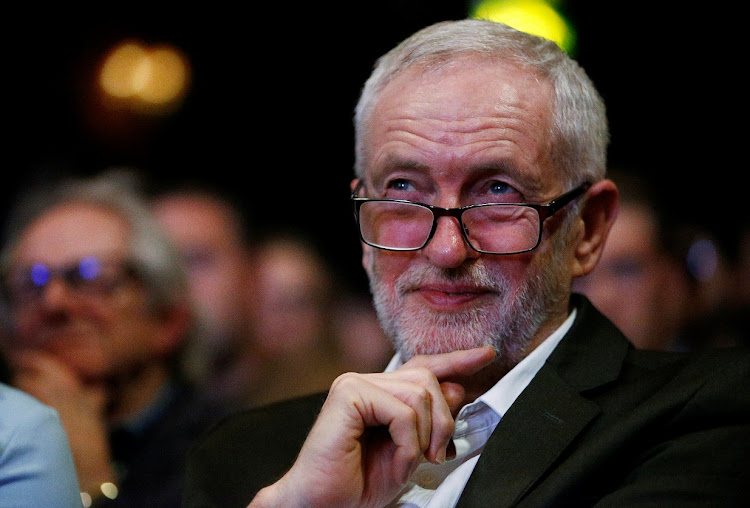 The prince is said to be fuming over his younger brother and the Epstein scandal, and may boot him from the inner circle

Death by Coke or a crushed skull: moms driven by poverty to kill babies

Would it really be a good idea to break up big tech?

Slain sheep in a forest, magic symbols … is this the devil’s work?

Ancient place in England, where witches are steeped in its boggy lore, is being terrorised by knife-wielding ‘Satanists’

A picturesque 17th-century convent in the Tuscan hills has had to shut its doors only four years after reopening as the price for an illicit love affair. The Convent of the Cappuccini Fathers in Sansepolcro, which has been run by Benedictine nuns since 2015, has been closed "definitively", its website says, despite ongoing work recently unveiled by Sister Maria Teresa, the dynamic mother superior. The reason for the sudden closure is reported to be because the 40-year-old nun fell in love with a local man and was obliged to leave the convent. This left only three other nuns there - an 80-year-old and two novices - who would not be able to keep up with the projects started by Sister Maria, La Repubblica reported. – © Telegraph Media Group Limited (2019)

A young child was killed by a falling ice sculpture at Luxembourg city's Christmas market, police said. "According to initial evidence, an ice sculpture collapsed and a block of ice unfortunately hit a young child" at about 8pm on Sunday, police said. "The child was severely injured and died in the ambulance," they added. Witnesses told local media that ambulance staff had attempted to revive the child at the scene. An investigation has been opened. The accident happened just metres from the ice rink at the capital city's annual Christmas fair, which opened on Thursday. – AFP

A female superhero will use her powers to fight sex crimes in India and the stigma that trafficking survivors face, in the third instalment of a comic series due to be released this week. Priya, a rape survivor-turned superhero who flies around on a tiger, fought her abusers and helped acid attack victims in the last two editions of the "Priya's Shakti" comic. "Comics are hugely popular with teenagers and young adults ... we wanted to reach teenagers because they are learning about sexuality, gender-roles and sexual violence," said series creator and filmmaker Ram Devineni. Thousands of people across India – largely poor, rural women and children – are lured to cities each year by traffickers who promise good jobs, but sell them into modern day slavery. – Reuters

Two cinema chains have pulled a hard-hitting drama about gangland rivalry from its screens after youths, some armed with machetes, fought at a screening in central England. Gangs of youngsters clashed at the Star City cinema complex in Birmingham on Saturday night. Six teenagers were arrested and seven police officers were injured trying to stop the violence. Vue, which runs Star City, responded by pulling the film from its 91 venues. Showcase Cinemas followed suit on Monday, withdrawing the film from 21 outlets across Britain. “Due to the recent incidents tied to screenings of the film Blue Story', after careful consideration with the film's distributor, Showcase Cinemas has immediately removed the film from our all of our participating cinemas,” it added. – AFP

One of the world’s best-selling detective novelists, Jack Reacher creator Lee Child, has said he is becoming Irish so he can continue to travel within the European Union after Brexit. The British author, whose real name is James Grant, said he was in the process of applying for a passport as his father was born in Belfast, Northern Ireland. “I haven’t got the passport yet but I will do very soon, it feels like I’m cheating to be honest as I will get in the back door,” he was quoted as saying in the Irish Times on Monday. “I am not a huge fan of Britain even though I was born there,” he added. “It’s a silly and frustrating country, which is why I moved to America.” - AFP

Is that a bowling ball? No, it’s a kidney

Indian surgeons have cut a kidney weighing the same as a bowling ball out of a man with a life-threatening genetic condition, a surgeon said on Monday. The 7.4kg kidney is one of the biggest yet removed in an operation. "It was a huge lump that was occupying half of his abdomen. We knew it was a big kidney but never thought it would be this heavy," said Sachin Kathuria, a member of the surgical team, said. The 56-year-old patient, suffering from autosomal dominant polycystic kidney disease, underwent the two-hour operation at the Sir Ganga Ram Hospital in Delhi last month. A normal kidney weighs about 120g to 150g and is 12cm long. - AFP

Anybody have an idea where we are and where we’re going?

FREE TO READ | I’ve lost my sense of what the rules are, or who’s making them. Are we pointed in the same direction?

Don’t be surprised to see Invicta making eyes at enX

Would the reliable enX forklift distribution business in SA and the UK have some attractions for Invicta?

Yes it’s basically a bakkie, but is it hipper than a Hilux?

FREE TO READ | A fortnightly look at books, writers and reviews

Book extract: ‘Catching Tadpoles: The Shaping of a Young Rebel’

FREE TO READ | What made a young white boy from Joburg give up privilege and join the liberation struggle?

Kiln me softly: When a pot is much, Mudge more than a pot

Lucinda Mudge’s latest exhibition is a ‘celebration of failures around the world’, with a touch of schmaltz

Real Madrid face PSG in the Champions League on Tuesday, but will the mercurial Welshman be there?

Blasts from the past: Doc and Marks sort out Ghana in 1994