Looting politicos are being nailed at last. Great, but we need more, pronto

FREE TO READ | Arrest of Bongo et al is heartening, as is the Estina probe’s completion. Let’s hope it’s just the start

Why, minister, are we still high and dry without a water security plan?

Its unveiling was delayed because Sisulu had ‘other commitments’. And as SA waits, the crisis deepens

Blast into the past: Bank of Lisbon goes in tricky demolition

Discovery changes Vitality, but claims it has something Miles better

The Miles programme was discontinued in 2018, but it’s back by popular demand – with big changes

You gotta be kidney me: it turns out high-protein diets are bad too

They wrote it this week: What does the queen really think of her portraits?

Woke elite are delusional narcissists only interested in virtue signalling

Where are the demos for Hong Kong? Well, their fight doesn’t float the boat of the morally blind social media generation

‘Robber’ gunned down at Zoo Lake

A man was shot dead after he allegedly robbed a tourist at the Moyo Zoo Lake restaurant in Johannesburg on Friday evening, police said. Police spokesperson Brig Mathapelo Peters said the suspect allegedly attacked and robbed a Vietnamese visitor of his belongings at gunpoint. “It is alleged that a patron inside the restaurant observed the incident and fired shots, fatally wounding the suspect,” Peters said. The suspect’s firearm - with its serial number filed off - was seized by officers. More details were not immediately available. The restaurant could not immediately comment.

Eyewitnesses contacted the National Sea Rescue Institute (NSRI) after spotting a man and woman swimming offshore of the Goukou river mouth in Still Bay in the Western Cape. Their fears were not unfounded. Rescuers found the woman battling to keep the man's head above water. He was unconscious. “Eyewitnesses indicated that they could not be certain if the two swimmers were in difficulty but they raised the alarm as a precaution,” NSRI spokesperson Craig Lambinon said. “We found a 27-year-old male and 22-year-old female from Jongensfontein, 250m offshore of the river mouth, behind the backline. The female was supporting the man to stay afloat and he was unconscious in the water. They were brought safely into Still Bay harbour with our NSRI medics treating the couple for hypothermia and non-fatal drowning symptoms.”

The number of children in grades 1 and 8 who had not been placed in schools in Gauteng for 2020 has dropped dramatically, the education department said on Sunday. Provincial spokesperson Steve Mabona said they had reduced the number of unplaced pupils from 34,553 on November 3, to 9,618. Mabona said 272,741 (96.4%) of the 282,787 applicants had now been placed. The department had also received 160 appeals from parents that would now be processed. “Working closely and collaboratively with our schools, especially those in high pressure areas, we managed to increase capacity to accommodate more unplaced learners; consequently, most of the high-pressure schools are full. We have identified schools where additional classroom capacity is required to allow for additional placements,” he said. Procurement processes were under way to provide mobile classrooms to those schools. Schools with a high number of applicants had agreed to increase capacity.

Two police officers were shot dead in Johannesburg on Saturday night after responding to a hijacking complaint. Police spokesperson Brig Vishnu Naidoo said a captain and a warrant officer were responding to reports of a hijacking on Leonie Street in Winchester Hills, south of Johannesburg, at about 8pm. “Initial reports suggest the two members came under fire and they were both fatally wounded at Vleiroos Street while on their way to the complaint. The hijacked vehicle has since been recovered in Klipspruit, Soweto.” National police commissioner Khehla Sithole said officers were working around the clock to find the killers. Report information about the incident to Crime Stop on 086-001-0111.

Six Durban teenagers will appear in court on Monday following a shootout with police after a high-speed car chase. One of the suspects was wounded and is in hospital under police guard. KwaZulu-Natal police said that on Friday night police officers from Durban North spotted a suspicious-looking vehicle. When they tried to pull it over the occupants, aged 15 and 16, sped off and a chase ensued. When the vehicle reached Dumisane Makhaye Highway the suspects opened fire at the officers. “Five other youths were arrested and taken to the Greenwood Park police station. Police seized two firearms. They were charged with attempted murder and illegal possession of firearms and ammunition.”

No escapes after tornado hits prison

Justice and correctional services minister Ronald Lamola visited the Waterval Correctional Centre in Utrecht in KwaZulu-Natal after a tornado hit the area over the weekend. “There's no one who escaped and no one was injured,” Lamola told eNCA. “The only thing we need to deal with is the assessment of the damage.” Parts of the centre were damaged on Friday night, including about 20 houses that were being used by staff, leaving dozens of families homeless. Newcastle Growth Coalition chair Johan Pieters went out to the area on Saturday morning. “It's devastating to see dead animals and uprooted trees as well as destroyed homes,” he said. Residents desperate needed water and food. A local bottling company, Thirsty, had donated water on Saturday morning. “The affected residents will still need more. We urge locals to come forward with food items too,” Pieters said. 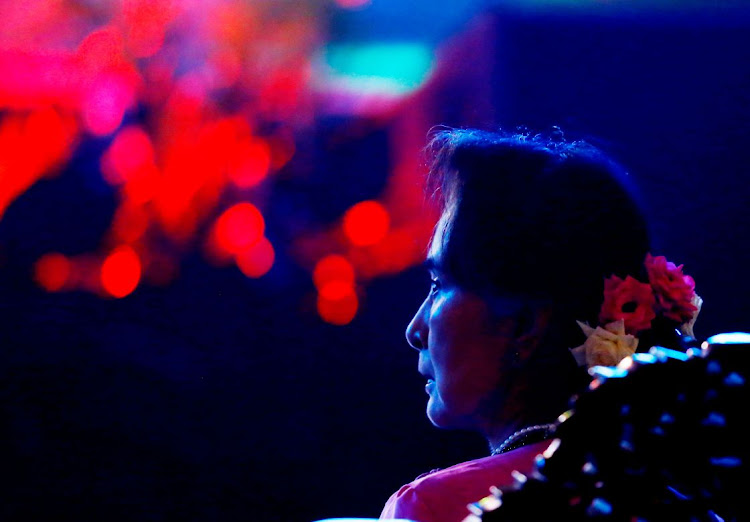 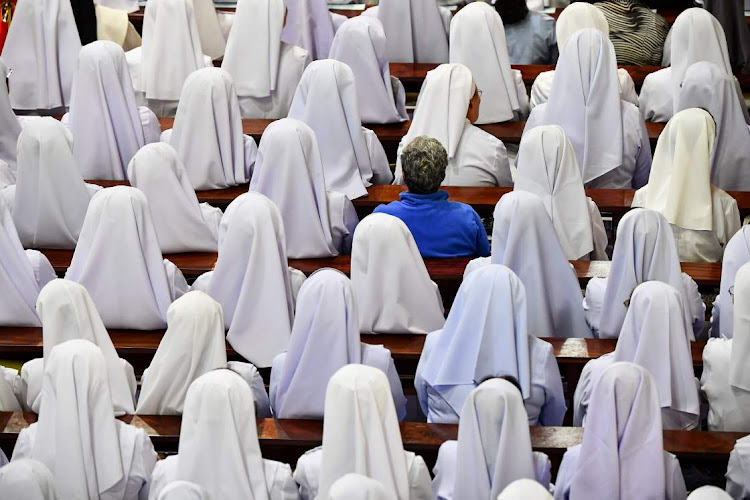 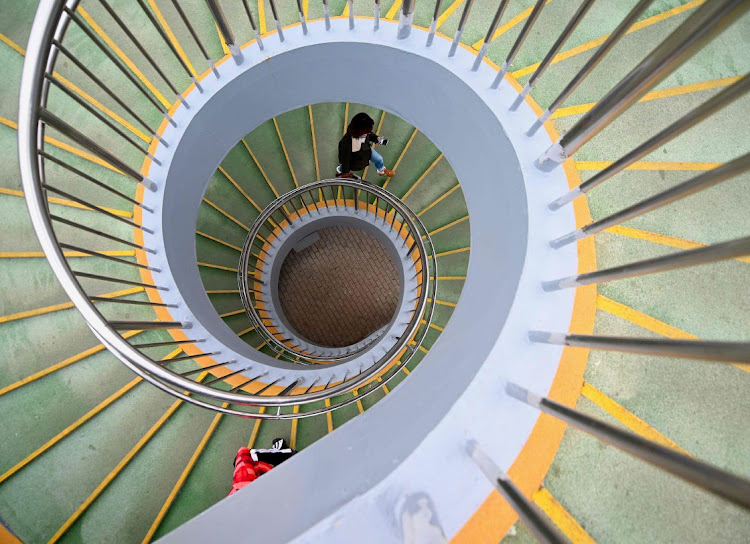 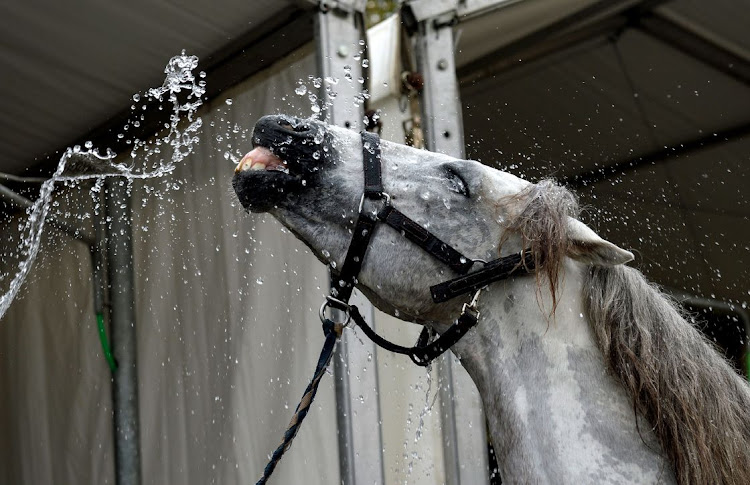 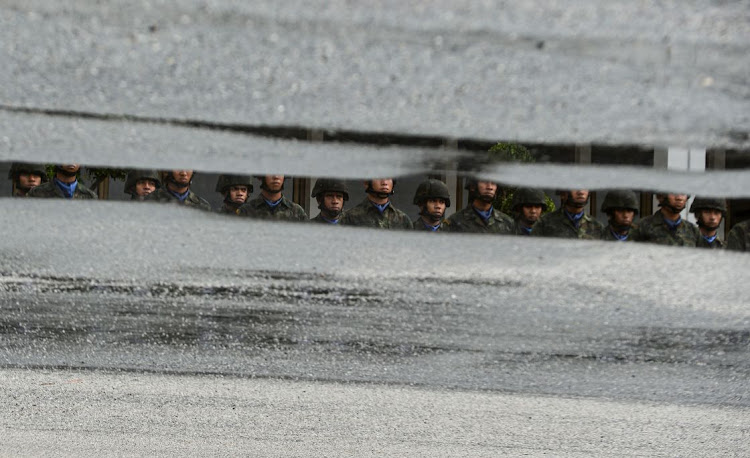 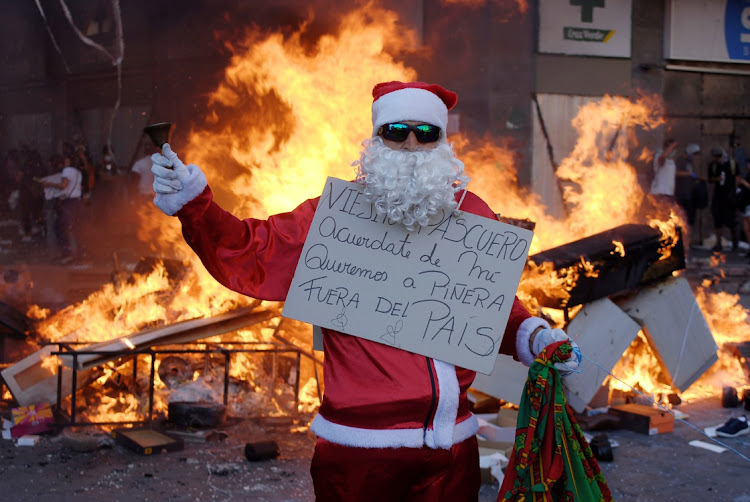 Well, that was another Musk disaster – but it hardly matters

While people snigger at his latest spectacle, to his backers he is far more than just a loose cannon with madcap ideas

Cancer patients are the real winners in Nobel Prize research

Brits are ‘stealing’ our African priests … and can’t understand them

It’s all about a priest shortage, but if only UK bishops would make like the Amazonians, one deacon urges

They’ve always been famous for their mutual ribbing, but is seems Rod Stewart has given one jab too many

DATING, BUT NOT LOOKING A Brexit-related sign is displayed above the entrance to a bar in Manchester.
Image: Reuters/Phil Noble

LA has had enough of Hadid’s mansion

The property tycoon father of supermodels Gigi and Bella Hadid has been ordered by a judge to demolish his half-built $100m Bel Air mega-mansion. Mohamed Hadid has been involved in a long legal battle over the palatial residence after neighbours complained about its size. A Los Angeles judge decided it was a “clear and present danger” to other properties in the area. The ruling came after a structural engineer said supporting piles were not driven far enough into the ground underneath the hillside property. – Telegraph Media Group Limited (2019)

He is best known as the Renaissance polymath, but Leonardo da Vinci was also passionate about wine, which he described as “the divine liquor of the grape”. Five centuries on, a team of experts has resurrected a vineyard that he once owned in Milan, from which they have now produced the first, rarefied batch of white wine. The vineyard was given to Leonardo by the Duke of Milan as payment for “The Last Supper” in 1497. The little vineyard survived for centuries before it was all but obliterated by an incendiary bomb in 1943. – Telegraph Media Group Limited (2019)

“Sesame Street” is launching an Arabic spin-off to help refugee children in the Middle East overcome their trauma. Producers of Ahlan Simsim (Welcome Sesame) hope to provide education to millions of displaced children for whom it is often sporadic, and to teach them coping mechanisms such as counting to five and belly breathing to help them deal with “big feelings”. New Arab characters join mainstays such as Elmo. It will begin broadcasting in February. – Telegraph Media Group Limited (2019)

The Vatican has been accused of harbouring a bishop wanted for alleged sex abuse offences. Prosecutors in Argentina have issued an international arrest warrant for Bishop Gustavo Zanchetta, who is accused of sexually abusing seminarians. He denies the charges. Zanchetta, 55, who is close to Pope Francis, lives in the Vatican. If convicted, the bishop would face up to 10 years in jail, but there is no extradition treaty between Argentina and the Vatican. – Telegraph Media Group Limited (2019)

The last surviving Sumatran rhino in Malaysia has died, wildlife officials said on Sunday. Once found as far away as eastern India and throughout Malaysia, the Sumatran rhino has been almost wiped out, with fewer than 80 left anywhere. Only a handful of the creatures remain in the wilds of Indonesia. The 25-year-old female died on the island of Borneo from cancer. Malaysia's last male Sumatran rhino died in May this year. - AFP

Doggone it! Dog years are a myth

Dog years are a myth and puppies are actually middle-aged by the time they are two, a new study suggests. The study examined how dogs matured by focusing on a natural phenomenon called DNA methylation in more than 100 labradors. The findings were then compared to around 300 humans - revealing that young dogs with boundless energy may be considerably older than they appear. By the age of two, the DNA of the labrador was roughly equivalent to a human entering their early forties, as opposed to a 14-year-old, which the traditional formula would suggest. Ageing slows in dogs over time, however, meaning that, by the age of 10, a labrador is similar to a person aged 68. – Telegraph Media Group Limited (2019)

Much like how South Africans debate race, our discourse on this subject is limited and narrow

Want to escape the January blues for once? It’s not that hard

First, forgive yourself. Second, grit your teeth and start to budget. It’s the only way to escape the debt trap

Sync your work-life balance without hitting a wobble

Johanna Mukoki identifies common barriers facing businesswomen, and what to do about it

The Turbo that doesn’t have a turbo, but at least it’s clean

This and a list of departing players put pressure on the team. Here are five key issues that need ironing out

Blasts from the past: Revenge for 2006 Boks at Twickenham