Doctor being probed for 8 child deaths, but he’s getting an award anyway

Down the toilet: first Siyenza 10 were seized, now their assets will be too

Hours before arrest, MP Bongo was told he faces another probe

Witchcraft, satanism, body parts: all in a day’s work for Occult Unit cops

Cape varsity gets caught up in student council’s factional fight

Ho ho … hold on! Your dream holiday may be a giant scam

If an offer sounds too be good to be true, it usually is, warn financial authorities and property experts

Because they absorb so much carbon, research suggests each whale is worth more than a small forest

Why I love Mrs Lovely, a stowaway who smuggled secrets

FREE TO READ | Where to start with the daring Paulette Cooper?

Beware the blessed cadre who blabs on his blesser

FREE TO READ | Cadre deployment and genuine ambassadorship used to be polar opposites – until a Trump man flipped the ...

The case for reasonable alpacas in a woolly-headed world

EFF leader Julius Malema is “aware” that leaders within his party are using money to influence delegates to the party's national people's assembly next month. New party leaders are expected to be elected at the assembly. Malema made the admission at a press conference on Thursday on the state of readiness for the assembly. According to Malema, some party members had alerted him to promises by some leaders to deposit money into their accounts in exchange for votes - which was tantamount to trying to buy the EFF. He said everyone implicated would be named and shamed once they had deposited the money into delegates' accounts. “We completely discourage use of money [to buy delegates] and anyone who uses money we will deal with them decisively. We will not waste time,” he said.

Mboweni on SAA: ‘Close it down’

Finance minister Tito Mboweni said on Tuesday it would be better to close down SAA and start a new airline. Speaking on Power 98.7, he said: “It’s unlikely that this would be sorted out, so my view is to close SAA down. Close it down and start a new airline. All together, invite [CEO of Standard Bank] Sim Tshabalala and others to come together and form a new airline.” Mboweni said the reason he thought closing down SAA would be better than continuing efforts to turn it around, was that it was unlikely the airline would find a private-sector partner. This is not the first time Mboweni has suggested that the national carrier be shut down. In his medium term budget policy speech in October, Mboweni said SAA was unlikely to generate sufficient cash flow to sustain operations in its current configuration.

AfriForum submitted a letter to Gauteng premier David Makhura on Thursday demanding the dismissal of education MEC Panyaza Lesufi. The organisation said it sent the letter following a long history of mismanagement and the division of communities by Lesufi. The letter is among measures AfriForum had taken in its bid to have Lesufi removed. “It is a disgrace that the premier still allows Lesufi to hold office despite the damage he has already inflicted on the Gauteng education system and on social cohesion in the country,” AfriForum head of youth, sport and culture Henk Maree said. He claimed the school admissions process in Gauteng was chaotic and that Lesufi did not accept responsibility for his part in the crisis. Lesufi remained defiant, tweeting: “Our sin is to take care of all our children so that they can access quality education. All our schools belong to all our children.”

President Cyril Ramaphosa has hailed the appointment of outgoing Nampak CEO Andre de Ruyter as the new Eskom group CEO, saying it was a move to bring stability to the troubled power utility. In his opening remarks in a meeting with the Black Business Council, Ramaphosa referenced the crises at Eskom, saying the board and government were working together on a turnaround. “The appointment of a permanent group chief executive officer at Eskom is an important step to restoring stability and forging a sustainable path on this strategic entity,” he said. There has been mixed reaction to De Ruyter’s appointment, with some raising concerns about transformation. Ramaphosa said energy security was critical for local industries and the economy to flourish, and the government had to restore the finances of SOEs to health “if we are going to reign in public debt”.

Bread and a PowerBall ticket lead to R50m win

The winner of the R50m PowerBall jackpot has come forward. Lottery operator Ithuba said, however, that he preferred to stay under the radar, refusing to divulge much about himself. Speaking to Ithuba, he said he had bought the ticket on Monday when he visited his local shop to buy bread. The ticket was bought in Boksburg, east of Johannesburg. “The winning ticket was purchased at SuperSpar Parkrand on Van Wyk Louw Drive in Boksburg,” Ithuba said. The winner had spent R45 on the ticket.

Christmas in jail for ‘trafficking’ pastor

Rape and human trafficking accused pastor Timothy Omotoso sported a Springbok rugby jersey, a green jacket and a Springbok-emblazoned scarf around his neck - in an apparent sign of support for the Boks’ World Cup win - when he appeared in court on Thursday. Omotoso, 60, and his co-accused Lusanda Sulani, 36, and Zukiswa Sitho, 28, appeared briefly before Judge Irma Schoeman, only for the matter to be postponed again pending the outcome of their application to the Constitutional Court. The three approached the highest court after their failed attempt to get the Supreme Court of Appeal to overrule Schoeman’s earlier decision to allow the entire trial to be heard in Port Elizabeth. The case was postponed to January 28.

The iconic Fireman's Arms in Cape Town caught fire at about 3am on Thursday. The pub is one of the city's oldest and most loved venues. It was established in 1864. Owner Kevin Phelan said the blaze occurred in the beer garden. The cause is not yet known. 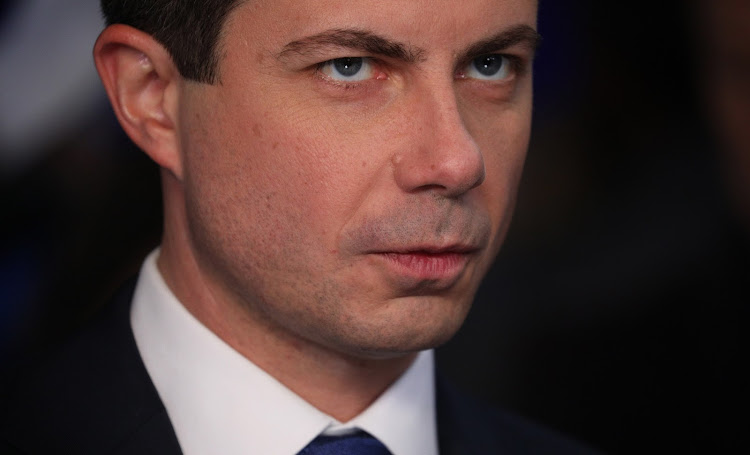 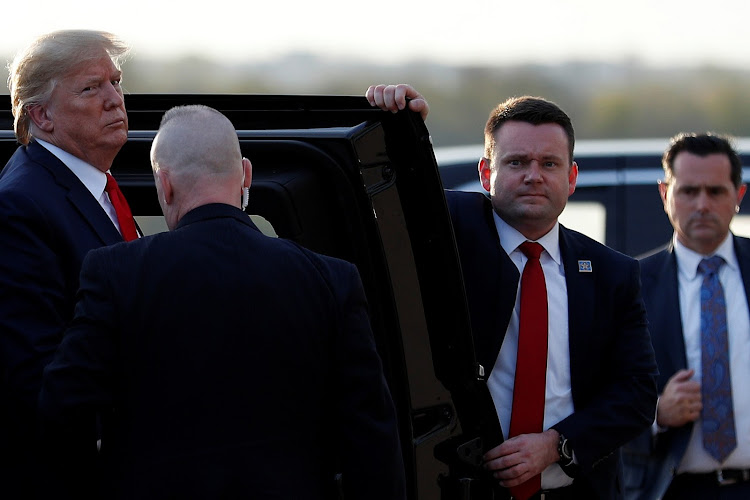 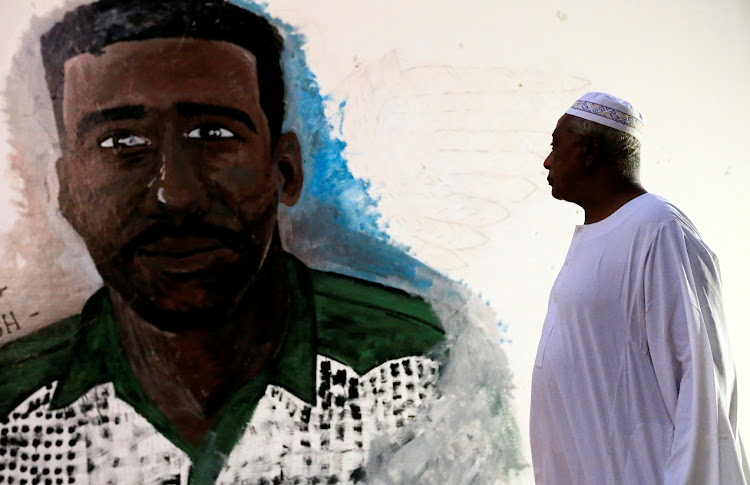 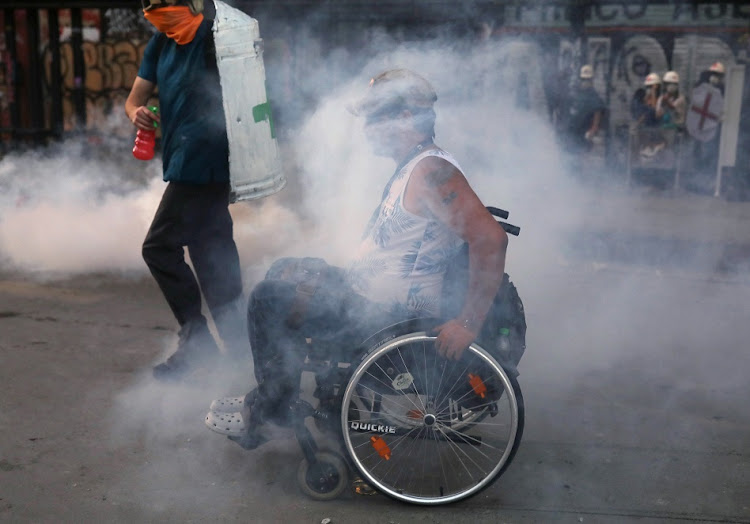 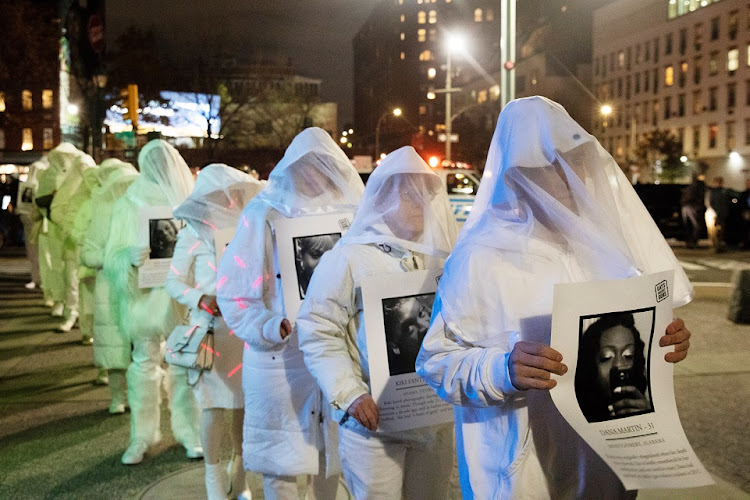 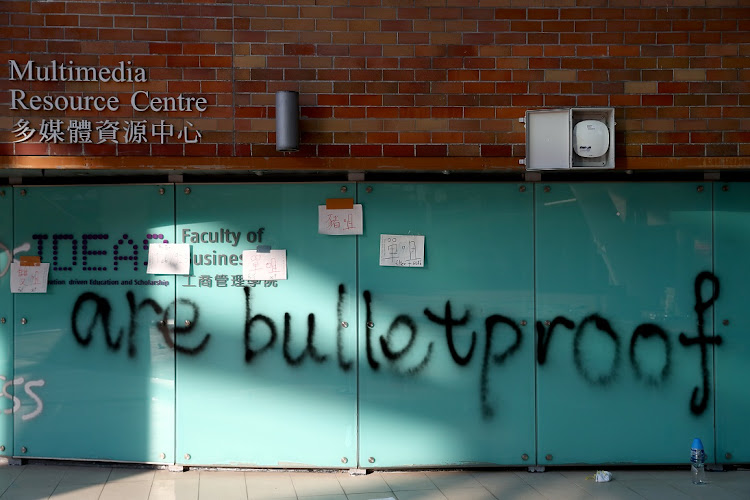 Christians are to blame for the Holocaust, says Church of England

In the end, it was his mom who told Andrew he had to go

As the scandal-besieged Duke of York steps down from public life, we look at how his own stupidity was his downfall

SPLAYING IT SAFE A cavalry soldier performs during a military parade for the commemoration of the 109th anniversary of the Mexican Revolution in Mexico City.
Image: Claudio Cruz/AFP

A French court has allowed a group of ducks in the southwest of the country to keep on quacking after complaints from neighbours over their noisy behaviour, at least pending a detailed investigation of noise levels. The case of the ducks in the Landes region was the latest in the country to pit traditions of rearing animals against the tastes of newcomers, following the well-publicised legal dispute over a rowdy rooster in western France. A couple who bought a neighbouring property in 2018 had complained of “significant noise” from the group of 50 ducks and geese kept in the back garden of Dominique Douthe, 67, in the town of Soustons. She said the ducks had been given a stay of execution by the court in the town of Dax, adding that she was “relieved” by the ruling. - AFP

The British co-founder of Extinction Rebellion sparked outrage in Germany on Wednesday by referring to the Holocaust as "just another f**kery in human history" in an interview with Die Zeit newspaper. Roger Hallam, 53, compared the murder of six million Jewish people at the hands of the Nazis to other historical massacres and claimed that memory of the Shoah was holding Germany back. "The extremity of a trauma ... can create a paralysis in actually learning the lessons from it," he told Die Zeit in an English-language interview. "The fact of the matter is, millions of people have been killed in vicious circumstances on a regular basis throughout history." - AFP

Hollywood once considered trying to get Julia Roberts to play Harriet Tubman, the black 19th century anti-slavery crusader, it has emerged. The idea was floated 25 years ago as studio executives considered making a film about the political activist. A biopic, Harriet, starring Cynthia Erivo, the black British actress, was finally released this month. Gregory Allen Howard, the film's screenwriter and producer, said the suggestion of casting Roberts was made to him by a studio executive when he first tried to get the film made in 1994. He said: "Picture 1994: 'This is a great script. Let's get Julia Roberts to play Harriet Tubman,' said the then-president of a studio sub-label." Fortunately, there was a single black person in that studio meeting 25 years ago who told him that Harriet Tubman was a black woman. – © Telegraph Media Group Limited (2019)

A 17-year-old Canadian nearly lost his lungs after five months of intensive vaping, but the ingredient suspected of doing the damage, diacetyl, is different from the substance US authorities blame for dozens of deaths. The case, described on Thursday in the Canadian Medical Association Journal, deepens the mysteries surrounding e-cigarettes, which have grown so popular that US President Donald Trump this week backed away from a proposed ban on certain vaping flavours, fearing such a move could cost him votes. Vaping has been blamed for 42 deaths in the US. Canada has had only eight identified patients, and no deaths. The 17-year-old vaper in the study was in good health and vaping daily, particularly green apple- and cotton candy-flavoured refills as well as those containing THC, the psychoactive component of marijuana which Canada legalised in October 2018. – AFP

An online fundraiser for koalas injured in devastating bushfires topped A$1m (R10m) on Thursday, making it Australia's biggest campaign on the GoFundMe platform in 2019. Deadly bushfires have ravaged vast swathes of eastern Australia, and wildlife carers estimate the blazes have killed hundreds of koalas this month in New South Wales state alone. A crowdfunding page set up by the Port Macquarie Koala Hospital to provide automatic water drinking stations for wild koalas soared past A$1m, with donations from more than 20,000 people from countries including the US, France and England. The wildlife charity's "Help Thirsty Koalas Devastated by Recent Fires" drive, had an initial goal of just A$25,000, GoFundMe said, and is the second-biggest since the platform launched Down Under in 2016. – AFP

Many LGBT people in China are being forced to undergo "conversion therapy", often done by unscrupulous, unlicensed providers in a sector that operates with little oversight by the authorities, rights groups said. Though widely discredited by doctors, conversion therapy is an attempt to change a person's sexual orientation through various means such as hypnosis, drugs, acupuncture and even electric shock therapy. In China, the therapy is often offered by centres not licensed to practise medicine, as well as by public hospitals, in the absence of an outright ban. – Reuters

Confidentiality be damned: SA must keep its eye on the money

Client confidentiality is important for honest citizens, but surely not for rampant state capture criminals?

If it goes bust is it really the fault of workers rather than Zuma, his ministers, Myeni, board members and executives?

Duck, Cape Town! The Firebird is swooping into town

Comic genius despises the films made from his stories

Harder, deeper, faster: we want all your saucy secrets

The 2019 Sunday Times Lifestyle sex survey is fast and a lot of fun – and don’t worry, it’s 100% confidential

Blast from the past: title eludes Skosana - only just