Is De Ruyter the right choice to save Eskom? Experts give their opinions

FREE TO READ | It’s SA’s most unenviable job. Here are the strengths and weaknesses of the utility’s new CEO

Rant all you want, but that varsity rejected your child for a good reason

FREE TO READ | Before outraged moms and dads hit social media, they need to consider a few facts

Finally, the Estina Dairy Project is back on track for trial

A series of embarrassing court defeats later, the NPA says it now has the info it needs to show where all the money went

Judge corrects ‘slap on the wrist’ for child rape

FREE TO READ | Magistrate’s history of lenient rape punishments to be probed as regional court corrects sentence for ...

We don’t want them to know where we live, says con woman’s mom-in-law

Workshops for GPs give family practice a shot in the arm

HURDLES A police officer in Zimbabwe tackles a woman with his boot as they dispersed a crowd gathered to hear an address by leader of the MDC (Movement for Democratic Change) Alliance, Nelson Chamisa at Morgan Tsvangirai House, the party headquarters, in Harare.
Image: Jekesai Njikizana/AFP

Building where firefighters died to be demolished

The Bank of Lisbon building in downtown Johannesburg - where three firefighters died in a 2018 fire – is expected to be demolished on Sunday. The announcement was formally made by the Gauteng government on Wednesday. The 31-storey building was severely damaged in the fire. The Gauteng government said an assessment conducted by structural engineers found the fire caused severe damage to the slabs of the floors and posed a threat of collapse. Nearly 2,000 residents in 10 residential buildings would need to be removed for about three hours on Sunday. An “exclusion zone” would be set up.

A girl in Grade 8 was stabbed to death at her school in Upington in the Northern Cape on Wednesday. The provincial education department said the girl was a pupil at Rosendal Intermediate School. She was reportedly stabbed by a fellow pupil. “At this stage we are not sure what triggered the incident, but our district office is investigating,” said department spokesperson Geoffrey van der Merwe. “The alleged perpetrator was issued with a suspension letter, pending the outcome of a disciplinary hearing, and will be isolated and continue to write her examinations under supervision.” Counsellors have been sent to the school to offer counselling to affected pupils and teachers.

The Eastern Cape government will send an acting city manager and CFO to Nelson Mandela Bay to help stabilise the city, the provincial cabinet has decided. A multidisciplinary task team will also be sent to support the officials seconded by the provincial cabinet. Political parties in the metro, including coalition partners, accused Bay mayor Mongameli Bobani of unilaterally appointing legal services official Nobuntu Mpongwana as acting municipal manager. The metro has had at least seven acting city managers during Bobani’s term in office, which began in September 2018. Premier Oscar Mabuyane's spokesperson, Mvusiwekhaya Sicwetsha, said the provincial cabinet supported the decision to send the support team.

Lobby group AfriForum accused EFF leader Julius Malema on Wednesday of “lying” about not assaulting a police officer at Winnie Madikizela-Mandela's funeral. Malema and party spokesperson Dr Mbuyiseni Ndlozi appeared in the Randburg Magistrate’s Court earlier in the day, accused of assaulting the officer at the funeral in April 2018. The case was postponed to March 10 2020 for trial. Outside court, Malema denied he and Ndlozi had assaulted the officer: “If I laid a hand on him I would have panel-beaten him. All we were fighting for was to enter the cemetery and go and bury our mother.” AfriForum CEO Kallie Kriel said Malema was “not known for being a truthful person”.

Outgoing Johannesburg mayor Herman Mashaba says his job as the first citizen of SA’s biggest metro was the most rewarding, but that it was “brutal”. Mashaba, who is due to step down as mayor next week after his resignation from the DA spoke glowingly about how he turned around the metro police department in the city. He was speaking during the release of the city’s monthly crime statistics on Wednesday. “This has been the most rewarding job any human being can have, brutal as it was … This was a brutal job, running a seven-way multiparty government,” said Mashaba. He praised the turnaround of the Johannesburg Metro Police Department (JMPD), saying his administration had managed to free the officers from political interference. He hoped the incoming political leadership, to be elected next week, would continue that support.

A 13-year-old girl has been arrested for the gruesome murder of her grandmother after the woman was found bludgeoned to death in her home in Tongaat, north of Durban, on Monday. Police spokesperson Col Thembeka Mbele said the teenager was arrested on Tuesday and was in custody. She was expected to appear in court on Thursday. According to police on Monday, the girl said she had seen her grandmother being bludgeoned by an unknown man. Mbele said the girl told police she had tried to fight the man but he overpowered her, pushed her out and locked the door. "She alleged that she left the premises to call for help and when she returned with neighbours the man was nowhere to be found," she said.

Gauteng police swooped on an alleged dagga laboratory and arms cache at a home in Wierdapark, Pretoria, on Tuesday. The owner of the house, a 50-year-old man, was arrested. 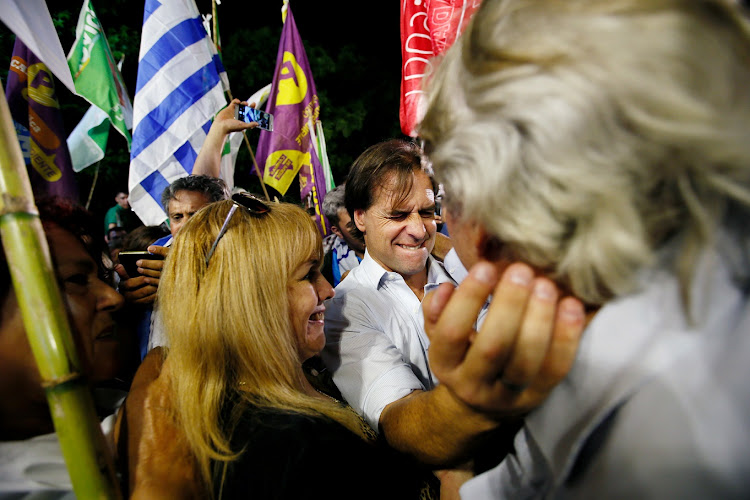 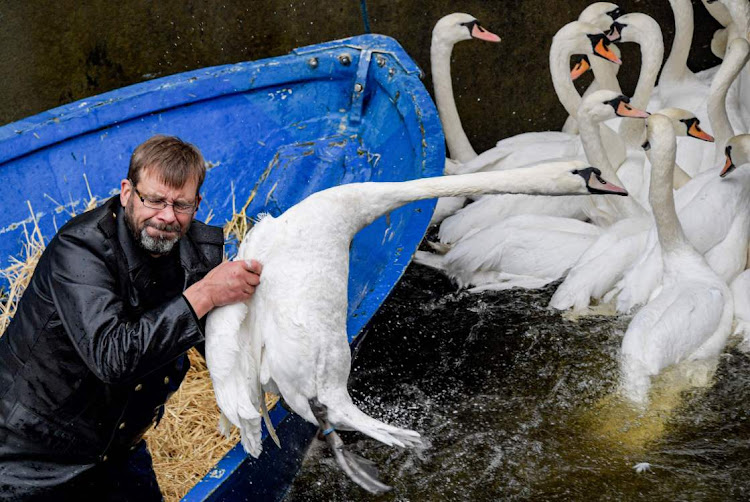 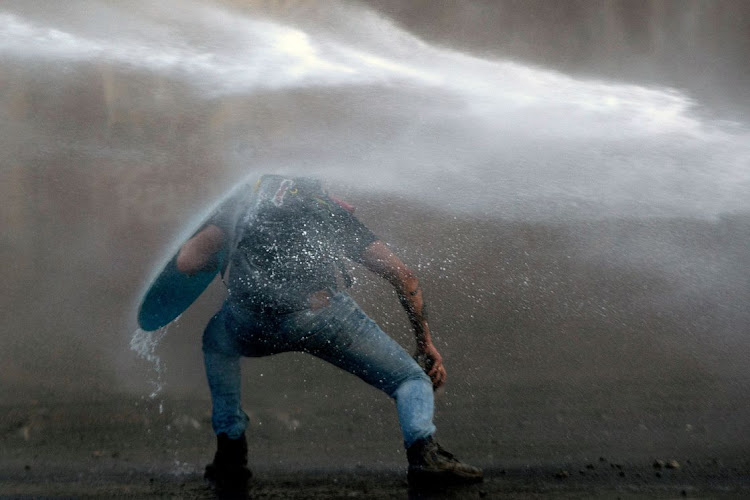 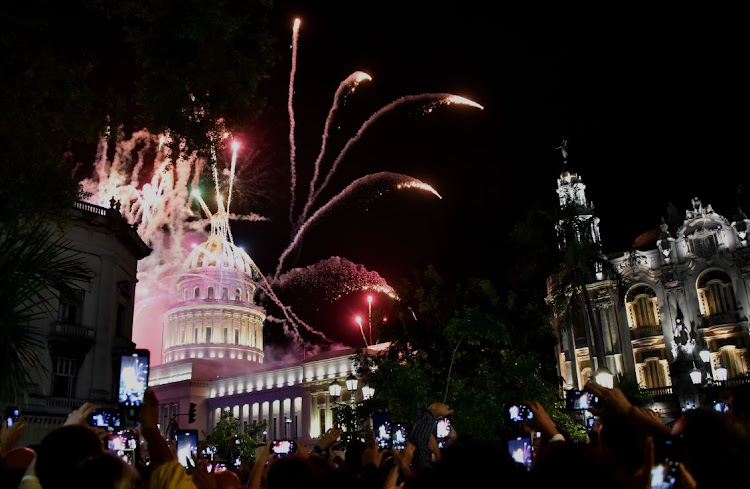 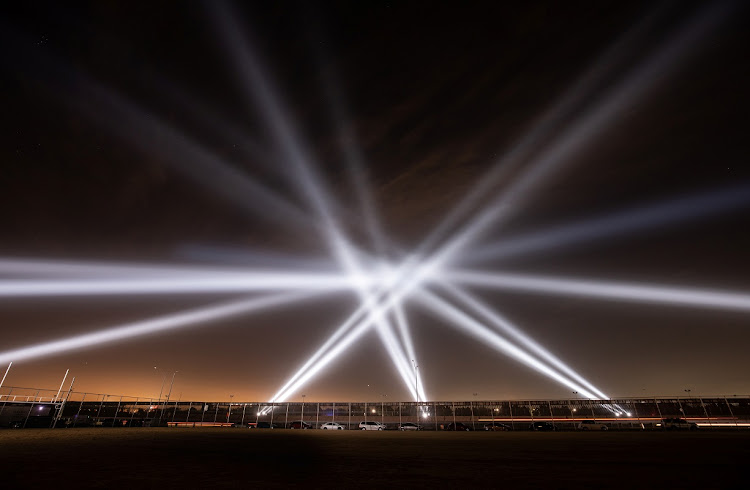 ‘Pray for me’: how Chinese tortured Hong Kong man for being a ‘UK spy’

Is this how Andrew slipped away for a quickie with Epstein’s sex slave?

Painfully unfunny things that went down at Google

‘Do it for the fans’: why GoT nudity made Daenerys weep in the loo

Mother of Dragons actress says she had ‘fights on sets’ about nude scenes, and was told not to disappoint fans

Beavers are to be reintroduced in Britain as part of plans to help control flooding, the National Trust announced on Wednesday. The charity, which manages historic properties and countryside, said it aimed to release Eurasian beavers at two sites in southern England early next year. ‘The dams the beavers create will hold water in dry periods, help to lessen flash-flooding downstream and reduce erosion and improve water quality by holding silt,’ said Ben Eardley, project manager at one of the sites. Beavers were hunted out of existence in Britain in the 16th century because of demand for their fur, meat and scent glands. — AFP

Bricks idea not to be poo-pood

Pupils in the Philippines have found a way to convert poo from stray dogs into a mixture for bricks, aiming to rid city streets of excrement and potentially even lower construction costs. As part of a research project, eighth-graders gathered and air-dried dog faeces, which were then mixed with cement powder and moulded into rectangular ‘bio bricks’. The pupils say their bio bricks are ideal for paving or small structures like backyard walls. Each brick contains 10g of dog poo and 10g of cement powder, and has a faint odour that the group says will fade with time. — Reuters

OK Gen Z, you deal with this

Oil, gas and coal output already planned or in the pipeline will overwhelm efforts to cap global warming at levels consistent with a liveable planet, the UN warned on Wednesday. The world is on track to produce 50% more fossil fuels than could be burned without increasing Earth’s surface temperature by more than 2C above pre-industrial levels, it said. If temperature rise is to be limited to 1.5C, planned fossil fuel production is more than double what can be tolerated. With only 1C of warming to date, the world has seen a crescendo of deadly heatwaves, flooding, and superstorms made more destructive by accelerating sea level rise. — AFP

Two pro-democracy protesters were arrested on Wednesday as they emerged from a manhole on a Hong Kong road outside a besieged campus, in a thwarted escape bid from inside the university. They apparently crawled through fetid sewers to a manhole outside a housing estate about half a kilometre from city centre grounds of the Hong Kong Polytechnic University, the scene of the dramatic siege by police. The group were arrested for a range of offences including ‘taking part in a riot’ and ‘assisting offenders’, said chief superintendent Ricky Ho. — AFP

Blackhall Colliery is like many struggling former mining villages in northeast England. But the village on the County Durham coast is now at the centre of a mystery — as bundles of cash keep turning up in the street. Durham Police said a total of £26,000 had been found over the past five years — 13 packages of £2,000 in £20 notes. ‘These bundles are always left in plain sight such as on pavements and discovered by random members of the public who have handed them in,’ said detective constable John Forster. The latest discovery on Monday was the fourth this year, he added, speculating that a Good Samaritan could be dropping off the cash parcels. — AFP

Global health charity Marie Stopes said on Wednesday it had recalled 800,000 faulty condoms on sale in Uganda, where HIV rates are among the highest in the world. The recall followed a warning from Uganda’s National Drug Authority that the Life Guard brand condoms had failed manufacturing ‘quality tests’ because they contained holes and may burst. The affected condoms were manufactured by India-based MHL Healthcare in April 2019 and have an expiry date of April 2024, the government regulator said. According to UNAIDS, 1.4 million Ugandans are living with HIV and last year 53,000 people were newly infected with the disease. — AFP

BULL’S EYE: Cheers to the guy who said to hell with luxury

Art as jewellery, or vice versa? Either way, you’re winning

Contemporary jewellery that’s worth showing off

FREE TO READ | Since the Bulls won in 2010, Super Rugby success has been a foreign concept for SA teams

Blasts from the past: Bugbear Steve Smith at it again in 2014