Yes, SAA can be fixed. To start with, ground the whole thing

Former Comair CEO Erik Venter’s solutions are radical, but franchising its valuable routes could be a good start

Unless Numsa are numbskulls, they know full well SAA is going to crash

FREE TO READ | Even ANC has realised the airline is in its death spiral. It’s just a matter of how long it’ll take

Want to save the planet even when you’re dead? Try water cremation

Child psychologist struck from roll passes the test this time

We have the home, er, air advantage at this World Cup

Chicken soup’s not just for the soul: Gran’s broth can fight malaria

After days on a wanted list, police union boss Zwelinkosi Reuben Mdletshe has been arrested, the Hawks said on Tuesday. The Police and Prisons Civil Rights Union (Popcru) CEO and another man, identified by police as Robert Sherriff, were linked to an alleged plot to kidnap and murder prominent union officials. This was allegedly in a bid to cover up links to corruption, the Hawks said last week. The pair appeared in the Kempton Park Magistrate’s Court on Tuesday, said Capt Dineo Sekgotedi. The alleged murder plot was unravelled when a man, said to have been hired to carry out the killings, was arrested. Neo Letela, a Mosotho, described as the “middleman” who was to hire the assassin, was arrested on November 6. Letele, 34, has appeared in court twice. He is due to appear again on Wednesday November 20 for a formal bail application.

Ezemvelo KZN Wildlife has confirmed closing access to part of Midmar Dam after a sewage spill into the water near Mpophomeni in the Midlands. Spokesperson Musa Mntambo said on Tuesday Ezemvelo had instructed people to stay clear of the dam near Mpophomeni at the beginning of October, after the water showed high levels of sewage. They had been instructed not to fish or use boats in the area. “We cannot say where the sewage comes from,” said Mntambo. Environmental lobby group Save Our Rivers has applied to the department of water and sanitation to intervene.

A senior state advocate died after a gun, displayed in court as an exhibit, was accidentally discharged in the Ixopo Regional Court on Monday. KZN director of public prosecutions Elaine Zungu confirmed that Addelaid Ann Ferreira Watt died on Monday. It is understood the gun fell and a shot went off, hitting the advocate in what has been described as "freak accident". "Her untimely passing is mourned by all. Our thoughts and prayers are with her family during this difficult time. The family has requested that their privacy be respected," Zungu said in a bereavement notice to staff. Police spokesperson Brig Jay Naicker said a case of culpable homicide was being investigated. "It is alleged that the weapon was brought to court to be entered as evidence in a house robbery case when it accidentally discharged in court," he said.

The Western Cape has inched a step closer to allowing municipalities to supply power to the province through independent power producers (IPPs). Energy minister Gwede Mantashe has agreed to discuss the use of IPPs in the province, which could take pressure off power utility Eskom. “I wrote to the minister to discuss the integrated resource plan [IRP]. He indicated that he will engage all provincial legislatures to discuss it,” said DA spokesperson on finance, economic opportunities and tourism, Deidré Baartman. She said the move could bring cleaner, cheaper electricity to the province and dismiss load-shedding concerns.

Patients fend for themselves after hospital shooting

Nurses fearing for their safety downed tools at Witbank General Hospital after a man barged in and shot dead a patient being treated for gunshot wounds at the weekend. Patients felt the effect on Tuesday as the hospital operated on a skeleton staff. “My younger brother was supposed to go for his chemo today. There's a strike at general hospital (Witbank). There’s no transport for patients to go to Pretoria for treatment,” wrote one person on Facebook. Mpumalanga health department spokesperson Dumisani Malamule confirmed the hospital was operating on skeleton staff. Arrangements had been made with other hospitals, including Middelburg, to take high-priority cases. A nurse who spoke on condition of anonymity said it was sad patients had to feel the effect of their protest: “Sadly, if we don’t go to extremes, no one hears us.”

A Western Cape prosecutor was sentenced on Monday to 10 years in prison on 157 charges of possession of child pornography and one charge of sexual assault. Dawid Lotz, a 44-year-old control prosecutor at the Atlantis Magistrate's Court at the time of his arrest on December 31 2016, pleaded guilty and was sentenced in the Parow Regional Court. Police spokesperson Capt FC van Wyk said information was received in October 2016 that an official at the Atlantis court was in possession of child pornography. Following an investigation, Lotz’s office and home were searched. His guilty plea resulted in the court suspending three years of his sentence for five years. He was added to the register for sex offenders, meaning he cannot work with children or carry a firearm.

Police are investigating two counts of murder after two bodies were found on Suncoast Beach in Durban on Monday. Fatima Muhammad, a 50-year-old Chatsworth mother of three, was stabbed multiple times, while Kresen Chandiah, 24, was found with a single stab wound to his chest. 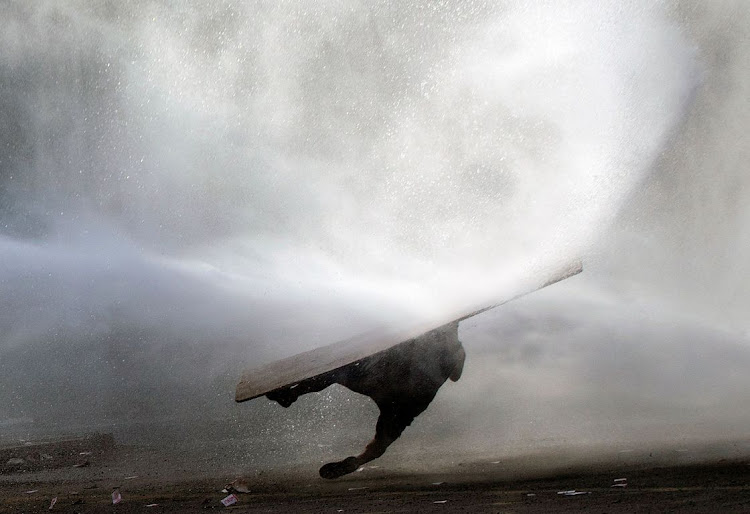 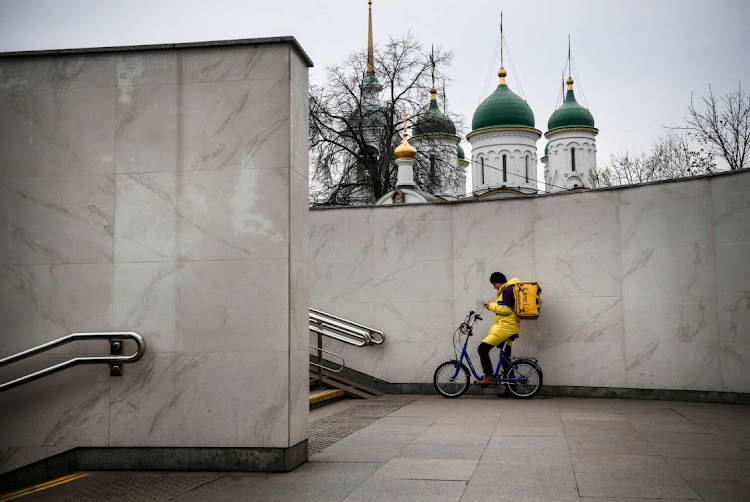 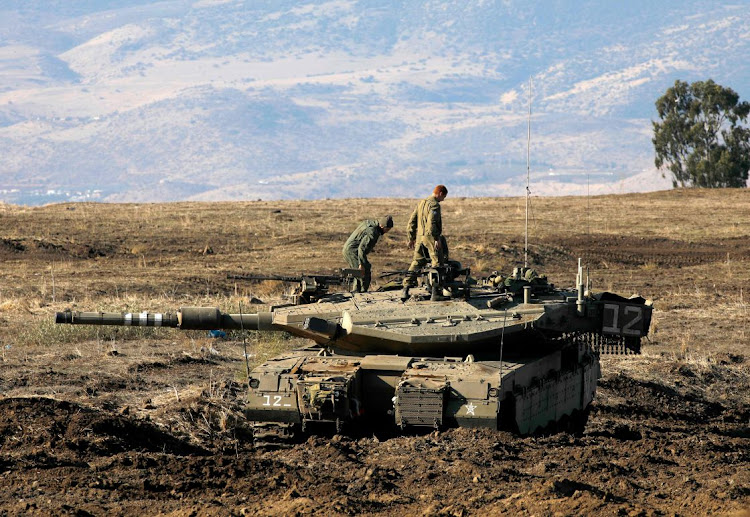 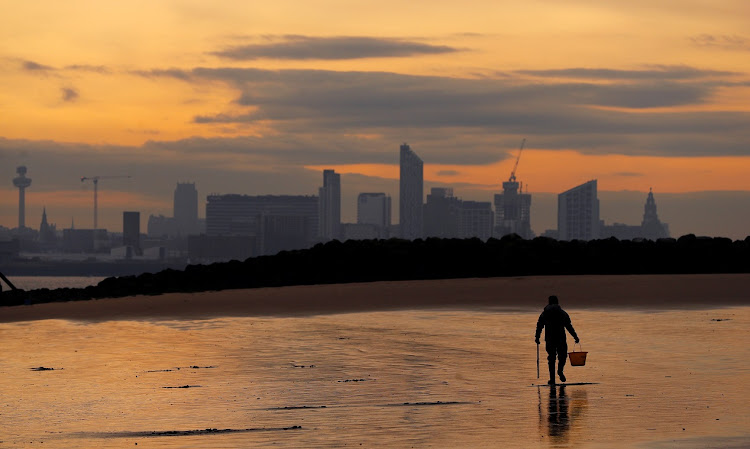 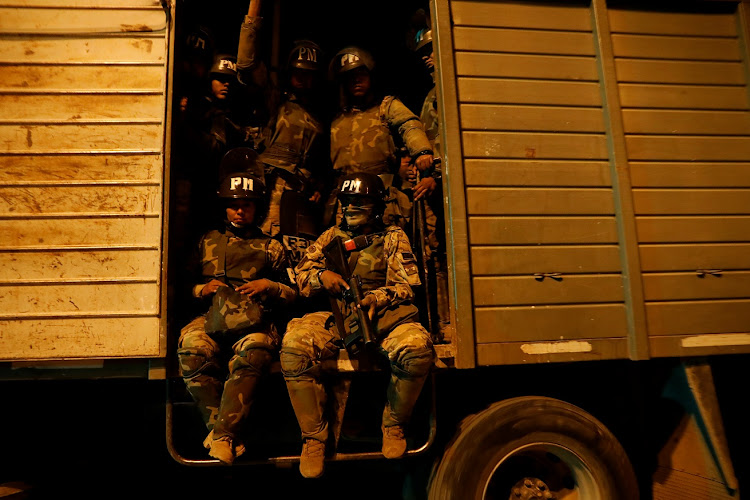 Çringeworthy TV interview opens the floodgates for the duke, as saga points to queen’s loosening grip on royal affairs

Hong Kong is doomed, but the West can ensure China takes a painful hit

Beijing’s clampdown on the territory will cost it financially, but that’s not what the Chinese fear

Pissed off: They forced us to get blotto at work, say Pernod Ricard staff

They claim there is ‘constant pressure’ to booze with customers at promotions in bars, clubs and bullfighting festivals

Craze for acorns, the new superfood, leaves little to squirrel away

People are now harvesting the nutritious nuts so eagerly that, in places, the squirrels are dying of starvation

SHORED-UP An artificial island is built on a base of plastic bottles and other recovered waste on the Ebrie Lagoon near Abidjan, Ivory Coast.
Image: Reuters/Luc Gnago

Who did you call brain dead? Expect me soon

NATO chief Jens Stoltenberg said he would visit Paris next week to seek an explanation from Emmanuel Macron after the French president dismissed the alliance as ‘brain dead’. This is after Macron said he believed the alliance was undergoing ‘brain death’, decrying what he called a lack of strategic coordination between Europe and the US and lamenting NATO member Turkey’s recent unilateral military incursion in Syria. – AFP

Desperate protesters get down and dirty

Pro-democracy protesters still inside a Hong Kong campus have been exploring the sewers to escape a police siege. Protesters have removed manholes, some making forays into the fetid tunnels following rumours of successful escapes from a campus ringed for three days by baton-wielding police determined to arrest them. – AFP

Romanian authorities detained a company owner over the spraying of a lethal chemical for pest control, leaving three dead and 28 others hospitalised. A one-week-old infant, and a three-year-old toddler and his mother, 28, died after the block they lived in was sprayed with pesticides over the weekend. The owner of the company, which carried out the pest control, is being investigated for manslaughter, personal injury and trafficking toxic substances. – AFP

Regional politician Norbert Walter-Borjans is aiming to become leader of Germany’s Social Democrats (SPD) in a membership vote, vowing to renegotiate the coalition deal with Angela Merkel’s conservatives if he wins. SPD is split over whether to stay in the coalition, and members are desperate for a new leader to revive its fortunes. Walter-Borjans earned the nickname ‘Robin Hood of taxpayers’ for cracking down on tax dodgers with secret Swiss bank accounts. – Reuters

The ducks on a small French smallholding may carry on quacking, a French court ruled, rejecting a neighbour’s complaint that the birds’ racket was making their life a misery. The court in the town of Dax ruled that the noise from about 60 ducks and geese kept by a retired farmer in the foothills of the Pyrenees was within acceptable limits. – Reuters

Mothers of Russian prisoners denounced the prosecution of protesters as they gathered outside the offices of the presidential administration. Members of a new campaigning group, Mothers against Political Repression, appealed to President Vladimir Putin to intervene in an open letter read out to journalists. The informal movement, the first of its kind, brings together families of protesters accused of violence against police, suspected extremists and others. – AFP

Number of days spent in hospital dropped overall, but its new mental health business made up for it

Not quite a royal mess, but investment in SA is wobbling

Pap may be tops, but mielie-bread’s even better

FREE TO READ | I love them roasted and blackened, boiled or baked, but most of all I love them in mielie-bread

A good trip can help you find your mind

From the bright lights of Broadway to Stellenbosch

Don’t drop the ball on this one, SA Rugby

Blasts from the past: Just a friendly, but hey we beat Spain