Is your workplace big enough for an EFF branch?

FREE TO READ | The fighters plan to establish themselves ‘in all workplaces’ ... as long as they’re a certain size

Steenhuisen and Doctor Evil’s Number 2: two poos in a pod

Apart from being an Austin Powers toilet joke, the hapless 2IC and the DA interim leader have some things in common

FREE TO READ | King’s Enyokeni Palace was to be the site of lavish upgrades, but was it a corruption bonanza?

Boyfriend ‘killed student because she was disrespectful’

In chilling audio clips, the murder accused reveals over the phone why he allegedly killed Zolile Khumalo

Cops open hearts to teen kicked out of home over underwear

Durban officers moved to act by a helpless, desperate KZN youngster and her poverty-stricken grandmother

Fashion models’ body image is no walk on the runway

A Gupta-owned house in highly sought-after Saxonwold in Johannesburg was sold for R2.6m on Monday. ANC secretary-general Ace Magashule’s son, Tshepiso, was "forcefully removed" from the home, according to the Mail & Guardian. The 18 Avonwold Road home - which was bought for just over R3m - was one of several Gupta-owned properties to go under the hammer. “We were instructed to dispose of a property which is one of the four properties in Saxonwold in the matter of Confident Concept Pty Limited, one of the several Gupta companies placed under business rescue. The property was sold for R2.6m. We still have more to dispose of,” said auctioneer Clive Lazarus. The 1,119m² brick-walled property has an entrance foyer, passage, lounge, dining room, a kitchen with access to a courtyard, three bedrooms and two bathrooms (one en-suite). It also has a front garden and a pool.

Former national director of public prosecutions (NDPP) Mxolisi Nxasana is representing two of the four men arrested in connection with Pinetown businesswoman Sandra Munsamy's kidnapping. Nxasana appeared on behalf of the SA men, who, with their Portuguese-speaking co-accused, appeared briefly in the Durban Magistrate’s Court on Monday. Magistrate Anand Maharaj said details and photographs of the accused were not to be made public. The defence teams agreed they would not apply for bail until the state provided them with a copy of the docket. Nxasana told the court the state had informed the defence that it would be furnished with any statements and confessions made by the accused to the investigating team. The matter was postponed to January 20 2020. The men will be held at Westville prison.

Reverend Purity Malinga has been inducted as the first female bishop of the Methodist Church of Southern Africa. Malinga was inducted at Beula Park International Conference Centre in Germiston on Sunday. She takes over from Bishop Ziphokuhle Siwa. She was elected in May through a ballot in which the 12 synods of the church cast their votes. Methodist priests Dix Sibeko and Jenni Samdaan welcomed Malinga’s election as bishop in an interview with the SABC. "We were overwhelmed when we heard her name is on top. We were singing zajiki’izinto [things are changing]," said Sibeko. Samdaan said Malinga is the 100th bishop of the Methodist Church of Southern Africa.

SAA said on Monday international flights had resumed and passengers would be able to fly to six destinations from Tuesday. The airline had to cancel domestic and regional flights from last Friday after thousands of workers affiliated to the National Union of Mineworkers and the SA Cabin Crew Association went on strike. Flights to Accra, Lagos, Lusaka, Maputo, Windhoek and Harare were set to resume on Tuesday. The airline thanked staff who decided to work despite receiving threats. SAA spokesperson Tlali Tlali said customers travelling to destinations in Africa would have their initial flights rebooked and would be contacted. Those seeking a refund or wishing to rebook on a future SAA service had until November 30 2019 to do so.

Kanya Cekeshe’s lawyer says the #FeesMustFall activist is suffering from “extreme” mental health problems. Cekeshe has been in Leeuwkop prison in Johannesburg since December 2017 after being sentenced to eight years, three of which were suspended, for public violence and malicious damage to property. He had pleaded guilty to setting a police vehicle alight during a fees protest in 2016. Last month, the Johannesburg Magistrate’s Court dismissed Cekeshe’s application for leave to appeal against his conviction. His counsel indicated they would appeal the decision in the high court. His lawyer, Wikus Steyl, confirmed on Monday that “Kanya is back in prison and was discharged from hospital. He is suffering from extreme mental health problems and is not getting the necessary medical treatment in prison.” Correctional services spokesperson Singabakho Nxumalo dismissed Steyl’s claim that Cekeshe was not receiving treatment behind bars.

The Lutheran Church is pleading for the return of rare religious artefacts stolen in Cape Town. In a week, thieves stole the church pulpit, a “beautifully engraved” brass baptism bowl and the brass communion set from the Evangelical Lutheran Church in Belgravia, Athlone. Pastor De Vries Bock, dean of the church in the Western Cape, said some of the items were 120 years old and worth about R200,000. “We noticed that the first items were missing last Sunday, and when I opened the church on Wednesday morning the other items were also gone.” Bock said there were no signs of forced entry and described the incident as a “walk-in”. “These people came specifically for these items. The sound system and the speakers are out in the open, but they didn't steal these.” 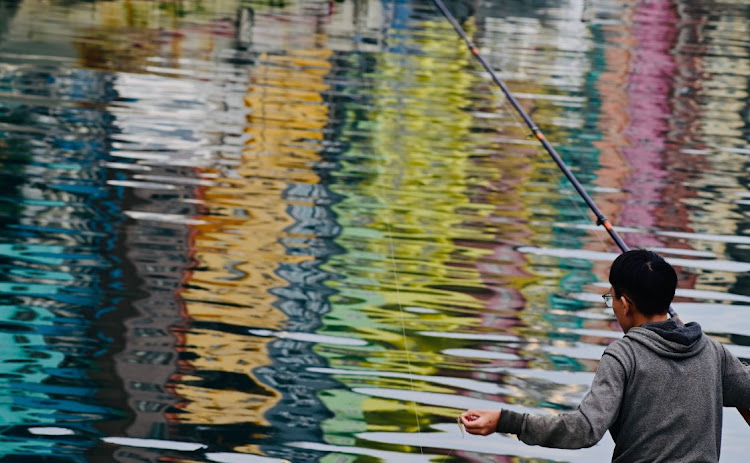 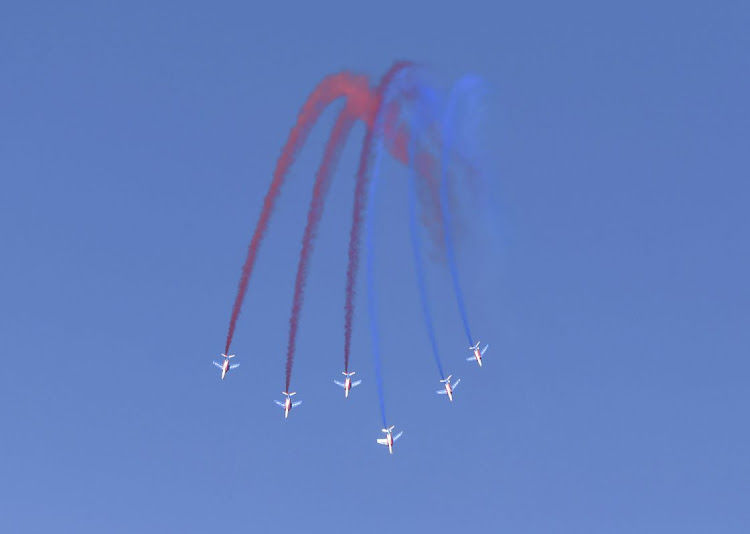 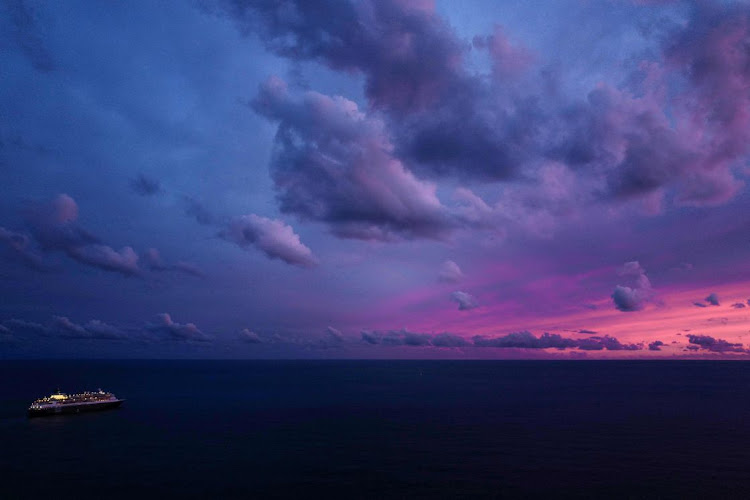 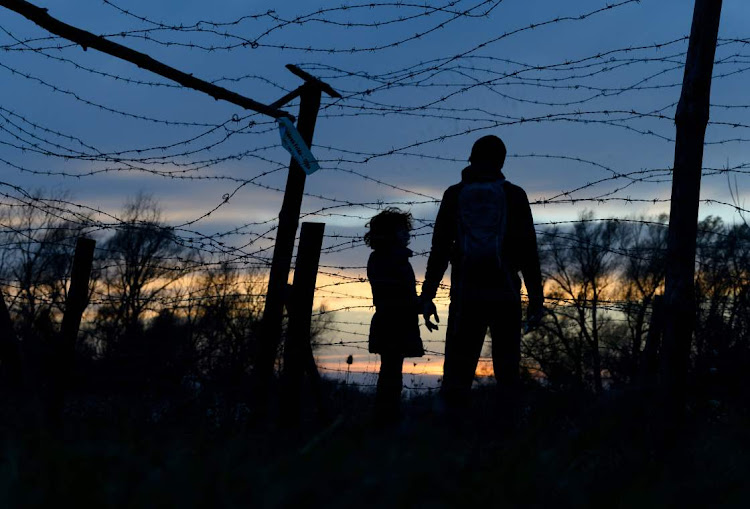 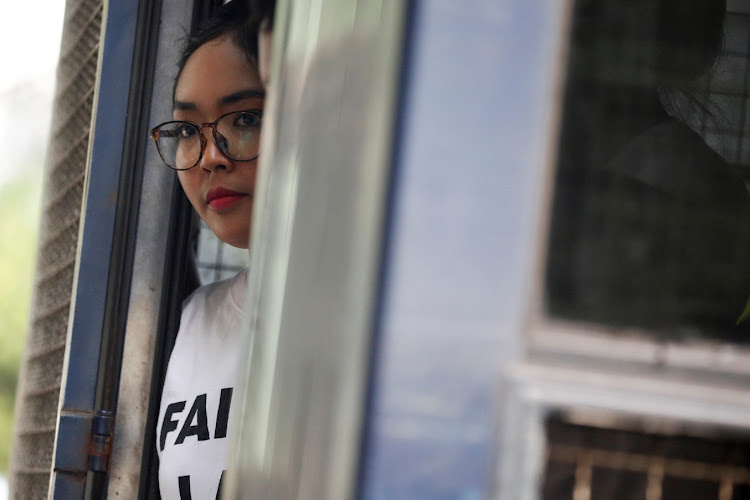 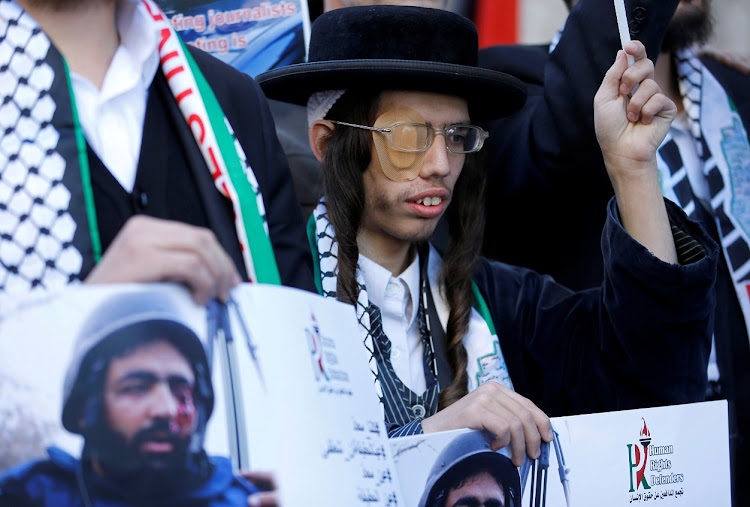 Robot versions of Japan's Olympic and Paralympic mascots thrilled hundreds of school children in Tokyo on Monday, striking sporting poses and displaying hearts in their electronic eyes. The event at a local elementary school was billed as a chance to showcase some of the technology Japan hopes will wow visitors at the Tokyo 2020 Games. About 600 pupils clapped and shouted "kawaii (cute)!" as the toddler-sized versions of the Tokyo 2020 Olympic and Paralympic mascots were unveiled. The futuristic-looking pair, Miraitowa and Someity, can show "feelings" in their gleaming eyes by displaying hearts or stars. – AFP

Pious buffoon explodes all over Pakistan

Featuring bumbling generals, assassination plots, and homosexual romance, Pakistani military satire A Case of Exploding Mangoes by Mohammed Hanif has finally been released in the country's official language, Urdu - even as the army tightens its grip on freedom of expression. The former fighter pilot turned journalist, novelist and librettist is best known for the 2008 novel which chronicles the final days of hardline dictator General Zia-ul-Haq's rule and the myriad conspiracies behind the plane crash that killed him in 1988. Zia, a pious and far-right dictator in real life, is portrayed by Hanif as a paranoid buffoon backing the Afghan jihad against the Soviets while battling a case of rectal worms. – AFP

Many children are injured by lawnmowers despite safety guidelines in place to prevent these accidents, and children in rural communities are most at risk, a US study suggests. Researchers examined data on 1,302 lawnmower injuries in children aged one to 18 years from 2005 to 2017. In cities, 1.47 children out of every 100,000 sustained lawnmower injuries, compared with 4.26 kids out of every 100,000 in rural areas, the study found. – Reuters

The soaring price of onions has forced Bangladesh to import planeloads of the bulbs, The Guardian reported an official as saying. As prices had soared to record highs, even the prime minister has dropped inions from her menu. The price spike comes after neighbouring India banned exports after heavy monsoon rains reduced the crop, the report said. One kilogram of onions usually costs 30 taka (about R5.30), but has now rocketed 260 taka. Onions, and particularly the price thereof, is such a sensitive subject in south Asia that shortages can have severe political ramifications. – Staff reporter

Oxford University said on Monday a golden ring given by Irish author Oscar Wilde to a close friend will be returned almost two decades after it was stolen from Magdalen College where he studied. Dutch art detective Arthur Brand recovered the ring and it will be handed back on December 4, said Mark Blandford-Baker, home bursar at Magdalen College. The 18-carat friendship band was jointly given by Wilde and fellow student Reginald Harding to William Ward in 1876 when they attended college. It was stolen in 2002 by cleaner Eamonn Andrews, who sold it for 150 pounds ($194). Its whereabouts have since been a mystery, but it was widely believed to have been melted down. It was worth roughly 35,000 pounds at the time. – Reuters

A miniature book written by the teenage Charlotte Bronte was bought at auction in Paris on Monday for €780,000 (R12.7m) by a British museum whose bid was boosted by an appeal from actress Judi Dench. Bronte wrote the unpublished manuscript, which is no larger than a matchbox, in 1830 at the age of 14. It was bought by the Bronte Parsonage Museum in the Brontes’ childhood home in Haworth, West Yorkshire. Dench, the honorary president of the Bronte Society, had urged the public to help bring the "little book home to Haworth" by donating money. The manuscript - with more than 4,000 tiny written words on paper stitched into a brown paper cover - had come up for auction once before, eight years ago, when it slipped through the museum's grasp and into a private collection. It comprises stories with characters from “Glass Town”, an imaginary world invented by Bronte and her sisters Emily and Anne. - Reuters

LASER-SHARP Demonstrators aim laser pointers at riot police during a protest against the government in Santiago, Chile.
Image: Claudio Reyes/AFP

Too Big To Fail? Why we can’t afford not to mend our SOEs

It is always tougher to fight and fix than it is to submit and fail, but there isn’t really a choice

As we steel ourselves for steps backward, so we inch forward

After a fairly dismal run in Johannesburg, management is now planning a return to London for a dual listing

Just for the record: Back to boozy Rod ’n’ roll

The dark and terrible colonial tracks of ‘The Night Train’

The fate of Mozambican miners doesn’t register on the scale of 20th-century misery, but by rights it should

Feel like Infecting the City? Be our guest, it’s a free-for-all

Car blimey: Vintage classics under the hammer in Joburg

If you don’t fancy an old Fiat or Humber, you might have to settle for a Ferrari, a Jag E-Type or a Roller

SPORTS DAY: It’s about Tom this winger played for ...

Blasts from the past: Joost in the Braam of his ...