No, Mmusi! Your new party will fail. Rather help Cyril fight the Zuma gang

FREE TO READ | He’ll go the bumbling way of Cope and Agang, when he really belongs in the Ramaphosa wing of the ANC

This is how I’m planning to put the DA back on track: Steenhuisen

New DA interim leader insists he didn’t stab Mmusi Maimane in the back, and explains why

Rugby-playing Beluga whale loves Boks. But is it foul play?

FREE TO READ | A man convicted of dry-humping a female student appealed his sentence. What really happened?

Be careful: when you buy online you’re on very shaky legal ground

FREE TO READ | Law hasn’t yet decided the nature of ads on social media. This has serious implications for consumers

Skeletons were in the closet. Now they’re in the suitcase

‘All we want is help, any kind of help’: refugees tell of double betrayal

Having fled unimaginable horrors in their own countries, now they face xenophobia and hostile Pretoria cops

Go on, you know you want to do it – get that Christmas tree up early

They wrote it this week: As the judge rammed it home, he got a nasty shock

Adolf Hitler presented himself as a lonely bachelor, so it was vital that Nazism cultivate a female face

A Roddy great romp: the truth about Margaret’s most ‘scandalous’ romance

As ‘The Crown’ depicts the princess’s affair with Roddy Llewellyn, her biographer offers his insight

One man, R3m and a six-year hunt

An Mpumalanga man is alleged to have stolen R3m from the provincial government, the Hawks have said. Capt Dineo Sekgotodi said the suspect had claimed to work for the Mbombela municipality and fraudulently opened a bank account using false particulars: “The Mpumalanga department of public works allegedly paid R3m into the said account, seemingly to settle an account owed to the municipality. It later emerged that the money was paid into the alleged fraudster’s account.” The Hawks’ investigation, using footage from the bank where the account had been opened, showed large cash withdrawals were made from ATMs and inside various bank branches in Gauteng. Six years later and the police were still looking for the man.

Seventeen black rhino from SA have been safely relocated to Malawi. The animals were released last week at the Liwonde National Park. “This is one of the largest international black rhino translocations to date, which was carried out in conjunction with WWF South Africa, Malawi’s department of national parks and wildlife, and Ezemvelo KZN Wildlife,” said Africa Parks CEO Peter Fearnhead. “Our shared vision is to bolster Malawi’s existing rhino populations and to support regional efforts to conserve this critically endangered species. “These rhinos were quarantined in KwaZulu-Natal ... for six weeks before being flown to Lilongwe, and were driven over eight hours to their new home,” he said.

Eight people died in a head-on collision between a bakkie and car on the R531 road between Hoedspruit and Swadini, Limpopo, on Saturday. One of two injured people taken to hospital died later. “It is alleged that a Toyota bakkie 4x4 single cab travelling from Swadini direction collided head-on with a Toyota Avanza travelling from the direction of Hoedspruit. Eight people died instantly,” said police spokesperson Brig Motlafela Mojapelo. The process of identifying the deceased was under way. The police endangered species unit was called to the scene after buckets containing snake skins, starfish, crabs and other dead sea creatures were found scattered about the crash site. Their origin was being investigated and a case of culpable homicide had been opened.

The trio behind PE renaming uproar

A KwaMagxaki man, a Khoi and San chief and a politician are behind the proposed name changes for Port Elizabeth, Uitenhage and the city’s international airport. The recommendation by the Eastern Cape geographical names committee that Port Elizabeth be renamed Gqeberha has caused an uproar among residents, with a petition titled “Keep the name Port Elizabeth” being circulated on social media. By Friday afternoon, it had about 19,000 signatures, reports HeraldLIVE. The other proposals - Uitenhage to be named Kariega and the Port Elizabeth airport to be renamed after Khoi and San chief David Stuurman - have also not gone down well with some residents. But the men proposing the changes - Boy Lamani of KwaMagxaki, former ANC MPL Christian Martin, and Khoi,and San chief Mervyn Allies - are adamant it is important not only for restorative justice, but to honour the Khoi, San and Xhosa people.

Police have warned people against reporting false cases of rape after a 21-year-old made spurious claims about her stepfather and now faces a charge of perjury in Gauteng. “Police would like to warn people who open false cases that it comes with unpleasant consequences. In the same tone, police are appealing to victims of rape not to be silent but report it as soon as possible,” said spokesperson Brig Mathapelo Peters. This comes after a 21-year-old woman, who is now a suspect, went to Benoni police station and alleged she had been raped by her stepfather. It was then established the case was based on a fabricated story. The woman was arrested for perjury and would appear in court soon.

A female rhino, her calf and two zebra were electrocuted when an Eskom electricity pylon collapsed at Tshwane’s Rietvlei Nature Reserve. The dead animals were discovered during a routine patrol on Saturday by Tshwane Nature Conservation officials, said MMC for environment and agriculture management Dana Wannenburg. “It is unknown what caused the collapse of the wooden pylons, but one leg of the two-legged structure failed about 1.5m above ground level, causing the overhead electricity cables to come into contact with the animals who were below it at the time,” said Wannenburg. Nature conservation officials would work with Eskom to establish the cause of the collapse and check the soundness of other structures supporting the affected overhead line. 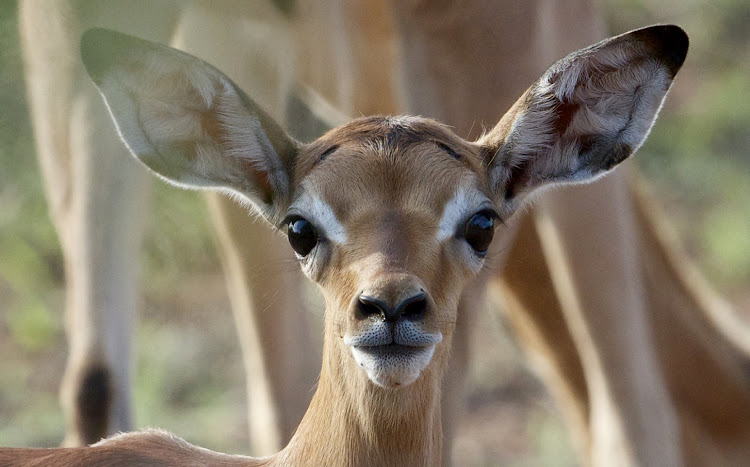 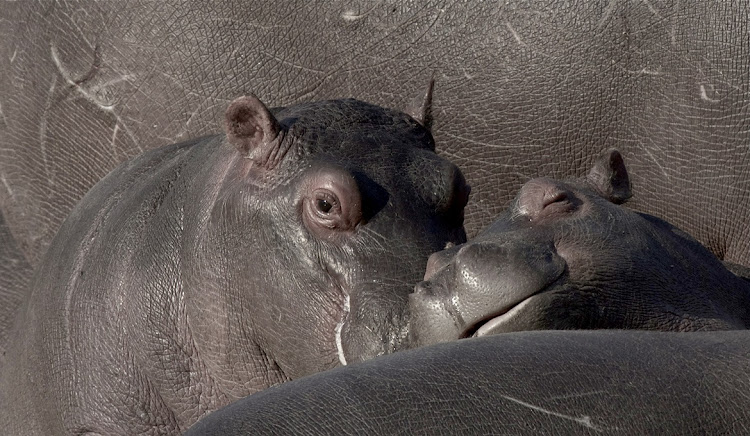 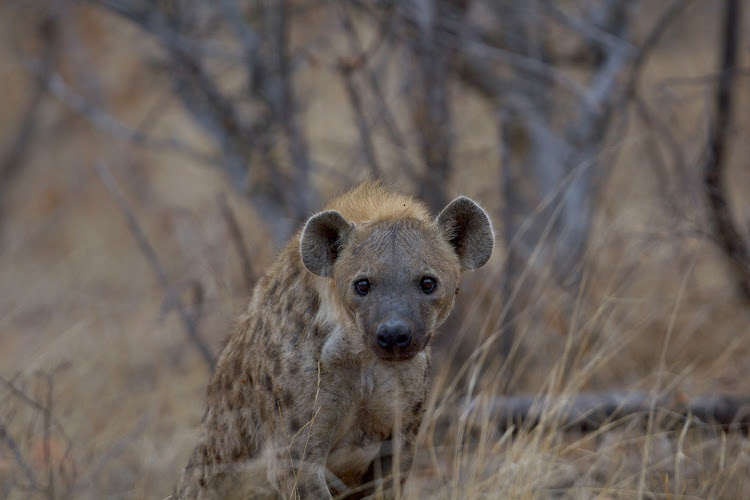 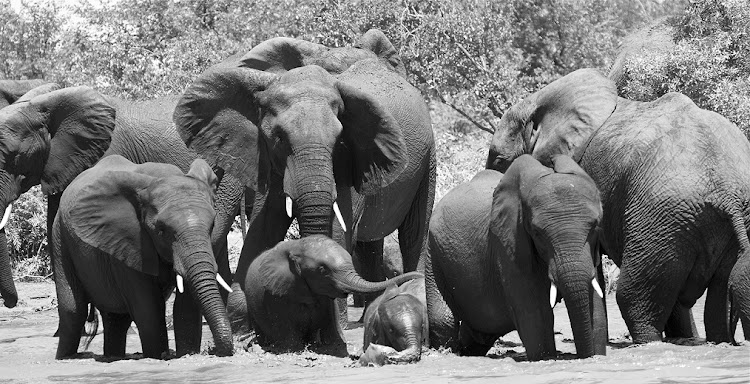 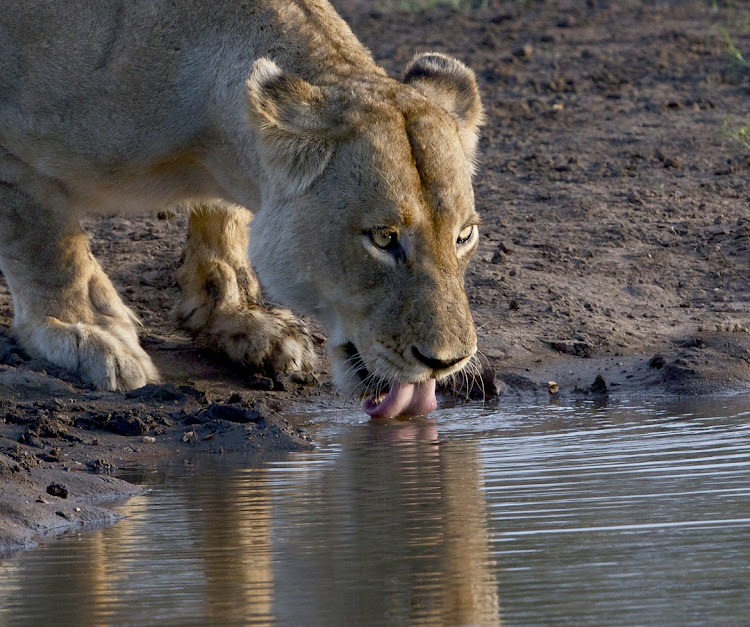 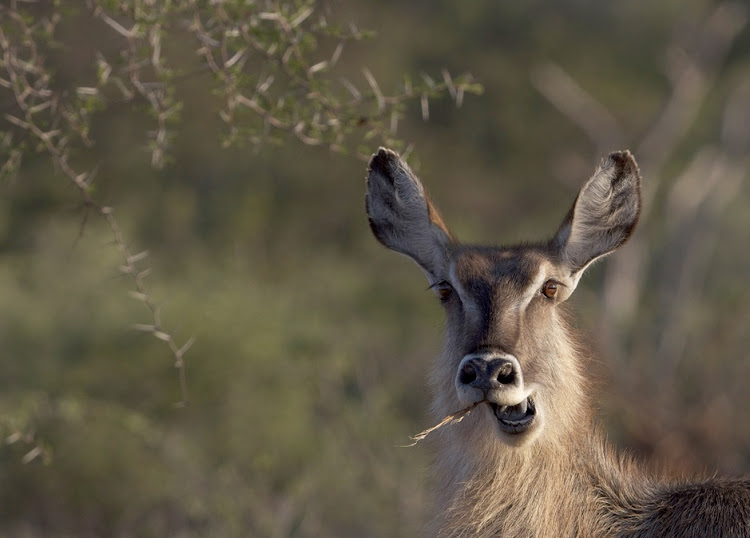 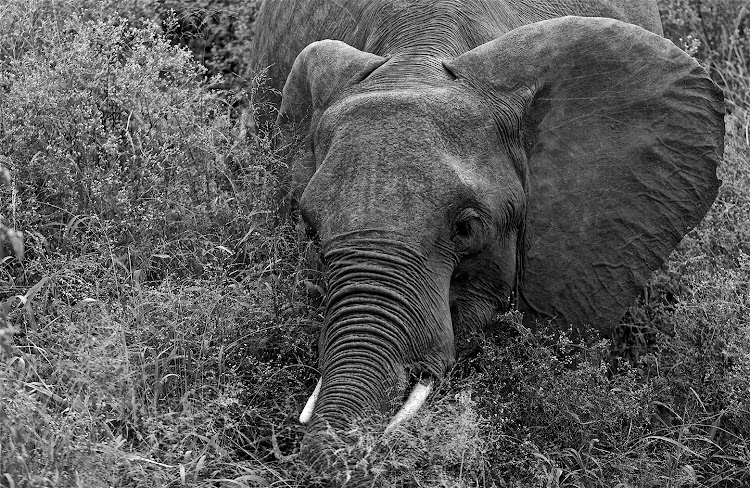 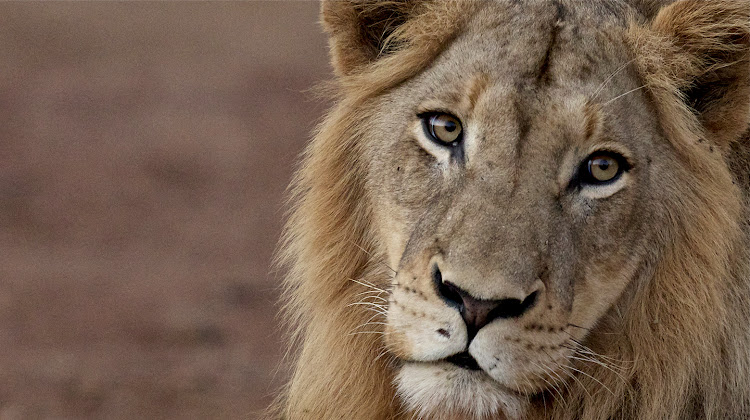 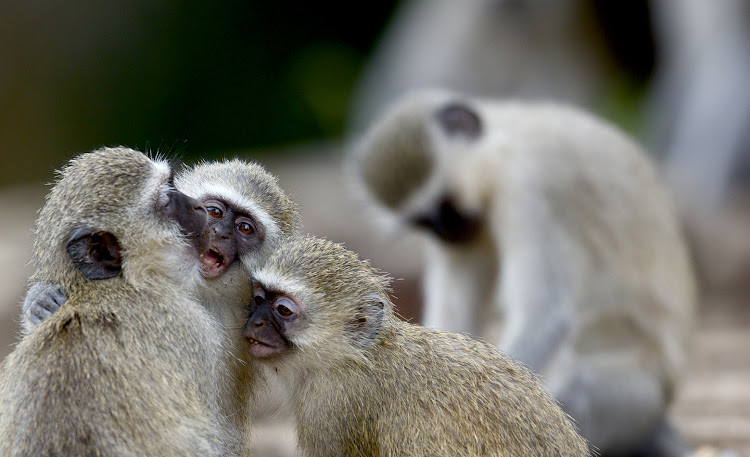 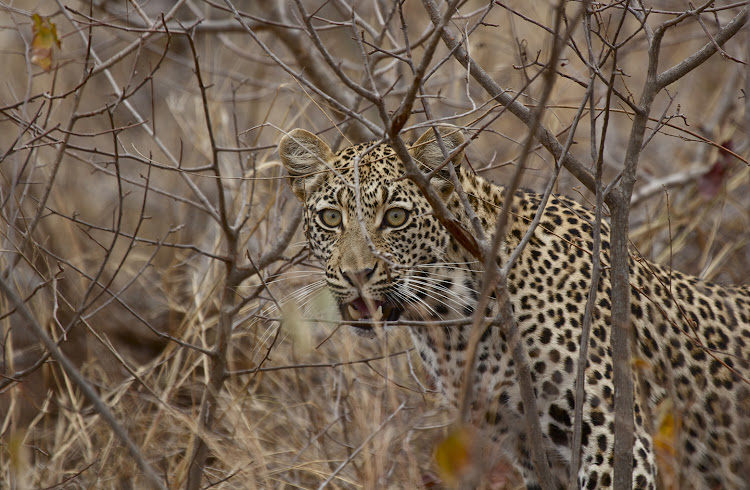 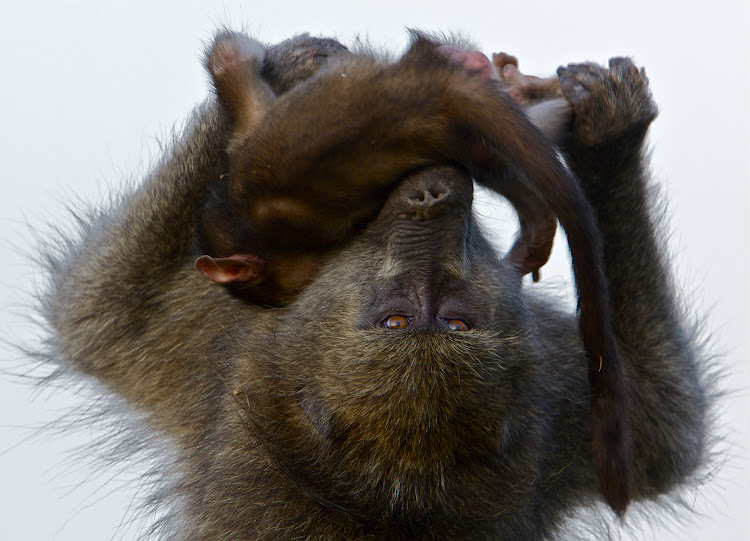 Like many royal apologies, the sorrow appears to be for the situation they’re in, not their own culpability

Cold war in the Valley: tech giants may be crawling with spies

Wind of change: why a new age of sail power will save the planet

Shipbuilders are going old school as the need to reduce carbon emissions kicks in – and because, well, wind is free

Two priceless Rembrandt paintings are feared damaged after they were found dumped in soaking, muddy undergrowth following a heist from a south London art gallery. Police were last week continuing to hunt the brazen thief, who is thought to have targeted the works of art in-order to claim a ransom from insurers. The paintings were stolen on Wednesday night from the Dulwich Picture Gallery, which has been hosting a major Rembrandt exhibition. – Telegraph Media Group Limited (2019)

No hope for an end to Aussie fires

Rising temperatures, lightning strikes and erratic winds are set to fan wildfires in Australia in the week ahead, officials said on Sunday, with emergency crews already working day and night to contain more than 130 blazes. New South Wales, where 367 homes have been lost in the past week, reported 56 fires burning with about half yet to be contained, fire services said. A heatwave forecast for this week is expected to heighten dangers in the state. - Reuters

We aren’t sending asylum seekers to jungle: US

The US government says it has no plans to send asylum seekers to remote regions in Guatemala after the country floated the plan during negotiations for a bilateral migration agreement. The two countries are finalising a deal that would allow the US to send asylum seekers who arrive at the U.S.-Mexico border, but who passed first through Guatemala on their journey, back to Guatemala to seek refuge there instead. The proposal raised concerns for the safety of vulnerable migrants in places that are potentially far from services. - Reuters

A rogue elephant named after the late Al-Qaeda leader Osama bin Laden has died in captivity after he was captured following a massive hunt in northeastern India. The male animal - nicknamed “Laden” - was tracked for days by forestry officers and tranquilised after a deadly October rampage killed five villagers. It was moved to Assam’s Orang National Park where officials planned to teach it to patrol wildlife parks, but it died early on Sunday. The cause of death was unclear. – AFP

Saudi Arabia on Sunday put a value of up to $1.71-trillion on energy giant Aramco in what could be the world's biggest IPO, but missed Crown Prince Mohammed bin Salman's initial target of $2-trillion. Aramco said it would sell 1.5% of the company in a blockbuster initial public offering worth $24-25.6bn, scaling down Saudi Arabia’s initial plan to sell up to 5% of the firm. The much-delayed offering rivals the world's biggest listing - the $25bn float of Chinese retail giant Alibaba in 2014. – AFP

Killer of thousands of birds is unmasked

Thousands of birds have died at India’s largest inland saltwater lake from suspected botulism. The 8,000 carcasses were found over the last few days in and around Sambhar Lake in Rajasthan. “Veterinary experts have indicated that the deaths occurred due to botulism,” the forest department said. Avian botulism, a naturally occurring neurotoxin activated in warm weather by bacteria in silt, is passed along to waterbirds through infected bugs, causing paralysis or death. It is not contagious to humans. - AFP

Watch out! Is Vitality’s Apple collaboration a Big Brother move?

Basic monthly increase of R1,000 seen as a good compromise for workers and three big producers

Funny you should say that about Trevor Noah

Nobody overspends on Black Friday, do they? Oopsy daisy

Blasts from the past: Thembi sneaks Banyana past Nigeria