WHAT THE SURVIVORS ENDURED, AND WHAT THE FUTURE HOLDS

I couldn’t save my daughter, says KZN mom who cheated death

Twister of fate: brace yourselves for more tornadoes in SA

FREE TO READ | They will become more frequent, say experts, but that’s not where the bad weather news ends

Beloved pets and livestock swept up in deadly storm

Race and kids 101: how to raise them to save SA

Kieswetter says Mkhwebane’s demand for ex-president’s tax case was unlawful, so he was forced to take her to court

Showers of blessings as Zapiro gets top French award

Unions threaten ‘mother of all strikes’ at SAA

National carrier SAA has been hit with a strike notice. The National Union of Metalworkers of SA (Numsa) and the SA Cabin Crew Association confirmed they had issued SAA " a 48-hour notice to strike", which meant " we will be embarking on the mother of all strikes at all SAA and SAAT [SAA Technical] operations nationally, beginning on Friday morning November 15 at 4am”. Those participating would be SAA cabin crew as well as check-in, ticket sales, head office, technical and ground staff. This comes after the airline announced on Monday it had informed 5,146 employees it was embarking on a restructuring process that could lead to job losses. SAA board member Martin Kingston told parliament’s public accounts committee on Wednesday that any strike would cost SAA R50m a day.

Two men suspected of poaching were shot dead in clashes with rangers in the Hluhluwe-iMfolozi Park in KwaZulu-Natal on Tuesday morning. Ezemvelo KZN Wildlife said on Wednesday the alleged poachers confronted rangers at about 7am in the park's Masinda area. During an exchange of gunfire one of the men was shot and killed, while the other two escaped. Other rangers called in to assist came in contact with the suspects a short while later. One of the men pulled a knife on a ranger, whose colleague then fired a shot “when he realised that the life of his colleague was in danger”, said Ezemvelo spokesperson Musa Mntambo. The third suspected poacher is still on the run.

Former Eskom and Transnet chief financial officer Anoj Singh was a no-show at his disciplinary hearing which began in Sandton on Wednesday morning. Singh is facing 18 charges for breaching a multitude of SA Institute of Chartered Accountants (Saica) bylaws. The 18 charges of dishonesty and gross negligence that Saica slapped Singh with relate to his conduct at both parastatals between 2012 and 2015. He had a relationship with the Gupta family, which linked across his tenure at both companies. The Guptas are at the centre of state capture allegations. Saica has already suspended his membership but the disciplinary hearing may pave the way to have him completely deregistered as a chartered accountant. The disciplinary hearing will continue in his absence until Friday.

DNA results are still outstanding in the kidnapping case of six-year-old Amy’Leigh de Jager, the Vanderbiljpark Magistrate’s Court heard on Wednesday. Prosecutor Luanda Ngcobo asked for a postponement to January 9 2020 to obtain a date for the case to be heard in the High Court in Johannesburg. The accused, Tharina Human, 27, Pieter van Zyl, 50, Laetitia Nel, 40, and Bafokeng Molemohi, 24, made a brief court appearance. At their last appearance, bail of R25,000 was granted for Nel, a mother of two. Human and Van Zyl were denied bail, while Molemohi abandoned his bail application.

A former Bryanston High School sports coach accused of sexual assault has turned to the national director of public prosecutions (NDPP) in a bid to have his case thrown out of court. The 33-year-old was dismissed from the school in March after a disciplinary hearing in which he was found guilty of sexually harassing three pupils, and of financial mismanagement. The Wynberg Magistrate’s Court heard on Tuesday that the man had previously made representations to the DPP, but these had failed. “The matter has been escalated to the NDPP, who will hopefully uphold the previous decisions made thus far,” said Luke Lamprecht from Women and Men Against Child Abuse.

ArcelorMittal closure would be ‘catastrophic’

The impact of ArcelorMittal SA winding down operations at its Saldanha steel plant early in 2020 will be catastrophic for the region, about 100km north of Cape Town. An estimated 900 workers will be left jobless by the end of the first quarter of 2020 as the factory scales back production from 1.2 million tons of steel a year to none. The West Coast Chamber of Business has called for a meeting with stakeholders in the steel industry, warning about the impact of the closure. Chamber chair Shanah Damonse said it would be catastrophic. She said those who were retrenched and their families would be in strife, and there would be a ripple effect on several small businesses involved in the Saldanha steel industry, leading to even more job losses. ArcelorMittal said it was closing the plant because it could no longer compete in export markets.

Hector Mkansi and Nonhlanhla Soldaat rose to internet fame after a video of Mkansi proposing at his local KFC emerged on November 2. The 'KFC couple' spoke to us about their special proposal and their upcoming dream wedding. 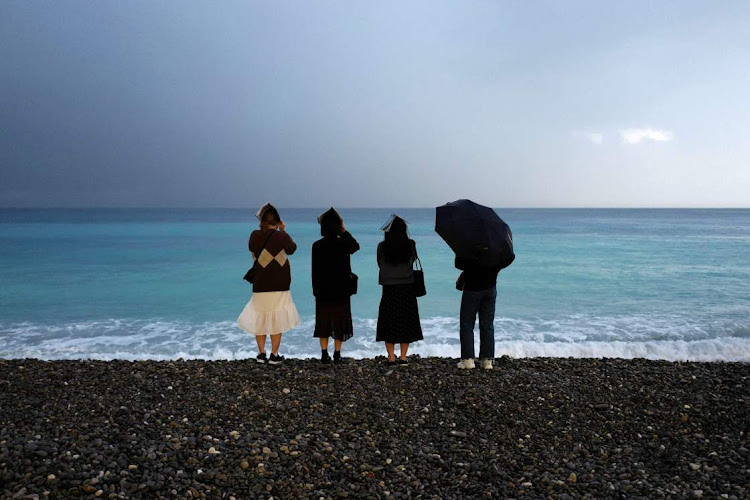 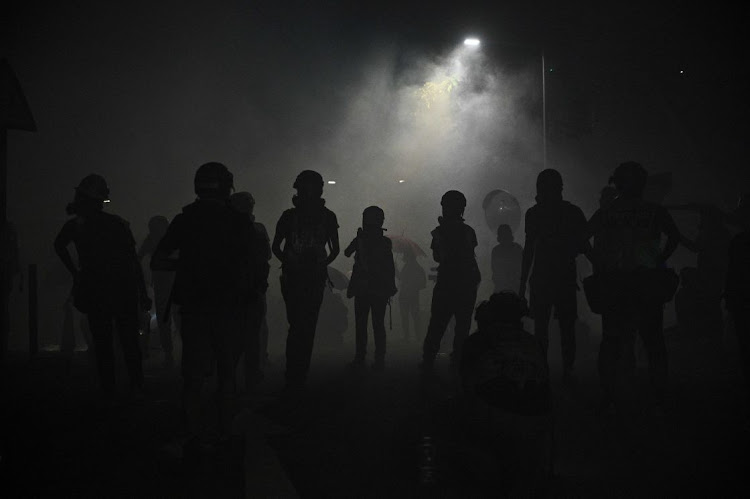 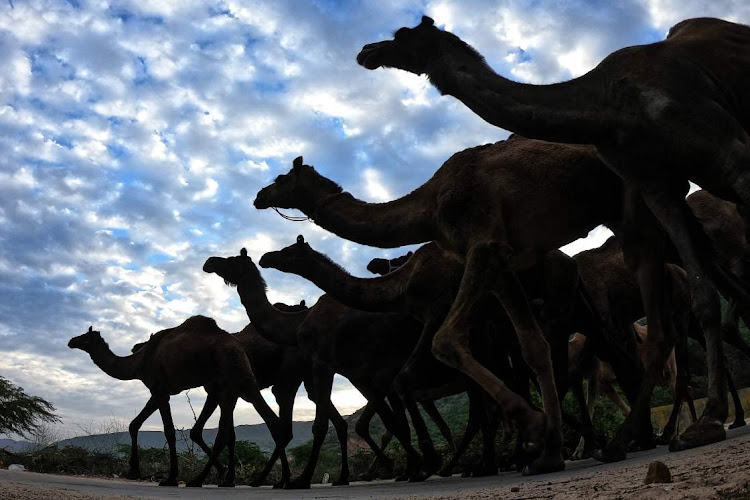 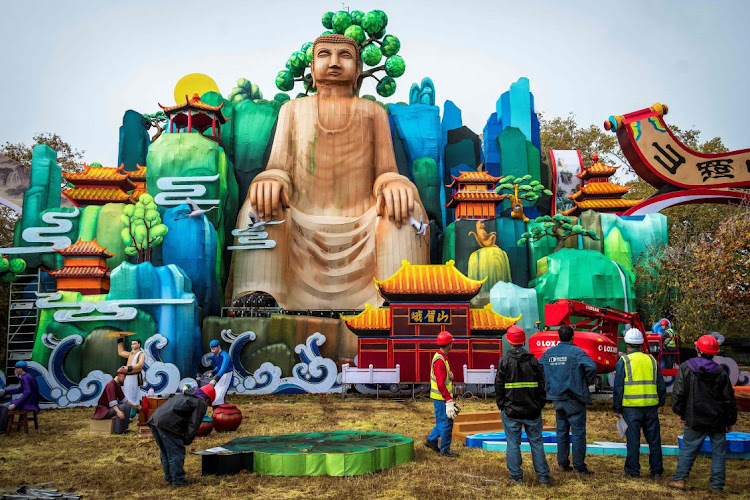 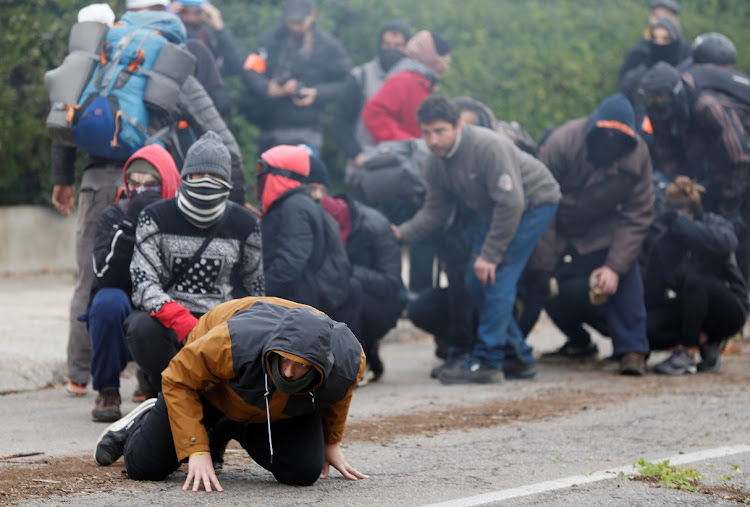 How many fighter jets would it cost to stop women dying in childbirth?

Should computers be subject to the same basic rule as kids sitting maths exams? One furious entrepreneur thinks so

An unexpectedly high number of people confess to being shy. This is what it feels like to be one of them

The non-smoking rancher who became the original Marlboro Man

Bob Norris, who embodied all-American machismo for the successful ads, was put off by the photoshoots

Every breath you take, I’ll be washing you

As New Delhi remained shrouded in toxic smog on Wednesday, India’s top court censured the federal government for its inaction. Cooler temperatures and lighter wind trapped heavy smog over the Indian capital, pushing pollution to ‘severe’ levels in many places with no immediate relief in sight. The overall air quality index in Delhi was 494. The index measures the levels of airborne particles that can reach deep into the lungs. Anything above 60 is considered unhealthy. As air quality remained hazardous, Prince Charles was in New Delhi on a two-day visit focusing on climate change, sustainable markets and social finance. He was seen everywhere in open areas with a protective mask. — Reuters

A fine time to leave me, loose wheel

Germany’s air force said on Wednesday it had refused delivery of two Airbus A400M transport planes over safety concerns, saying bolts holding the propellers on some already operational aircraft were loose. Repeated technical problems have dogged the A400M programme, a turboprop transport aircraft developed jointly for Belgium, Britain, France, Germany, Luxembourg, Spain and Turkey. Now, routine checks on some of the Luftwaffe’s 31 planes have found ‘not all 24 nuts per propeller had the correct tightening torque’, the air force said. ‘If these problems are not identified and corrected, they can cause severe structural damage to the propeller and shaft.’ — AFP

Zimbabwe is banning the installation of new electric water heaters in a bid to save power, at a time when the country is enduring rolling blackouts lasting up to 18 hours a day. Power cuts have been exacerbated by low dam water levels at Zimbabwe’s biggest hydro plant following a severe drought and constant breakdowns of coal-fired generators, hitting mines, industry and households. New regulations said the country’s electricity supplier will no longer be allowed to connect power to premises without solar water heaters. Besides electricity cuts, Zimbabweans have to contend with shortages of fuel needed to power generators. — Reuters

He could have stolen anything, but Budweiser?

The state of Georgia was scheduled to execute a man who was convicted of fatally shooting a convenience store clerk before stealing two 12-packs of beer with an accomplice more than 20 years ago. On April 10 1994 Ray Cromartie (now 52) borrowed a gun from his cousin and with his friends Corey Clark and Thaddeus Lucas went to Junior Food Store in Thomasville to steal beer. When Cromartie and Clark entered the store, Cromartie shot Richard Slysz twice in the head, killing him, prosecutors said. The men tried to open the cash register but were unsuccessful. Cromartie then took two packs of Budweiser beer and fled with Clark, according to court papers. He was arrested three days later. — Reuters

Singapore’s top court on Wednesday heard the first legal challenges to its colonial-era gay sex law since similar legislation was scrapped in India last year, an issue that divides the socially-conservative city-state. Three activists are arguing that Section 377A, a rarely-used law under which a man found to have committed an act of ‘gross indecency’ with another man could be jailed for up to two years, was unconstitutional. The law does not apply to lesbians. Previous efforts to repeal the law in 2014 failed, but activists have been emboldened by the landmark Indian ruling, polls suggesting attitudes towards homosexuals are changing, and a perceived softening in tone from establishment figures. — Reuters

Venetians woke on Wednesday to devastating scenes after the highest tide in 50 years washed through the historic Italian city. Shopkeepers on the Grand Canal raged against those who have failed to protect the city from the high tide, blaming corruption for the much-delayed barrier protection system that could have prevented the disaster. The famed St Mark’s Square bore the brunt of the flooding. Tourists lugging heavy suitcases waded through the submerged alleys as water taxi and gondola drivers baled sewage-tainted water out of their trashed vessels. The exceptionally high waters peaked at 1.87m. Only once since records began in 1923 has the water crept even higher, reaching 1.94m in 1966. — AFP

BULL’S EYE: If Jack Reacher was a precious metal ...

Speculation swirls that a buyout is in the offing

For all the threats by Amcu, negotiations have gone smoothly in the platinum sector

Skin in the game: The summer grooming guide for guys

‘Succession’ chic: It’s just one cool thing after another

By dropping Sterling, coach might have dropped the ball

Blasts from the past: Twickers not kind to SA on 1992 return