The e-tolls deadline is upon us. What sort of plan can we expect?

‘Yes, I raped my daughter, but it wasn’t so bad.’ High Court disagrees

Face to face with the science behind the Sutherland skeletons

FREE TO READ | Meet the biomedical engineer for whom the digital recreation of their faces became a ‘spiritual’ ...

Lifelike limb in harbour stumps long arm of the law

‘We were so close,’ says daughter of couple killed by storm

As a family grapples with a double tragedy, KZN braces for more devastation as rains batter the province

Small wonders: dying wishes are often about the simple things

Don’t knock hiccups – they taught you how to breathe

The Berlin Wall’s fall 30 years ago changed the world forever, and it was all thanks to a flustered apparatchik

FREE TO READ | Saudis own a big piece of the e-hailing boss, so his change of heart on killing journos was a surprise

All I want for Christmas ... is to boycott the whole secular thing

To halt the tacky cultural appropriation of our religion, it’s time Christians waged war on these premature festivities

DA parliamentary leader John Steenhuisen has come out in support of the party’s review report, which led to Mmusi Maimane’s resignation as head of the DA. Speaking to Eusebius McKaiser on Radio 702 on Tuesday, Steenhuisen said he did not believe in collective responsibility and that the buck stopped with the party leader, no matter what: “It doesn’t matter where things went wrong, the buck stops with the leader.” When a party had a bad election result leaders the world over took responsibility and stepped down, he said. Steenhuisen will go head-to-head with Gauteng MPL Makashule Gana to replace Maimane as interim party leader at this weekend’s federal council meeting.

Four gunned down just before dawn in Cape

Four people were gunned down at a home in Mitchells Plain, Cape Town, in the early hours of Tuesday. Police spokesperson Brig Novela Potelwa said anti-gang members had been sent to the house to comb the scene for clues. Three men and a woman aged between 30 and 32 were killed. “Reports indicate the victims were in a house in Hazeldene Street in Portlands when a vehicle pulled up and three suspects got on to the premises and fired multiple shots before they fled. Investigations by detectives are looking into all possibilities, including indications this could be gang related,” Potelwa said.

Baboon bagged at Sandton hotel to be freed

A male baboon that was on the run in Johannesburg has finally been captured - after "booking into" a Sandton hotel. The baboon was spotted by residents in Bryanston, Fourways and Sandton at the weekend. Community Led Animal Welfare (Claw), Wild Serve and the SPCA were tracking the baboon's movements in an attempt to safely capture the primate and release him into the wild. Claw’s Cora Bailey said on Facebook on Monday evening that the baboon had been captured. It had been caught at the Capital on the Park Hotel in Sandton. He had been given a buffet as part of a “trap”. The baboon is expected to be held temporarily at a rehabilitation centre before being released into the wild.

Gauteng's health department is the worst in the province when it comes to non-payment of suppliers, with 987 businesses owed a combined R1.9bn dating to 2014. This was revealed in the legislature by health MEC Bandile Masuku in reply to questions by DA MPL Jack Bloom. Masuku said 236 businesses that provided services to the department two years ago were owed R1.3bn. In addition, R103m was due to 128 service providers for work done three years ago, and close to R300m was owed to more than 500 companies for services provided in 2018. Masuku said that, historically, the department had “cash flow challenges as a result of cash which was not aligned with budget. This resulted in the department's inability to pay some suppliers in full, and in being unable to comply with the PFMA requirement of payment of suppliers within 30 days,” he said. Bloom said there was no excuse for "this non-payment culture".

The announcement by SA Airways of looming retrenchments was a veiled threat to get workers to drop their demands for wage increases and for the removal of the SAA board, say two unions. The National Union of Metalworkers of SA and the SA Cabin Crew Association spoke out on Tuesday after an announcement by the airline on Monday that it had told 5,146 employees it was embarking on a restructuring process which could lead to job losses. The unions condemned the airline for revealing its intention to restructure and retrench workers through a media statement. The National Transport Movement earlier accused the airline of "abandoning" ordinary workers.

Adam Catzavelos, who caused an uproar after using the k-word in a video recorded on holiday abroad, wants to enter into a plea bargain with the state. Catzavelos appeared in the Randburg Magistrate's Court on Tuesday. His lawyer, Lawley Shein, said he intended to enter into a yet-to-be-negotiated agreement with the state. On Tuesday the National Directorate of Public Prosecutions dismissed Catzevelos’s application for the charges to be dropped. After initially unsuccessfully making representations to the Gauteng director of public prosecutions, Catzavelos turned to the NDPP in a second bid to avoid prosecution. The case was adjourned until December 5. "We are going to enter into a ... plea bargain which has to be negotiated. That is the process we are busy with now. Hopefully this case will be behind Mr Catzavelos on December," Shein said outside court.

A baboon was captured at the Capital on the Park Hotel in Sandton on Monday after being spotted in Bryanston, Fourways and Sandton at the weekend. 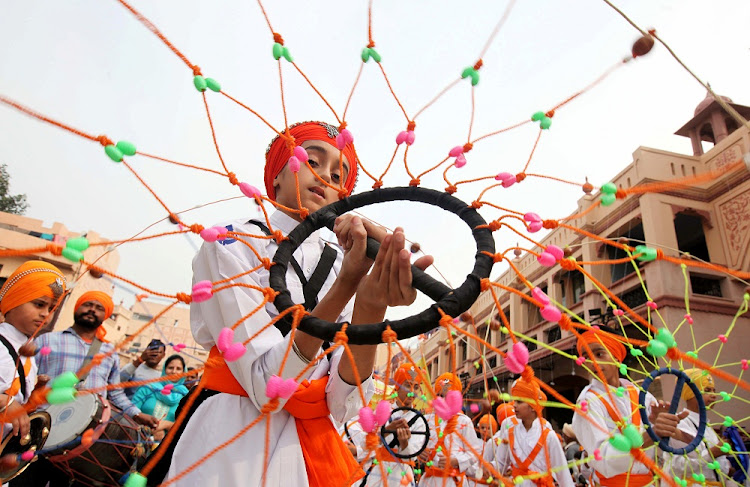 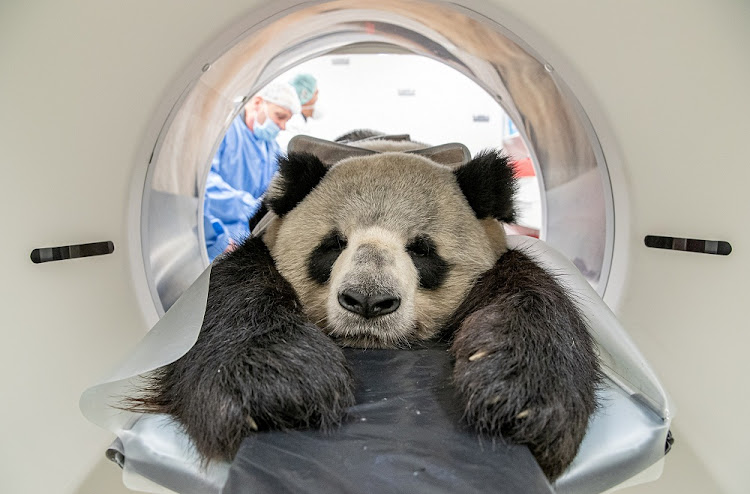 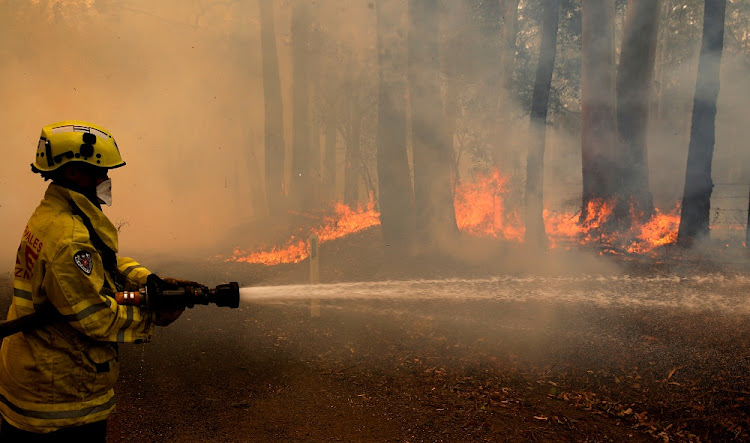 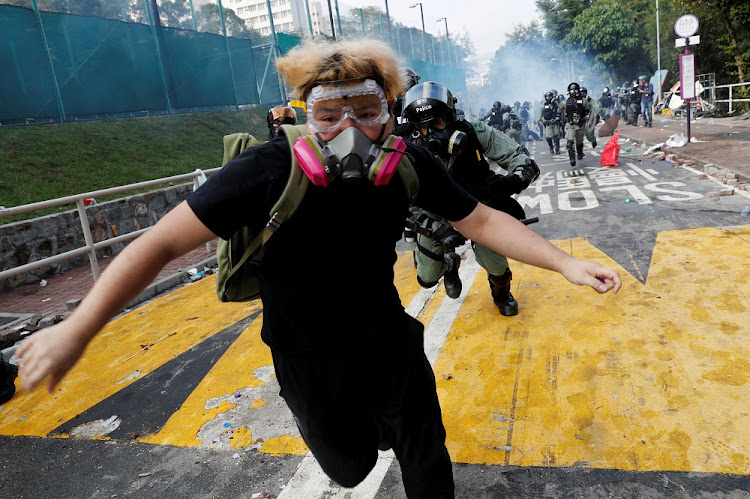 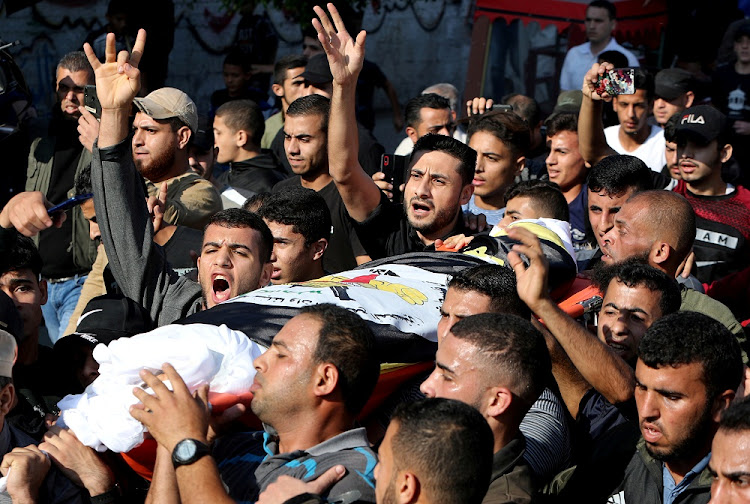 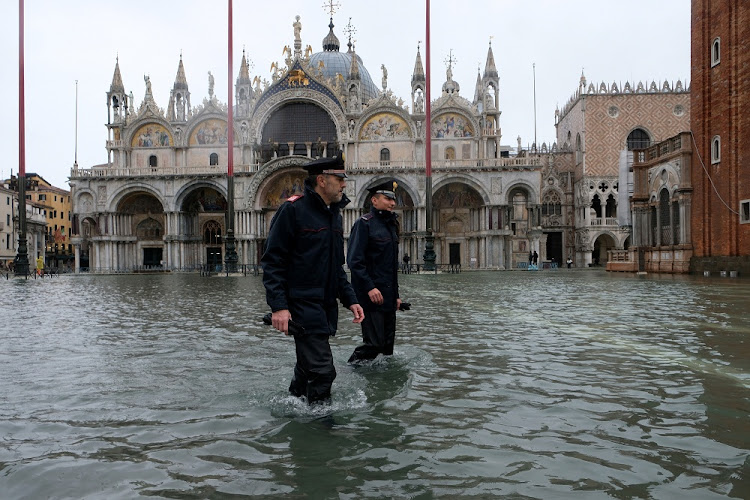 ‘Alexa, tell me my deepest desires’: yep, she’s getting a lot brainier

That snack with a vegan halo might need a health warning

A meat-free meal doesn’t mean it’s better for you, so we asked nutrition experts to put five favourites to the test

Ratings agency Moody's has issued a debt downgrade warning to the entire world on fears that political turmoil from Westminster to Hong Kong poses a threat to the economy. It cut its global sovereign outlook to “negative” from “stable” for 2020, cautioning that “disruptive and unpredictable” politics was worsening the slowdown in growth. – Telegraph Media Group Limited (2019)

Those Catalans don’t give up easily

Catalonia's regional parliament approved on Tuesday a non-binding motion expressing the will to exercise self-determination, defying a warning from Spain's Constitutional Court. The motion calls for political action but has no legal effect. Catalan pro-independence parties hold a majority in the chamber. The Spanish court has warned that Catalan lawmakers would face legal consequences if they pushed forward with the motion. - Reuters

A flash mob sprang up in the heart of Hong Kong’s financial centre on Tuesday, hours after police fired tear gas at a university campus and territory-wide transport disruptions wreaked commuter havoc in the Chinese-ruled city. More than 1,000 protesters, many wearing office clothes and face masks, rallied in the CBD for a second day, blocking roads below some of the city’s tallest skyscrapers and most expensive real estate. - Reuters

More than 50 people, mostly children, were injured by a man who broke into a kindergarten in southwest China and sprayed them with corrosive liquid, authorities said Tuesday. The suspect, a 23-year-old surnamed Kong, entered the kindergarten on Monday by climbing a wall before spraying victims with sodium hydroxide. “Because his parents divorced during his childhood, the lack of family warmth resulted in psychological distortion,” said local authorities. - AFP

Former US president Jimmy Carter was hospitalised on Monday for a procedure to relieve brain pressure after recent falls. The 95-year-old spent three days in hospital last month after suffering a pelvic fracture. “President Carter is resting comfortably, and his wife, Rosalynn, is with him,” a statement said. - AFP

A Yemeni man stabbed three actors at a performance in the Saudi capital on Tuesday, in the first such attack since the ultra-conservative kingdom began easing decades-old restrictions on entertainment. The knife-wielding assailant was arrested after state TV footage showed him storming a musical performance in Riyadh’s King Abdullah Park by what appeared to be a foreign theatre troupe. Police said the victims were in stable condition. – AFP

Which one has the languishing share price, while the other is looking decidedly over-valued?

The glass may be half full, but that’s because it’s leaking

The tissue segment ought to be flushed away by Novus

Recent results are not to be sneezed at, but focus should be on core printing and packaging divisions

What’s the difference between phlegm and salad dressing?

FREE TO READ | Why cough up for awful store-bought concoctions? You’re better off making it yourself, and it’s so easy

Using your loaf: If I can learn how to bake bread, anyone can

FREE TO READ | Baking wholesome, fresh bread is not as difficult or complicated as it may seem

Wild things, I think I love you

FREE TO READ | Magical Makgadikgadi and Meno A Kwena, Botswana

Fancy some really posh new hooch? Splash out on these

SPORTS DAY: No TV for Ghana match, but Sudan game is on

FREE TO READ | Cape Town gave its raucous approval but the homeless, addicted and poor will not be saved by a cup win

Blasts from the past: Bok Tri Nations win means zip to Irish