FREE TO READ | Politicians who profit from hate need a history lesson, as the rest of SA want our kids to soar like Siya

Drought is so bad, farmers have almost stopped buying tractors

Planting of crucial crops has been delayed, while farmers drastically cut spending on farm equipment

As former president thanks SA for well wishes, the state capture commission says he's given no evidence of illness

How can SIM-swap fraud still be happening?

FREE TO READ | Cases have me dropping my head in despair, but cellphone networks often deny liability

How 250,000 young South Africans have found their calling

They wrote it this week: Who’s best, Kate or Diana? The verdict is in

Capitalism is far from triumphant 30 years after the wall fell

System needs a makeover as West has become far too tolerant of monopolies, oligopolies and other restrictive practices

Erasing Margaret Court from history is ‘cancel culture’ at its worst

The tennis legend’s harsh views make her hard to take, but we should still remember her many feats

wall flower Fireworks explode over the Brandenburg Gate to mark the 30th anniversary of the fall of the Berlin Wall.
Image: Annegret Hilse/Reuters

The SA Weather Service (SAWS) has warned that the country's drought concerns are far from over, as the country heads into a hot summer with below average rainfall. Many parts of the country, including Limpopo, KwaZulu-Natal, the North West, Mpumalanga, the Eastern Cape and the Northern Cape, have been in the grip of crippling drought conditions for the better part of the last two years, and the medium-term prognosis is not positive for agriculture in the areas. SAWS suggested that early forecasts indicated the probability of below-average rainfall for the western to central parts of the country, with “higher than normal” temperatures to be expected.

Door-to-door raids by police have resulted in nine arrests and the recovery of 53 large LED TV sets that were looted during a community protest in De Doorns in the Cape winelands past week. The protest led to the closure of the N1 between Touwsriver and De Doorns on Thursday after two trucks came under attack and their consignments were looted on Thursday Scenes of protesters carrying away large boxes containing TVs from one truck and an assortment of condiments from the other were captured in videos and pictures that went viral on social media.

KwaZulu-Natal police said on Sunday a social media story about officers helping a boy who had been caught stealing - by helping him out with groceries instead of arresting him - was not quite true. Spokesperson Brig Jay Naicker said the child was a girl, and she hadn’t been accused of theft. She had approached police at the Durban railway station for help after a fight with her mom. She said she had been chased away from home by her mother after an altercation about clothes. “Police then took the child to her mother in Dassenhoek … the mother confirmed the story. The police then took the child to a granny in Umbumbulu … the granny was living in extreme poverty and the house was not in a very good condition. First they arranged for clothing for the child, as she did not have clothes. They then arranged for groceries for the child and grandmother.”

Your job killing you? We’re about to find out

The National Institute for Occupational Health (NIOH) has launched a surveillance programme to find out if your job is killing you. Its “national surveillance project” aims to determine the increase in mortality from specific diseases within occupation groups, with heart disease prevalent among people in managerial positions. In the absence of national surveillance data, the project identified emerging mortality trends in the workplace using data from the SA National Burden of Disease Study, as well as registration data from Stats SA and the home affairs department.

The ANC Youth League confirmed on Sunday that party member Lethabo Nkoane was shot dead after an event in Hammanskraal on Saturday. Police and the league confirmed that the incident occurred outside Temba Stadium in Tshwane. The league's national task team said it was “disturbed and dismayed” at the violence “at an assembly of cadres of the ANCYL. Police spokesperson Brig Mathapelo Peters said Nkoane was 25. “Preliminary reports reveal that an argument broke out among some delegates during a political rally at the stadium, and this led to scenes of violence where the delegates allegedly started attacking each other.”

KwaZulu-Natal disaster management teams are on high alert after a warning was issued on Sunday for possible thunderstorms and localised flooding in the province. KZN co-operative governance and traditional affairs MEC Sipho Hlomuka said the warning came just two weeks after four people died in a lightning strike in Mkhuze, northern KZN. Hlomuka urged residents across the province to be cautious as bad weather still posed a serious danger. “Our disaster management teams are on standby in areas that are prone to flooding and they will be monitoring the situation,” said Hlomuka. Motorists and pedestrians in particular should be cautious. 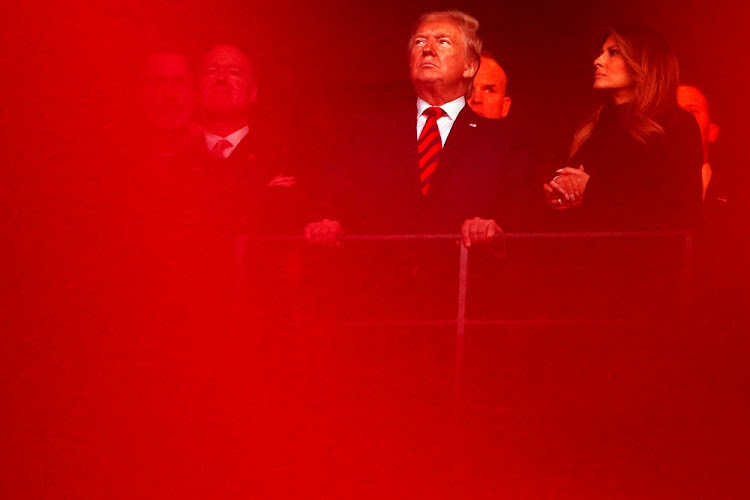 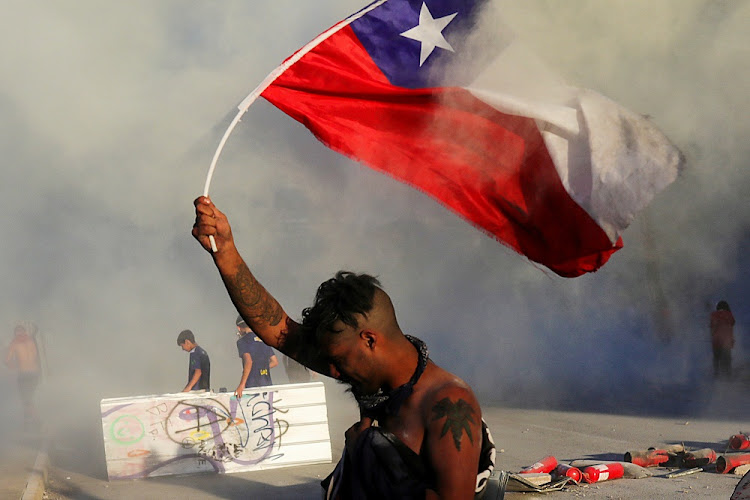 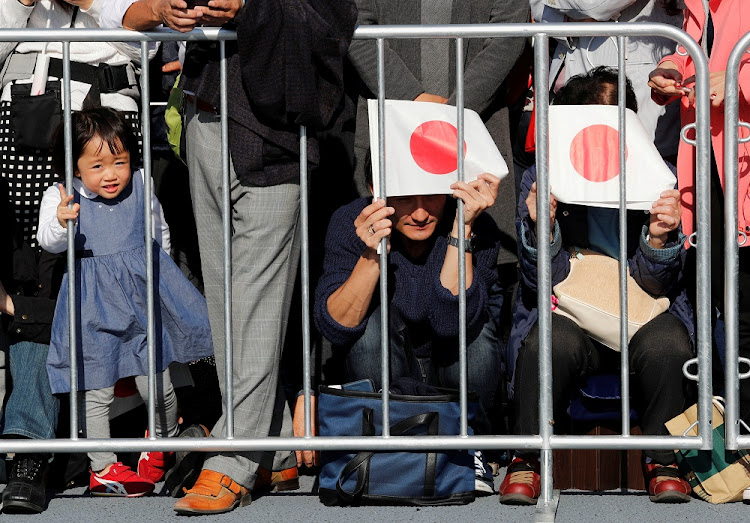 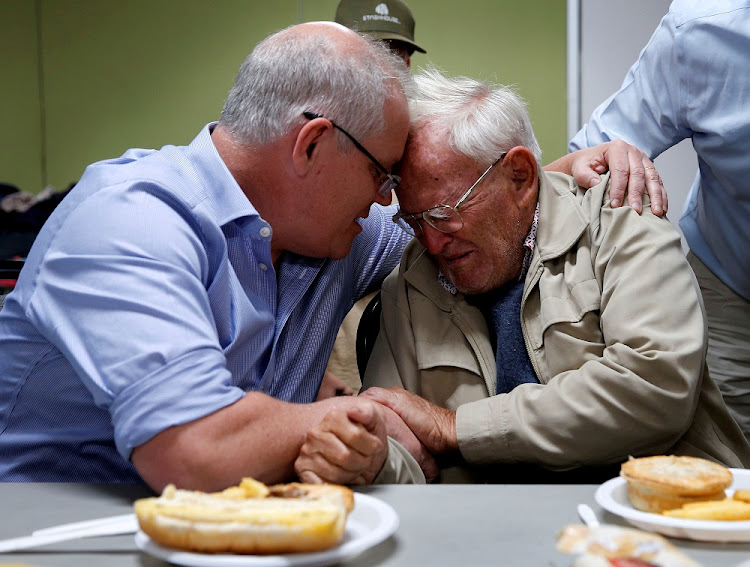 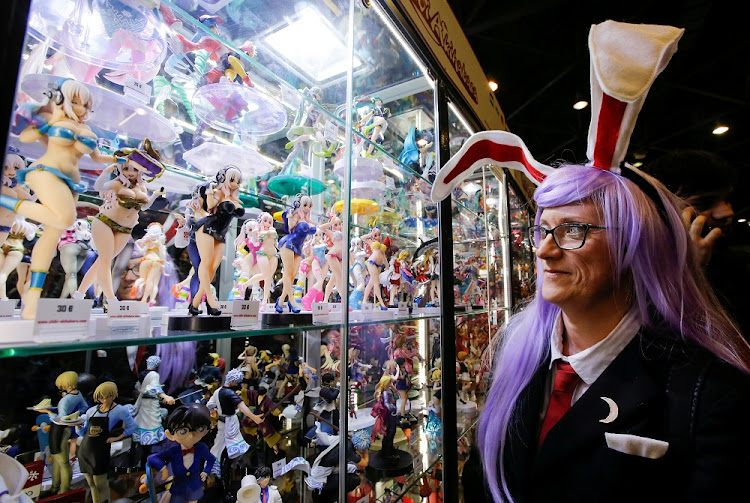 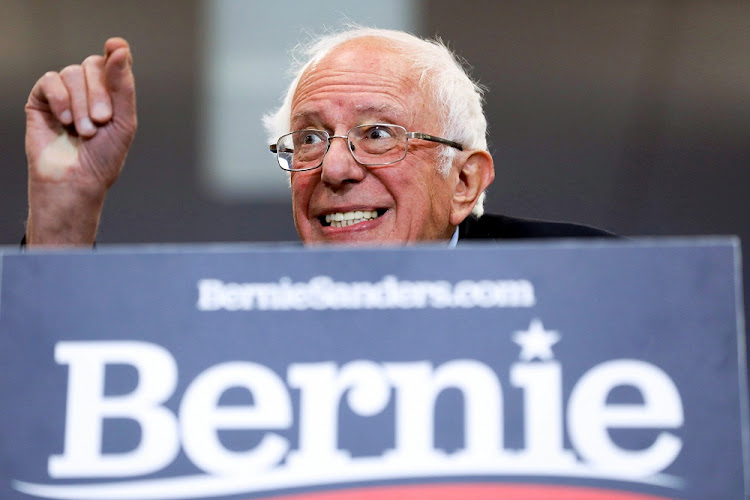 Senator Liliana Segre, who was sent to Auschwitz at 13, had called for an anti-racism motion in parliament

Poll winner takes the title of Her Tremendousness, ruler of a tiny town which inhabitants insist is not part of Italy

They may need a blatherskite in the great hunt for spindleshanks

bursting with pride Officers gather at the Independence Monument in Phnom Penh to celebrate the 66th anniversary of Cambodia's independence from France.
Image: Samrang Pring/Reuters

The heirs of two Holocaust victims have sued the Lehman Foundation in New York over a multi-million dollar painting, both claiming their families owned the painting before the Nazi era. The 1917 painting was bought by banking heir Robin Owen Lehman in 1964. In 2016, Lehman tried to sell the painting to raise money for his charity foundation. However, the move notified the two rival claimants to the painting's whereabouts. The heirs of Karl Mayländer, a Jew killed in Auschwitz, say he owned it before he was deported. But the family of another Holocaust victim, Heinrich Rieger, believe the watercolour belonged to Reiger before he was killed. The painting is being held in Christie’s and cannot be sold until the dispute is settled. – Telegraph Media Group Limited (2019)

Spanish health authorities have confirmed a case of a man spreading dengue through sex, a world first for a virus that until recently was thought to be transmitted only by mosquitos. The case concerns a 41-year-old man from Madrid who contracted dengue after having sex with his male partner who picked up the virus from a mosquito bite during a trip to Cuba. His dengue infection was confirmed in September and at first puzzled doctors because he had not travelled to a country where the disease is common. – Telegraph Media Group Limited (2019)

Russia’s ministry of justice cannot cancel thousands of Soviet-era laws because it has lost the paperwork, it has said. Prime minister Dmitry Medvedev ordered the repeal of thousands of obsolete but still enforceable Communist statutes in September. About 60% of the “zombie laws” have already been cancelled. But the ministry said it would not meet the November 15 deadline to repeal the remaining laws because it simply cannot find the original legislation. – Telegraph Media Group Limited (2019)

Tucking into steaming bowls of wild boar stew, Italian farmers staged an unprecedented protest outside parliament in Rome against the country's rapidly rising boar population. Around 1,000 farmers from across Italy said they faced a “national emergency”, with an estimated two million boar now rampaging through crops, devouring grapes in vineyards and digging up fields. Research attributed the growth in the boar population to a decline in the number of hunters, mild winters, reforestation and the intensification of crop production, which gives the animals more to eat. – Telegraph Media Group Limited (2019)

Chatting up to be banned in Oz state

People in New South Wales have been warned to avoid talking themselves up on dates as the state considers law reforms that would mean sexual consent obtained through lying would be invalid. The New South Wales Law Reform Commission has said: “We propose that the law should provide that a person who is fraudulently induced to participate in sexual activity does not, in law, consent to sexual activity.” Sydney University criminologist Andrew Dyer said: “It means you would have to be very careful in talking yourself up.” – Telegraph Media Group Limited

A right royal day in Japan

Japanese Emperor Naruhito and Empress Masako rode through central Tokyo on Sunday in a motorcade to mark this year's imperial succession as well-wishers waved national flags and held up cellphones for snapshots of the smiling royal couple. Naruhito acceded to the throne in May. The parade was originally due to take place on October 22, when the emperor officially proclaimed his enthronement before dignitaries from about 190 countries, but it was postponed as Japan grappled with the aftermath of a devastating typhoon. - Reuters

If we have to take on more debt, let’s put it to work

If the Choo fits: Richemont looks to China to grow

Treat your digestion well and have a happier time away

Need a Lifti? Or just a little pick-me-up?

Why can’t movie stars rest in peace? Because too many people make too much money out of resurrecting them

Blasts from the past: Steyn debut can’t stop Irish