Zuma has to apologise to Hanekom, says court, but he refuses to give in

Sheep-shearers aim for SA sports award ... at a fast clip

FREE TO READ | We’re the best baa none, say shearers joining rugby and netball stars for the SA Sports Awards

Boks transform the way we think about transformation

FREE TO READ | Black players are world class when given the opportunity, which is why quotas have to remain

Drought breaks as a new president breaks the mould

I was friendly with Zuma, but had no ‘relationship’ with Guptas, says Manyi

As family and friends bid farewell to Gwala on Thursday, an old friend pays tribute to him

FREE TO READ | Something catchier than WASP-62b and WASP-62 are sought. Here are your choices

It’s unfashionable to compare past and the future, but I came upon a mural from the ancient city’s ruins ...

Oh, the in-humanities! Zille pops a shot at varsity courses 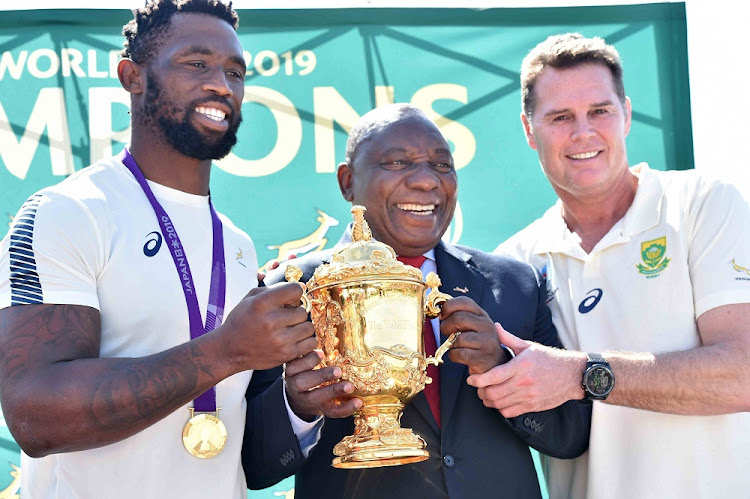 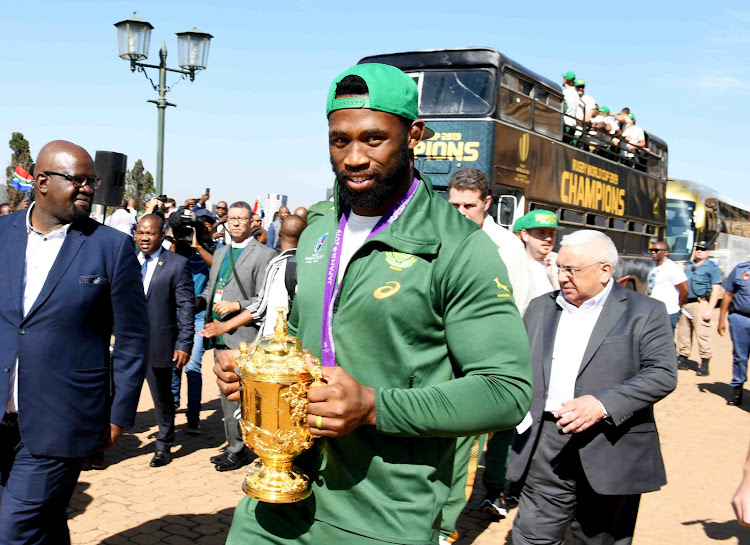 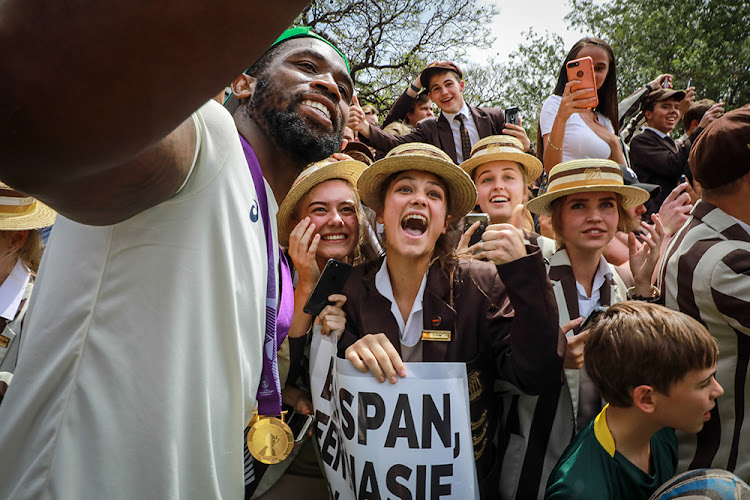 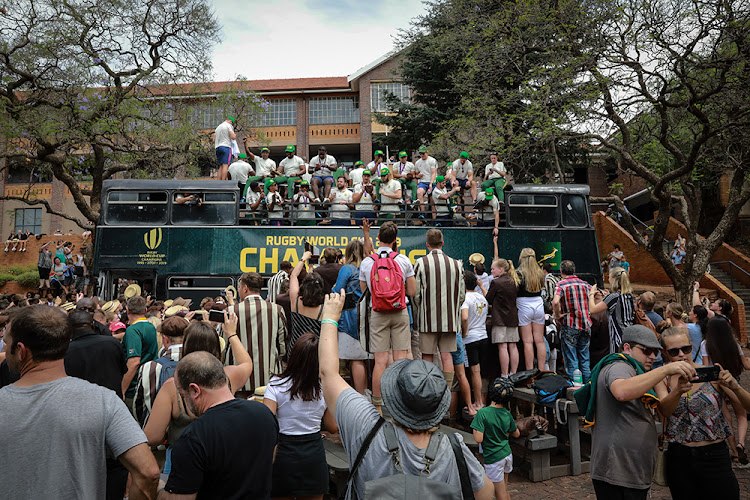 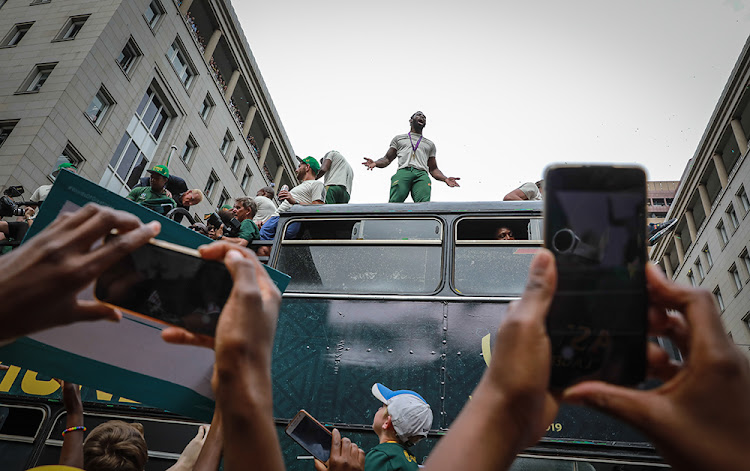 Three foreign state-owned power utilities owe Eskom R632m in outstanding payments. This was revealed in a parliamentary reply by public enterprises minister Pravin Gordhan in response to a question by the DA. The party said that while Gordhan may be of the view that R632m would have a minimal impact on Eskom’s cash flow, in reality every cent counted when the power utility had debt of about R420bn. The Zimbabwe Electricity Supply Authority owes R322m, Electricidade de Moçambique owes R221m and Zambian state-owned power company Zesco owes R89m. “Half a billion rands is an astonishing amount of money and could, in the long term, go a long way in stabilising the financial woes at Eskom,” said DA chief whip Natasha Mazzone. She said Eskom was also owed close to R20bn in outstanding debt by municipalities across SA.

Municipalities should urgently and aggressively enforce credit control management measures to recover billions owed to it. This was a resolution taken by the SA Local Government Association (Salga) following its national executive committee meeting this week. Salga revealed on Thursday that debt owed to municipalities for municipal services already delivered amounted to R165.5bn as at June 30 2019 - up from R143.2bn the previous year. It said the largest component of debt related to households, which accounted for R118.6bn. Salga said the government owed municipalities R10.3bn for water and electricity, while businesses owed about R23bn. The association said municipalities owed Eskom R25bn for electricity, and R14.9bn to various water boards. Salga said there was a clear link between the ability of a municipality to service its debt, and the inability of a municipality to collect money for services delivered.

Eight people were taken to hospital after a structural collapse at a building on Dr Pixley Isaka Seme Street in the Durban CBD on Thursday. KwaZulu-Natal emergency medical services spokesperson Robert McKenzie said the roof of the building collapsed and a number of people were trapped inside. Eight people were taken to hospital. In total, nine people were assessed by paramedics. McKenzie said emergency services were still at the scene at 2pm, and were preparing to send rescue dogs into the building to check if there were more victims inside. The reason for the collapse was not yet known. Rescue Care, which was on the scene, said everyone inside the two-storey building was accounted for after a second rescue dog was sent inside.

After Luyanda Botha allegedly raped 19-year-old Uyinene Mrwetyana and bludgeoned her to death with a scale, he hid her body overnight in the post office safe. This was disclosed in a summary of facts handed by the state to the court on Thursday. It also alleged that the 42-year-old man waited until the next morning to transport Mrwetyana's body to Lingelethu West in Khayelitsha, doused her with an accelerant and set her alight. Botha made a brief appearance in the Wynberg Magistrate’s Court on Thursday. The state alleged that Botha raped Mrwetyana twice. The official cause of death was stated by autopsy results as a “head injury”. Magistrate Goolam Bawa postponed the case to November 15 for a pre-trial conference at the high court. Prosecutor Ronald de Kock said Mrwetyana's family would attend the trial and were “doing well in the circumstances”.

A family that owns a private lion park at Hartbeespoort is inconsolable over the death of four lions that were poisoned. Chameleon Village Lion Park was the home of big cats Thor, Mumford, Isis and Mia for years until they were poisoned with laced chicken on Tuesday night. Co-owner Hennie Pio was home at about 9pm when intruders cut a fence and threw poisoned chicken pieces to the big cats, he said on Thursday. He said the intruders most likely fled because of the incessant barking of his neighbours' dogs. “My wife and I raised them and loved them wholeheartedly. They were our children. In fact, we had them way before we had our child who is three years old. This is painful, I don’t know what I’m feeling, whether I’m angry or heartbroken,” Pio said. He said police and conservation officials did not immediately have a lead on who committed the crime.

Protest action by residents of De Doorns, Western Cape, turned into looting on Thursday. Police were called to the area when striking residents looted stationary trucks on the N1 highway. The protesters stoned cars and stole big-screen TV sets from the trucks. 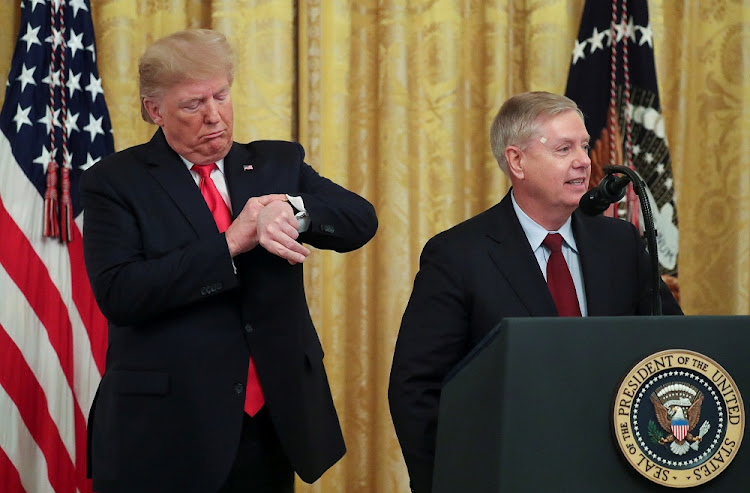 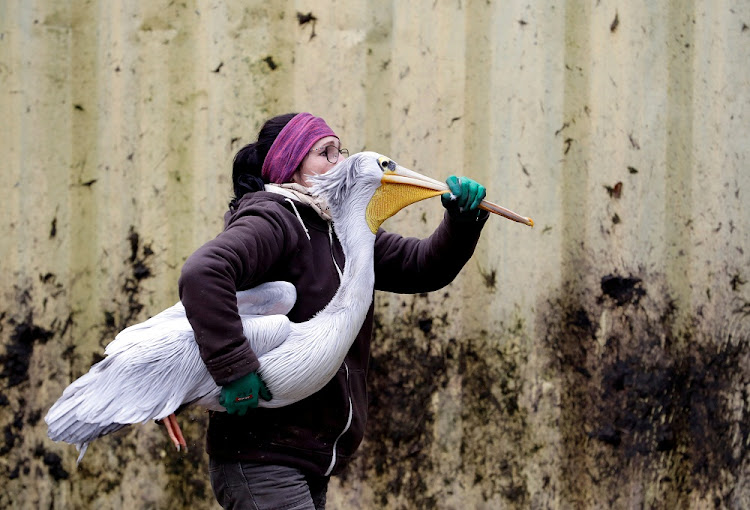 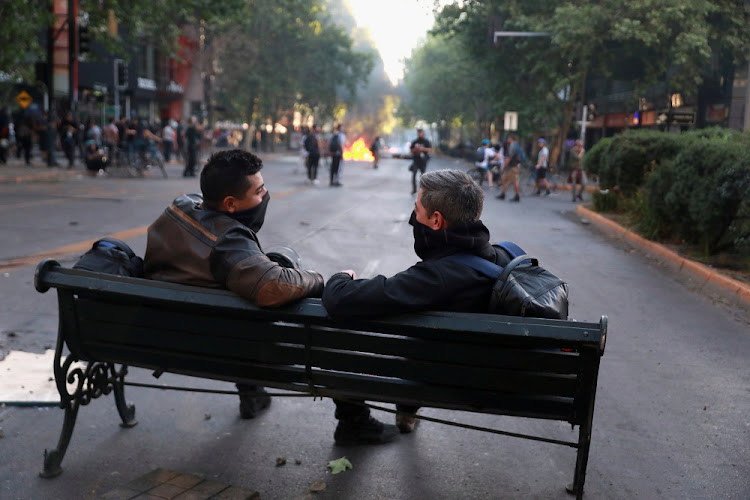 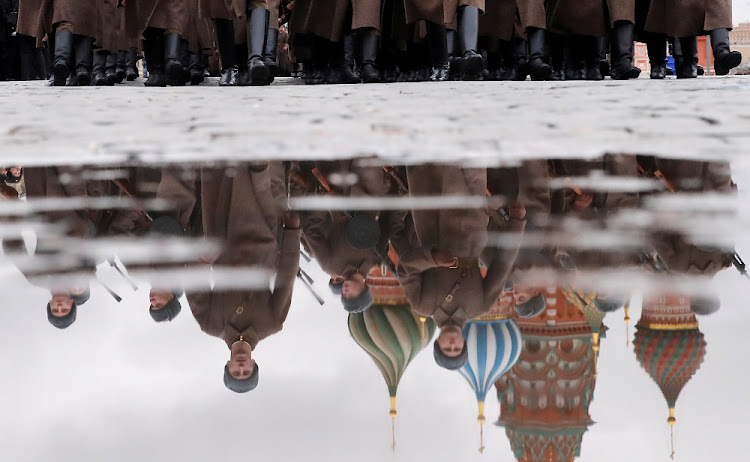 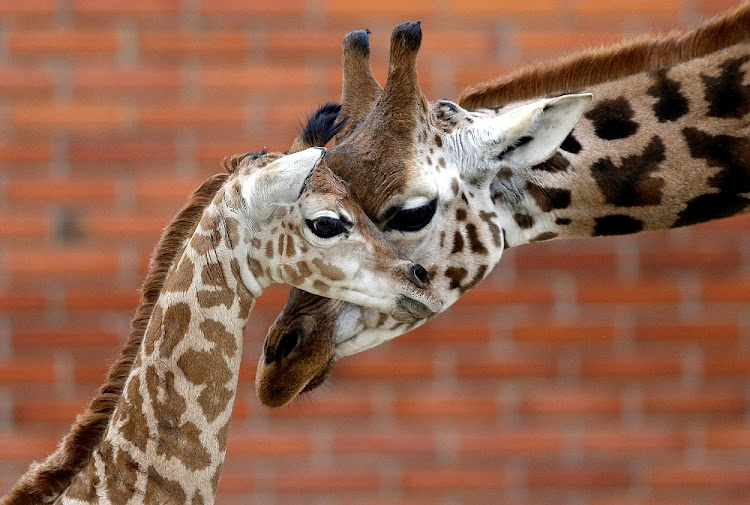 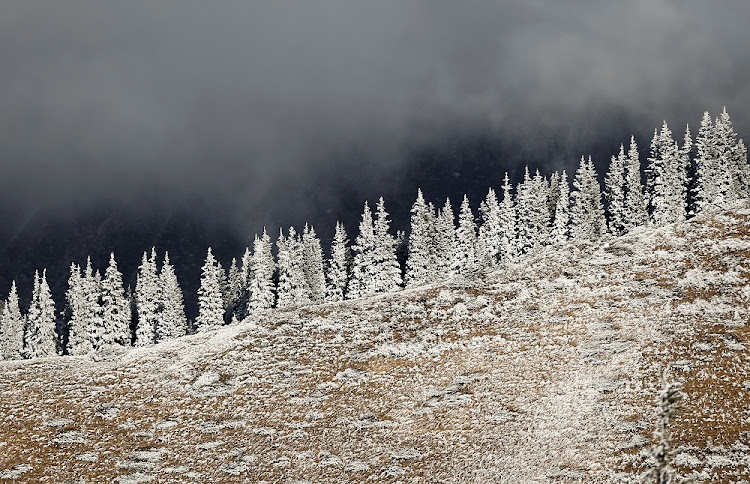 The Berlin Wall fell, but the Kremlin threat never went away

The common resolve of the West helped to bring down the USSR, but there is no unity over Russia now

Losing the plot: Why BBC’s ‘Novels That Shaped Our World’ gets it wrong

List is in thrall to fantasy, is not representative of the full range of what fiction offers, and will please no one

More than 200 years after he died in Russia, one of Napoleon Bonaparte's favourite generals has been identified thanks to DNA tests on a one-legged skeleton found under a dance floor. Charles Etienne Gudin, whose name is inscribed on the Arc de Triomphe in Paris, died at 44 on August 22 1812, after being hit by a cannonball during Napoleon's unsuccessful invasion of Russia. He attended military school with Napoleon in Brienne. After his death his heart was cut out and carried to Paris to be placed in a chapel in the French capital's Père Lachaise cemetery, but the location of the rest of his body was unknown. In July, French and Russian archaeologists said they had unearthed what they believed to be Gudin's remains during a dig under an old dance floor in a park in the Russian city of Smolensk, 20km from the battlefield at Valutino. – © Telegraph Media Group Limited (2019)

Israel’s government has approved a controversial cable car that will ferry up to 3,000 people an hour over the homes of Palestinians in east Jerusalem to within a few hundred yards of the Old City's Western Wall. The plan, which received the green light this week, proposes an overhead route starting in west Jerusalem and swooping over a valley towards the Old City, where it will deposit visitors at the 16th century Dung Gate. Israel's government says the plan will boost tourism, relieve traffic congestion, and make it easier for worshippers to reach the Western Wall, one of Judaism's holiest sites. Hanan Ashrawi, a senior Palestinian official, called the plan "an illegal assault on the occupied Palestinian city and its people who have been living there for centuries". – © Telegraph Media Group Limited (2019)

Record half a mil shelled out for crab

A Japanese bidder may be feeling the pinch after forking out $46,000 (R677,690) at auction for a snow crab - a price that "probably set a new world record", local officials said on Thursday. The winter seafood delicacy is in season from this week in the western Tottori region, where the crustacean was snapped up for a final price of five million yen. In Japan, buyers often pay eye-watering sums to secure a seasonal first at auction, from tuna to melons, with media attention guaranteed. The crab weighed 1.2kg and measured 14.6cm across. The price exceeded 2018’s record price of two million yen, which was registered at the time in the Guinness World Records for most expensive crab. The crab was bought by a local retailer, and will be served at a high-end Japanese restaurant in Tokyo's glitzy Ginza district, local media reported. – AFP

How to make a Kiwi heckler go boom

With the quickfire putdown "OK, boomer", a 25-year-old New Zealand politician dismissed a heckler during a speech about climate change - highlighting the generation gap between herself and other MPs in a clip that has gone viral.The catchphrase is used to dismiss out-of-touch, condescending or closed-minded attitudes associated with the baby-boomer generation and older people more generally. In recent months, "OK, boomer" has gained traction as a meme on apps like TikTok that have a predominantly young user base. Green Party MP Chloe Swarbrick used it to hit back at interjections while speaking this week in support of a bill to reduce New Zealand's greenhouse gas emissions. – AFP

French musicals that were hits in their country have struck a chord and found a second life far from home - in China, where fans sing along with the foreign cast. Western musicals have grown in popularity in China in recent years, with fans flocking to classic Broadway shows such as Cats and The Phantom of the Opera. But French shows have given American musicals a run for their money, with Notre-Dame de Paris, Mozart, L'Opera Rock and The Red and the Black filling theatres. French musicals have gained fans in a communist-ruled country that sees itself as the heir of the Paris Commune, a revolutionary government that briefly ruled the French capital in 1871. – AFP

… and in miserable Venezuela

The angry, oppressed citizens are actors and their caps and overcoats evoke 19th-century France rather than modern-day Venezuela. But local people going to the theatre to see a new performance of Les Miserables in Caracas could be forgiven for thinking this show was about them. In a country deep in economic crisis, getting the show on the stage was a heroic feat almost on the scale of the epic novel it is based on. "It was an act of rebellion," said producer Claudia Salazar. The social injustice in Victor Hugo's 1862 novel - and songs such as Do You Hear the People Sing? and I Dreamed a Dream - resonate with Venezuelans. - AFP

Global funds: Where in the world should you invest?

Quality and sexy aren’t quite the same, so don’t be dazzled by funds that chase short-term cycles

Mpact shows the benefits of believing in rubbish

Crime with a fine line in cankered comedy-cynicism

After ‘Goodfellas’ and ‘Casino’, here’s another tree with golden rotten apples, sumptuously shaken

Press pause on your life, baby, there’s stuff you must watch

Blasts from the past: Morne leads 13 of 15 wins