But the tanker is classified as ‘low-risk’ by the maritime safety authority, which let it dock at the Cape and Durban

FREE TO READ | It brought together a demoralised people across lines of race, class, religion and culture

‘I see no reason for living,’ says mom of kids murdered by their dad

FREE TO READ | She’s haunted by ‘voices’ of her four little ones hanged by their father, who has been jailed for life

FREE TO READ | The law kept compensation out of the struggling family’s reach, but a ruling has set the wheels of ...

It was the former president, not Collins Chabane, who gave the order to have me booted, says former director-general

As the property market moves onto stable ground, buyers look for ways to beat blackouts and drought

Two men were arrested for theft during welcome-home celebrations for the world champions Springboks at Johannesburg's OR Tambo International Airport on Tuesday. Supporters flocked to the airport, but so did criminals. TimesLIVE video journalist Deepa Kesa, who went to the airport to capture the moment, was one of the victims. She was accosted, seemingly at gunpoint. “When I went to open a case with the police at the airport, the female officer told me that I am about the 40th person who opened a case,” she said. Several other people had their cellphones, bags with house keys and other personal items stolen at the airport. Police did not disclose how many cases were reported at the airport. National police spokesperson Athlenda Mathe confirmed that two suspects had been arrested for theft.

President Cyril Ramaphosa has committed to returning the country to a sustainable fiscal path as a means to generate investment and boost economic growth. Addressing the second investment conference in Sandton on Wednesday, the president, who made attracting $100bn of investment in SA one of his goals after being elected, outlined the government’s commitment to take steps to stabilise its finances. He said the government would also address other hurdles to investment, notably operational and financial challenges at power utility Eskom. “One of our central priorities is to return our country to a sustainable fiscal path,” he told the estimated 1,500 delegates. The 2018 conference saw R300bn in investment pledges from SA and international companies. The president said the government was committed to taking the necessary measures to stabilise the debt-to-GDP ratio over the coming years.

Racist Momberg hands herself over to cops

Former real estate agent Vicki Momberg has made contact with the police at the Douglasdale station in northern Johannesburg. Gauteng SAPS spokesperson Brig Mathapelo Peters said: “Police can confirm that Ms Vicki Momberg on Wednesday November 6 2019, handed herself over to the investigators at Douglasdale SAPS after a brief consultation between the police and her legal representatives. Police have processed Ms Momberg and she will be handed over to the prosecuting authorities at Randburg Magistrate’s Court.” At about 1.15pm, Momberg was in the holding cells at the court. Her legal team had also arrived at court. The Sunday Times reported at the weekend that she was “on the run”, according to police, even though she had reportedly been staying at her parents’ Krugersdorp home west of Johannesburg for the past three months.

Nanny in court for toddler’s death

A Daveyton nanny arrested after the death of a toddler she was paid to care for and protect appeared in court on Wednesday after spending three weeks behind bars. Mannana Tsabane, 39, made a brief appearance in the Benoni Magistrate’s Court where the gallery was packed with relatives of murdered Langelihle Mnguni. The prosecution team said profiling of Tsabane was complete. Prosecutor Tebogo Maimela requested a postponement to November 8 for a formal bail application. She will remain in custody. Outside court, tempers flared as residents gathered in support of the grieving family. Tsabane had cared for Langelihle since he was two months old. He was 19 months old when he was allegedly suffocated and strangled. His neck was fractured. He died on October 28.

Three taxi bosses have been shot dead days apart in the Eastern Cape. The latest victims were shot eight hours apart in Port Elizabeth and Mthatha. Mlungiseleli Mlanjana, 62, was gunned down in his Mercedes-Benz on October 31 in New Brighton, Port Elizabeth. A 39-year-old taxi owner and taxi association chairperson was gunned down on his way home in Mthatha on Monday evening. The next morning, 43-year-old taxi boss Gcobani Toto, who was allegedly the target of a failed hit in July, was fatally wounded in his Audi Q7 after dropping his child off at school in Port Elizabeth. Police would not speculate on the motive for the killings. No arrests have been made.

Hundreds of South Africans gathered at OR Tambo International Airport on Tuesday to welcome the Boks home after their Rugby World Cup victory. Excitement, laughter and celebration were the order of the day. Here are the 4 most lit moments from the Boks' homecoming. 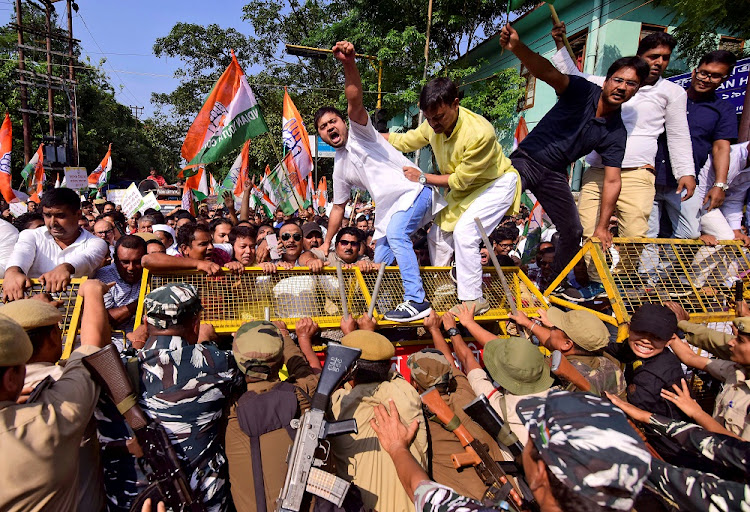 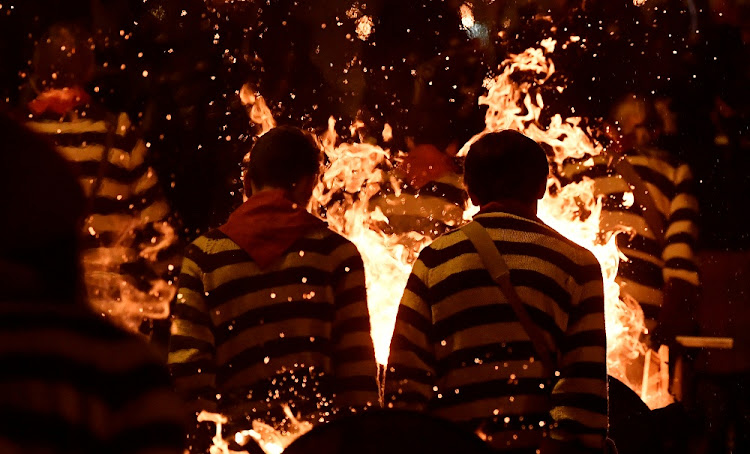 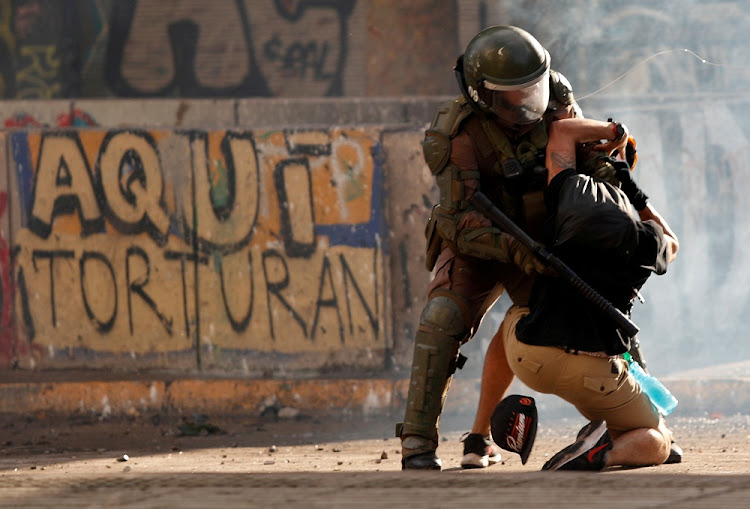 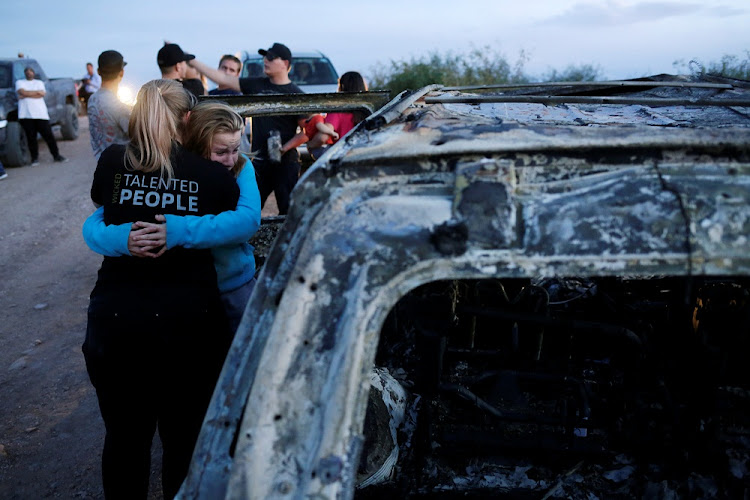 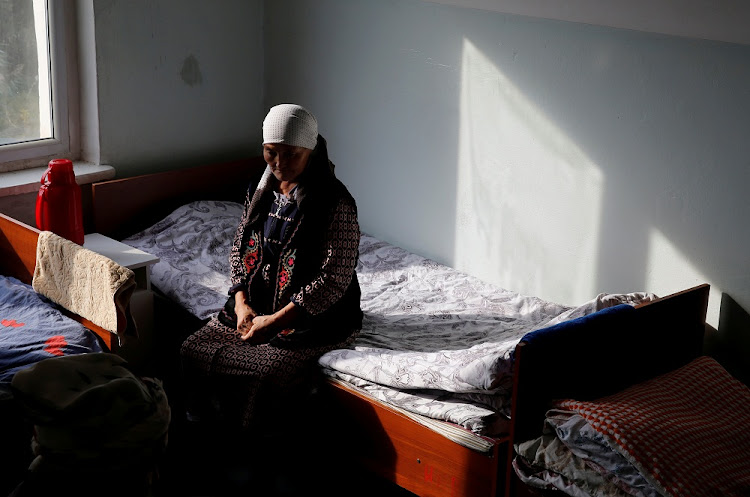 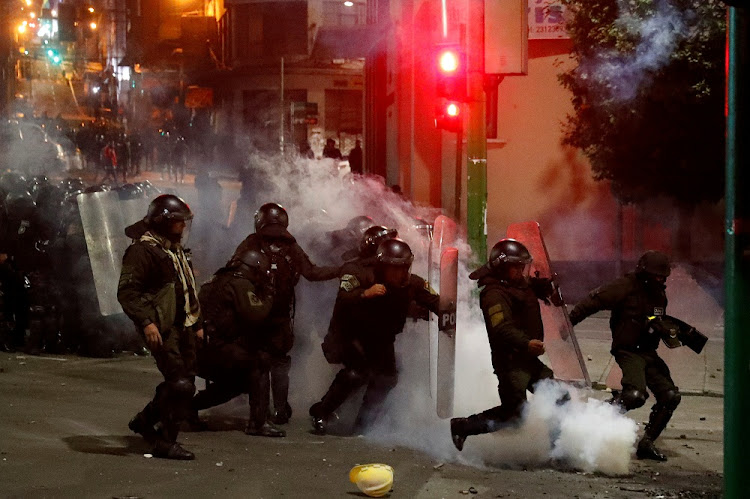 This is McMadness: it’s time we called out call-out culture

Another sorry soul has been packed off to non-woke-ville. I’d rather be there than here in sanctimony-land

‘We had the Duke-Epstein story, then the royal family threatened us’

Boffins are using AI to read ancient inscriptions, but something vital in the fragments of the past has been lost

A ‘tsunami’ of political disinformation is pounding Facebook users with the US presidential election still a year away, says online activist network Avaaz. An analysis by the NGO of the top 100 bogus news stories about US politics that went viral on Facebook in the 10 months ending October 31 showed that politically tinged false news got more than 158 million views. That number of views was enough to reach every US voter at least once if evenly spread across the electorate. ‘These findings can only be seen as the tip of the iceberg of disinformation ahead of the US 2020 elections,’ Avaaz said in the report.— AFP

New outfits designed for Britain’s Queen Elizabeth will no longer be made with real fur, Buckingham Palace said, in a move welcomed by animal rights activists. However, while the 93-year-old monarch’s future garments will be made with fake fur, she will not dispose of old outfits adorned in real fur. Over the years, the queen has been photographed in an array of fully fur or fur-trimmed outfits including evening stoles, ceremonial robes, winter hats and coats. Animal rights group People for the Ethical Treatment of Animals (PETA) welcomed the move. ‘We’re raising a glass of gin and Dubonnet to the Queen’s compassionate decision to go fur-free,’ PETA UK wrote on its Twitter feed. — Reuters

Whatever will be on auction, will be

Doris Day’s four Golden Globe awards, her piano, and a collection of her gowns are among 800 items going up for auction next year. Day, the cheery, girl-next-door who was one of the biggest stars of the 1950s and 1960s, died in May at the age of 97. The auction in April 2020 will also include dozens of pieces of her furniture, art work and tableware, and numerous ceramic dogs, birds, decorative pigs and pictures of giraffes and other critters that adorned her rustic home. The classic 1930 Ford convertible that was seen in the opening of her 1980s talk show ‘Doris Day’s Best Friends’ is expected to fetch between $10,000 and $20,000, while a planter decorated with brass elephants that was a gift from friend and actor Rock Hudson has an estimated sale price of up to $2,000. — Reuters

Notre Dame to get a Chinese makeover

Chinese experts will participate in the restoration of France’s Notre-Dame cathedral, following a meeting between the two countries’ heads of state in Beijing. The 850-year-old cathedral, which was scarred in April after a fire tore through its roof and toppled its spire, was the most visited historic monument in Europe. Since the blaze, which took 400 firefighters to control, Chinese and French authorities have been in touch about cooperating on restoration efforts. ‘China has a great deal of experience in renovating ancient buildings affected by fire, especially ones made of wood,’ said Chai Xiaoming, director of the Chinese Academy of Cultural Heritage. — AFP

Nearly half of Kenyans surveyed by the government’s police watchdog said they had suffered police abuse of power, underscoring the scale of the task the body faces in holding officers to account. Kenyans have long complained of police brutality but face an uphill battle in getting justice. The study by the Independent Policing Oversight Authority (IPOA) found that the public is still afraid to report police abuse, fearing victimisation and believing no action will be taken. The IPOA said the incidence of police abuse reported in their survey of nearly 6,000 households marked a ‘significant increase’ compared with its last such survey, in 2013. — Reuters

The EU and China agreed on Wednesday to protect 100 European regional food designations in China and 100 Chinese equivalents in the EU to spur trade, particularly of European food and drinks. The deal will protect the names of such products as cava, Irish whiskey, feta and prosciutto di Parma, as well as China’s Pixian bean paste, Anji white tea and Panjin rice. The pact significantly expands the number of foods protected as ‘geographical indications’ (GIs) and should help boost trade in higher-value goods. GIs are on average more than twice the price of non-GI products. GI names can only be used for food or drink from a particular region or country. So ‘feta’ can only be applied to cheese of a particular type from Greece. — Reuters

BULL’S EYE: It pays to know your boss from your elbow

FREE TO READ | Much as we like to take the mickey out of self-important managers, they really are kind of useful

All signs point to SA steel industry collapse, unless ...

Investment and infrastructure unit head Kgosientso Ramokgopa had better come up with a plan, pronto

Underperformers in SA, UK and Australia have hurt, but streamlined company is well positioned in Poland

Living proof that your 70s could be the coolest decade yet

As US Vogue editor Anna Wintour turns 70, she joins a stellar cast of women defining a new power decade

Library revamp: Come in, come in, are you reading me?

FREE TO READ | Design duo throw the book at a dowdy old school library, shaking off the dust with a bold makeover

In the pink or picking up glitter, Spanish eyes have it

Taken as red: Man U need a Europa League pick-me-up

Blast from the past: Zulch luck for SA in drawn 1921 Oz Test