FREE TO READ | That and the shortage of schools meant death knell for online applications, critics fume

Return of ancestors’ remains forms the bare bones of restitution

ANALYSIS: This is how Zuma has turned out to be his own worst enemy

Red-tape nightmare over for adopted SA kids bound for US

With a political team like this, it’s no wonder SA is a balls-up

It’s the playoff for last place with Cyril as captain and, man, it is difficult to watch

Selfie-absorbed: tech has given us a new age of narcissism

Egomaniacs are happier, say researchers, and they're everywhere. We ask the experts when it became the new normal

he rose up in anger A demonstrator sits on a rubbish bin during ongoing anti-government protests in Baghdad.
Image: Thaier Al-Sudani/Reuters

Another report from public protector Busisiwe Mkhwebane's office faces being scrapped by the courts. Civil society organisation #UniteBehind announced on Monday that it had submitted a review application to the North Gauteng high court against Mkhwebane's “whitewash" April report into corruption and maladministration at the Passenger Rail Agency of SA (Prasa). The organisation is requesting that the report be set aside. Mkhwebane's investigation stemmed from the findings of her predecessor, Thuli Madonsela, who in 2015 released the “Derailed" report, which revealed corruption at Prasa under the board of former chairperson Sfiso Buthelezi and his then chief executive, Lucky Montana. Madonsela deferred some aspects of the investigation to a follow-up probe. #UniteBehind said Mkhwebane's Prasa II report "failed to address the deferred complaints properly and effectively" and "Mkhwebane did almost nothing to further the investigations”. Mkhwebane's office has about two weeks to file a response.

Gauteng hospitals are in such bad condition that it will cost about R6bn to make them compliant with the Occupational Health and Safety Act. DA Gauteng health spokesperson Jack Bloom said the poor state of the 32 hospitals meant none of them could be part of the government’s National Health Insurance because they needed to be accredited by the Office of Health Standards Compliance. Bloom said the amount of R6bn was revealed in a presentation by the Gauteng health department to the Gauteng legislature’s health committee on Friday. Bloom said all these hospitals needed expensive building alterations, ranging from R11m for the Rahima Moosa Hospital to a “whopping” R810m for Chris Hani Baragwanath Hospital. Critical areas included general machinery regulations, electrical installation regulations, firefighting equipment, lift regulations, storage, exits, stairs and aisles.

Hunt for ‘dangerous’ criminals after breakout

A manhunt has been launched after four awaiting-trial prisoners escaped from police holding cells in Limpopo on Sunday afternoon. Police spokesperson Brig Motlafela Mojapelo said the men, aged between 31 and 41, escaped through the roof of the cells. They face charges including murder, rape, and house and business robbery. People were warned “that these four criminals are dangerous. They must not try to apprehend them, but must instead inform the police quickly.”

A University of the Free State (UFS) student was found dead in her flat at the weekend. Police spokesperson Brig Motantsi Makhele said the body of the 18-year-old was found in Bloemfontein on Sunday afternoon. An investigation had revealed that her flatmate left the previous night to visit a friend and returned on Sunday to discover the body in a sitting position in the corner of the room. “The deceased had bruises on her neck,” Makhele said. University spokesperson Lacea Loader said they were saddened by the death of Shakira van Staden, a first-year BAdmin student. The institution would provide counselling and support to Van Staden’s family and friends. Van Staden, from De Aar in the Northern Cape, lived in private off-campus student accommodation.

An elderly couple and their son are in hospital after they were attacked on their farm outside Nelspruit. The couple was hacked with pangas and their son was shot in the leg early on Sunday. The son was woken by a commotion and, armed with his firearm, rushed to help his parents. He shot dead one of the suspects. The others attempted to drag the dead man with them, but ended up leaving him in the bushes. Mpumalanga police spokesperson Brig Leonard Hlathi said a manhunt was under way.

Feral hippo on the loose after killing man

A feral hippo that attacked and killed a man in northern KwaZulu-Natal remains on the run. KZN Ezemvelo Wildlife spokesperson Musa Mntambo said the incident occurred in the iSimangaliso Wetland Park just after midnight on October 27. "A 36-year-old man was attacked and killed by a hippo. He sustained fatal injuries to his abdomen. When KZN Ezemvelo arrived on scene the hippo was nowhere to be found." Mntambo identified the man as Mbuyiseni Nxumalo. He refuted claims that the hippo had escaped from Hluhluwe–iMfolozi Park, saying it was thought to be from St Lucia, which is not fenced and is home to hippos and crocodiles. Meanwhile, the ANC in KZN expressed concern about reports from residents of Ntandabantu in Mtubatuba that they were being harassed by elephants that had escaped from a game reserve. Mntambo confirmed that Ezemvelo were investigating the matter.

In 2012, Sechaba Mashao, 28, went missing in Roodepoort, west of Johannesburg. His body was later found by the Roodepoort rail station after what police first thought was a tragic train accident. But when Sechaba's sister Barbara was found dead in the family kitchen in 2018, suspicions were raised and authorities started connecting the dots. 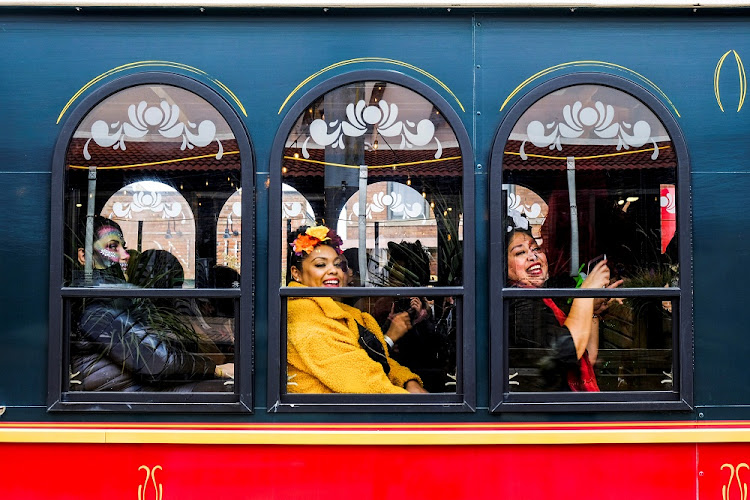 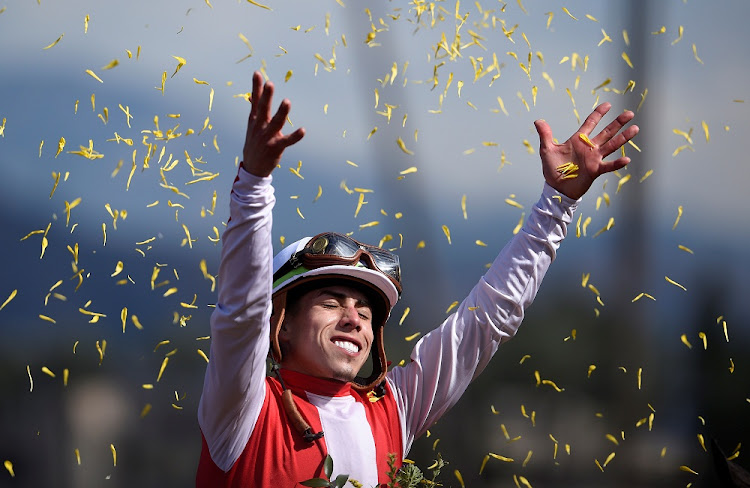 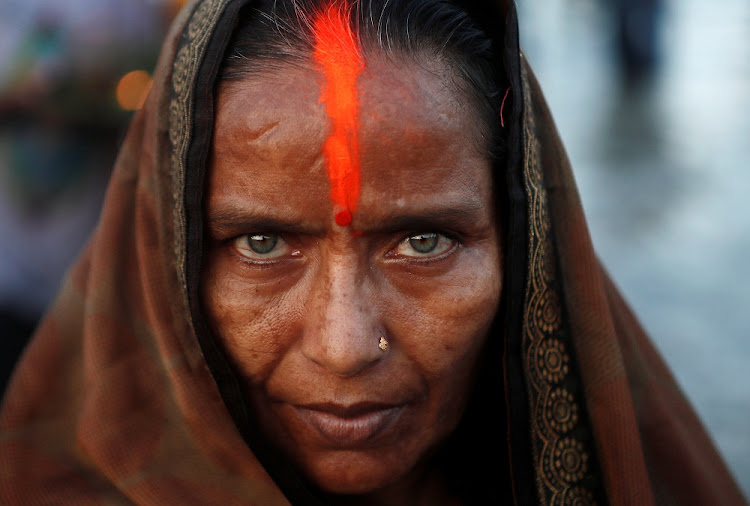 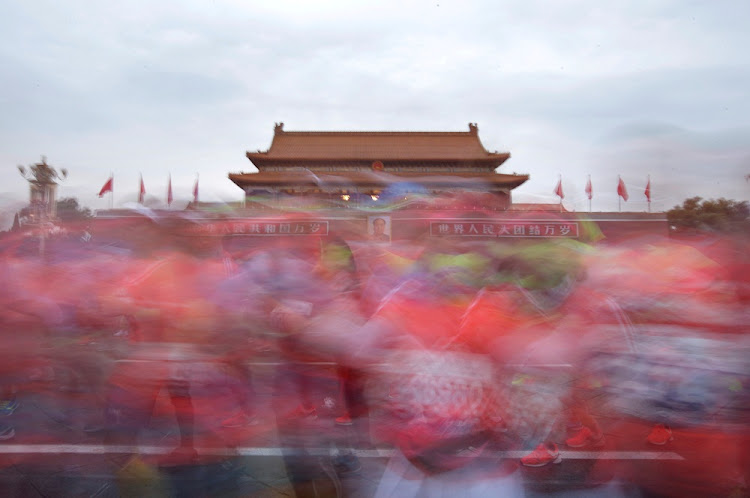 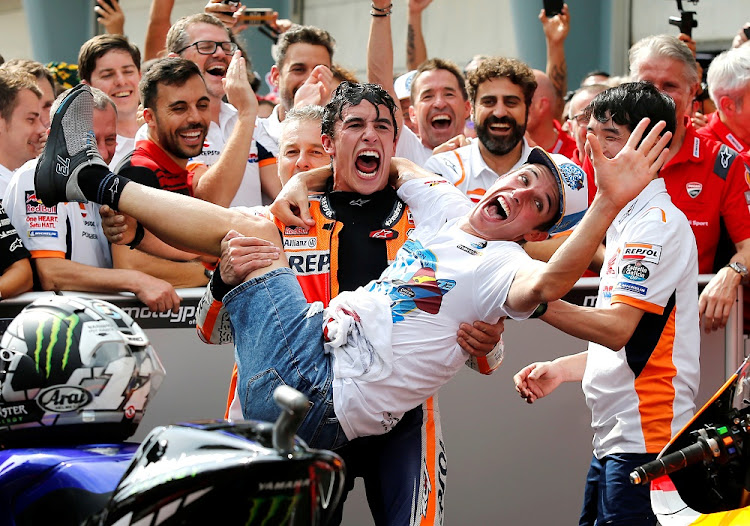 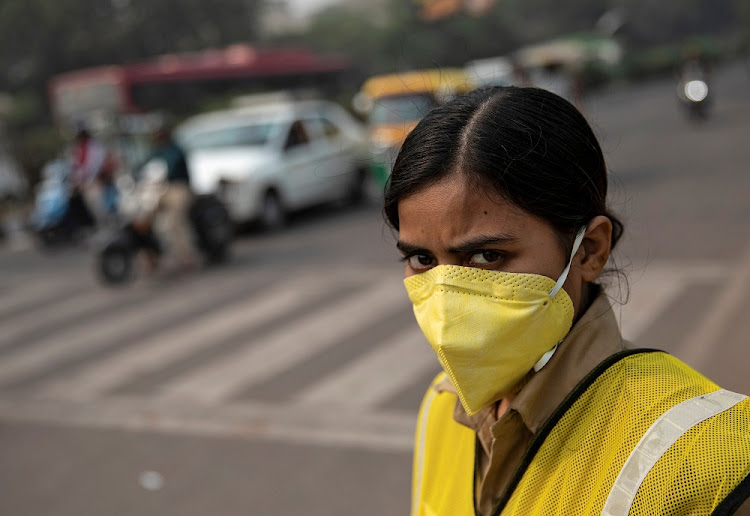 Aporkalypse: no one will be spared from China’s African pig fever

It may be the biggest pandemic yet, and its impact will rip into the wider food market with disastrous results

Half the US wants him impeached, but Trump’s feeling just peachy

Perhaps his confidence in a 2020 win is misplaced, but the Democrats might want to get their heads in the game as well

Yoga show-offs injure themselves in quest for Instagram shots

Trendy Singaporeans must scoot off or else

Electric scooter riders in Singapore were banned from footpaths on Monday and could face jail if they break the rule, after a series of accidents linked to the trendy two-wheelers sparked anger. The city state is the latest country to introduce new regulations to cope with a surge in the popularity of the contraptions, which many pedestrians view as silent menaces. Tech-savvy Singapore has embraced the e-scooter craze but accidents - including fires blamed on charging devices and the death of an elderly cyclist in a September collision - triggered calls for a ban. E-scooters were already banned from Singapore's roads but the Land Transport Authority said they were now prohibited on all footpaths. They can only be used on cycle paths and a network of routes connecting parks. – AFP

Taj Mahal gets a breather as Delhi chokes

New Delhi banned half the Indian capital's private cars from its roads on Monday as the megacity's 20 million people spluttered with stinging eyes in the worst pollution in three years. As smog levels exceeded those of Beijing by more than three times, authorities also parked a van with an air purifier near the Taj Mahal - the iconic 17th-century marble mausoleum 250km south of Delhi - in a bid to clean the air in its surrounds, the Press Trust of India reported. With the pollution causing a rush of respiratory complaints at hospitals and the diversion of 37 flights on Sunday, a new law came into effect restricting cars from the capital's roads to alternative days, depending on whether their number plate ends in an odd or even number. – AFP

Climate change is threatening to wipe out Australia's critically endangered mountain pygmy possum, but researchers are hoping to save the hibernating species by relocating the last remaining mammals to cooler lowlands. The tiny mammal lives in alpine regions but less than 2,500 remain in the wild, according to estimates, with winter snowfall declines and warmer weather threatening extinction. The possums hibernate deep inside humid rock piles that are insulated by snow during winter and provide shelter from high summer temperatures that can prove fatal. The species - Australia's only hibernating marsupial - needs temperatures to hover just above freezing to hibernate successfully, but without enough snow the cold air outside penetrates the rocks and chills the atmosphere inside, University of New South Wales associate lecturer Hayley Bates said. – AFP

McDonald’s chief was lovin’ it too much

McDonald's has announced its president and CEO Steve Easterbrook was forced out after showing "poor judgement" by engaging in a "consensual relationship" with an employee. He was replaced by Chris Kempczinski, the president of McDonald's USA. Kempczinski was also elected to the board of directors. "Easterbrook … has separated from the company following the board's determination that he violated company policy and demonstrated poor judgment involving a recent consensual relationship with an employee," the company said. "The company confirms that this leadership transition is unrelated to the company's operational or financial performance. "In an e-mail to McDonald's employees, Easterbrook said his relationship was "a mistake" that violated company policy. – AFP

It stayed stuck for 100 years … until now

An iron boat stuck above Niagara Falls for more than a century has moved because of severe weather, a park official said. "We think it's about 50m down the river from its original location," Jim Hill, senior manager of heritage for Niagara Parks, said in a video posted online, adding that the vessel "flipped on its side" Rain and strong winds that hit the region on Thursday night were responsible for moving the boat, according to local media. Known as the "Iron Scow", the boat is an iconic feature of the falls and had been stuck in the rocks about 600m from the edge. It broke loose from a tug on August 6, 1918, leaving two men stranded aboard, but they were rescued the following day, according to Niagara Parks. – AFP

Police in the German state of Hesse are investigating whether a woman who forged documents to pass herself off as a doctor is responsible for more deaths. The woman, who is in custody, is suspected of causing four deaths and several serious injuries. She worked as an anaesthetist in Fritzlar, 160km from Frankfurt, from 2015 to 2018. Prosecutors allege she forged documents to apply for the position and had no medical training. She had been under investigation since February after it emerged she was practising without qualifications, although police only recently made the link between her and the deaths. Their search revealed evidence linking her with repeated medical failures. She is alleged to have administered the wrong medications and the wrong doses, as well as failing to identify her patients' breathing difficulties. – © Telegraph Media Group Limited (2019)

I remain convinced that we can pass the next deadly test, even if it is just a positive change in the outlook

No room for cynicism as drive to attract investment heats up

Just for the record: When Cuba rubs hips with West Africa

Book extract: When Sobukwe and Mbeki rose like eagles

Deep in the doodle: Scrawl on the wall of a pub worth $5m

SPORTS DAY: Bye-bye Benni and thanks for that one win

All Blacks 57-Boks 0. What happened in just two years?

Blasts from the past: Shock KO as Thobela drops his guard