FREE TO READ | His team wasted the chance to effect change after Zuma. Now they have 18 months or we’re junk again

‘After seven years of sexual harassment, Transnet must pay me R11m’

FREE TO READ | A manager at the parastatal says she spent years trying to report her boss, but no one would listen

Stuck in a timeshare contract? Here’s how things now stand

Harrowing stories of the near impossibility of pulling out are common. But there may be hope on the horizon

While pastor Dennis Jali faces SA criminal charges, jilted US investors have gone to court to get their money back

Cape botanists uncover the secret behind a floral love story

Preschool goes green to get kids to play dirty

They wrote it this week: She was mid-pirouette when ... you’ll never guess

Obituary: The radiologist who kept abreast of innovation

FREE TO READ | Dr Harry Said was ever the pioneer, with an unusual hunger for the latest medical technology

SHE’S MADE HER MOCK An antigovernment protester takes part in the 'Mockery march' against Nicaragua President Daniel Ortega in Managua.
Image: Inti Ocon/AFP

Evacuation of foreigners demanding to leave SA is “not an option on the table”, according to the United Nations High Commissioner for Refugees (UNHCR) in SA. The UNHCR said it had reached an impasse with those wishing to leave the country, the SABC reported on Sunday. Police arrested scores of refugees and asylum seekers last week who were involved in a sit-in protest outside the UNHCR offices in Cape Town. They were demanding the agency move them to a different country, for fear of xenophobic violence in SA. Hundreds of refugees were engaged in a similar protest outside the UNHCR office in Pretoria. The SABC quoted UNHCR regional director Valentin Tapsoba as saying that relocation, resettlement or evacuation was “not an option that is now on the table”. “We have 268 000 refugees and asylum seekers in SA … where are we going to take 268,000 people to? Where? To which country?”

A growing sinkhole has forced authorities to close the N12 (Snake Road) between Pioneer Drive and Golden Drive at Benoni on the East Rand. The road is one of the main routes leading to Benoni CBD and towards Heidelberg. The City of Ekurhuleni said on Sunday the sinkhole was growing, and advised motorists to avoid the road. The Gauteng roads and transport department said road users travelling southwards should use Tom Jones off-ramp towards Heidelberg and those travelling from the south should use Pioneer and turn right into Bunyan Street to reach the N12. This is the second sinkhole to develop at the weekend. On Friday, the Gauteng roads and transport department said a sinkhole had led to the closure of both sections of Delmas Road (R50) to traffic.

Takealot to pay back R4m after Bok win

Online store Takealot has promised to give back R4m to some of its customers after the Springboks won the 2019 Rugby World Cup. The company had promised to give a full refund to 346 customers who had bought selected Samsung TVs, but only if the Boks won. The team thrashed England 32-12 on Saturday. MyBroadband reported that the company said the televisions bought were worth R4m. “All 346 shoppers … will be refunded the full value of their purchasing price. Just under 400 units across three different Samsung TV sets were made available, and collectively, amounted to R4m, which will all be refunded to Bok fans,” the company said.

Heavy rains in Tshwane led to a fire department tanker crashing into a house in Centurion early on Saturday, leaving two people injured. In a separate incident, emergency services personnel rescued a motorist in Tshwane when his vehicle got stuck on a flooded street after heavy rains in Centurion on Saturday morning. Tshwane emergency services spokesperson Charles Mabaso said staff were responding to an emergency call in the early hours of when the tanker crashed. “It was raining and the driver lost control of the vehicle and crashed into the wall and the house. Fortunately, the occupants of the house were not injured as the crash affected the garage side,” he said. Two emergency services staff had sustained light injuries. In the flooding incident, Mabaso said emergency services assisted a person who was trapped inside their vehicle.

Gauteng education MEC Panyaza Lesufi said officials at district offices, helping frustrated parents find places at schools for their children next year, were intimidated and attacked on Sunday. The placement period for admissions of children in grades 1 and 8 at state schools in the province was scheduled to close on October 31, but a day before the deadline there were about 77,000 parents who had neither declined nor accepted placement offers. District offices were open on Sunday to deal with the backlog. Lesufi tweeted on Sunday that the “majority of our ‘good schools’ are full and we are trying to find proper alternatives”. Some parents said on social media they had queued for hours and were then told the “system is down”. A petition called for the cancellation of the department's online admission system. Lesufi said some staff had been intimidated and even attacked, and had to be persuaded to return to work.

Zuma to appeal against corruption case

Embattled former president Jacob Zuma has appealed a court decision to try him for corruption, a judicial spokesperson said on Sunday, delaying yet again a long-awaited date with justice. Zuma is alleged to have taken bribes during a 1990s arms deal with five European companies, including the French defence group Thales. If the trial takes place, it would be the first time Zuma faces a court on graft charges, despite a string of accusations over his long political career. But in the latest twist to a 15-year-old judicial saga, prosecution spokesperson Natasha Kara told AFP: "I can confirm that Mr Zuma has indeed filed the application for leave to appeal on Friday." That was the last day on which Zuma could have appealed an October 15 court rejection of his request to have 16 charges of fraud, graft and racketeering dismissed.

John Steenhuisen is the new DA parliamentary leader. We sat down with the man from Durban to find out what his plans are for the party and his thoughts on the recent shake-up in the Democratic Alliance. 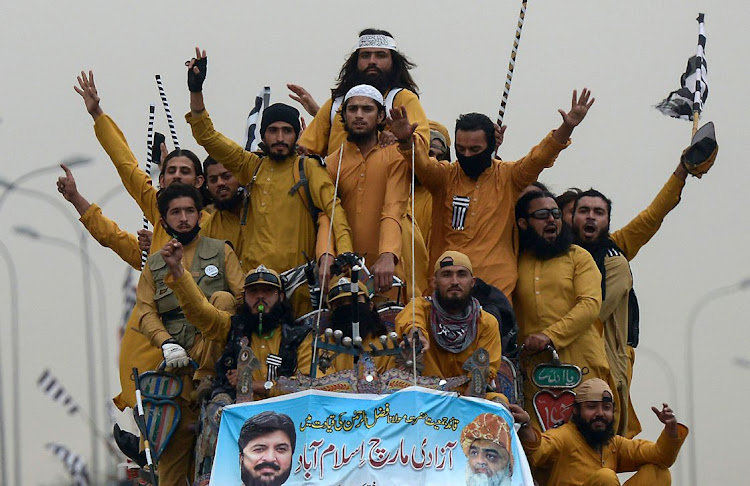 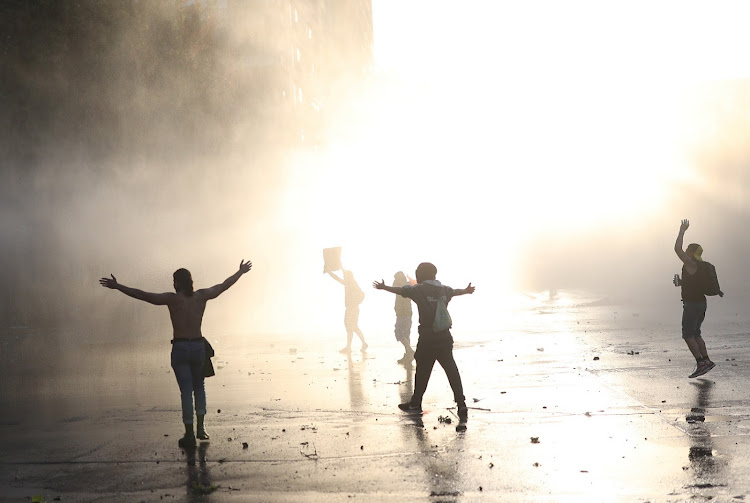 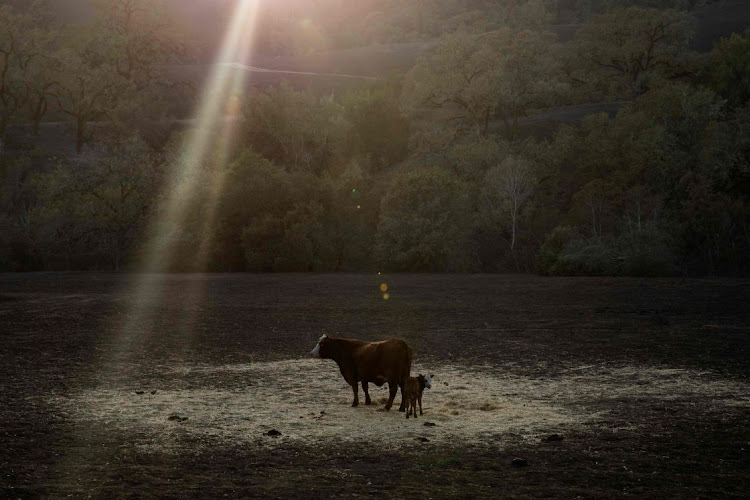 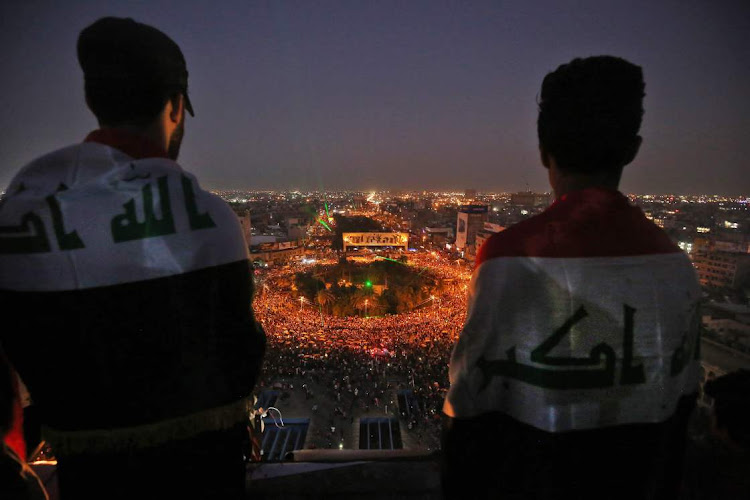 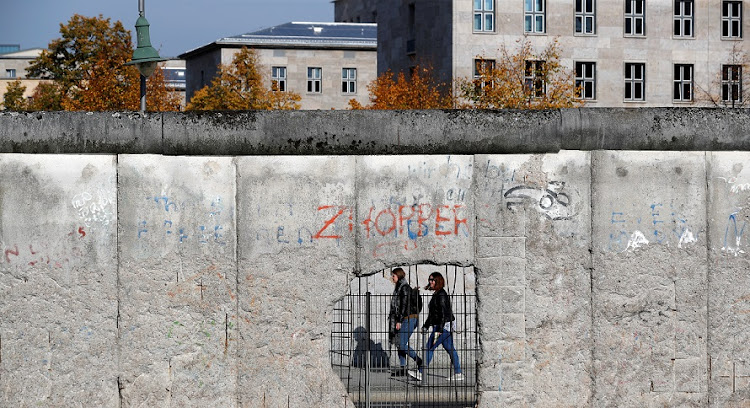 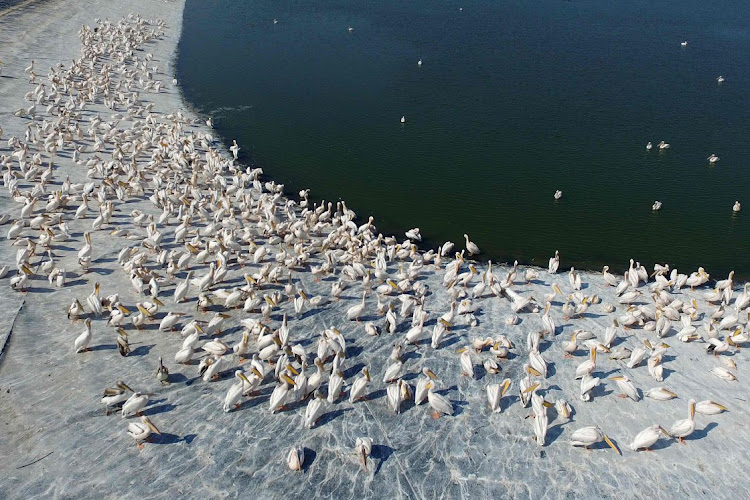 Not everybody can be a ‘fierce fatty’: the hard truth about body positivity

‘I’d give up a year of my life if it meant not being fat,’ says one participant in a new documentary

There were jeers as he enjoyed the violent mixed martial arts action, but not everybody was unhappy to see him

UK’s first city found, and it’s the home of people who built Stonehenge

Discovery gives the megaliths a longer history, and dramatically shifts our ideas of how hunter gatherers moved around

‘I belonged to other people’: Petula Clark recalls life as a child star

As she prepares for ‘Mary Poppins’ on stage, the singer, now 86, explains that life was not all sweetness and light

OLD MCDONALD’S HAD A FIRM A burger with a side of chips protected in a glass case is on display in Thykkvibaer, a decade after McDonald's shut down in Iceland. Online users follow the live slow decay of the seemingly indestructible burger.
Image: Angelika Osiewalska/AFP

Saudi Aramco unveiled its record-breaking stock market flotation on Sunday after crown prince Mohammed bin Salman gave the green light for the listing that could value the oil titan at up to $2-trillion. Trading is set to begin in Riyadh in December. The ambitious price tag is seen as the only potential stumbling block but the kingdom is said to be willing to accept a lower valuation of $1.5-1.7-trillion. Analysts have warned it could be lower. Even if it climbs down on the valuation, Aramco will still leapfrog tech giant Apple as the largest listed company by value. – Telegraph Media Group Limited (2019)

Alexa, how can I make some easy money?

Amazon Echo customers in the US could be in line for compensation after employees eavesdropped on them in their homes. Lawyers are urging consumers to file complaints. Those who have bought an Echo, Echo Dot, Echo Kids Edition, Amazon Fire TV Stick or Sonos speaker, all of which are controlled using the Alexa voice assistant, could claim. If successful, a class-action lawsuit could set an international precedent, opening the possibility of a payout for Amazon customers worldwide. – Telegraph Media Group Limited (2019)

Oi! That $40m diamond is actually mine!

The son of an Italian senator is taking Christie’s to court in New York on Wednesday over the sale of one of the world's most expensive diamonds, which he claims was stolen from his family. Amedeo Angiolillo argues the auction house proceeded with the sale of the $40m gem despite his raising concerns about its provenance. The Princie Diamond was bought by a member of the Qatari royal family. Christie’s, however, insists that the family members have no proof the diamond belongs to them. – Telegraph Media Group Limited (2019)

A World War 2 submarine paid for by charity dances and card games has been found 77 years after vanishing with 44 people aboard. The wreck of HMS Urge was discovered by a University of Malta survey team two miles off the island. The discovery came after Francis Dickinson, the grandson of HMS Urge’s captain Lt-Cdr E.P. Tomkinson, requested the university team search an area that had been heavily mined during the two-and-a-half year siege of Malta by Axis forces. – Telegraph Media Group Limited (2019)

Singer Ellie Goulding, actor Imelda Staunton and model Daisy Lowe were among celebrities demanding that the governments act on climate change in a video campaign launched by Extinction Rebellion on Sunday ahead of Britain’s December 12 general election. The new features people aged 8 to 80 demanding a halt to the destruction of forests and oceans and the loss of plant, insect and animal species. – Reuters

Olivia Newton-John’s tight black pants and leather jacket from the movie “Grease” sold for $405,700 at a Beverly Hills auction on Saturday, more than double the expected price. The outfit that marked the transition of Newton-John’s character in the 1978 musical from demure high schooler to sexy Sandy was among 500 items for sale to help raise money for the performer’s cancer treatment centre in Australia. – Reuters

The Scottish asset manager is taking the 20-year view of business flow, and ‘SA is a part of that’

Here’s taking a very quick passing glance at you, kid

If your chosen entertainment needs to be sped up so you can get through it, is it worth your time at all?

‘Take me with you,’ said the Peking duck to the dead guy

FREE TO READ | Behind the bruising quest for world glory, many smaller battles were waged

Blasts from the past: Paulse helps SA to third in 1999 RWC