This is the corrupt, unethical and dodgy ANC – ignore it at your peril

Language in application for leave to appeal after his bid to stay his corruption prosecution failed, leaves a bad taste

Continued use of coal will fuel deaths in SA by 2030

The African countries that will be most affected are SA, Nigeria and Malawi, according to new research

Township’s spekboom of hope will be seen from space

Is it a dog or a wolf? This preserved Ice Age pup could be the missing link

The 18,000-year-old specimen could represent the point where the two canine branches split

They wrote it this week: Rasputin had a quirk that made the ladies smirk

Who cares?! Pete Townshend says he doesn’t like his own band. Here’s why

Co-founder talks about ageing, Keith Moon's death, memes, and his enduring ambivalence about the group

It bears all their hallmarks, says the documentary maker who once filmed the criminal gang

FACELESS A fragment of a wooden relic, reputed to be from Jesus's manger, is displayed in Jerusalem ahead of its transfer to Bethlehem in time for the Christmas season.
Image: Reuters/Ammar Awad

The Electoral Commission (IEC) has confirmed that former Tshwane roads and transport MMC Sheila Senkubuge was “verified” as an SA citizen. This follows a Sunday Times report that Senkubuge’s citizenship status had been questioned since 2017. According to the Sunday Times, Senkubuge resigned last week after an affidavit was circulated alleging that she had arrived in SA from Uganda in 2011 and was not yet a naturalised citizen when she was elected. She also resigned a few days after a leaked audio recording in which she is allegedly heard having “sex” with now suspended mayor Stevens Mokgalapa.

A woman wanted for questioning in relation to alleged terror activities has been apprehended in the south of Johannesburg after an alert was issued for her by the Hawks. Riana Heymans, linked to a movement called the National Christian Resistance Movement, also known as the Crusaders, was arrested on Friday evening with two others in Kliprivier, the Hawks' Brig Hangwani Mulaudzi said on Sunday. She was apprehended by an integrated team of Crime Intelligence operatives and Hawks members from Serious Organised Crime Investigation. “Various firearms and ammunition, documents and other items were confiscated by the Criminal Record Centre for further probing,” he said. The trio will appear on Monday at the Middelburg Magistrate's Court together with Harry Knoesen, 60, charged with contravening the Protection of Constitutional Democracy against Terrorism and Related Activities Act as well harbouring a wanted suspect in terms of the same Act.

Vioolsdrif, a village in the Northern Cape, has broken the record for the highest temperature in the country, reaching more than 50°C. SA Weather Service forecaster Mbavhi Maliage said Vioolsdrif first broke the record in 1995 with a maximum temperature of 46.2°C. “On Thursday, it reached a new record of 50.1°C and then it broke its own record again on Friday by reaching 53.2°C, which was rounded off to 54°C.” She said the area has been experiencing high temperatures for a while. “There was an upper high weather system situated over the area that resulted in an increase of temperatures, which is the reason we had a heatwave condition in parts of SA.” Vioolsdrif would remain hot but temperatures would decrease by about 15°C in the next two days.

Getting more people on antiretrovirals ‘critical’

Getting an additional two million people on antiretroviral treatment is critical in the fight against HIV/Aids, said parliament’s portfolio committee on health on Sunday, World Aids Day. “As we commemorate World Aids day, I would like to acknowledge the sterling work by the community health workers across the country. Their contribution should stimulate other South Africans to join and be part of this drive against HIV,” committee chairperson Dr Sibongiseni Dhlomo said. He said it remained important to highlight the rollout of interventions and that “achieving the target of an additional two million people on treatment by 2020, increasing of HIV education, counselling and testing, medical male circumcision and many other strategies remain critical in the broader scheme of strategies against HIV”.

Tributes are being shared for respected educator Janine Hopkins and a friend, who died after being struck by a taxi while riding tandem on a bicycle at the weekend. Emer-G-Med said the accident occurred in Isando early on Saturday. Hopkins, described as “an absolute ray of sunshine” by people who knew her, was declared dead on the scene. Her co-rider was treated by paramedics on the scene for serious injuries, said Emer-G-Med. However, Team Lifecycle shared shortly afterwards that Frans Duys had succumbed to his injuries. The Urban Active Cycling Club highlighted his “passion and love for cycling” and commended his dedication to helping others.

A 45-year-old man from Mondeor, south of Johannesburg, has been arrested for perjury. Brig Mathapelo Peters said he was nabbed on Saturday. He had told police he was followed from a Standard Bank branch on Thursday after he had withdrawn cash. He claimed that while opening the gate at his home three male suspects who had been in a white Toyota Fortuner following him, held him up with a firearm and took him into the house, where they robbed him. “An investigation revealed that he opened a false case,” said Peters. The suspect would appear in the Johannesburg Magistrate's Court on Monday. 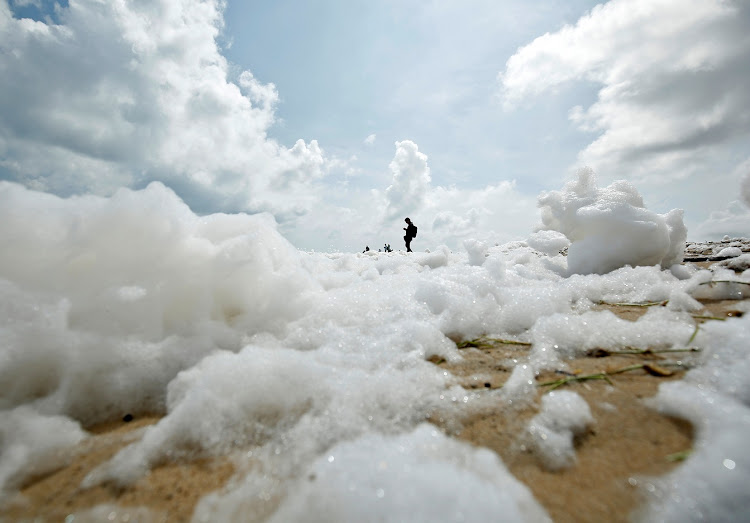 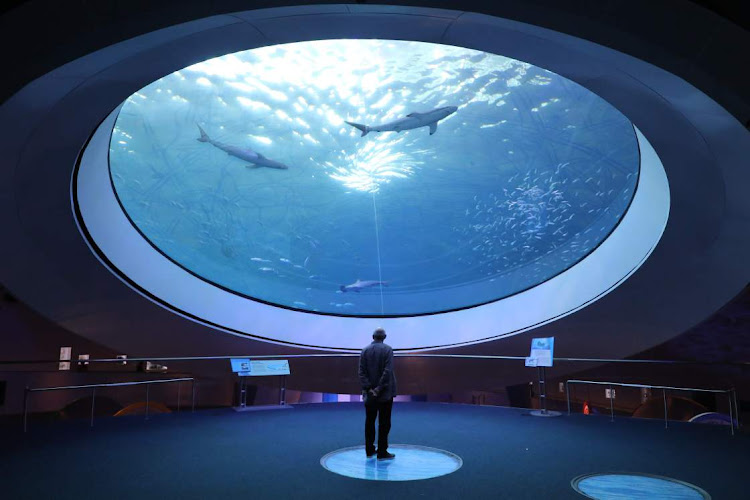 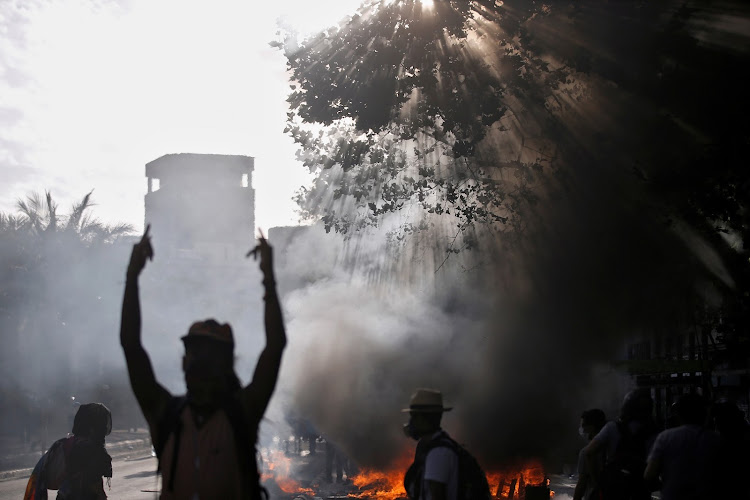 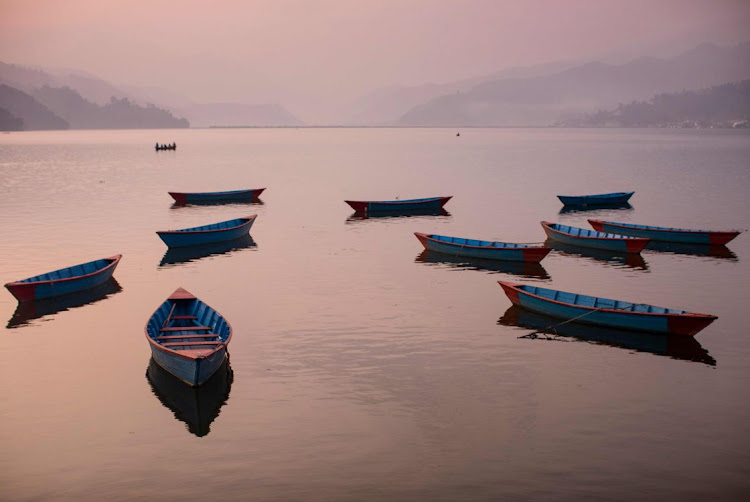 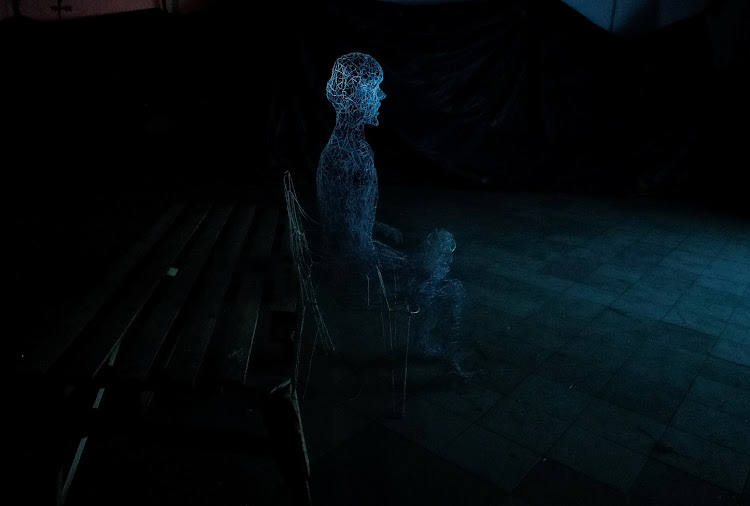 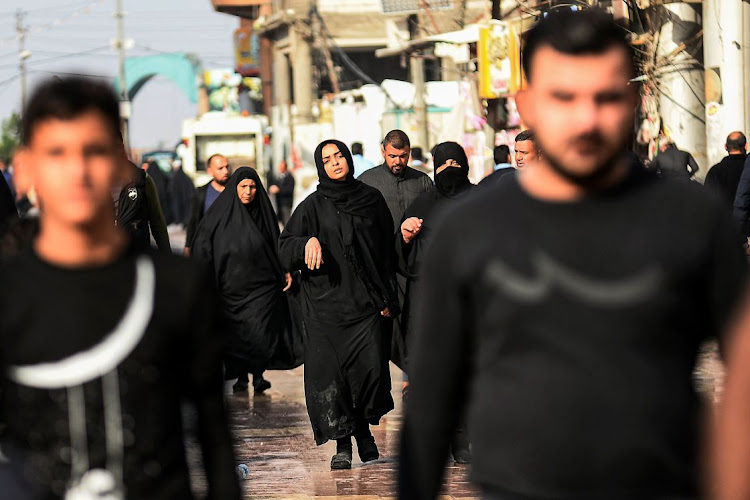 ‘It’s a national shame’: the Brits living in fear of anti-Semitism

As three Jewish children are attacked on a bus, we hear from those whose lives have been blighted by horrific abuse

Beauty and the beasties: your makeup bag’s full of horrid superbugs

E.coli, staphylococcus, fungi – it’s seriously not looking well between all that lippy and eyeliner

TEACHING THE ROPES A newborn orangutan of a critically endangered Sumatran species with its mother at a zoo in Chester, UK.
Image: Chester Zoo/Reuters

Denmark jumpy over greed for Greenland

Denmark has made Greenland a top national security priority after Donald Trump expressed an interest in buying the territory. Danish prime minister Mette Frederiksen responded at the time that it was not for sale. Now, Denmark’s foreign and military intelligence agency has warned of increasing tensions over Greenland involving major powers, including the US, China and Russia, and highlighted the threat ahead of others like terrorism and cyber crime. – Telegraph Media Group Limited (2019)

Dozens of companies have said they will no longer advertise on “Gran Hermano”, the Spanish version of the TV reality show “Big Brother”, after a contestant was shown footage of her alleged rape. Carlota Prado was sent to the diary room to watch a video of how a fellow contestant apparently had sex with her when she was unconscious after drinking. “Please, stop now, please,” a tearful Prado asked. But the tape continued to play. Until being asked to enter the diary room, Prado had no idea of what had happened the previous. – Telegraph Media Group Limited (2019)

Get a backbone, tech giants told

Tech giants have run into controversy after bowing to pressure from governments to change highly disputed and politicised content. Apple came under fire after its maps for users in Russia referred to Crimea, which was annexed by Russia in 2014, as part of Russia. Apple said the move was due to a new law in Russia, but the move was condemned in Ukraine. The row came as Facebook added a correction to a post on the Facebook page of anti-government website States Times Review, following a demand from Singapore authorities who claimed it contained false information. – Telegraph Media Group Limited (2019)

Europe is the new cocaine hub

European countries are so saturated with cocaine that the region has become a hub for exporting the drug to markets such as Australia, Turkey and Russia, according to new data. Record production levels of the drug in South America and new smuggling routes into the Continent mean Europe is now a transit area for cocaine export. The phenomenon is outlined in Europol analysis of the drug market, and comes after Spain seized a submarine carrying cocaine from Colombia in a European first last week. New trafficking routes are also being developed through war-torn west African states. Four million European citizens have used the drug this year. – Telegraph Media Group Limited (2019)

The 2020 US presidential campaign of Kamala Harris has been accused of staff mistreatment and division, and lacking a strategy for success. Harris, 55, was considered a strong contender for the Democrat nomination when she entered the race in January. However, after reaching a peak of 15% in polls in June, Harris has seen her support tumble to 4.3% in the latest polls. Kelly Mehlenbacher, Harris’s senior operations aide, has now quit to work for Michael Bloomberg, who recently joined the race. In her resignation letter, she wrote: “This is my third presidential campaign and I have never seen an organisation treat its staff so poorly.” – Telegraph Media Group Limited (2019)

French hunters are facing calls for compulsory breath tests before using arms amid fears that a spike in the number of deaths this year could be drink-fuelled. Eight people have died in hunting accidents since September and the season still has three more months to run. The death toll has already surpassed the seven who were killed last year. Animal welfare groups say safety legislation fails to address the issue of alcohol consumption. “Today, you can hunt drunk in France, it’s perfectly legal,” said activist Marc Giraud. The problem was that being “merry, a bon vivant who likes to drink and eat well” was part of the hunters’ image “but there is a price to be paid that can be someone's life”. – Telegraph Media Group Limited (2019)

Jog your memory about which running shoe’s right for you

Your kids will benefit if you plan for the worst

Created as a purist driver’s car, the new McLaren Elva has 600kW that will really ruffle your tail feathers

Good ‘ebening’ and goodbye: where it went wrong for Arsenal coach

All the signs had been there for a while, and there was little goodwill once Unai Emery’s reign began to unravel

Blasts from the past: Pollard miss gives Wales the ’17 Test