This is Pravin’s plan for splitting up Eskom. But will it work?

The first phase will be completed by 2021, Gordhan says. Not if we can stop it, say unions

This is how the Guptas feasted on wasted Eskom millions

Whatever the confusing details of the grand rescue plan are, the new CEO is in for a nightmare ride

Will Boks change playing style to one that resembles the battle plan they deploy against the All Blacks?

In a country like SA, safety takes precedence over discounts and vehicle features as drawcards

The Garden of Eden has been found ... and it’s in Botswana

Our ancestors lived near Makgadikgadi 200,000 years ago, before a 'wobble' in the weather forced them out

Tito may not have good news, but he won’t fly a false flag – we hope

He is unlikely, like some tweet-happy politicians, to engage in the sport of Jumping to Conclusions

The counter-revolutionary barbarians have breached the ANC’s walls

Gender inclusivity at work is about more than policy. Period

A suspected burglar was attacked and bitten by two dogs after he jumped from the roof of a house in Gansbaai, Western Cape. Police spokesperson Col André Traut said police responded to a housebreaking and theft on Berg Street at about 11am on Monday. Traut said neighbourhood watch members spotted the suspect fleeing the premises with stolen goods. “They gave chase and the suspect jumped from a roof into premises with two dogs. The dogs attacked the suspect and the owner of the dogs came to the suspect's rescue and took the dogs away,” Traut said. The man sustained injuries to his arms and legs. He was arrested and charged with housebreaking and theft, and later taken to a medical centre under police guard. He is expected to appear in the Hermanus Magistrate’s Court on Wednesday.

Fuel prices are set for slight drops across the board in the wake of oil price retreats in October. This is according to the Automobile Association (AA), which was commenting on unaudited month-end fuel price data released by the Central Energy Fund (CEF). “The rand has pulled back from its high point at the start of October. This ongoing decline in the average exchange rate has meant that most of its losses have been clawed back, and it will have only a modest impact on the fuel price,” it said. International oil prices had also declined slightly as October wore on. “As a result, we are anticipating November drops of between eight and 18 cents for petrol, 14 cents for diesel, and 21 cents for illuminating paraffin”.

A teacher from Clanwilliam in the Western Cape has been stabbed to death in her flat. A 24-year-old man was arrested in connection with the murder of 26-year-old Allison Plaatjies. She had allegedly been decapitated. Plaatjies, who taught Afrikaans to Grade 5s at Sederberg Primary School and was originally from Swellendam, was discovered in her flat on Katjiepiering Street with a number of stab wounds at about 7.15pm on Sunday. “The circumstances … are being investigated. Police members attended the scene and they found the victim already passed on,” said police spokesperson Siyabulela Malo. The suspect is expected to appear in court once charged.

Two hippos, which killed a suspected border jumper trying to illegally cross from Zimbabwe into SA along the Limpopo River, have been shot dead. The victim, who has not been identified, died in the Beitbridge District Hospital, reported the Chronicle in Zimbabwe. The Beitbridge municipality confirmed that the animals had been shot. The incident, which occurred last week, came barely four months after a member of the Zimbabwe National Army, Pelious Moyo, was killed by the semi-aquatic mammals while on border patrol on the banks of the Limpopo River. The latest incident brings to four the number of people killed by hippos in the Beitbridge area since the beginning of the year.

Respected rock climber David Wade was shot dead when he tried to help security guards during a robbery at an adventure farm in Waterval Boven, Mpumalanga, at the weekend. Police spokesperson Brig Leonard Hlathi said the attack occurred at the Tranquilitas Adventure Farm on Saturday evening. Wade had been visiting the camp when he heard security guards screaming for help. The guards were being held up by armed robbers. "According to his wife, he went to investigate and that is when he was shot. Although police arrived immediately after the incident with their dogs, they could not trace the suspects as it was raining," said Hlathi. The attackers were still at large.

A man was allegedly attempting to escape with stolen goods after breaking into a house in Gansbaai, Western Cape. SAPS reported that the man jumped into a nearby yard, where he was attacked by two dogs. The man was arrested and taken to hospital. 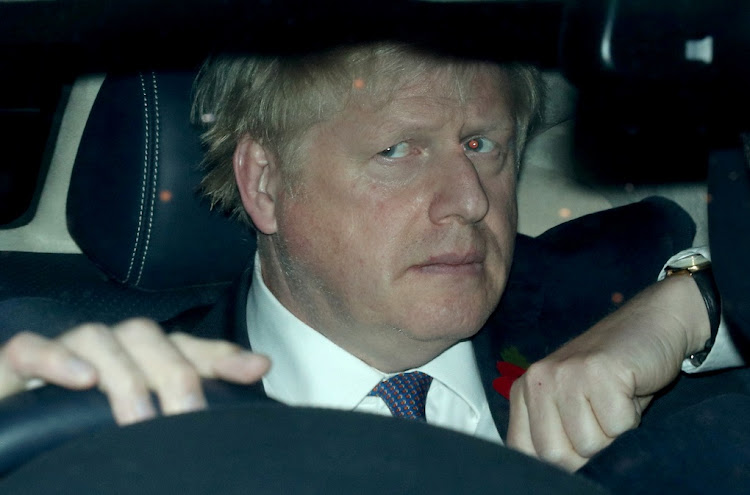 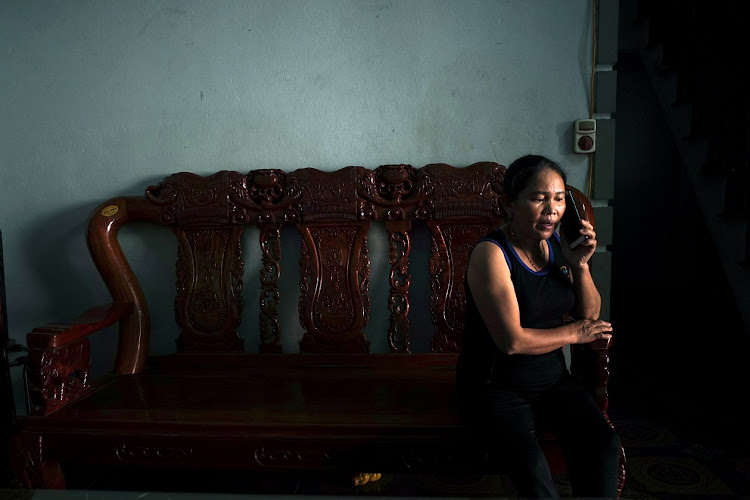 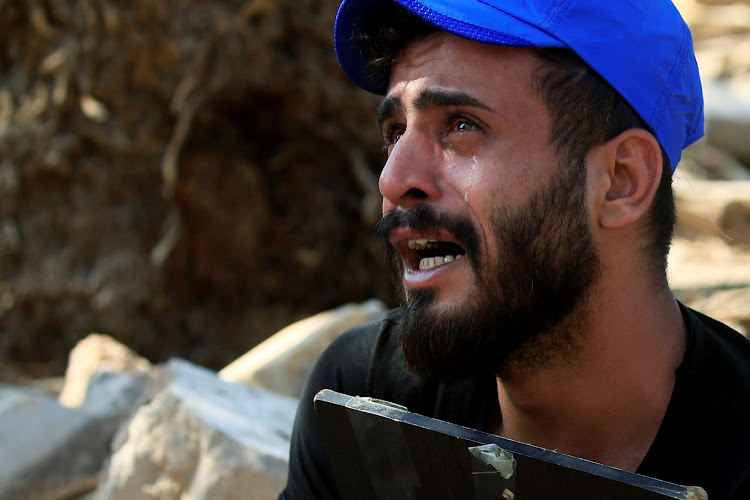 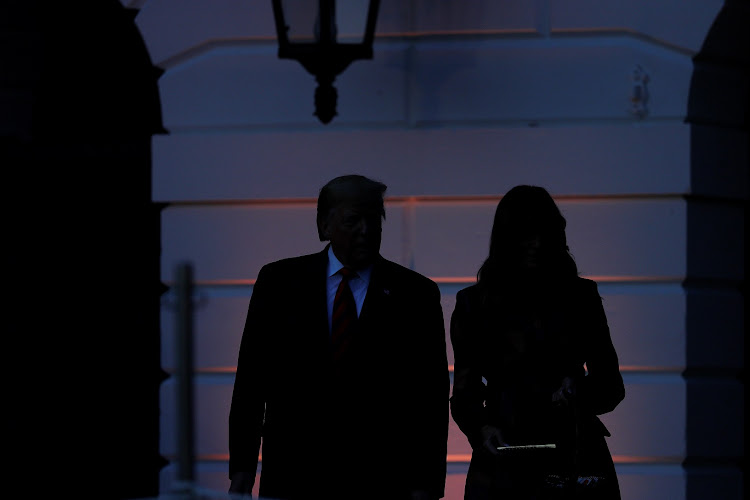 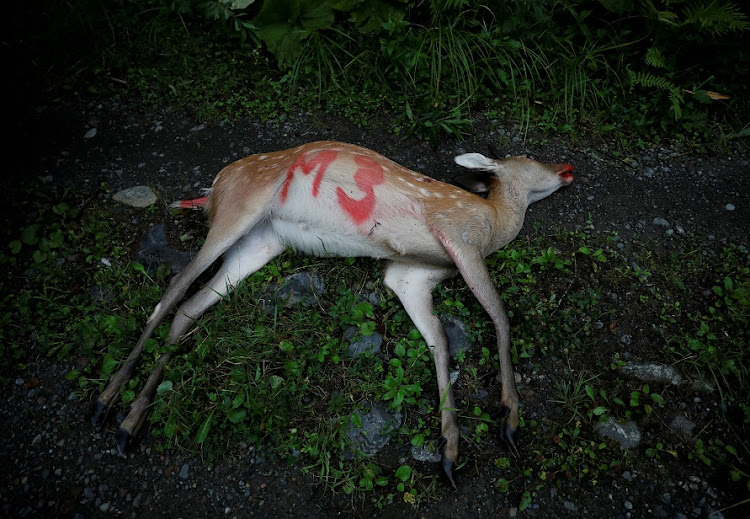 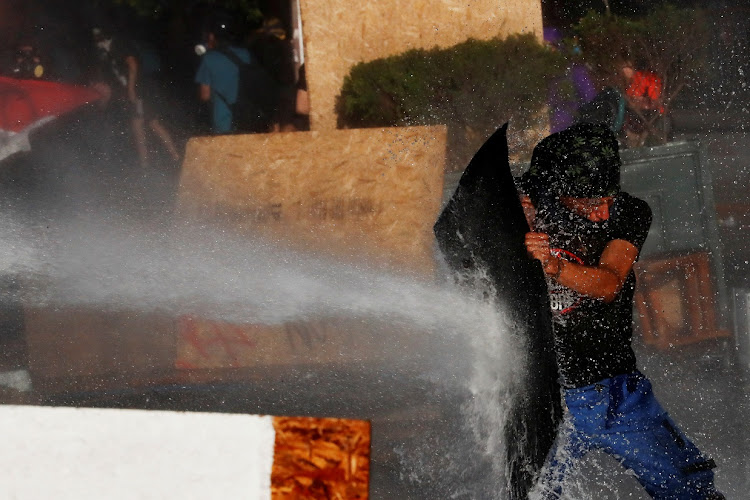 Prisoners say al-Baghdadi’s death will only make the IS ideology stronger, stoking fears of riots and revenge attacks

The decision to award the Jedi contract to Microsoft blindsided everybody. Here are the real reasons

Got more than a wee problem with urinating in public? You’re not alone

Meet the sufferers of shy bladder syndrome, who would rather spend their pennies on Amazon than use a public loo

Morality has loosened up ... except when it comes to cheating on a spouse. There, society has become more strict

IN HELL A house with Halloween decorations is on fire in Los Angeles after a wildfire broke out early Monday near the renowned Getty Centre.
Image: Apu Gomes /AFP

India tries to stick a landing in airspace dispute

The UN’s aviation agency has asked Pakistan for more information about an overflight request from India, after Islamabad denied permission to PM Narendra Modi to cross its airspace. Modi was forced took a circuitous route to Saudi Arabia, and India has since taken up the issue with the International Civil Aviation Organisation (ICAO). – Reuters

Egypt’s first smartphone maker, SICO, said it would begin exporting its devices to Germany in November as part of its expansion plan to sell its products in Europe and Africa, its chairperson said. SICO, which already exports to the Gulf, said it signed an agreement in October with a company operating in Europe to market its products. Other export destination include Holland and Austria, then Sweden, Norway and Finland. – Reuters

On a different note, Zim gets new coins

Zimbabwe’s central bank will introduce some notes and coins in the Zim dollar currency in the next two weeks, the latest step towards restoring the domestic currency, central bank governor John Mangudya says. The new money, consisting of 5 dollar notes and 2 dollar coins, will be introduced gradually to avoid driving up inflation, Mangudya said. – Reuters

Fifteen Buddhist pilgrims, including a monk, were killed after their flatbed truck plunged off a 300m cliff in eastern Myanmar, police said Tuesday, blaming faulty brakes. The accident occurred as the truck carrying 25 people was returning from a Buddhist festival. The ten others were severely injured. – AFP

Nepali mountaineer Nirmal Purja smashed the speed record for summiting the world’s 14 highest peaks, racing up all “8000ers” in just six months and six days, organisers said. The previous record for the 14 mountains above 8,000 was almost eight years. – AFP

German Chancellor Angela Merkel and her protege Annegret Kramp-Karrenbauer are facing open criticism from fellow conservatives after a state vote rout that threatens to blow open the question of who will run for chancellor in a 2021 election. Merkel’s CDU slumped into third place in the state of Thuringia. The result has caused a split in the CDU over whether it should work with the radical Left party, which came first in the state election. – Reuters

Why it’s worth keeping more than a beady on Cartrack

Famous Brands is in a hurry to get its Wimpy app up and running, while Pick n Pay gears up for Black Friday

Just Eat buyout: Take it away, Naspers, and that’s an order

Naspers, through its subsidiary Prosus, aims for world domination in the online food delivery market

That’s the spirit: Sipping tips from a single-malt specialist

All vine and dandy for SA’s best-kept dining secret

FREE TO READ | Family-run Abingdon Wine Estate in the KZN Midlands began as ‘a bit of a mad idea, a bit of a midlife ...

Blasts from the past: Pat spins web for SA