FREE TO READ | He rushed in with his eyes wide open, so it’s a insult to say he should be immune from  the consequences

Mashaba: Why I am not a hypocrite on race and racism

Outgoing Joburg mayor says his stance on race, BEE and affirmative action does not contradict his 2015 statement

Kick and kick again: How the Boks got past Wales

FREE TO READ | Mom sold Tupperware to make sure her child joined the 1,000 who have been safely hidden away

Let there be light because the customer is God

Is 6 months really long enough for a woman to recover from abuse?

Sleeper hit: innovation to put apnoea sufferers out of misery

They wrote it this week: So that’s how a stripper hides her cellulite!

‘Bigger than the bomb’: The forgotten radar battles that helped win WW2

The reptilian return of pop android Gary Numan ... like he ever left

The synth-pop phenomenon talks about new albums, Asperger syndrome, his midlife crisis and why he left Britain

The home of communications minister Stella Ndabeni-Abrahams in Marhambeni village home in Mthatha was engulfed by a fire on Sunday morning. Firefighters and residents had to rush in to douse the flames. No one was injured according to villagers. Ndabeni-Abrahams could not be reached for comment as she was believed to be on a flight. A man who did not want to be named said two fire trucks were currently at the scene. "We are still here trying to put the fire out. Many things, including her furniture have burnt down. We do not know the cause of this fire yet," the man said.

Police in Mankweng have opened a case of murder after a 12-year-old boy shot his three-year-old brother dead at Makgeng village, gaMolepo, in the Mankweng district east of Polokwane. The mother, who heard the gunshot, found the critically injured child and rushed him to the local clinic but he was certified dead on arrival. The firearm belonged to their 53-year-old father, a former security officer, who was apparently not at home at the time of the incident. The firearm has been seized by the police and an investigation is presently being conducted. Limpopo police commissioner Lt-Gen Nneke Ledwaba has condemned the incident and directed that, in addition to the investigation into the circumstances of the shooting, appropriate steps must be taken against the father for keeping the firearm in contravention of the Firearms Control Act.

Two ill crewmen had to be evacuated from ships and ferried by sea rescue craft to Cape Town for treatment on Saturday, the National Sea Rescue Institute said. Tome Mendes, NSRI Table Bay duty coxswain, said the crew was placed on alert on Friday evening by the Transnet National Ports Authority to evacuate a crewman requiring medical care from a cargo ship approaching Cape Town which was expected to arrive in Table Bay in the early hours of Saturday. During the night, it was learnt that a second ill crewman needed to be evacuated from a bulk carrier cargo ship that was also approaching Cape Town. The two, a 32-year-old Russian from the ship’s medical crew and an ill 22-year-old Filipino, were taken to hospital in a stable condition.

A body believed to be that of missing Herolds Bay mother Heidi Scheepers has been recovered from the ocean by police divers. Police spokesperson Capt Malcolm Pojie said the body was handed over to forensic pathology services to conduct an autopsy to determine the cause of death. "At this moment in time we believe it is the body of Heidi Scheepers." However a formal identification would be conducted, Pojie said. Meanwhile, police divers, together with air support, are continuing the search for Heidi's daughter, Cuzette, 6. The body of her two-year-old son, Hugo, who was with them at the time of their disappearance last Tuesday, was found floating in a gorge in Voëlklip on Thursday.

October 26 is a hard day for Ntombifuthi Meyiwa, the mother of slain Bafana Bafana goalkeeper Senzo Meyiwa, since it marks the fifth anniversary of his death. She is determined to fulfil her husband's dying wish to get justice for his son. She has now pinned her hopes on National Director of Public Prosecutions Shamila Batohi after a recent meeting family members had with the Gauteng director of public prosecutions, Andrew Chauke, who has recommended that a new team take over the murder investigation. In an attempt to get answers about why Meyiwa's murder remains unsolved, Miya met Chauke last month. Chauke told him he was not happy with the progress being made by the investigating team and that his office had requested that the investigation team be changed.

Picket at Gupta compound fizzles out in rain

A picket in protest against alleged corruption by the Gupta brothers and to call for their extradition to SA “so they can face the law” ended prematurely on Friday due to bad weather. The protest, staged by the Ahmed Kathrada Foundation, Active Citizens Movement and Joburg Against Injustice, outside the Gupta compound in Saxonworld, Johannesburg, was attended by about only 50 people. One of the organisers, Ride Pillay, said the picket was a symbolic gesture to highlight the damage created by the brothers who were still walking free. 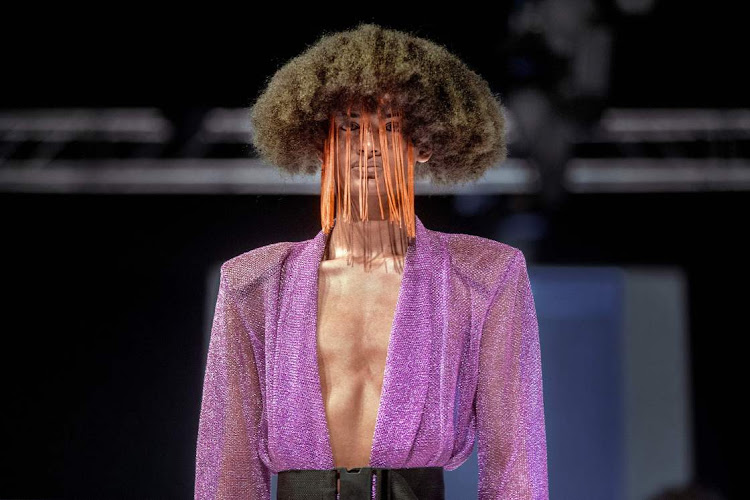 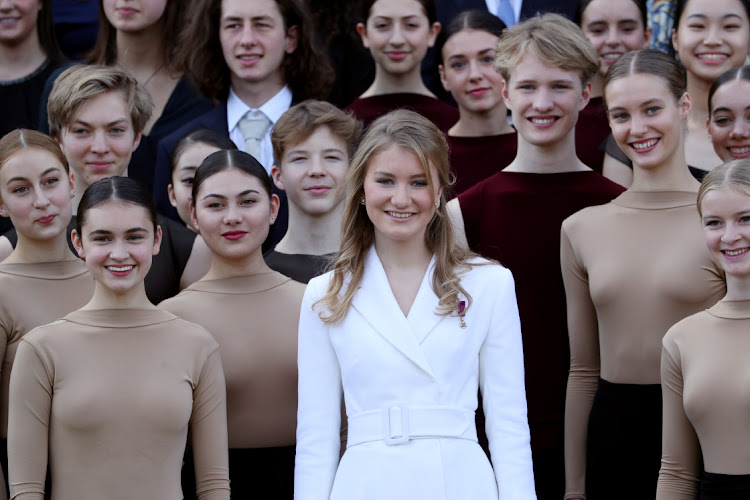 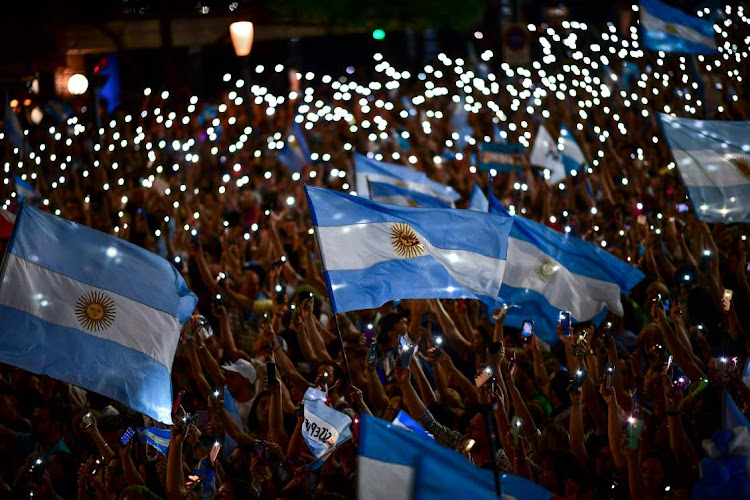 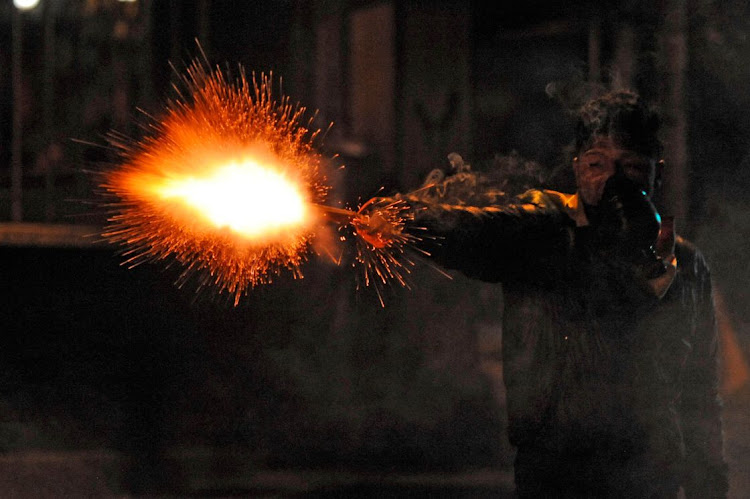 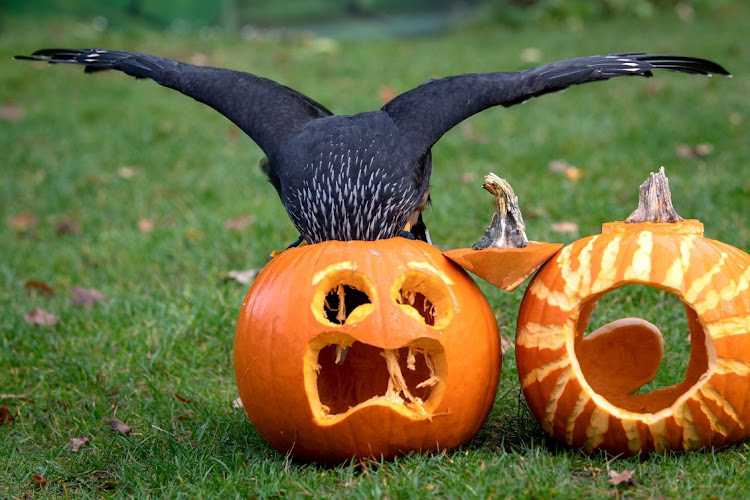 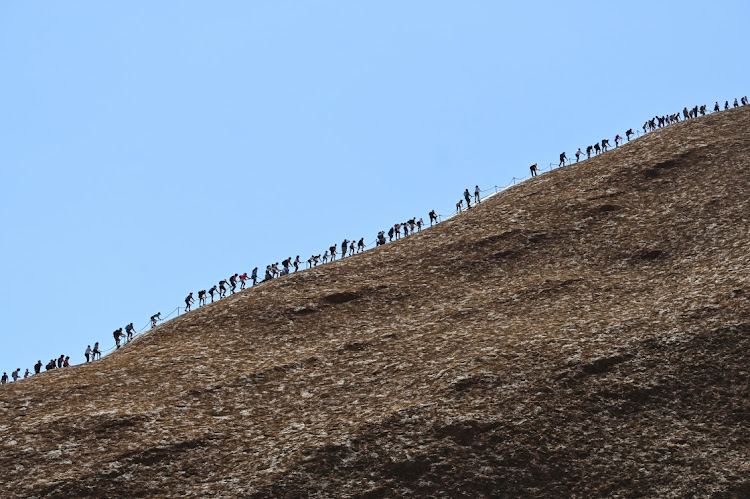 Reign of death: The bloody trail left by slain IS leader Baghdadi

A ‘new Hitler’ is Björn, and more and more Germans think he’s a hero

Rabid anti-Semite Björn Höcke, who is being watched by intelligence services, is gaining ground fast

Forget it, Zuckerberg, the Libra isn’t a rival to the dollar

We need a more equitable alternative, but I must disabuse Mark of his new bid for world domination

They were once lords of the forest, hulking great beasts wandering the wilds of Bulgaria. Now, bison are back, with conservationists in the Balkan country celebrating the birth of the first bison calf in the wild for more than eight centuries. A herd of seven bison was released into a nature reserve in the Rhodope Mountains this year, with a female recently giving birth to a calf. “This is the first wild bison born south of the Danube since the Middle Ages,” said Hristo Hristov, a member of the reintroduction project. – Telegraph Media Group Limited (2019)

Now you can gabble in Google searches

Google will better understand search requests after altering its algorithm to read full sentences rather than key words, in its biggest system change in five years. Its natural language processing ability is seen as a breakthrough, as this is one of the most difficult problems in AI. The new technology will work best for longer, more conversational queries. It assesses every word at the same time, instead of reading them sequentially. – Telegraph Media Group Limited (2019)

Sorry, you can’t exhume a corpse to make a ring

A British widow who wanted to exhume her husband’s ashes to make a tribute ring has been refused permission by a church court. In one of the more bizarre cases heard by the Church of England’s Consistory Court, the woman, whose husband died 16 years ago, asked a judge to allow the ashes to be dug up to create a ring made of ashes mixed with glass crystals as a “memento” for her daughter. – Telegraph media Group Limited (2019)

A newly identified species of beetle has been named after Greta Thunberg, the environmental activist, by experts at London's Natural History Museum. Nelloptodes gretae, which is less than 1mm long and has no eyes or wings, belongs to the Ptiliidae family of beetles. It was first collected in samples of soil and leaf litter from Nairobi, Kenya in the 1960s. Dr Michael Darby, who identified the new species, said he picked Greta’s name in recognition of her work highlighting the plight of wildlife. – Telegraph Media Group Limited (2019)

Severe drought in Australia has driven farmers to ask the government for “exit packages” to abandon their land, as parts of southern Queensland pass more than 100 days without rain. The country’s National Farmers Federation said last week it had written to the prime minister to ask for a financial incentive for farmers to leave their land, along with other measures to help. – Telegraph Media Group Limited (2019)

France cheesed off with award

A British cheddar and a US blue cheese have surpassed French varieties to take top awards at an international competition, a result described by a French newspaper as “sacrilege”. This year’s World Cheese Awards have left a sour aftertaste in France, which considers itself the home of fine cheeses. It is not the first time that British and other non-French cheeses have won top international prizes. This year, however, it was particularly humiliating for France that camembert, comté and roquefort were conspicuously absent from the highest rated of 3,804 cheeses from 42 countries. The Gallic disdain for cheddar is legendary. – Telegraph Media Group Limited (2019)

Eskom is ethically bound to provide cheap, clean power to all

Albert Lin: On the edge of a great new age of exploration

A healthy argument in favour of every women’s well-being

Bok scrumhalf proves size doesn't mean half as much as tactical thinking, wit and invention

Blasts from the past: Moruti keeps his IBF crown in Italy