Is this the man who will save the DA from itself?

Critics may relish the DA’s implosion, but it is a national crisis

Pressure ratchets up on all four teams (ja, even the Kiwis)

FREE TO READ | Coaches and teams feel the heat as semifinals loom, and Rassie just wants respect back

‘I’m broken,’ says man whose wife and daughters were killed by her lover

FREE TO READ | Indecent exposure, a heartwrenching letter and claims of being set up played out during Collin Pillay's ...

In a rare case, the suspect is being charged for murder with a body not having been found

Gauteng set aside R2bn to fix hospitals over the next three years, but right now patients just have to wait

Women can now pee while standing, thanks to gender-neutral urinal

My hero died at 103, but then an older one danced into my life

Long after chilly days, a toothless nuke pops under the Irony Curtain

THE VALLEY OF THE RISEN The Valley of the Fallen, the state mausoleum where late Spanish dictator Francisco Franco is buried, is seen before his exhumation.
Image: Reuters/Sergio Perez

The Airports Company of SA (Acsa) has impounded an aircraft owned by Air Zimbabwe over debt. Insiders at Air Zimbabwe said one of the national airline’s aircraft, a Boeing 767-200, was impounded at Johannesburg's OR Tambo International Airport on Wednesday. This comes as Air Zimbabwe was suspended from using the airport due to non-payment of debt. Air Zimbabwe owes Acsa payments for landing, parking and passenger service fees for flights into Johannesburg. As a result of the suspension by Acsa, Air Zimbabwe could not operate its Johannesburg-Harare flight on Wednesday, its Harare-Johannesburg flight on Thursday, or its domestic flights between Harare-Bulawayo and Victoria Falls.

Thieves made off with a branded 62-seater bus from a special needs school at Klerksdorp in North West. Police spokesperson Amogelang Mabihi said the bus was last seen parked at Keurhof School at about 3pm on Wednesday. “This morning [Thursday] the complainant got a call from one of the bus drivers to ask about the whereabouts of the bus. The bus was nowhere to be found,” Mabihi said. The thieves allegedly gained entry to the school by breaking padlocks at the rear entrance. “They used the same entrance to flee the scene. The bus still has the Keurhof branding on the sides.”

Car of missing mom and kids found in sea

A search for a missing mother and her two children who disappeared on Tuesday night has ended after a vehicle resembling theirs was located in the ocean at the foot of a cliff. By late Thursday morning rescuers found part of a wrecked VW Caravelle at the foot of the cliff in Voëlklip, on the outskirts of Herolds Bay. The vehicle, which is totally submerged, was spotted at low tide when a searcher noticed a tyre sticking out from the water, HeraldLIVE reported. By 11am police revealed the rescue had turned into a recovery operation, but confirmed no bodies had been located. Police added that until the vehicle is hoisted out they cannot confirm it is the one belonging to the missing family. The search for Heidi Scheepers, 35, her daughter, 6, and son, 2, comes after they disappeared at about 6pm on Tuesday.

AfriForum confirmed on Thursday that it would privately prosecute former SA Revenue Service (Sars) commissioner Tom Moyane for an alleged “ninja-like” assault on a young woman. Moyane, in May 2018, allegedly kicked the then 17-year-old mother in the face “like a ninja”, and “rugby-tackled” her during an argument at a house Weltevreden Park‚ Johannesburg, the Sunday Times reported. The house was owned by Moyane and his wife Thandi. Advocate Gerrie Nel said on Thursday the organisation was approached by members of the community to prosecute Moyane.

Rand Water is implementing stage two water supply restrictions. The City of Johannesburg said this was due to increased use in the heatwave, with Rand Water concerned that this is unsustainable. The city confirmed that use had risen at an “alarming rate”. Johannesburg Water has begun throttling reservoirs by between 20% to 40% in line with the restrictions imposed by Rand Water. Another heatwave is expected this weekend, and the city has appealed to customers to use water sparingly. Rand Water has called a briefing for Friday, at which it will share how it intends “to address the current water demand issues and their immediate impact on consumers”. The city said this week the Vaal Dam's levels had fallen below 50% for the first time in nearly three years. Around the same time last year it was more than 86% full.

The Equality Court on Thursday dismissed an application by the SA National Editors Forum and five journalists against the Economic Freedom Fighters (EFF) and its leader Julius Malema. Sanef and the journalists had asked the court to declare statements that Malema made outside the state capture commission in November 2018 as hate speech. The journalists are Adriaan Basson, Pauli van Wyk, Max du Preez, Ranjeni Munusamy and Barry Bateman. In his address outside the commission in 2018, Malema criticised journalists who did not ask public enterprises minister Pravin Gordhan, who was on the day testifying before the commission, the questions that he, Malema, wanted to hear. He likened the media to the apartheid government’s “Stratcom” disinformation campaign. Malema told his supporters: “Where we meet the enemy, we must crush the enemy. On Facebook, Twitter, social media, be there, guard the revolution. When the enemy raises its ugly head, don’t hit the head, cut off the head.”

Staff at a Brakpan Chicken Licken were robbed at gunpoint on October 18. The suspects made off with an undisclosed amount of cash. 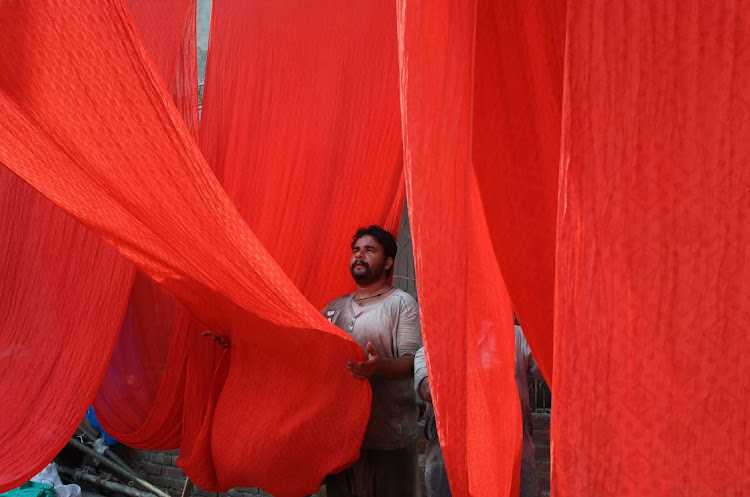 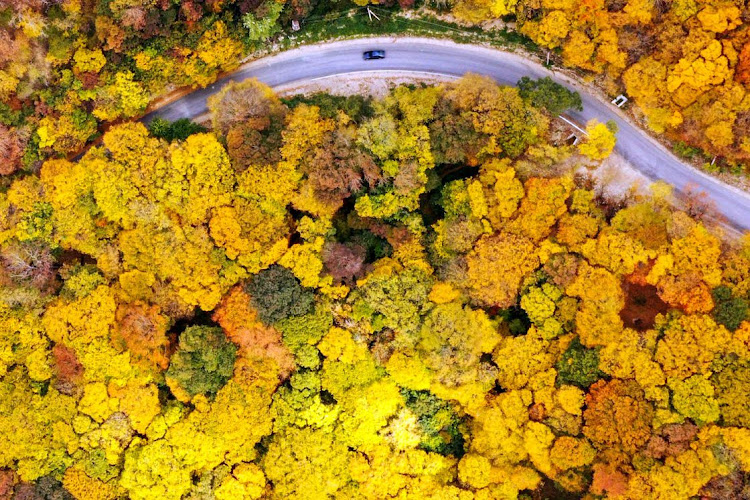 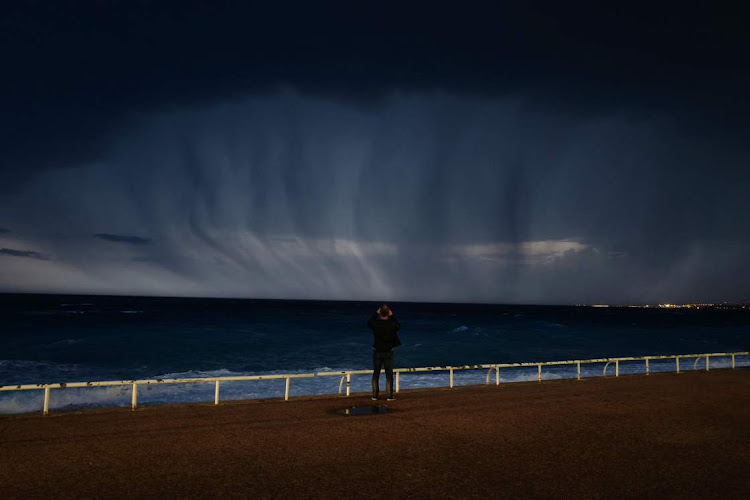 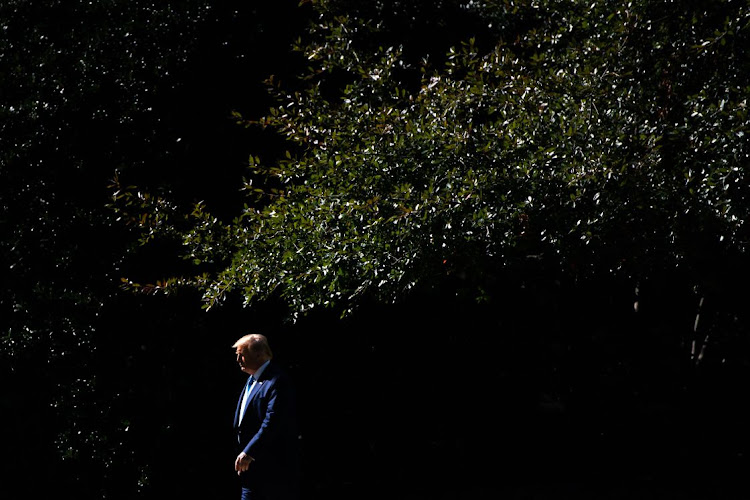 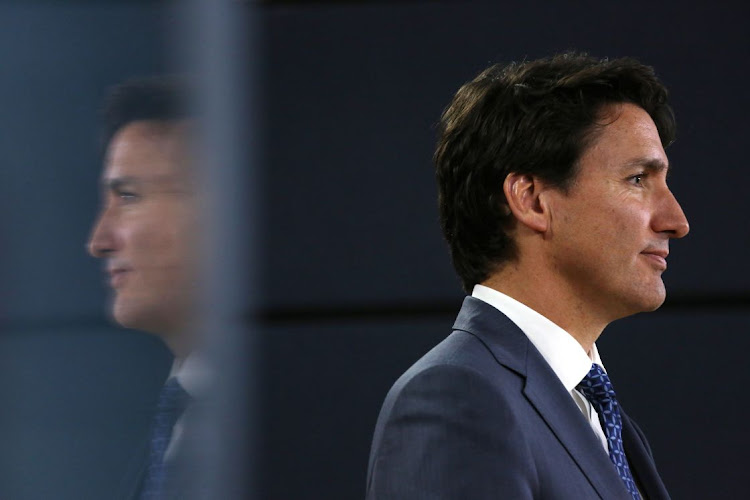 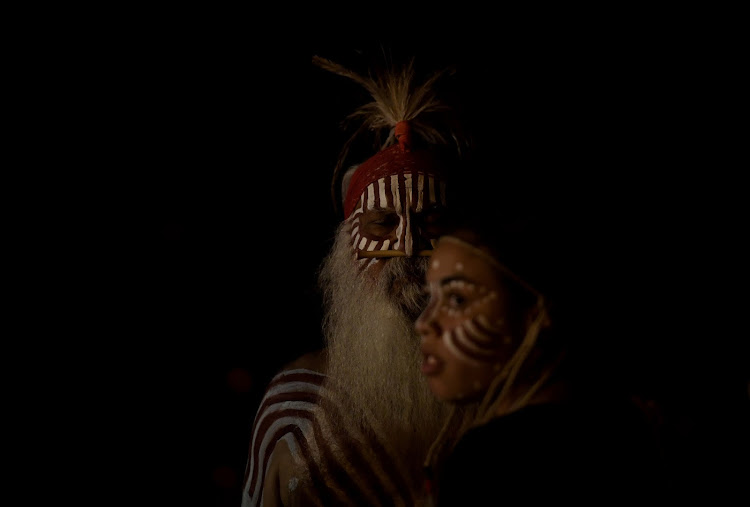 Thicker skin, no bananas … and other candid tips for Harry and Meghan

The Sussexes’ wedding generated such joy, but since then they've blundered from one unforced error to the next

While Google and IBM bicker, here’s what the quantum claim means

The squabble between the rivals sound esoteric to the rest of us, but behind it all is the next giant leap in tech

Kim Jong-un has ordered the destruction of all facilities built by South Korea at the Mount Kumgang tourist zone, apparently because of Seoul's refusal to break ranks with the US. The North Korean leader visited the resort, opened in 1998 and initially operated by the two nations and seen as a way of improving cross-border ties, and declared that "all the unpleasant-looking facilities" designed by South Korea should be torn down, state media reported. In their place, North-style "modern service facilities" would be built. Trips over the border came to a sudden end in July 2008, after a North Korean soldier shot dead a South Korean tourist who had strayed into a restricted zone. With ties warming, discussions had begun about South Korean tourists returning to Mount Kumgang. But that ended as North Korea has accused Seoul of failing to meet its commitments to improve relations. – © Telegraph Media Group Limited (2019)

A Singapore restaurant has suspended a bizarre promotional stunt where customers use an arcade-style machine with a mechanical claw to catch live crabs after it sparked an uproar online. A video of the pink machine, containing the creatures and emblazoned with a picture of a smiling red crab under the phrase "Come and catch me", went viral this week. Similar to machines where people pick up soft toys, customers use a joystick to move the claw over the creatures before lowering it to try to grab one. If successful, the customer can have the Sri Lankan crab cooked on the spot free of charge, choose to take it home, or leave it at the House of Seafood to eat another time. – AFP

A tete-a-tech with the Mona Lisa

The Mona Lisa is conspicuously absent from the Louvre's retrospective of Leonardo da Vinci, but the world-famous Florentine makes up for it by holding court in a virtual reality experience. Organisers of the show left the masterpiece in its usual home, the Salle des Etats, fearing crowd-control problems. Instead, visitors can enjoy a virtual "tete-a-tete" with Madonna Lisa del Giacondo, who comes to life in the eight-minute immersion experience. But be prepared for a few surprises. For one thing, what appears today to be the young woman's hair is actually a gossamer veil - a symbol of virtue - with most of her hair tucked into a tight black cap, leaving just two hanging tresses. You’ll also note the 24-year-old Lisa was quite svelte for a mother of five, a fact no longer apparent in the timeworn, heavily varnished painting, in which she appears somewhat plump. - AFP

A week into daily demonstrations that have gone on into the early hours, the Lebanese may be in need of a pick me up - and the country's most famous drug dealer offered just that. Nouh Zaiter, a hashish dealer on the run from Lebanese authorities, delivered a blunt message in support of anti-corruption protests that have crippled the country. The self-styled Lebanese Robin Hood released a video on a local news site calling on protesters in the eastern Baalbek region to demonstrate on Thursday evening. "I hope that everyone who goes to the protests brings a Lebanese flag with them," he said, in an address laced with anger. "I hope that every oppressed and deprived person goes to the square," he said, wearing a baseball cap backwards, a hoodie and a chain around his neck. - AFP

The staggering decline of honey bee colonies has alarmed experts across the US, but an unconventional apiculturist in California thinks he has found a way to save them. Michael Thiele has championed an approach he calls the "rewilding" of honeybees, allowing them to live as they did for millions of years - in natural log hives high above the ground. "We can do this very, very simple thing - return bees into their natural nest environment, into their natural biosphere," said German-born Thiele at his home in Sebastopol, California. Thiele's method consists of hollowing out logs and strapping them high on tree trunks to mimic bees' hives before they were domesticated. He also sometimes suspends them from barn rafters or perches them high on wooden tables for a similar effect. – Reuters

Airbnb for ex-prisoners an easy cell

Spare rooms are no longer just for guests and Airbnb. The lucrative room-letting business has inspired a new way of housing ex-inmates as the US tests a raft of innovations to ease prisoner release, when a place to call home is a top priority yet often the hardest thing to find. Ex-prisoners say the freedom and security they get from a room of their own is a huge turnaround after a decade-plus in crowded jails, and an opportunity to start afresh. Since August 2018, the Homecoming Project has been matching people due to leave prison with local hosts with spare space in Alameda County, outside San Francisco. Researchers, advocates and policymakers increasingly say that safe and stable housing is critical to helping prisoners adapt to life in the outside world - and to staying there. - Reuters

Wake up Africa, big global money’s waiting to be spent

A Succession of Harlots, you say? Five hot series to watch

FREE TO READ | Back-stabbing, love, hookers, cooking and hip-hop contests ... all set for your weekend binge

Blasts from the past: Weaver donders Coetzee