From A to Zille: the rise and fall of Maimane

FREE TO READ | In the beginning she trumpeted his qualities, and in the end she delivered the final nail in his coffin

FREE TO READ | As Maimane and Trollip quit, no one even knows how to pick a new leader

His art got hell, but he is praised from above

FREE TO READ | Matric whose art whipped up fury among Christians has hit back, and experts back him up

Defence grills teen: ‘Miguel’s mother told you to say this’

It was a gruelling two days for a Durban teen who, despite testifying via a video link, had to point out the suspect

What a state of home affairs, as judges despair over treatment of Germans

‘Chairgate’ doctors still have to fight to get their reputations back

Suspension and dismissal may have been lifted over ‘theft’ of two chairs from Cape hospital, but the charge remains

10 things doctors do that people have no patience for

FREE TO READ | Like a GP’s lateness that comes from knowing that, in your desperation to heal, you will wait anyway

As Mae West almost said, keep a diary and someday it will keep you alive

100 years later, the success one of literature’s greatest diaries would calm its writer’s fears

Sanity down the toilet: the trans lobby bullies have gone too far

A LEAP People play with water from a fountain near the ‘Warrior on a horse’ monument in Skopje, North Macedonia.
Image: Reuters/Ognen Teofilovski

Computicket has lost its appeal against a R20m penalty for abusing its dominance of the ticketing market. The penalty was imposed in January by the Competition Tribunal, and the Shoprite-owned firm took its case to the Competition Appeal Court. But on Wednesday, Judge Nolwazi Boqwana upheld the tribunal’s finding and sanction. Computicket not only attempted to exclude rivals from the ticketing market, she said, but “there is evidence pointing to actual harm on consumers”. Boqwana also dismissed Computicket’s argument that a penalty almost equal to 10% of its turnover was excessive. The case has its roots in 1999, when the ticketing company introduced exclusivity clauses in its contracts with inventory providers such as theatres and concert promoters.

Police in Potchefstroom arrested two brothers who were found with the body of a woman in the boot of their car. During routine patrols on Monday, officers noticed a suspicious-looking vehicle close to Ikageng, and gave chase when the occupants fled. The car eventually hit a tree and came to a halt. Police searched the vehicle, making the grim discovery. The victim was the girlfriend of one of the suspects. The two brothers, aged 30 and 38, were taken into custody. "On searching the vehicle, the police discovered a body of a female. The brothers were then arrested for alleged murder," said police spokesperson Col Adéle Myburgh. "Preliminary investigation into the matter revealed that the woman was a 38-year-old suspect's girlfriend. The latter was a resident of Ikageng township outside Potchefstroom." Both suspects will appear in the Potchefstroom Magistrate's Court on Thursday.

Irregular expenditure by government departments and state-owned entities continues to skyrocket, rising to R61.3bn from R50.1bn in 2018. This is according to auditor-general Kimi Makwetu, who was briefing parliament's standing committee on public accounts about the audit outcomes of all national and provincial government departments as well as SOEs for the 2018/19 financial year. His report said several provincial departments from KwaZulu-Natal (health and transport), and Gauteng (health and transport), and the national department of water and sanitation, accounted for the lion’s share of the R61bn irregular spending.

A woman allegedly held hostage by a rapist is at the centre of unrest that erupted in Witbank this week, leading to the torching of several houses and looting of a CBD bottle store. Police said a Johannesburg woman claimed to have escaped from a man who lured her to Witbank with the promise of a job and held her hostage since Sunday. He allegedly raped her numerous times, Capt Eddie Hall said. She escaped on Monday night and fled to the taxi rank in the CBD where she told members of the taxi association about her ordeal, and they decided to take action, he said. They beat the alleged rapist and his brother after the latter pulled a gun on them, and then “went on a manhunt, attacking several houses believed to belong to drug lords in the area”.

A man who intended to illegally hunt wildlife inside the Kruger National Park two years ago was sentenced to an 18-year prison term after being found guilty of a number of offences. The National Prosecuting Authority, which welcomed the sentence, said Alfred Mkhonto was arrested in 2017 when he and two accomplices were confronted by park rangers while they were walking between Skukuza and Pretoriuskop inside the reserve. One of his accomplices allegedly pointed a firearm at the rangers. The rangers fired first and killed the other two poachers, while Mkhonto was shot in the leg and arrested. Mkhonto’s sentence of 18 years’ direct imprisonment was passed after he pleaded guilty at the Mhala Magistrate’s Court to trespassing in the park, possession of an unlicensed firearm, possession of a firearm with intent to commit a crime, and possession of unlicensed ammunition.

Tile retailer carpeted over the R-word

Don’t use the R-word, especially when you’re just trying to sell something. That’s the instruction from the advertising watchdog to tile retailer Italcotto, which has to scrap a radio ad declaring: “SA’s officially in recession.” Listener Wouter de Witt complained to the Advertising Regulatory Board that the claim was incorrect, adding that it created unnecessary negativity. Italcotto responded that it simply wanted to offer “some form of reprieve or financial saving” to hard-pressed consumers, and did not intend to mislead. But the watchdog said its task was simple: to decide whether the “officially in recession” claim was factually correct. The watchdog said Italcotto’s claim was misleading and ordered it to withdraw or amend the ad immediately.

In the past few years, SA has seen an escalation in school violence. We speak to various people at the forefront of the issue during this investigation to get a better picture and to find out if our schools really are getting more violent. 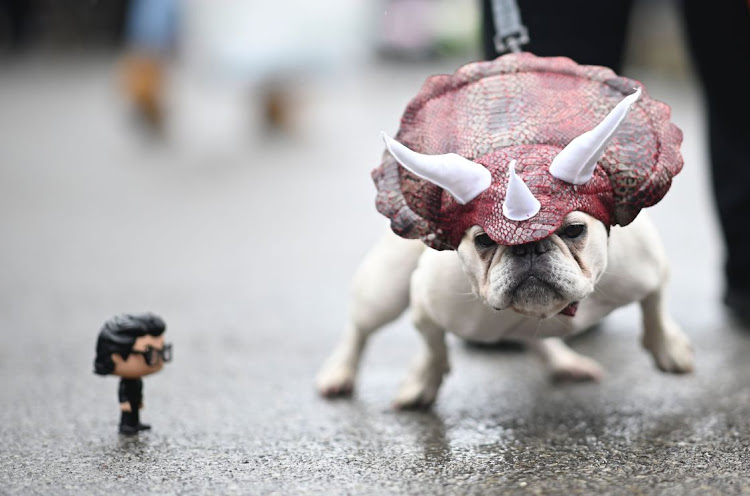 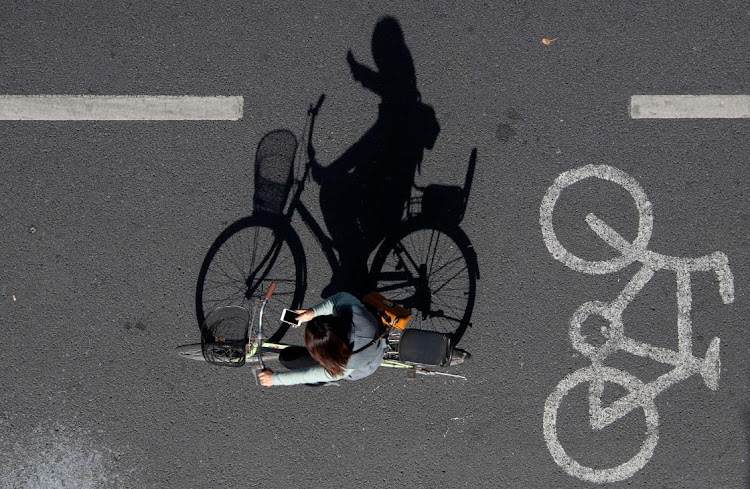 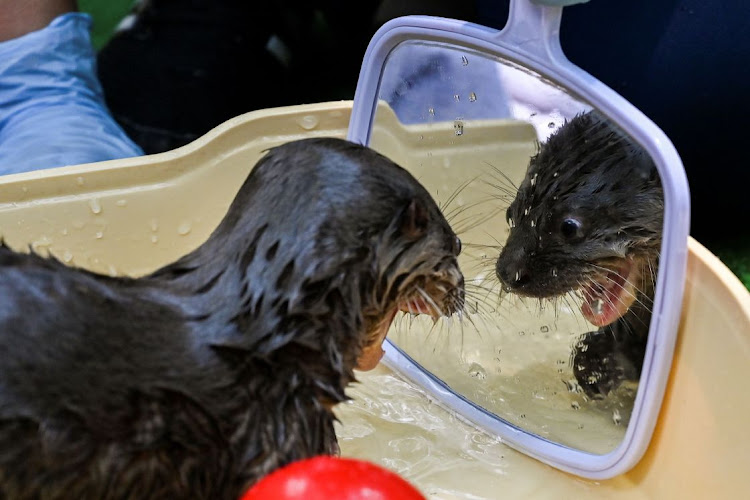 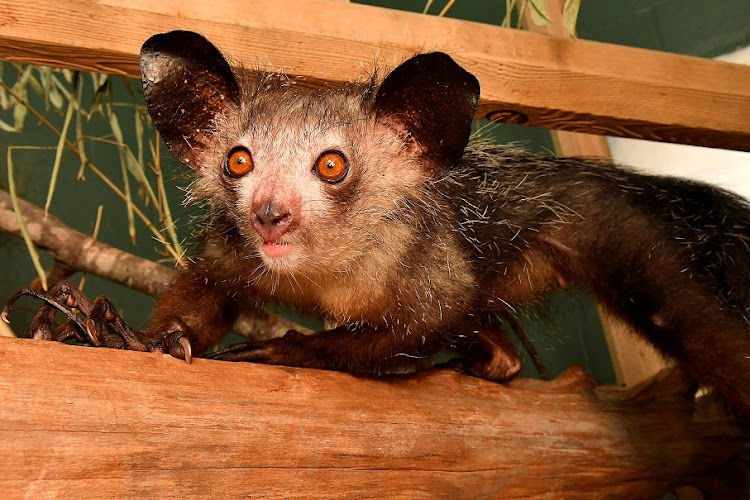 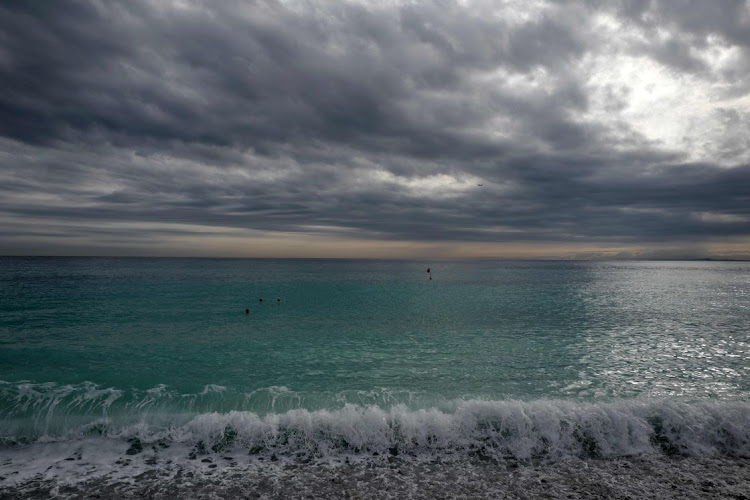 Now oldies are skinny-obsessed, and Goop put the fat in the fire

The ‘lean’ aesthetic is no longer a young thing, and Gwynnie’s loopy website is egging on desperate souls

Are your kids of the four-legged kind? A pet prenup is for you

Pokemon Gogos armed with smartphones are on the prowl

As  populations age, new ways must be found to keep the elderly healthy. This Spanish town is leading the way

Scientists claimed on Wednesday to have achieved a near-mythical state of computing in which a new generation of machine vastly outperforms the world’s fastest super-computer, known as ‘quantum supremacy’. Experts working on Google’s Sycamore machine said their quantum system had executed a calculation in 200 seconds that would have taken a classic computer 10,000 years to complete. A rival team at IBM has already expressed scepticism about their claim. But if verified and harnessed, the Google device could make even the world’s most powerful supercomputers — capable of performing a giddying 20,000 trillion calculations per second — look like an early 2000s flip-phone. — AFP

A pet cafe in China where dogs are dyed black and white to look like panda cubs has triggered a heated online debate over the treatment of animals. The Cute Pet Games cafe in Chengdu, capital of southwest Sichuan province which is home to China’s famous giant pandas, features six panda-like Chow Chow dogs. The cafe owner said he had started offering pet dyeing services after the panda dogs became an instant hit with clients. The hashtag ‘Dye a dog into a panda for 1,500 yuan [about R3,000]’ has gone viral with more than 170 million views on China’s Twitter-like Weibo platform, and led to a torrent of angry comments from pet owners stressing the possible side effects of dyeing the animals’ fur. — AFP

Going to the bottom of the sea for your phone

China is likely to become the first country to start mining seabed minerals if the international rules for exploitation are approved next year, the head of the International Seabed Authority (ISA) said. The quest for exploiting seabed minerals, such as polymetallic nodules containing nickel, copper, cobalt and manganese is driven by demand for smartphones and electric car batteries, and the need to diversify supply. The ISA has already signed 30 contracts with governments, research institutions and commercial entities for exploration phase, with China holding the most, five contracts. — Reuters

Tens of thousands of pieces of plastic littering the planet come from just a handful of multinational corporations, an environmental pressure group said on Wednesday. Coca-Cola, Nestle and PepsiCo were named by Break Free from Plastics, a global coalition, who warned the companies largely avoid cleanup responsibility. The coalition’s volunteers collected nearly half a million pieces of plastic waste during a coordinated World Clean Up Day in 51 countries a month ago, of which 43% were marked with a clear consumer brand. For the second year in a row, it said, Coca-Cola came out on top, with 11,732 pieces of plastic collected from 37 countries across four continents — more than the next three top global polluters combined. — AFP

A push by Australia and France to create a huge ocean sanctuary in east Antarctica is in doubt as nations meet in Hobart to discuss the plans, with China and Russia opposing. The proposed East Antarctic marine park would protect a million square kilometres of ocean, but has repeatedly been struck down at meetings of the Commission for the Conservation of Antarctic Marine Living Resources, which began on Monday. China and Russia have been key in blocking the proposal, which was first floated by Australia, France and the European Union in 2010 before being scaled down in 2017 in an attempt to win greater support. All 26 members of the organisation must consent to the marine park’s creation. — AFP

New Zealand lawmakers narrowly backed a plan on Wednesday to hold a referendum on legalising euthanasia alongside next year’s general election. The proposal to put the issue to a public vote passed 63-57 during a heated late-night debate in parliament. It means when Kiwis go to the polls late next year they will not only be voting for their preferred government but also on two referendums — one on legalising euthanasia and the other on allowing recreational marijuana use. While a final vote to confirm a referendum on the End of Life Choice Bill will be held in November, it is considered a formality after the plan won crucial backing from the New Zealand First Party. — AFP

BULL’S EYE: Sorry Aspen, the drugs didn’t work for me

Car retailers run out of revs

In the past Combined Motor Holdings managed to eke out higher earnings, but this year the economy won

Veteran designer is back for her 17th Fashion Week

By Jackie May
2 min read
Lifestyle

All set for October 31, with a little help from Hollywood

‘I don’t like wearing fashion,’ declares the muse to millions of followers, ‘I’m actually quite a basics lover’

SPORTS DAY: Faf scared that Wales could be the bogeymen

Coach warns Serbian racists to stay away from Man U clash

Blasts from the past: Pollard heroics can’t keep SA in cup