SA maps the energy of the future, blow by blow

FREE TO READ | He might have been conditioning himself to have sex in front of other people, says psychologist

Whinnying ways: love gallops in to save abandoned horse

Zulu, a stallion abandoned on the brink of death, has love to thank for his newfound will to live

‘Manopause’: typo based on myth, or a very real problem?

Either way, ‘male menopause’ is here to stay and big pharma is cashing in

Good grief: Yes, there is a way to make dying easier all round

Pushing away loved ones is hard, but for the terminally ill it is worse to have to manage the grief of others

Infrequent, high-quality fare – as championed by our forebears – is better for us and the planet

BOW DOWN Emperor Naruhito officially proclaims his ascension to the throne during a ceremony at the Imperial Palace in Tokyo.
Image: Issei Kato/Pool/AFP

Two people, including a four-year-old, died in a fire in Cape Town on Monday that left 1,200 people displaced. Fire and rescue services responded to the rapidly spreading blaze at the Vygieskraal informal settlement about 3pm on Monday. By the time it was extinguished at 7.30pm it had engulfed more than 300 structures. "A strong southwesterly wind was fanning the flames and additional resources were called upon," said the city's Jermaine Carelse, adding that 12 firefighting appliances, a rescue vehicle, a specialised vehicle and 48 staff were on the scene. “While clearing the debris, two bodies were discovered burnt beyond recognition,” he said. The cause of the fire was unclear.

The chief security officer of DRDGold's Ergo plant in Brakpan was killed during an exchange of gunfire with a gang that gained entry to the premises on Monday night. He was identified as Bart Coetzee, with DRDGold’s board of directors extending condolences to his family, colleagues and friends on Tuesday. Chief executive Niël Pretorius said: “We are outraged by this callous and cowardly attack and will give our full support to the police to ensure that these criminals, and the people they work for, are brought to justice.” The gang escaped with calcine concentrate, estimated to contain up to 17kg of gold.

A video in which a Richards Bay pastor lambastes a KwaZulu-Natal north coast school for allowing a matric pupil to display his "satanic" artwork went viral on Monday evening. In the video, Andrew Anderson said he was horrified when he attended a school function and saw on display a pupil's work which he believes is blasphemous. The pupil's art work includes sculptures of heads with horns, paper mache using Bible pages and paintings which reference The Last Supper and The Creation of Adam. Some of the paintings use a character similar to Ronald McDonald. Grantleigh College is an independent Curro school. Its executive head, Andrew Norris, said on Tuesday the artwork was one of the pupil's final projects for submission to the Independent Examination Board and was displayed in the foyer as part of a year-end exhibition. "The matter is currently subject to an internal investigation.”

Five people have been arrested for the double murder at St John Stella Londt Retirement Centre in Port Elizabeth earlier this month. One of those arrested is a 34-year-old carer who was working the night of the murders. The other four are all men. While the carer, and one of the men, were allegedly linked to the murder, the other three were not directly linked to the attack but were alleged accessories to the murder. The arrests are part of the probe into the murder of Elaine Burns, 91, and Rose Langton, 87. Their bodies were found on their beds at the Sunridge Park centre. They had been gagged and tied up. Days later police discovered that jewellery and Krugerrands were among the items stolen.

North-West University says its campus in Potchefstroom has confirmed a case of meningitis. On Monday a fourth-year student was admitted to a local hospital after which a case of bacterial meningitis was confirmed on Tuesday morning, the institution said. The student is not involved with a residence and all indications are that it is an isolated incident, said NWU. "The hospital and the university are busy following up will all close contacts of the student. Free prophylaxis has been made available." Prof Daryl Balia, deputy vice-chancellor of the campus, said: The university was “taking all the necessary precautionary steps to manage the situation”, and students and staff would be timeously informed of any new developments.

Police have fired teargas outside Musgrave centre in Durban, where e-hailing services say they have had enough of a new taxi service that is allegedly trying to drive them out of business. The drivers, who did not want to be named, said they were being harassed by YoTaxi owners. Vehicles belonging to Uber and Bolt drivers, who took part in an illegal protest, caused a traffic jam in Durban on Tuesday. Metro police spokesperson senior superintendent Parboo Sewpersad said officers had been deployed to Musgrave to “enforce and impound” offending vehicles said to belong to the e-hailing taxi services. “It's an illegal protest, an illegal motorcade ... it’s illegal everything,” Sewpersad said. The blockade followed media reports that YoTaxi members had threatened to stop Uber and Bolt drivers from operating and that they were demanding money from them to continue doing business in Durban. Sewpersad reported no such incidents.

With its 18 radio stations across the country including 5FM, Good Hope FM and Ukhozi FM, the SABC has confirmed that it owes approximately R250min royalties to SA musicians that dates back to 2015. While a new government bailout has given the cash-strapped SABC some hope in repaying these debts, a few South African artists have signed a petition to boycott the public broadcaster completely. But, what does this mean for the future of SA radio? 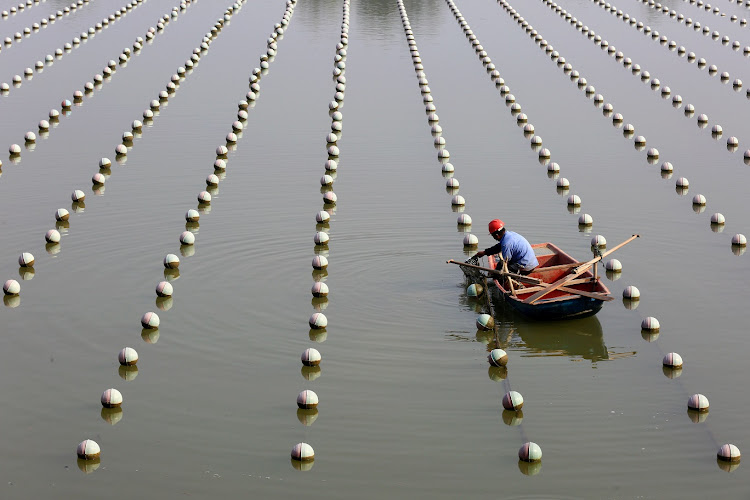 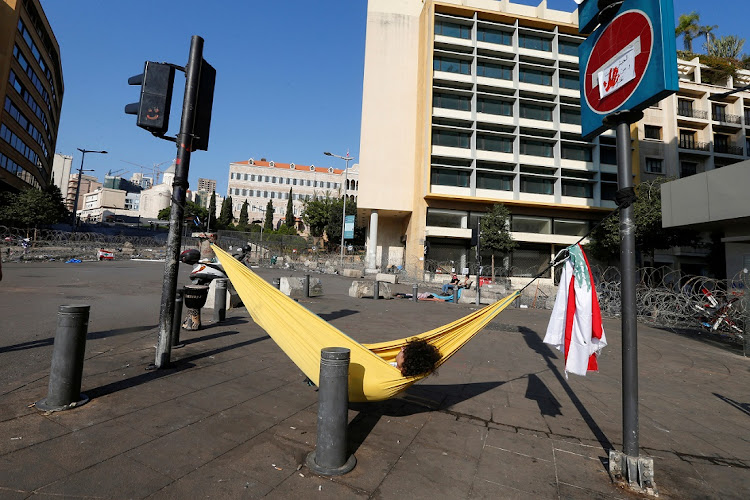 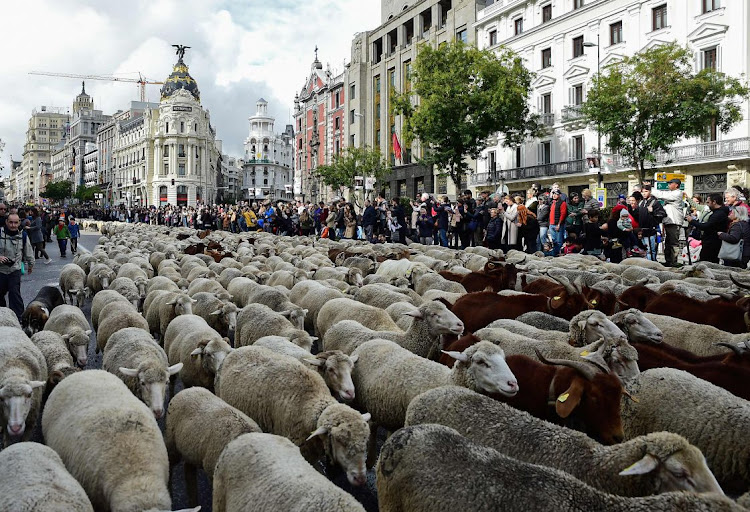 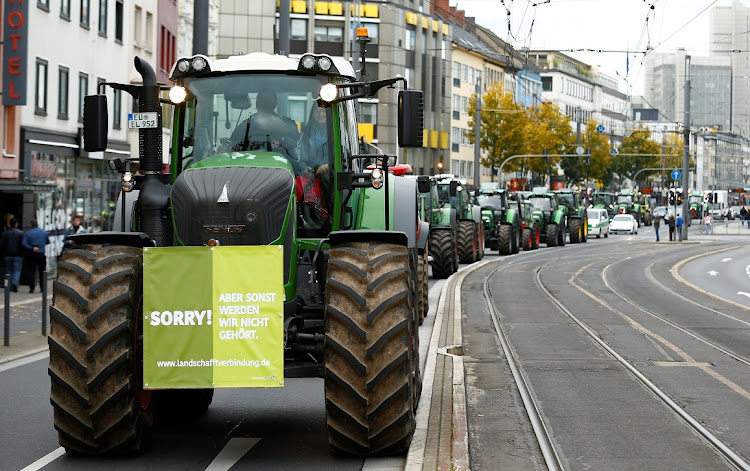 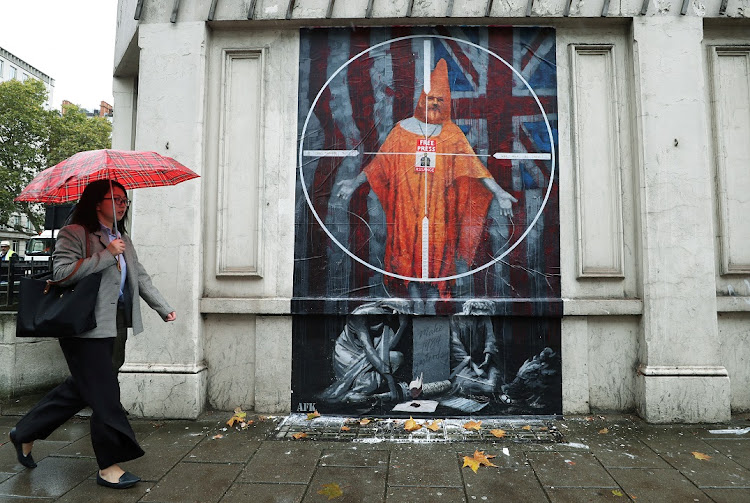 If Elon Musk is struggling to get his product on the road, his competitors may as well just give up

He’s back! Arnie on Trump, being vegan and remaining a Republican

At 72, Schwarzenegger returns in his most famous role, sans de-ageing tricks. We catch up with him

A real beer belly: ‘drunk driver’ was producing lager in his own gut

Nasty fungal growth was the source of his mysterious inebriation, while the poor guy insisted he was teetotal

SHE PLAYS HER POT A girl bangs a pot during protests against a now-suspended hike in metro ticket prices in Santiago, Chile.
Image: Pablo Vera/AFP

Keeping it in the party: Bolsonaro thinks again

President Jair Bolsonaro said he’d rather his son Eduardo stayed in Brazil to deal with a crisis in the Social Liberal Party (PSL) instead of becoming Brazil’s ambassador in the US. His son’s name has yet to be submitted to the Senate for approval as ambassador, and a recent political storm surrounding the PSL is likely to have reduced his chances of being confirmed. – Reuters

A Sri Lankan motorist complained on Facebook that he got a traffic ticket because he placed a statue of Buddha on his dashboard. Amid a fierce debate on religious freedoms, the motorist now faces court action for the traffic offence and the Facebook post. The post has been widely shared on social media, with many lambasting authorities over the case. – AFP

Russian President Vladimir Putin held talks with Recep Tayyip Erdogan as the Turkish leader threatened to restart Ankara’s military offensive against Kurdish forces in Syria. The two leaders met in southern Russia with just hours to go before a deadline for the withdrawal of Kurdish fighters from parts of Syria under a US-brokered deal. – AFP

One of India’s most wanted tiger poachers has been arrested after being on the run for six years. Several sloth carcasses were found with their reproductive organs missing in 2013, beginning the search for the suspect. The man belongs to a community that believes eating the penis of a sloth bear can cure ills. He admitted to killing several tigers, many sloth bears, hundreds of wild boar and peacocks. – AFP

UK cops go after US diplomat’s wife over crash

The wife of a US diplomat who became a suspect in Britain following a fatal road crash will be interviewed in the US. Harry Dunn, 19, died after his motorbike collided with a car owned by Anne Sacoolas, who later left Britain claiming diplomatic immunity. Northamptonshire police said Sacoolas had asked to be interviewed in the US under caution by UK officers. – AFP

The potential for a global tree-planting drive to curb climate-change risks has been overestimated, scientists warned. They flagged issues with maps and data used in a recent study and urged greater effort to use other means. Prof Eike Luedeling said trees ‘bought a little bit of time’ and that the only answer was to cut emissions. – Reuters

Long4Life: Joffe fumes at big shareholders for lack of faith

‘Originally, shareholders were partners, but this is no longer the case, and this kills entrepreneurship’

Impossible to say what the gunmen will realise for the stolen gold, but one value can be firmly fixed: one life

Stick a fork in them, these restaurants are done to a turn

Hang around till 2114, you’ll find something good to read

Future Library project will use paper made from 1,000 spruce trees planted in 2014 to publish today’s books

Wales coach: ‘Boks have got blowtorch speed on the edges’

FREE TO READ | Coach Edwards raves about the Boks: If there were a 4x100m relay race of all the teams, SA would be ...

Blast from the past: Kukame both hero and villain in 2002