What the what?! Mashaba is Mmusi’s hero?!

You can put Mbete’s ‘so what?’ on the modern ANC’s gravestone

In sticking, embarrassingly, to the party line in her Al Jazeera interview, she revealed why SA is in such a sorry state

All aboard for a voyage in the lap of luxury: just R9m a week

Huge Vaal sewage spill to continue due to repair delays

The asses are all lit up in this village, and everyone’s safer 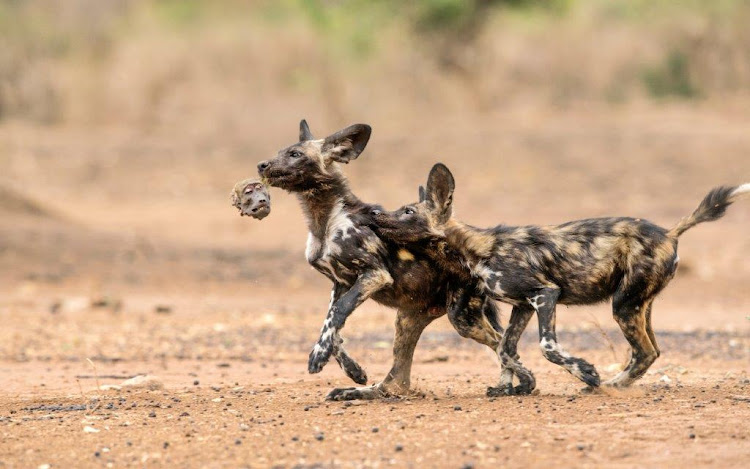 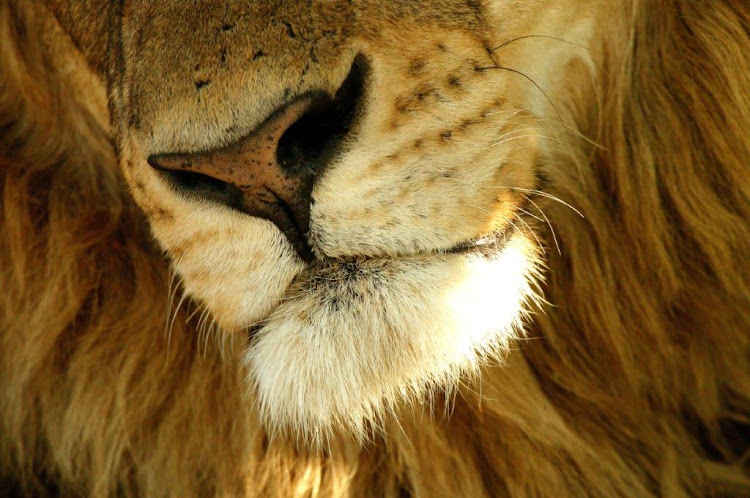 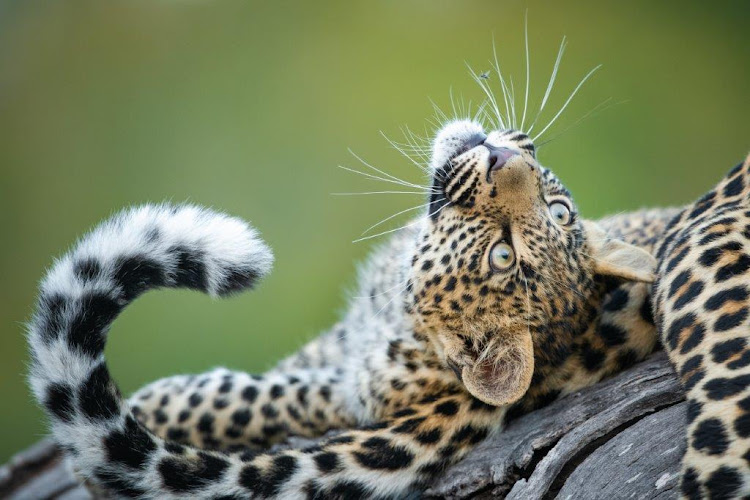 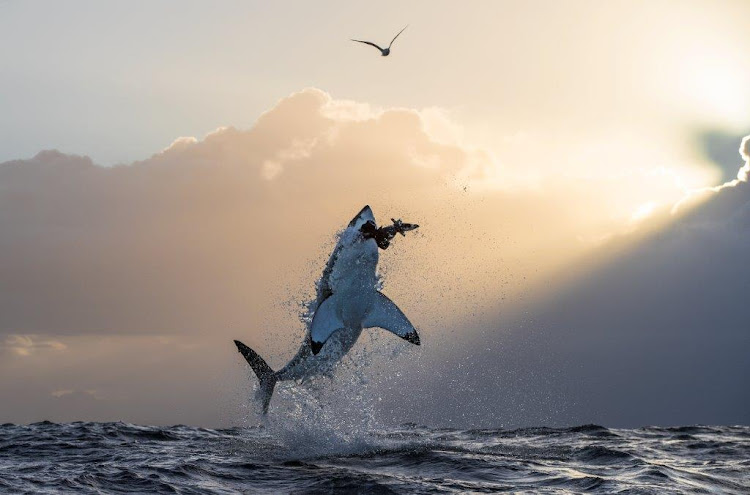 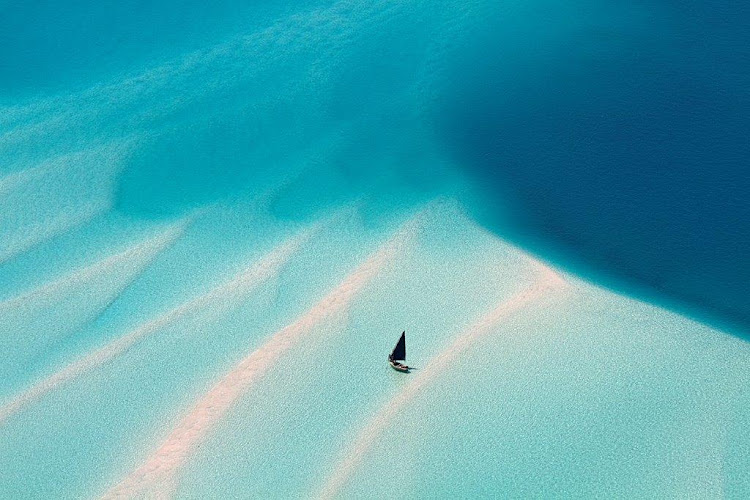 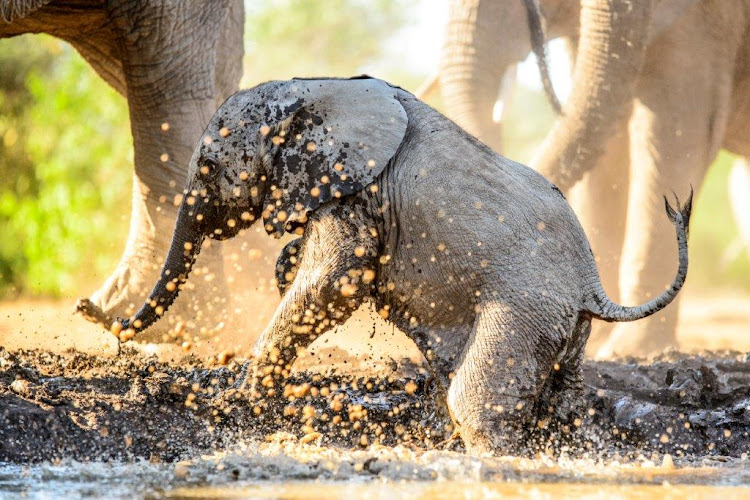 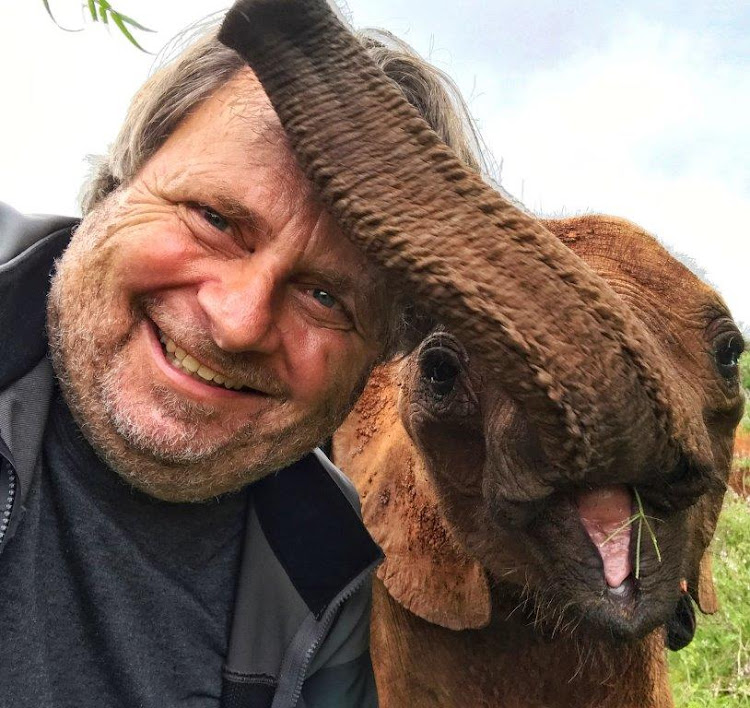 Having failed in an attempt to appeal a Port Elizabeth judge’s decision to allow the trial of alleged sex pest Timothy Omotoso to be heard in the Port Elizabeth High Court, the controversial Nigerian pastor's attorney indicated they would approach the highest court in the country. On Monday, prosecutor Nceba Ntelwa told Judge Irma Schoeman the Supreme Court of Appeal (SCA) had dismissed Omotoso’s application to appeal her decision to have the trial heard in Port Elizabeth. It was the second time Omotoso, 60, and his co-accused, Lusanda Sulani, 36, and Zukiswa Sitho, 28, had lost a petition to the SCA, reported HeraldLIVE.

Mpumalanga police said on Monday there was still no sign of Mozambican Guhabali Samzi, who was allegedly kidnapped outside a residential estate. Brig Leonard Hlathi said Samzi was last seen on October 15. He said the family had not received a ransom demand, and there were no leads on her whereabouts. “It is alleged that on October 15 2019 about 2.30pm, the victim left her residential place, Elawini Lifestyle Estate in Nelspruit, and went to the Crossing Shopping Centre. She was supposed to fetch her child from school later, but did not,” Hlathi said. “Her husband became worried after he tried to get hold of her with no luck. A case of a missing person was registered at Nelspruit police station as a result.” Samzi’s car had been found at Cairn, in the outskirts of Nelspruit, with the driver’s window smashed.

The public works department in Durban has ordered an investigation into what caused the floor of one of its buildings to cave in on Monday. The incident occurred before a human settlements department tender briefing for a large group of contractors. Department spokesperson Kiru Naidoo said a small section of the wooden floor gave way in an old lecture hall, in a prefab building within the public works complex in Mayville. He said no injuries were reported and the building was used “infrequently”.

Khayelihle Nzimande, the University of KwaZulu-Natal student accused of killing a fellow student, has been temporarily deemed unfit to stand trial. Nzimande appeared in the Pinetown magistrate's court on Monday. The prosecutor told the court a mental assessment by the district surgeon had recommended Nzimande be put under psychiatric observation for 30 days. Nzimande is charged with the murder of Bcom student Simukelo Zondi, whose burnt remains were discovered in a bush at the university's Westville campus last weekend. In a video circulating on social media, Nzimande is seen in the university's risk management services office. In the video he tells security officers that Zondi died because he was a “zombie” involved in witchcraft.

A man accused of raping six schoolgirls was arrested on Saturday. The 29-year-old is believed to have met the girls, aged between 11 and 15, as they made their way to school in the Maqhashu area, near Cacadu, in the Eastern Cape. “It is alleged that the young girls were on their way to school on October 15 2019, when they met the suspect, who allegedly raped the girls and threatened them that they should not report it,” said police spokesperson Capt Namhla Mdleleni. The parents of one of the victims later noticed “suspicious symptoms” in their daughter and told the police, who activated a 72-hour plan to catch the suspect. The man will appear in the Cacadu Magistrate’s Court this week.

Now you’ll be stiffed R100 just for being fined

The government is adding “stealth tax” to the Administrative Adjudication of Road Traffic Offences (Aarto) Act, with the introduction of an Infringement Penalty Levy, said the Automobile Association (AA). This is provided for in the recently published draft regulations for the act. “With regards to the Infringement Penalty Levy, the regulations directly imply the imposition of a tax. In this case, it refers to a fee payable for every infringement notice issued to motorists. On our interpretation of the draft regulation, this means an additional R100 is added to each fine issued, regardless of the value of the fine or its associated demerit points. In other words, if a motorist receives a R200 or R2,000 fine, an additional R100 must be added … which amounts to a tax for actually receiving the fine” the AA said.

Ronias Tavenga, a Zimbabwean truck driver, was the victim of a petrol bombing in April 2019. The devastating burns have left Tavenga crippled. He is one of many who have been drastically affected by ongoing violence in the transportation sector. 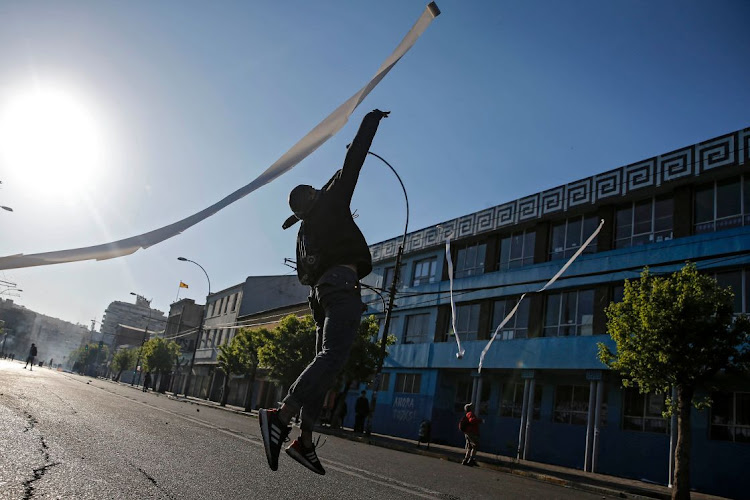 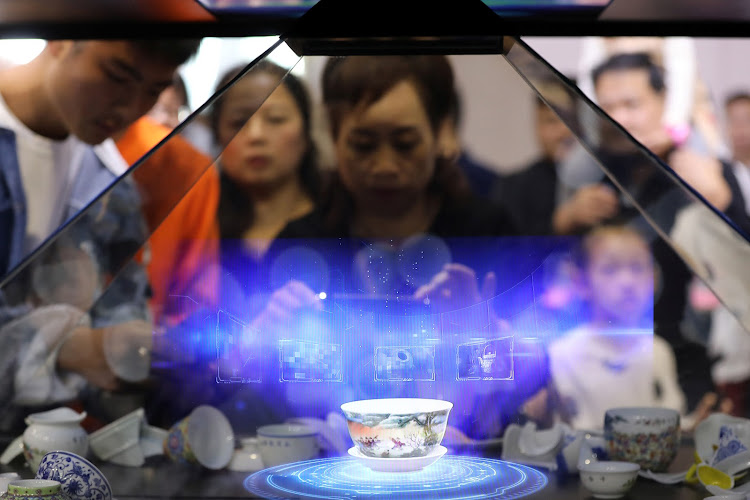 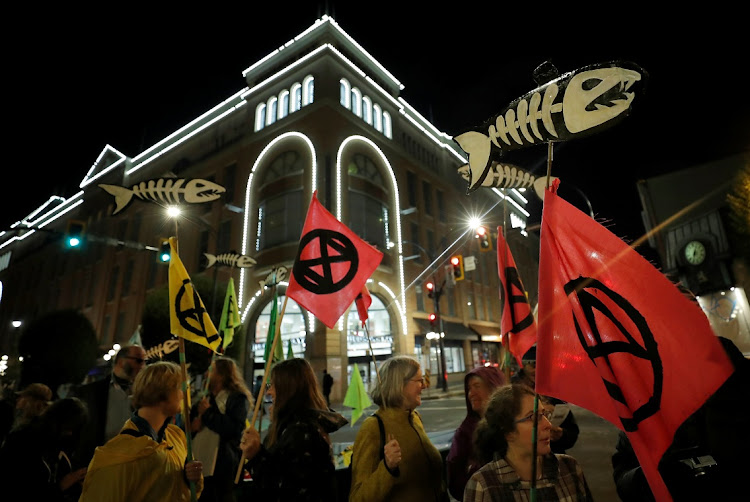 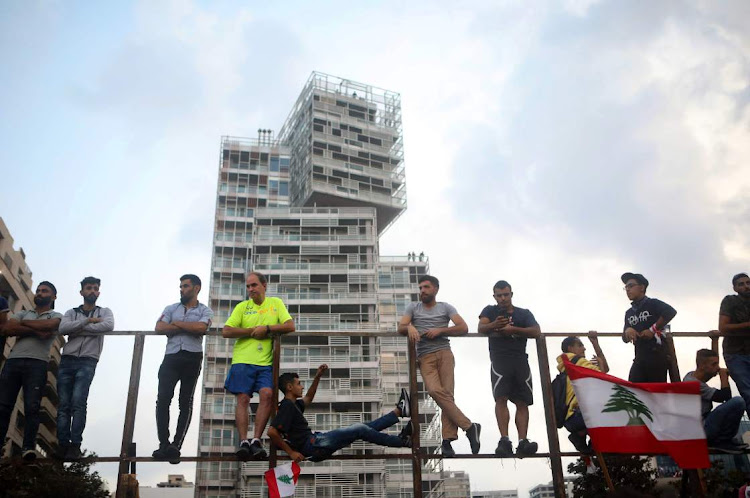 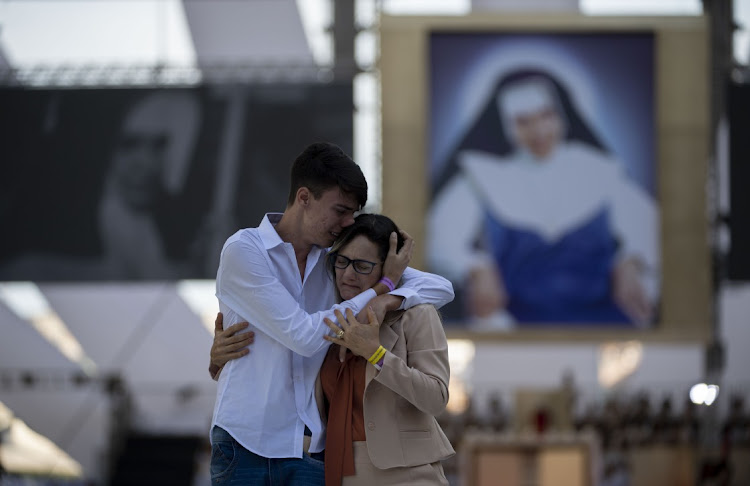 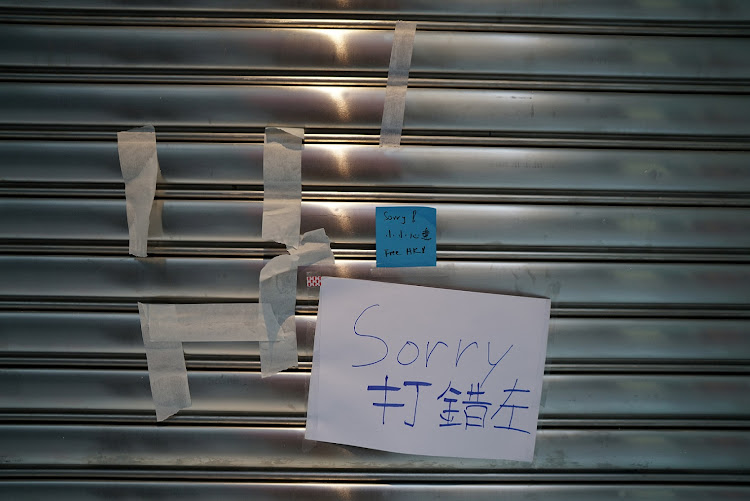 Gloves – and masks – come off as Trudeau seeks ...

The Canadian PM’s liberal image has taken a severe blow, leaving him in a position that was unimaginable a year ago

TOO CLOSE FOR COMFORT A man flinches away from police during clashes with protesters demanding the resignation of Haiti President Jovenel Moise in Port-au-Prince.
Image: Reuters/Andres Martinez Casares

Spain will remove the remains of dictator Francisco Franco from a grandiose state mausoleum northwest of Madrid on October 24, the government announced on Monday. The long-awaited date was announced after Spain's Supreme Court last month overruled a string of objections from his family, who had tried to halt the exhumation. On Thursday, the remains will be relocated to Mingorrubio El Pardo, a state cemetery 20km north of the capital, and placed next to those of his wife. Franco ruled with an iron fist following the end of the 1936-39 civil war. Removing his remains has been a priority for the socialist government of Pedro Sanchez, which has said Spain should not "continue to glorify" the dictator. – AFP

Royal IT supplier up for a princely sum

The American private equity owner of the royal family's IT supplier is lining up a sale of the business, which has offered tailored services to the queen for nearly a decade. Pulsant is being put up for sale by buyout firm Oak Hill Capital Partners, in a deal that could fetch bids in the region of £340m, city sources said. Investment bank Jefferies has been hired to oversee a sale process. Among its string of royal duties, Pulsant plays a key role in running royal.gov.uk, the official website of the monarchy. The company helped manage the online surge in global traffic when the Duke and Duchess of Cambridge became the first royal couple to live-stream their wedding in 2011. – © Telegraph Media Group Limited (2019)

A decision to impose a 100% tax on bills at restaurants that serve shisha has ignited criticism on social media in Saudi Arabia, where the water pipes are popular. The furore has also been fuelled by confusion over how the tax is applied. In the meantime, some restaurants have stopped offering shisha, while others have lowered their prices. The government's official gazette said this month the tax will apply to all tobacco products. However, the ruling said it will apply "to the total invoice of the business serving tobacco products". A number of restaurants and cafes said they believed the tax applies to all table orders in any establishment that serves tobacco products, whether or not the order included shisha. The decision sparked an avalanche of criticism on social media. – AFP

Orange the new grey for beards

From shades of startling red to hues of vivid tangerine, brightly coloured beards have become a fashion statement on the streets of Bangladesh capital Dhaka. Facial hair of sunset tones is now the go-to look for older men wanting to take off the years, with an array of henna options available to the style-conscious. "I have been using it on my hair for the last two months. I like it," says Mahbubul Bashar, in his 50s, whose smile reflected his joy at his new look. Abul Mia, 60, a porter at a vegetable market, agrees that the vibrant colouring can be transformative. "I love it. My family says I look a lot younger and handsome," he adds. While henna has been used widely in the country for decades, it has reached new heights of popularity. It is now virtually impossible to walk down a street in a Bangladesh city without seeing a coloured beard. – AFP

Japanese retail giant Uniqlo has pulled a advert featuring a 98-year-old US fashion figure from South Korean screens, it said on Monday after it was accused of whitewashing colonial history. Relations between South Korea and Japan are deeply strained by the legacy of Tokyo's 20th-century expansionism. The latest example is an advert for Uniqlo fleeces showing elderly fashion celebrity Iris Apfel chatting with designer Kheris Rogers, 85 years her junior. The last line has the white-haired Apfel, asked how she used to dress as a teenager, innocuously responding: "Oh my God. I can't remember that far back." But Uniqlo's Korean arm subtitled its version of the ad slightly differently, reading: "I can't remember things that happened more than 80 years ago." That would put the moment as 1939, towards the end of Japan's brutal colonial rule over the Korean peninsula, where the period is still bitterly resented, and some South Koreans reacted furiously. – AFP

Shipping firms sail into the future

Global shipping firms under pressure to cut carbon emissions are experimenting with an age-old technology: sails to harness ocean winds and reduce reliance on costly fuels. "Five years ago, such projects would have gotten us thrown out by security" at shipping firms, said French naval architect Marc Van Peteghem. "Now ship owners are listening to us," he said. A design from his firm, VPLP, has just been picked by European rocket-maker Ariane Group for a sail-equipped cargo ship to transport parts for its new Ariane 6 launcher to French Guiana starting in 2022. The ship will be equipped with four huge rectangular sails rising 30m high, supplementing a motor and cutting fuel consumption by about 30%. - AFP

Gosh, Minister, this is getting deeply, doubly embarrassing

Just for the record: The Clash make a classic hard left turn

Ntshanga’s apocalyptic future festers in our dystopian past

Prize fighting: Gloves off in the merit vs message debate

From palate to palette: A taste of fine art in the winelands

‘We were really nervous at halftime,’ admits Rassie

FREE TO READ | Tributes pour in for beaten quarterfinalists Japan

Blast from the past: Last round for Willie Toweel in ’60