Return of the mummy: This is how Zille plans to work with Mmusi

She insists she’s ‘not the leader’ of the DA, but how she gels with the man who is, Maimane, is crucial to the party

If the US can’t stop Trump, no wonder SA couldn’t halt Zuma

Like the Zuma years, the US leader’s flagrant trampling of its institutions might just be too much to withstand

Why did FlySafair plane’s electronics have a midair meltdown?

SA man Stephen McGown was held captive in the desert for over five years. He tells how he got through it

It may have low mileage, look immaculate and have had only one owner, but you must still look a little deeper

Examined: Why are some varsity bosses’ salaries so enormous?

The question of remuneration may become a runaway train, says chair of portfolio committee on higher education

It is a dying organisation, says a senior member as the SA Medical Association is put under administration

SA gene genies in giant leap for mankind (its African branch, at least)

They wrote it this week: Balls, bowel troubles and blowing one’s brains out

The poet’s missives to Emily Hale have been under wraps for decades. Now their secrets will be revealed

Get a moob on: middle-aged men are shrinking – here’s why

As a glut of celebrities trim down, it’s worth pondering some issues that can weigh down your slimming ambitions

HOT AND FRESH OUT THE FURNACE A Bangladeshi worker climbs out of a furnace at a tyre pyrolysis plant in Kulai, Malaysia.
Image: Reuters/Edgar Su

Eastern Cape police moved on Sunday to quash claims that a toddler had been found abandoned at the Greenacres Shopping Mall in Port Elizabeth. The claim gained traction on Saturday night when a Twitter user posted a snapshot of a WhatsApp group conversation where a woman claimed the child had been found in a car baby chair at the mall. The smiling toddler had his hand raised to his mouth. The user called on anyone with information about the parents to call the police. By Sunday afternoon the post had gone viral, with some users asking how they could adopt the child should the biological parents not be found. Others, however, spotted holes in the story. As it turned out, the saga was fake. Police spokesperson Capt Sandra Janse van Rensburg said: “Police confirm that there were no such reports, nor did anyone drop off any child.”

It may be instinctive to reach for a cold beer as parts of SA get battered by a scorching heatwave, but the SA Weather Service has advised that avoiding alcohol is a much better idea. “Avoid drinking alcohol since it has an impairing effect on the brain so that individuals cannot discern when they are experiencing the negative impacts of the heat,” the weather service said on Twitter. The forecaster was sharing a list of dos and don’ts ahead of the heatwave, which hit parts of the country at the weekend. Temperatures across most of the country’s provinces were in the 30s on Sunday. According to the weather service, Ulundi in KwaZulu-Natal was one of the hottest places, recording a maximum 40ºC.

An Mpumalanga police officer and two people alleged to have committed a robbery were killed in acts of mob justice in Piet Retief, Mpumalanga police said on Sunday. Police spokesperson Col Brenda Muridili said officers responded to a scene where residents were assaulting two men accused of carrying out robberies in and around the local taxi rank. “As the members were trying to calm the angry mob, a shot went off from the crowd and hit Sgt Patrick Mthobeni. He was rushed to hospital where he was declared dead on arrival,” said Muridili. “When the mob dispersed one of the suspects was found lying dead on the ground and the other one was rushed to hospital, where he also passed away.” Mthobeni’s colleague, who had left that scene unscathed, was shot several hours later in a separate incident.

The man who allegedly raped six-year-old Boitumelo Matsekoleng, causing injuries that eventually killed her, has been linked to a series of crimes. Boitumelo died in the Polokwane Provincial Hospital, a week after she was attacked. Police spokesperson Brig Motlafela Mojapelo said that before the suspect was arrested he had been on the run after allegedly committing crimes in the Marble Hall policing area during 2018. In December 2018, the body of a two-year-old boy with head injuries was found in the bushes near Koteng village. He was later identified as Samson Sithole from Seraheng village. Mojapelo said the man arrested for Biotumelo's rape was the prime suspect in the boy’s murder, but he evaded arrest. “He was arrested after the rape of the seven-year-old girl in Limpopo.” The 34-year-old was arrested on October 3 after he was discharged from hospital after being injured in a mob attack, Mojapelo said.

Seven pupils from North West died in a horror crash, the provincial community safety and transport department said on Sunday. Spokesperson Freddy Sepeng said the accident occurred on Saturday. “These boys were travelling to Rietpan village when the truck lost control and hit a tree,” he said. “Six of the boys died on the scene and one died at hospital … There were actually 30 people in the truck, including the driver.” Sepeng said the truck driver had committed a crime. “Open vehicles are not allowed to carry people at the back,” he said, explaining that the truck did not have a canopy. Police spokesperson Brig Sabata Mogwabone said the 30 pupils were on their way home from a soccer tournament at Lehurutshe, in which under-15 and under-17 teams were taking part. A culpable homicide case has been opened.

Only one of the public protector's 19 offices has security services, parliament's justice and correctional services portfolio committee has been told. Public protector Busisiwe Mkhwebane told the committee only the head office in Pretoria had security in place. This had resulted in "several night-time break-ins" at the other 18 offices, and staff being robbed. “These pose threats to [public protector] staff members, clients, assets and documents. Security in our offices is therefore key and important and requires immediate funding," Mkhwebane said, according to a portfolio committee media release. Over the medium-term, resolving the security issue alone would cost R19.4m, she said. The committee also heard that the protector's office would need R110.9m more than its current allocation of about R320m to fulfil its mandate over the medium-term. 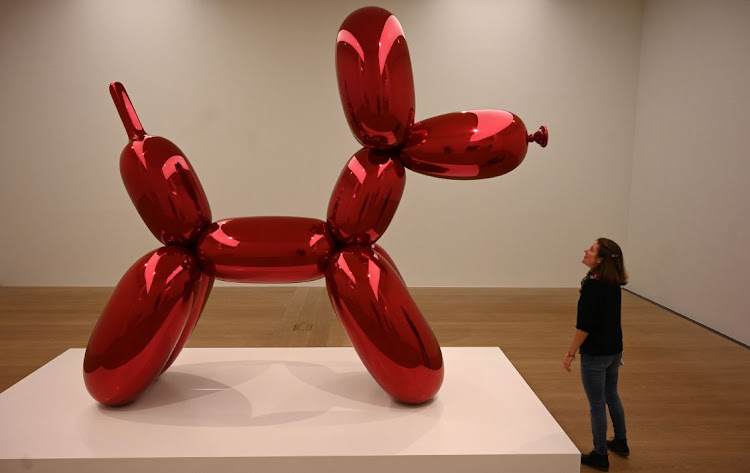 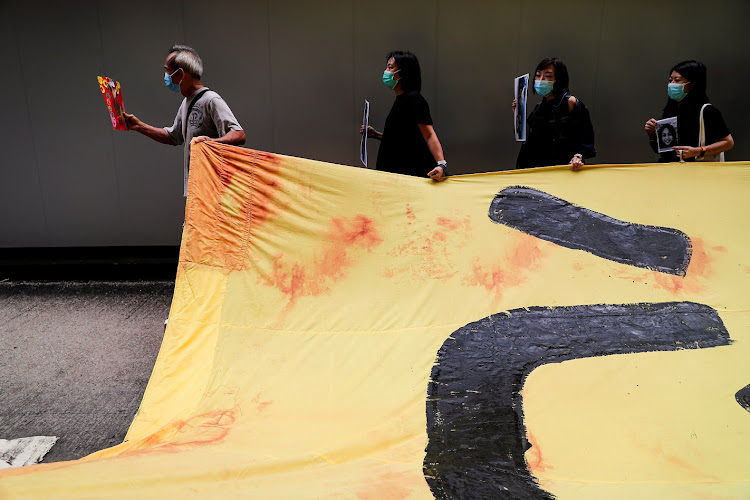 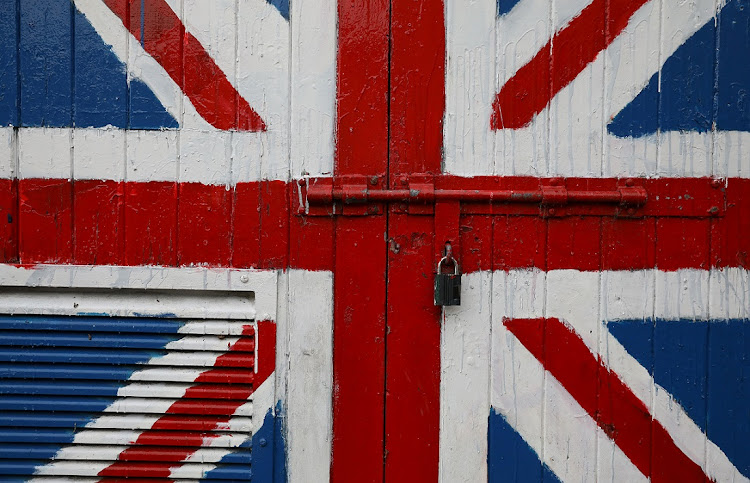 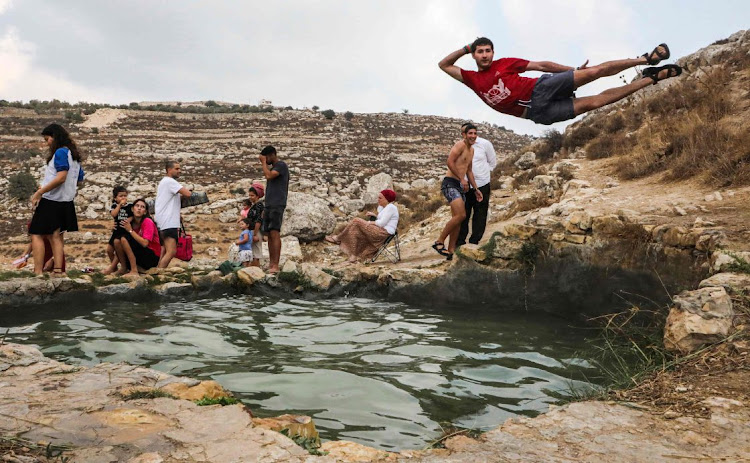 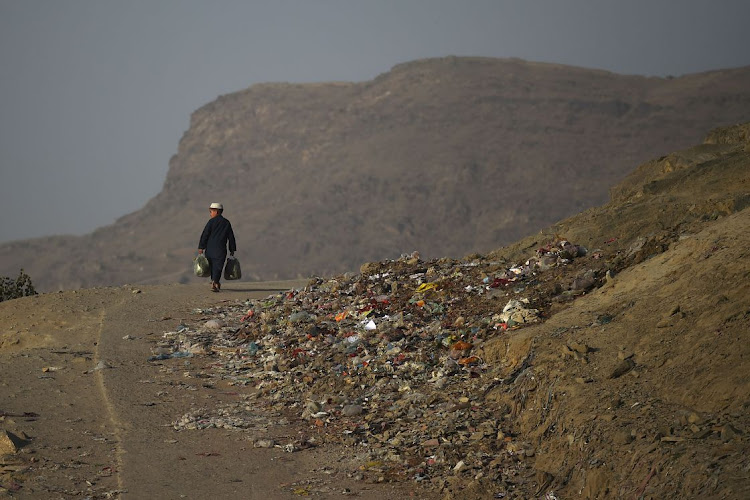 Princes on tour: why Harry’s path is a far cry from William’s

Russia has its sights set our riches, and it’s not going to let little things like human rights get in its way

‘Save me’: Islamic State ‘matchmaker’ in Syria begs to come home

UK Islamist recruiter wants to flee Turkish bombs after life in ‘caliphate’, but her home country has other ideas

Not for love nor money: no takers for Vegas wedding chapel

Wedding Queen, 84, will carry on after her famous venue fails to find a buyer amid a fall in marriages

LIVE ROUNDS & ROUNDABOUTS Turkish-backed Syrian fighters sit in the middle of a roundabout in the Syrian border town of Tal Abyad as Turkey and its allies continue their assault.
Image: Bakr Alkasem/AFP

It has a $10.5m advertising campaign, an astronaut is endorsing the product, and an entire state is backing its launch. But this isn’t about iPhones. Growers of the new Cosmic Crisp apple breed insist this is no ordinary apple. “It’s an ultra-crisp apple, it’s relatively firm, it has a good balance of sweet and tart and it’s very juicy,” said spoksperson Kate Evans. A team have been working for 20 yearson the apple, which has been created via cross-pollination rather than genetic modification. – Telegraph Media Group Limited (2019)

Terrorist used to work for charity

A woman killed by special forces after she stabbed two French prison guards helped run a UK charity which hands out millions to mosques and community groups. Hanane Aboulhana and her convicted murderer husband Michael Chiolo launched their attack in March. Now it can be revealed Aboulhana, who launched the attack in revenge for the French police killing of an Islamic terrorist, previously worked as personal assistant to the director general of Qatar Charity UK (QCUK), working at its central London office. – Telegraph media Group Limited (2019)

The world's most expensive painting, “Salvator Mundi”, has failed to show up to a major Leonardo da Vinci exhibition at the Louvre, despite a request by the Paris museum to borrow the controversial work. The painting, which made headlines worldwide when it sold for $450m in 2017, was not at a press viewing of the exhibition on Friday marking the 500th anniversary of Leonardo’s death. “Salvator Mundi’s” buyer has been identified as Crown Prince Mohammed bin Salman of Saudi Arabia. – Telegraph Media Group Limited (2019)

German flight attendants’ union UFO on Sunday said it would stage an all-day strike at smaller German divisions of airline group Lufthansa in an escalating row over workers' pay and pensions. The walkout at Lufthansa brands Germanwings, Eurowings, Lufthansa City Line and Sunexpress had initially been scheduled for 0300-0900 GMT but the union in a statement on Sunday said industrial action would now be extended until midnight local time (2200 GMT). - Reuters

There was meth in their madness

Sacks of crystal meth scooped from the sea by Myanmar fishermen who mistook it for a deodorant substance had a street value of $20m, an official said on Sunday, in a country believed to be the world’s largest methamphetamine producer. The accidental drug haul off occurred when fishermen spotted a total of 23 sacks floating in the Andaman Sea on Wednesday. At first, they assumed it was a natural deodorant chemical known as potassium alum, which is widely used in Myanmar. “So they burned it, and some of them almost fainted,”” the official said. - AFP

‘We won’t give in to abominable censorship’

Animated film “Abominable” will not be shown in Malaysia after its distributor on Sunday said it could not comply with censors’ demands to cut a controversial scene showing Beijing’s disputed claims in the South China Sea. The decision comes after Vietnam pulled the Universal Pictures movie from theatres days ago and the Philippines’ foreign secretary called for the segment to be excised. “Universal has decided not to make the censor cut required by the Malaysian censor board and as such will not be able to release the film in Malaysia,” United International Pictures Malaysia said. – AFP

Money to burn: what’s wrong with the new energy blueprint

Let’s talk about GEAR and other economic disasters

Manning the murky waters of social media can be a tough gig for a parent, so here’s some help

These ‘pink’ beauty products are the best of the breast

Honestly, it was exactly what we expected, says Kolisi

In the face of heavy tackling and set-piece mastery, the Japanese ran out of energy, ideas and, finally, hope

Blast from the past: IBF belt too far for Siza Makhathini