It’s possible, for example, that he was told F1 cars are powered by the laughter of newborn babies

Iceberg ahead: SA wastes R9bn worth of water a year

Family has been trying to prospect for coal on their land, but minerals department couldn't get the licensing right

PEOPLE WHO ARE INNOVATING FOR A BETTER FUTURE

UKZN students develop an autonomous security robot to work with humans, rather than take away their jobs

Putting out a fire was never easier, thanks to SA man’s spark of genius

FREE TO READ | He knew he was on to something with his fire extinguisher, and the judges of an innovation award agreed

She is building a cleaner future with plastic bricks

Before you say ‘literary feud’, this shirtless show-off doesn’t count

A writers’ rivalry is a sad thing, so it’s a good thing I don’t know the swine tapping away at my competitive nature

The verse for wear: spineless Booker puts wokeness above merit

Splitting the prize raises the question: was it about literary qualities or the correctness of their message?

A QUICK INNINGS AND OUT The Duke and Duchess of Cambridge play cricket during their visit at the National Cricket Academy in Lahore, Pakistan.
Image: Reuters/Akhtar Soomro

A total of 317 matric pupils in Gauteng will rewrite their computer applications technology practical exam at a later date, after they were unable to write on Wednesday because of load-shedding. The Gauteng education department said on Thursday it had taken precautionary measures in the event that load-shedding affected the exams that began on Wednesday. These include quarantining candidates for up to two hours until power is restored and giving pupils additional time to write; moving candidates to other centres unaffected by load-shedding; and having generators on standby. Department spokesperson Steve Mabona said that if all these measures failed candidates would be released and would write a back-up exam at a later date to be determined by the department.

The Pietermaritzburg landfill that caught alight last week, leaving the city shrouded in smoke, is on fire again. uMsunduzi municipality spokesperson Thobeka Mafumbatha confirmed that the fire had started on Thursday morning. This comes after a joint operation between the police and municipality security on Wednesday saw 30 people detained for living on the landfill site in New England Road. “Of interest to the municipality were the persons who had erected shack dwellings within the restricted boundary of the landfill site,” the municipality said on Wednesday. “The security services then advised all those who were residing in the said area to vacate the premises, as the process of demolishing these illegal structures will take place at the earliest convenience of the day.”. Last week's fire burnt for nearly a week, forcing five schools to temporarily close.

A Shoprite regional manager who was under investigation after allegedly referring to black employees as lazy k*****s has been found not guilty. In a letter seen by TimesLIVE, Shoprite said the manager was cleared after she, alongside a branch manager, were subjected to polygraph tests, the results of which indicated “no deception”. Last month, workers at three supermarkets in Johannesburg, including Southgate and Ridgeway, halted work for four days in protest against alleged abuse suffered under the manager. “On October 1 2019, the chairperson of the disciplinary hearing found (the manager) not guilty on the following charges … that (she) used unacceptable derogatory language, when addressing the staff ... that (her) actions have brought the company's name into disrepute and her actions are in breach of company rules and regulations … ” read a letter signed by Shoprite’s legal team.

Western Cape premier Alan Winde on Thursday called on energy minister Gwede Mantashe to consider a proposal that municipalities be authorised to procure power, ranging from 1MW to 10MW, from independent producers. In a letter to Mantashe, Winde said former Western Cape premier Helen Zille had written to Mantashe’s predecessor, Jeff Radebe, on February 28 with the proposal. Winde said Zille’s proposal would not require any legislative process and would offer a quick win to bring new generation capacity on line. “This would be at no cost to the fiscus and would increase the energy resilience of municipalities and South Africa as a whole,” Winde said. His letter followed the implementation of load-shedding by Eskom on Wednesday.

Videos allegedly showing former Bishops teacher and water polo coach Fiona Viotti scantily clad in bed have been uploaded to a popular free porn streaming site. The video is one of several lewd pieces of material that have been circulating on WhatsApp groups since allegations that the teacher was having a sexual relationship with one of the boys at the school emerged last week. It has been viewed more than 20,000 times already and was uploaded by a member's account called "JannieVannie". Viotti's lawyer, William Booth, has warned that sharing such videos without the person's explicit consent is illegal. The school is proceeding with a widespread investigation that is understood to involve interviewing more than 40 pupils.

No let-up in Gauteng heatwave

If you live in Gauteng, it's time to get out the aircon (load-shedding permitting) and your costumes because sweltering temperatures are predicated to continue for the next three days. On Thursday, Johannesburg reached 32°C, while the mercury rose to 35°C in Pretoria, said the SA Weather Services. Both cities have zero chance of rainfall on Thursday and a 30% chance on Friday. Johannesburg and Pretoria's maximum temperatures on Friday will be 34°C and 35°C. The temperature in Johannesburg will reach 33°C on Saturday, while the maximum in Pretoria will be 35°C. 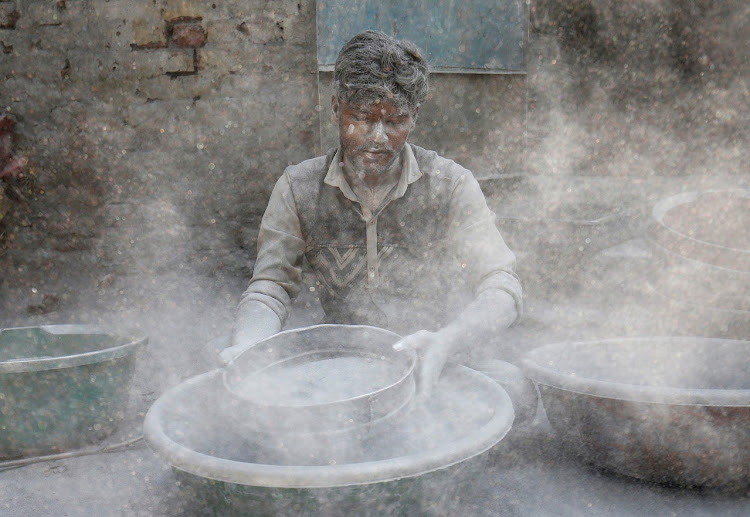 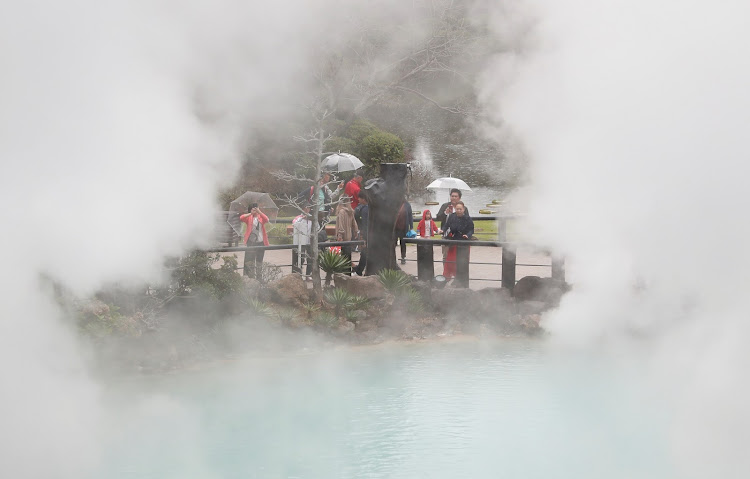 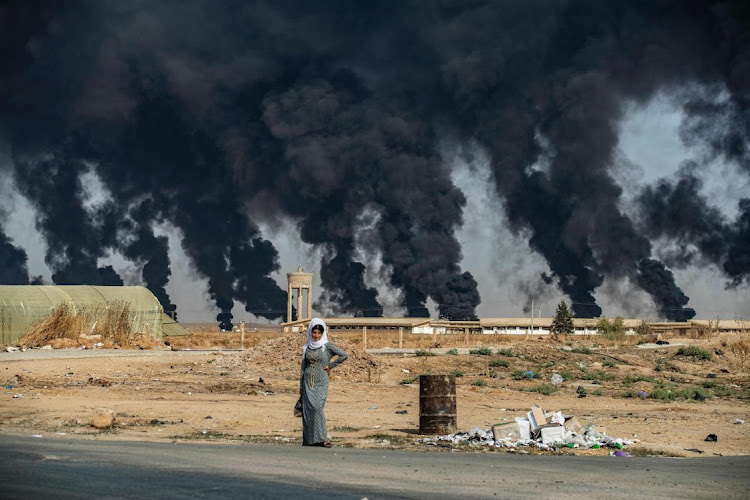 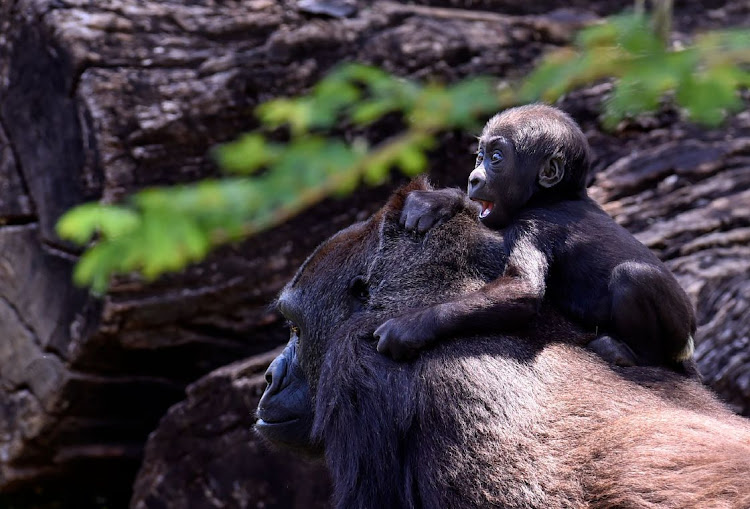 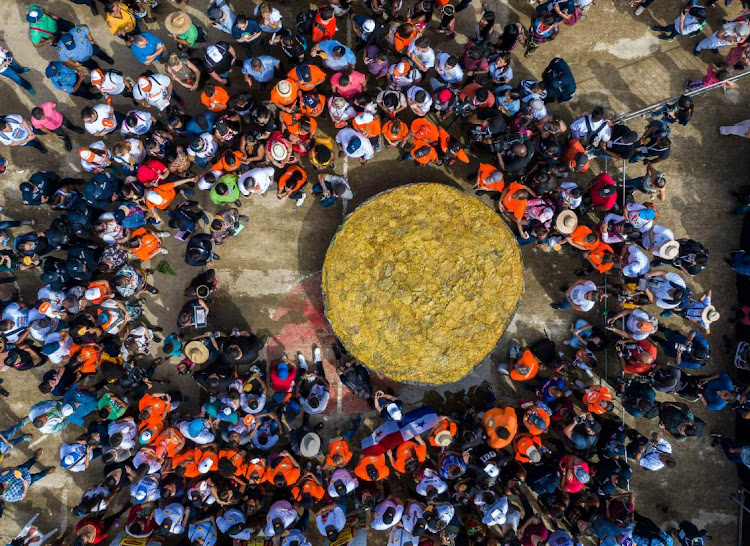 Yes we can: aluminium takes on plastic in global water fight

Under-pressure companies shift focus to cans, but there is another pesky carbon footprint problem

He admits to being a concentration camp guard, but nonetheless says he’s innocent

Beware! Going on a diet in middle age trims your lifespan

Veil of secrecy lifted: the label behind Kate’s fashion diplomacy

BLOB THE BUILDER The ‘blob’, said to be intelligent for a single-celled slimy organism, has formed on a tree trunk, and is shown at the Paris Zoological Park during a press preview.
Image: Reuters/Benoit Tessier

Google has unveiled a handset that can be controlled by moving hands in mid-air as an alternative to the iPhone. News of the Pixel 4 comes a month after Apple unveiled the iPhone 11. It aims to compete on price while also making technical strides it hopes can outdo Apple's new phone cameras. Google's new phones are cheaper than 2018’s models, making it the latest firm to pare back pricing as demand for smartphones slumps. The devices start at £669, undercutting the £729 iPhone 11 and significantly cheaper than Apple's premium 11 Pro model, which costs at least £999. – © Telegraph Media Group Limited (2019)

President Donald Trump attended Thursday’s opening of a new production site in Texas for the posh handbag maker Louis Vuitton, drawing the French luxury powerhouse into the US leader's job-creation pitch as he gears up for 2020’s re-election campaign. Bernard Arnault, head of the LVMH conglomerate that owns the leathergoods brand, will also attend the event at the "Rochambeau Ranch" near Dallas, named for the general who led French troops alongside the 13 colonies in the American Revolution. Arnault was one of the first high-profile French business leaders to meet with Trump in January 2017, just weeks after his election, when he suggested he would consider expanding Louis Vuitton in the United States.. – AFP

Luxury brand Dior has become the latest company to apologise to China over a perceived insult to national sovereignty, saying on Thursday it "cherishes the feelings of the Chinese people". The French luxury brand found itself in hot water after using a map of China which didn't include Taiwan - a self-ruled island which Beijing views as part of its territory awaiting reunification. The scandal broke after a student posted an anonymous video to the Chinese social media app Weibo, purporting to show a presentation Wednesday at Zhejiang Gongshang University, in eastern China. In the video a presenter from Dior displays a map without the island of Taiwan marked, which quickly drew criticism online and prompted Dior to deny that it represented the brand's position. - AFP

Two major retailers in Australia have removed a book on Harvey Weinstein from sale, after legal threats from a man who features prominently in the story that sparked the #MeToo movement. Lawyers acting for Australian journalist Dylan Howard, an executive at American Media Inc (AMI), wrote to booksellers ahead of the global release on Monday of Catch and Kill, putting them "on notice of the potential defamatory content within the book". The book is Ronan Farrow's account of his investigation into Hollywood producer Weinstein, who has been accused of sexually assaulting dozens of women during his decades in the entertainment industry. Farrow, writing in The New Yorker, has previously alleged that Howard helped shield Weinstein from negative publicity while working as editor-in-chief of the National Enquirer, which is owned by AMI. – AFP

What did they expect from a propaganda app?

A widely downloaded Chinese propaganda app that quizzes users on Communist Party heroes and military achievements may be "studying them right back" through data collection and potential security breaches, an internet freedom campaign group says. The app - called "Xuexi Qiangguo" or "Study to make China strong" - has accumulated 130 million users since its launch by the Communist Party's propaganda arm in January, according to state media in August. Marketed as an education tool, it awards points for sharing articles and watching videos such as speeches by Chinese President Xi Jinping. But the Open Technology Fund, a US government-funded group that campaigns for internet freedom, says users also provide a plethora of data to the app, including location and e-mails. – AFP

The wife of former Tarzan actor Ron Ely was stabbed to death by the couple's son at their California home on Tuesday evening, police said. The Santa Barbara County Sheriff's Office said deputies showed up at the couple's house in the upscale neighbourhood of Hope Ranch following an emergency call about a family dispute and found Valerie Lundeen Ely, 62, dead with "multiple stab wounds". Deputies “identified the suspect as the Elys' son, 30-year-old Cameron Ely, and shot him dead after determining he posed a threat". There was no indication that 81-year-old Ron was injured during the attack on his wife. Police said he was taken to a hospital as a precaution and was later released. Ely is best known for playing the lead character in the 1960s television series. – AFP

Flushing the rot at EOH was a filthy, necessary business

Trustco: Nice of the boss to write off his R1bn loan

Maybe only the courts can sort out this Sekunjalo-PIC mess

Fugard classic stirs the ghouls of apartheid that still haunt us

Heart-rendingly personal, as well as political, the play is as searingly relevant as when it was written 50 years ago

SPORTS DAY: Boks intend to do an Italian job on Japan

Blast from the past: Die Doring van Despatch delivers