Dros rapist: ‘It was the drugs … I can be an amazing person’

Thanks, Eskom. This load-shed misery is going to cost SA R2bn a day

Is it still abuse if the pupil had sex with a woman teacher?

The Afrikaans debate was not about language, but keeping baasskap alive

It had to happen at some pont: hand-drawn river ferry meets its end

Despite its heritage significance, a bigger and safer way to cross the Breede River is needed

Kimi Makwetu's office has a mountain to climb to recover R744m in unpaid audit fees, some dating to 2016

Help! This spoilt little otter needs barbels – lots of them

Lazarus has decided he wants them for every meal, while his carers are more worried about how he washes his food

FREE TO READ | Joburg and Medellin are both very violent cities, but in Medellin things are getting better. This is why

Streaming consciousness: Aniston and Witherspoon are ‘in control’

Looking ‘young for my age’ gets old pretty fast

SPEAKING HER TRUTH Former Free State finance MEC Elizabeth Rockman told the Zondo commission in Joburg on Wednesday that there ‘might have been a deviation of procurement processes when the provincial government entered into a subscription agreement with the defunct Gupta-owned New Age newspaper’.
Image: Alon Skuy

No pardon for fees activist ‘just yet’

Jailed Fees Must Fall activist Kanya Cekeshe cannot be granted a presidential pardon just yet, justice minister Ronald Lamola told parliament on Wednesday. Cekeshe was jailed after pleading guilty to malicious damage to property charges after he tried to set a police van on fire during free-education protests. He applied for leave to appeal against his 2017 conviction, but this was denied in the Johannesburg Magistrate's Court on Monday. Lamola told parliament 's justice and correctional services committee that he might not be able to help him yet. "I made it clear there is no blanket amnesty. Everyone must apply. We made the same offer to Kanya Cekeshe. He has since applied for leave to appeal, so any presidential pardon application cannot happen at this stage," he said.

#ZondoCommission is SA’s word of the year

The keyword #ZondoCommission has come out tops as the 2019 SA word of the year, the Pan South African Language Board (PanSALB) announced on Wednesday. It beat “gender-based violence” and “amapiano”, which both made the shortlist. PanSALB said #ZondoCommission was used as a keyword 30,775 times. Gender-based violence, which received the most coverage in August when there was a surge in murders and sexual crimes against women, was used 18,973 times. Amapiano, the new house music genre which mixes deep house, gqom and soulful piano sounds, was a most-talked-about online topic in 2019, with 2,687 clippings.

The three men accused of kidnapping and murdering 30-year-old Meghan Cremer in August will have to wait until the new year to learn their fate, as the investigation continues. Magistrate Keith le Keur told Shiraz Jaftha, 39, Charlie Daniels, 34, and Jeremy Sias, 27, to "remain patient" as the state awaited autopsy results. They appeared in the Athlone Magistrate’s Court on Wednesday. Cremer's body was discovered five days after she went missing from her home on a stud farm only a few kilometres away. The trio were arrested when they were found in possession of her car. The case will resume on January 27 2020.

Alcohol worth R2m was confiscated from an illegal shebeen in Walmer, Port Elizabeth, on Wednesday, said Eastern Cape police. The seizure was part of an operation aimed at quashing illegal taverns and shebeens in the area. The operation started at 4pm on Monday and ended at 7am on Wednesday. "One shebeen was closed and liquor to the amount of approximately R2m was seized. A female was charged for dealing in liquor," said SAPS spokeswoman Col Priscilla Naidoo. Cluster commander Maj-Gen Thembisile Patekile said the raids would be ongoing. "These sting operations will ensure proper monitoring of the taverns and shebeens. We will be coming down hard and fast on those who do not comply with the law," Patekile said.

Govt wants R8m stolen by playwright back in full

The department of sports, arts and culture has welcomed the conviction of acclaimed director and playwright Welcome Msomi for the theft of R8m from the Living Legends Legacy Programme. Msomi, 76, a trustee of the programme, was convicted on 61 counts of theft on Tuesday. The programme was founded by minister Nathi Mthethwa in 2015. The department set aside R20m, of which R8m had been paid to the committee of the Living Legends Trust, which had been set up to work on the planned programmes. It was this R8m that Msomi stole. He was arrested in Durban in March. “The department is aware that the trustees of the LLLP will continue with the legal action, through the courts and collaborating with law enforcement institutions, to ensure full recovery of the funds,” spokesperson Asanda Magaqa said on Wednesday.

Limpopo police have offered a reward of R250,000 for any information that leads to the arrest of a suspect responsible for killing two councillors in the province. Police spokesperson Brig Motlafela Mojapelo said Valtyn Kekana, 54, and Ralph Kanyane, 32, were gunned down by an unknown gunman in July. “The deceased were apparently seated in a vehicle when the gunman approached and at point blank started firing shots at them.” The two councillors from Mogalakwena municipality were declared dead on the scene. 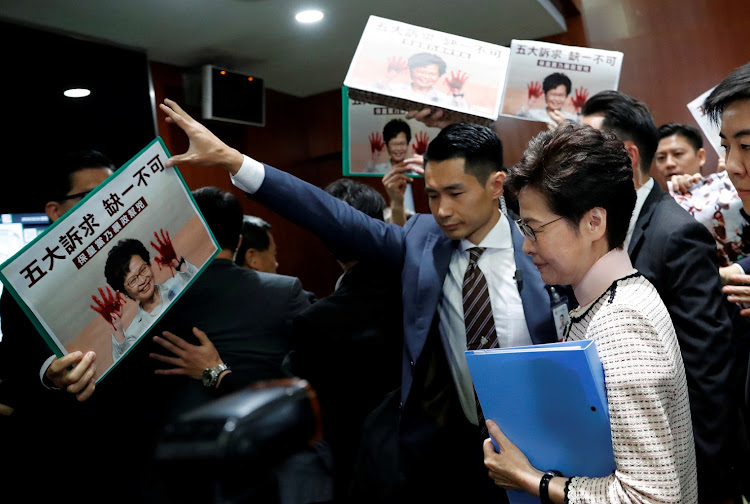 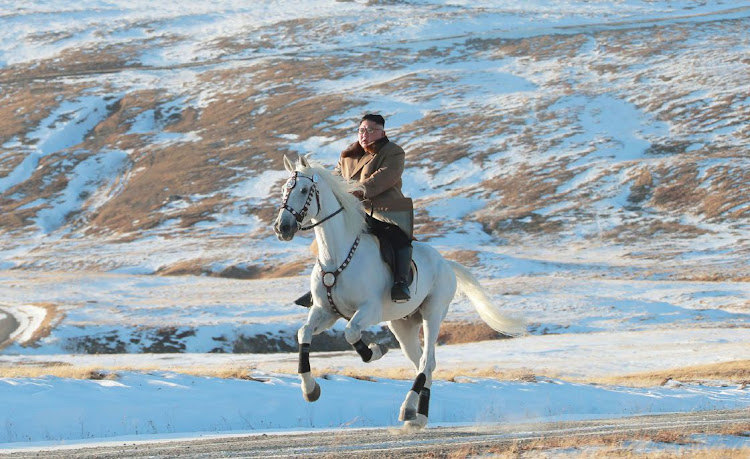 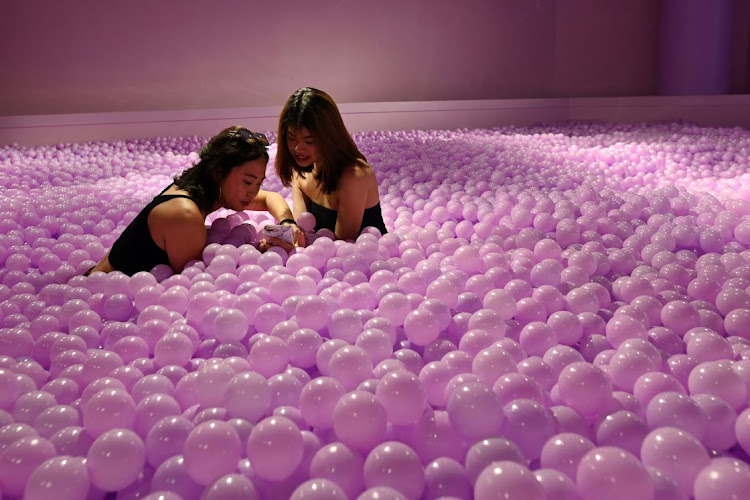 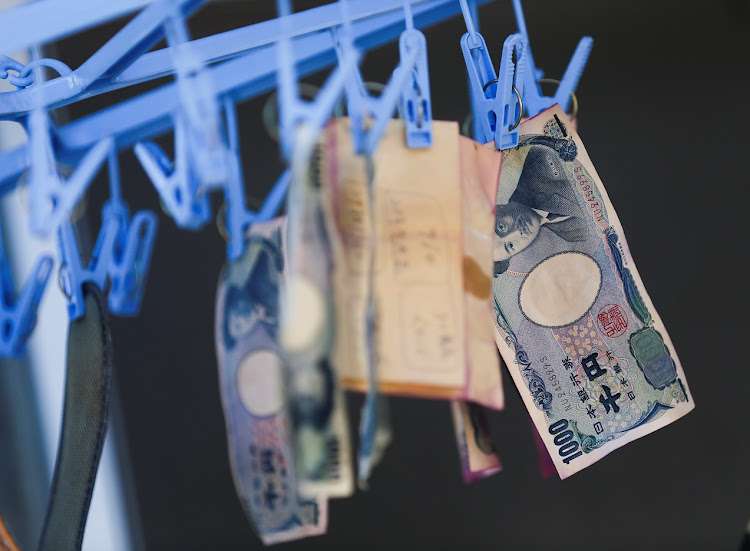 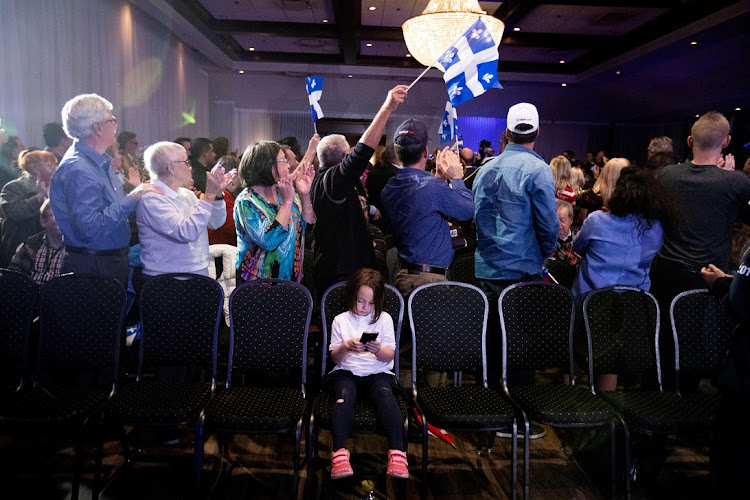 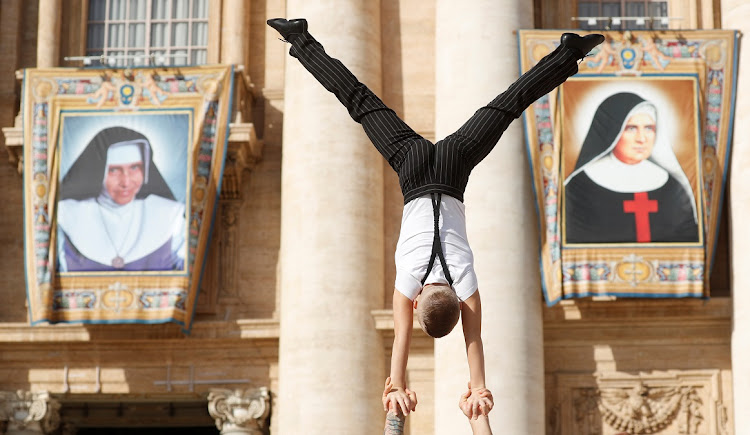 With America backing out of ‘stupid wars’, Russia is now the go-to power for the Arab world

Elizabeth Warren ‘dreams big’ and it gives her rivals nightmares

Trade war victories are vital to Trump as election looms

His tariff war has hurt US purchasing power more than the Chinese economy, but there are bigger, longer-term payoffs

The price of bread in Zimbabwe jumped 60% overnight due to escalating costs of production, adding more woes to consumers grappling with triple-digit inflation. National Bakers Association of Zimbabwe president Denis Wala said the price of fuel and electricity, as well as rolling power cuts that forced producers to use diesel generators, had pushed up the cost of producing bread. ‘Bakers cannot continue to absorb all these costs; that is why we have had to increase the price.’ Bread now costs 15 Zimbabwe dollars (about R15) a loaf, up from 9.45 Zimbabwe dollars on Tuesday. But shortages still persisted on Wednesday, with many shops saying they had not received supplies. — Reuters

Homosexuality is banned in Singapore and arts are strictly censored — yet performers say the tough line helps foment a thriving, LGBT+ cultural scene in this conservative city state. Drag artists stage sellout shows at upmarket bars, gay performance poets are in demand and singers use rap to come out. Gay sex remains illegal — even in private — but LGBT+ artists feel they now have a firm foothold in popular culture. The tiny island plays host to three LGBT+ arts festivals a year and performers say their work stands in resistance to the government as they weave past censors to reach a wider audience. LGBT+ artists — creating everything from movies to music — say state censorship, far from a deterrent, acts as a muse. — Reuters

After three years of Brexit crisis, Sky News is betting that some viewers are so bored by the divorce drama that there is a market for a channel dedicated to news that has nothing to do with Britain’s exit from the European Union. Ever since the 2016 referendum, British politicians have been debating how, on what terms and whether the UK should leave. A Reuters report this year showed that more than a third of people surveyed avoided the news with a majority of those who do citing Brexit as the main reason. ‘Sky News Brexit-Free’ will cater to those who find the Brexit carousel less than scintillating, the head of Sky News, John Ryley, said. — Reuters

Pope weighs in on obesity issue

The pope on Wednesday contrasted the world’s 820 million hungry people with those who turn food into ‘an avenue of personal destruction’ through overeating, in comments to mark World Food Day. Pope Francis noted that the ‘distorted relationship between food and nutrition’ has left almost 700 million people overweight, ‘victims of improper dietary habits’. He called for ‘the cultivation of lifestyles inspired by gratitude for the gifts we have received and the adoption of a spirit of temperance [and] moderation. By adopting such a lifestyle, we will grow in a fraternal solidarity that seeks the common good and avoids the individualism and egocentrism that serve only to generate hunger and social inequality.’ — AFP

An Italian court is to rule this week on whether Leonardo da Vinci’s iconic ‘Vitruvian Man’ drawing can be loaned to France’s Louvre, bringing to a head a bitter cultural row. The Venice court last week suspended the loan of the world famous artwork, due to appear later this month in an exhibition at the Paris museum to mark the 500th anniversary of the artist’s death. It did so after an Italian heritage group, Italia Nostra (Our Italy), filed a complaint saying the drawing was too fragile to travel. The Vitruvian Man is kept in a climate-controlled vault in the Accademia Gallery in Venice and is rarely displayed to the public. — AFP

Oscar Wilde once said: ‘Rugby is a good occasion for keeping 30 bullies far from the centre of the city.’ But World Cup hosts Japan are adopting a more cerebral approach to the ‘hooligan’s game’ — using daily brain teasers to get their neurons firing as they plot their giant-killing antics. In the build-up to this weekend’s quarterfinal against two-time world champions SA, hooker Atsushi Sakate revealed that Japan coach Jamie Joseph has his players solve puzzles as a way to stimulate the grey matter. ‘It helps us keep calm and to communicate clearly and solve problems that arise during matches,’ said Sakate. — AFP
PUDDLE OF HOPE Presidential candidate Carlos Mesa is reflected in water during a campaign closing rally in La Paz, Bolivia.
Image: Reuters/Manuel Claure

FREE TO READ | Brewers, potters, millers, masons, thatchers and smiths are not going to be our salvation

Investors cheer EOH as it finally shows a clean hand

How long can you sustain your interest in ugly furniture?

The aesthete’s guide to sustainable design: Our top five green design pieces that do not compromise on beauty

How you too can look like Sarah Ferguson or Simon Cowell

Keeping on keeping on at the sustainable fashion awards

SPORTS DAY: Little surprise that Kolbe is up for the game

FREE TO READ | Maddening inconsistency, coupled with little recourse for teams and no punishment for referees

Blasts from the past: Naas skippers Boks to 1992 glory