A tale of two Zumas: jovial in court, ‘victim’ before backers

FREE TO READ | The former president appeared in the high court on Tuesday, where his case was delayed yet again

Grade 3 and 6 pupils to write common exams, like matrics

The goal is national standardised assessments, education minister tells parliament – and it will be ‘expensive’

Schools are short of teachers and full of vacancies – 19,000 to be exact

FREE TO READ | And with 2,400 schools being without principals, teachers’ organisations are demanding action

Midwife crisis: a cold war with obstetricians is born

Sylla Moussa’s fraud case has dragged on for 13 years, and both sides blame the other for the delay

This group is particularly vulnerable to food insecurity, according to SA findings highlighted on World Food Day

FREE TO READ | Like the Queen’s speech down the road on the same day, the president merely invited cynicism

FREE TO READ | Same goes for the cost of the NPA and putting up MPs in Cape Town. A little context, please

Stretching all but your money is fit for big business

Fitness technology promises to be the next big boom for startups

Dog-walkers’ elbow. Yes, it’s a thing, and it can be serious

IT'S NOT TAME UNTIL I SAY SO Russian’s Vladimir Putin looks at a tamed falcon during the official welcoming ceremony with Saudi Arabia’s King Salman in Riyadh.
Image: Sputnik/Alexei Nikolsky/Kremlin/Reuters

DA in bog over ‘toilet interview’

The East London High Court on Tuesday ordered the DA to pay damages to a former member who sued the party for R10m over an interview in a toilet in 2016. The party will also pay her legal costs after losing the three-year defamation case. Ntombenhle Rulumeni took the party to court in 2016 after she was interviewed for a council position inside the toilets of the East London Golf Course on February 6 2016. Judge Nozuko Mjali said: “There is no doubt in my mind that the plaintiff was deeply hurt and felt unfairly treated by the agents of her own organisation even before the interview that was held inside the female ablution area.” DA MP Kevin Mileham was on the interview panel, with MP Terri Stander and another female party member. DA provincial leader Nqaba Banga said the party would study the judgment. A hearing to determine the value of damages has yet to be set.

Eskom chiefs ‘refuse to be screened’ by SSA

One hundred senior officials at Eskom are refusing to undergo security vetting processes of the State Security Agency (SSA), as the government moves to clean up the corruption- and mismanagement-prone parastatal. This was revealed by state security minister Ayanda Dlodlo during a meeting with parliament's standing committee on public accounts (Scopa). Dlodlo and high-ranking spooks painted a grim picture of the SSA's capacity to probe the trustworthiness of senior government officials and executives at state-owned firms, with the minister reporting that many were simply refusing to the subjected to the security screening. The SSA's Sipho Blose said only 21 out of 121 top Eskom executives had complied or agreed to participate in their vetting processes.

A building at the MultiChoice offices in Randburg, Johannesburg, caught fire on Tuesday, fire and rescue services said. Footage of the fire on social media showed thick plumes of smoke. Johannesburg emergency services spokesperson Nana Radebe confirmed a call was received at about 12.45pm. Radebe said two fire trucks were soon on the scene, with a third on its way by about 1.30pm. No injuries were reported and the building was evacuated.

Fuel prices are showing a mixed picture for November, with some predicted to climb as others fall. This is according to the AA, which was commenting on unaudited mid-month fuel price data released by the Central Energy Fund. In an indication of how flat the month has been to date, the AA noted that different fuels are heading in different directions. For instance, 93 octane petrol is showing a 5c/l drop, while 95 octane is set to rise by 10c/l. Diesel is forecast to climb by 2c, while illuminating paraffin looks set for a 2c decrease. The association said that, at first glance, the oil price seems to be finding its way back to normal, and the rand, as ever, is a bellwether of the current mix of poor economic conditions and reticence by investors. “The rand has trended stronger against the dollar over the past few days, so it’s possible the picture could improve by month end.”

Police have recovered 18 mortar bombs in Strelitzia Dam in Uitenhage, Eastern Cape. Police spokesperson Brig Tembinkosi Kinana said 15 were discovered on Monday. Three live mortar bombs were found there at the weekend. Capt Gerda Swart said the first two were discovered by two elderly people on Friday. The Port Elizabeth bomb squad deactivated them. On Sunday, a man fishing in the dam found a third. Swart said the dam's level had fallen over the past few months and it was believed this could be the reason for the discoveries. An inquest docket has been opened. Police warned people not to handle or pick up anything that resembled a mortar.

Ninety-two-year-old struggle activist Nathaniel Mashilo Masemola must receive a special pension, the Constitutional Court ruled on Tuesday. Masemola, who was actively engaged in the ANC's liberation battle, lost his special pension after a fraud conviction. He received a pardon from former president Jacob Zuma on July 21 2011. The Constitutional Court ordered that the pension be reinstated because of the pardon. In a unanimous judgment by Justice Nonkosi Mhlantla, the court said the result of the presidential pardon was that Masemola, for all intents and purposes, and with effect from July 21 2011, was legally to be treated as a person who had not been convicted of an offence. He must be paid within 14 days. 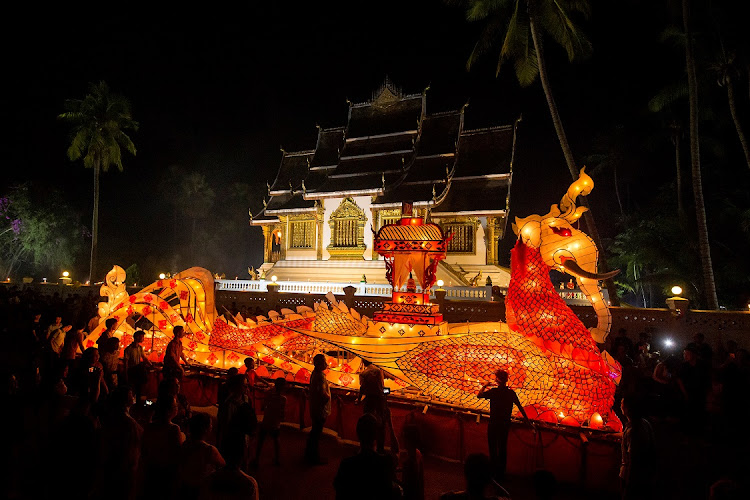 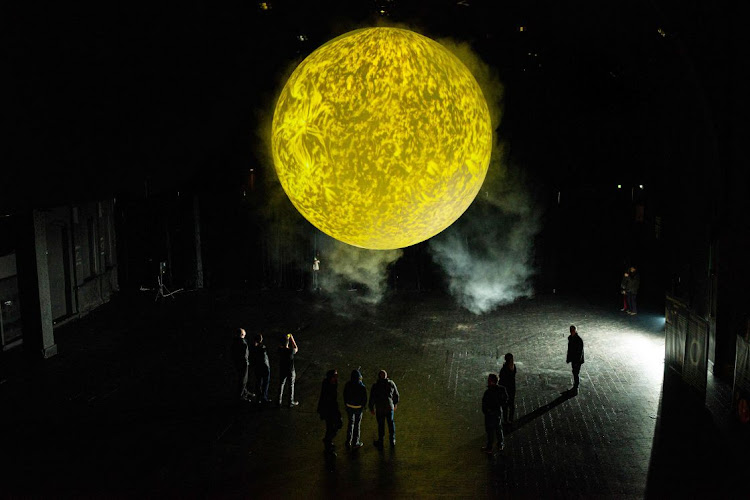 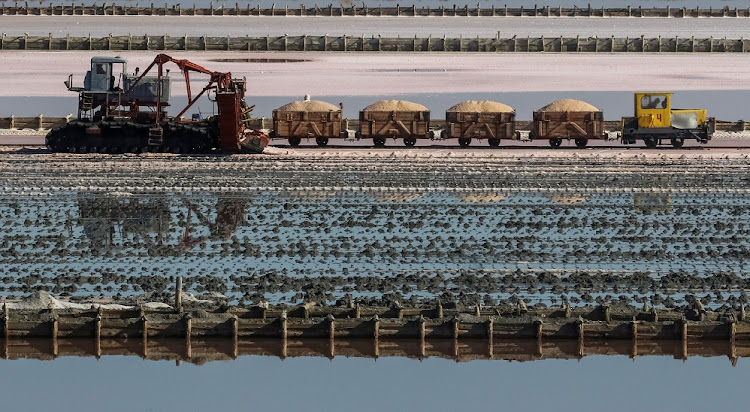 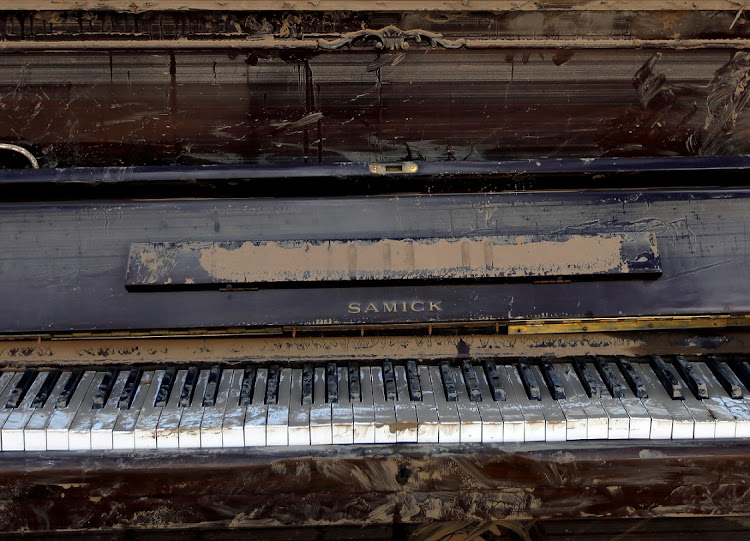 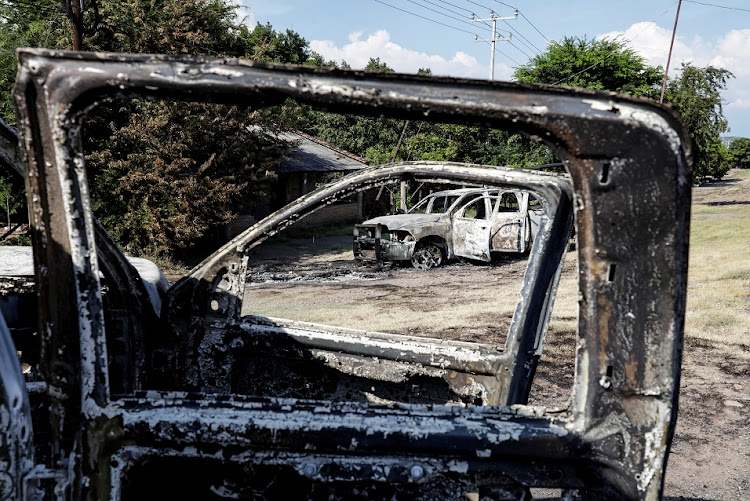 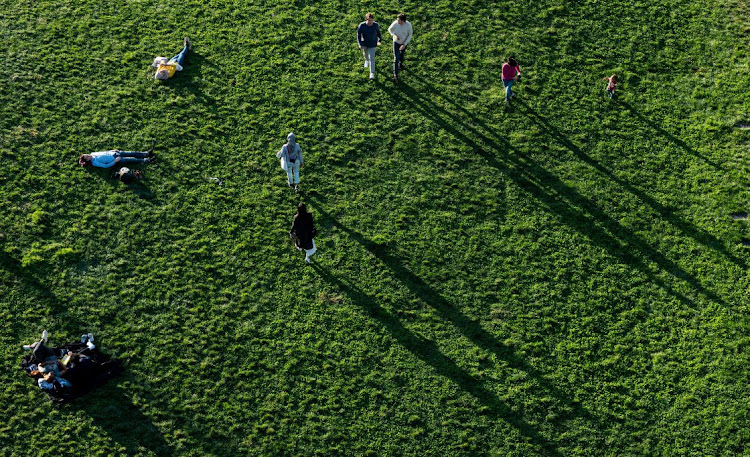 Trump whistle-blower’s life ‘is about to change forever’

Haters are the only thing Facebook’s Libra stands to lose

Seven members of Libra’s governing association have quit, but detractors are still worried, as they should be

Sex, drugs and wretched souls: the truth about Michael Hutchence

CLOSING IN Syrian Arab civilians flash victory signs as Turkish armoured personnel carriers and tanks gather in the village of Qirata on the outskirts of Manbij, Syria.
Image: Aaref Watad/AFP

A former Olympic champion who had just been re-elected mayor of Gyor, Hungary, quit the ruling Fidesz party after falling out over a video purportedly showing him having sex with a young woman. Zsolt Borkai, who is married, has apologised for actions he called a ‘mistake’. But he said he would continue as mayor as an independent after being re-elected despite the scandal. – Reuters

Would you cook your pet?

In a new taboo-smashing British reality TV show called ‘Meat the Family’, not only will a family of unrepentant carnivores have to let an animal they have adopted and grown to love go for slaughter if they refuse to stop eating meat, but they will be asked to cook and eat it. With experts saying we have to eat less meat to stave off climate change, the show has made the dilemma stark. – AFP

Out of the frying pan into the camp fire

A fire in a severely overcrowded migrant camp in Greece has compounded the plight of refugees, with more arriving on Greek islands daily in what an aid group called a worsening ‘nightmare’. It is two weeks since another deadly blaze at a troubled camp on nearby Lesbos. Following the most recent fire, three Syrians were been taken to hospital with stab wounds suffered in a fight with a group of Afghans. – Reuters

Gay and bisexual men in Scotland prosecuted for consensual same-sex activity will receive an automatic pardon under a new law. The law will cover anyone convicted for same-sex activity, which is no longer illegal, ranging from gay sex to kissing or flirting, and those affected can apply to have their former police record ‘disregarded’ or wiped clean. Some were prosecuted as late as the early 1990s. – Reuters

Bubble tea pops up all over Asia

Bubble tea fans can frolic in a pool of 100,000 plastic purple pearls, take photos on a bubble tea IV drip and swing on a giant wrecking ball at a new exhibit in Singapore. The pop-up aims to be a ‘one-stop happy place’ for visitors who love the tea-based beverage loaded with milk, sugar and tapioca pearls. Originally from Taiwan, it is now popular across Asia, including in Singapore, now home to more than 37 bubble tea chains. – AFP

A feisty 4m king cobra was pulled from a sewer in Thailand in an hour-long operation, a rescue foundation said, describing the reptile as one of the largest they had ever captured. Footage shows a man chasing the cobra into a dark, cramped drainage pipe. The cobra splashed around in water and tried to slither back into the pipe, but was pulled out by the tail after multiple attempts. It was later released into the wild. – AFP

Funky, cutting-edge, and a far way from churning cash

Rain’s data-only packages service only about 100,000 subscribers in urban SA, so it’s still a long-term prospect

There’s more to PSG than Capitec, but you can’t see it

The housing market is hot, but would you invest in it?

Spear me the thought of canned asparagus

Try this method with the fresh, seasonal kind instead

Baby, I’m-a want you sitting far, far away from me

New seating options let you spend your flight more peacefully ... even if you were given the middle seat

No danger of getting lost in transition with meetup.com

Online platform works a treat in Tokyo – or anywhere

No goals, no fans, no TV: just another night in Pyongyang

Blasts from the past: Proteas are slow starters under Kepler