FREE TO READ | Helen Suzman Foundation ‘devastated’ at the loss of Arvitha Doodnath, who also worked on NHI

Was your info leaked in SA’s big home loan IT security breach?

FREE TO READ | We ask those involved for the truth, and experts reveal how vulnerable SA’s online systems really are

The state is ready, but will Zuma’s cash crunch stall the case?

Sporting spice: My life inside the Bok touring machine

Row over top court job exposes bickering on the bench

The spy who blamed me: a tale from the murky ...

There was no one better at the job than Blob, one of the few agents to be rated double-0: licensed to kill time

PIGGY-BATTLE RIDE An elderly man is evacuated from a building in Akcakale, near the Turkish border, after it was hit by a rocket reportedly fired from within Syria.
Image: Bulent Kilic/AFP

Springbok Eben Etzebeth is taking the SA Human Rights Commission to court. The commission confirmed it had received court papers from lawyers representing Etzebeth, who is accused of physically and racially abusing four people in Langebaan, in the Western Cape. The four are claiming R1m in damages. He denied the allegations. The commission has lodged a case with the Equality Court, where it is representing the alleged victims. It said on Monday it had received Etzebeth’s high court application in which he stated he wanted to "review and set aside the commission’s decision to institute proceedings against him in the Equality Court". The commission was “going through the papers” before deciding how to respond. It is understood that of particular concern were comments made by SAHRC legal head Buang Jones, including that Etzebeth "is used to getting away with murder" and that he "should be in a prison cell”.

R70m a year to house MPs in Cape Town

SA taxpayers are forking out tens of millions every year to house parliamentarians at official residences in Cape Town. According to public works and infrastructure minister Patricia de Lille, the state paid about R750m over the fourth and fifth parliament (between 2009 and 2019) to house MPs at the three parliamentary villages in Cape Town. She was responding to a written parliamentary question from DA MP Willem Faber. The government spent about R380m on the three villages - Acacia Park, Pelican Park and Laboria Park - in the five years spanning the fourth parliament between 2009 and 2014. For the fifth parliament it spent about R360m. This includes water and electricity, rates and taxes, management of the villages, construction of buildings, maintenance and buying furniture and appliances. This means that, on average, taxpayers spend more than R70m annually to accommodate MPs at parliamentary villages. Maintenance costs seem to make up the bulk of the spending.

Closing the Durban harbour will be devastating for SA’s economy, analysts said on Monday. This comes after Ekurhuleni mayor Mzwandile Masina flighted the notion on Twitter. “Democracy is nice and good, but to get our full independence from Western imperialists we must close down the Durban harbour so that no minerals leave this country,” Masina tweeted. Economist Mike Schüssler said the statement was not “thoughtful at all”. “What does he think is going to happen to the platinum and gold industry or anybody that doesn’t get money for a while? They won’t be able to pay their workers and the workers won’t be able to send money home,” Schüssler said. “He is welcome to close the Durban harbour but we won’t be able to pay for our cars, our medicine and cellphones that we import.” Economist Dr Azar Jammine said Masina’s comment showed no understanding of the economy.

University of KwaZulu-Natal student Khanyile Nzimande has been remanded in custody over the murder of his room-mate, Bcom student Simukelo Zondi, whose burnt remains were discovered in a bush at the Westville campus at the weekend. The Pinetown Magistrate’s Court heard that Nzimande would be kept in police custody while further investigations and address verification, for the purpose of bail, were done. The matter will be back in court on October 21. The court appearance comes after a video emerged in which Nzimande is seen in the university's risk management services office. In the video he tells security officers that Zondi died because he was a "zombie" and involved in witchcraft. Following Zondi's death, UKZN suspended lectures for half the day on Monday.

Ramaphosa open to outside investment in SAA

SA is working to restore its institutions and secure private investment to grow the economy, President Cyril Ramaphosa told the Financial Times Africa Summit in London on Monday. Ramaphosa said the country was also open to outside investment in ailing state-owned carrier SAA. “We are on record as saying we are open to the participation of the private sector. As we speak now, we're talking to a few interested parties when it comes to SAA.” He said government needed to pursue prudent fiscal policies, stabilise its debt and reduce risk with contingent liabilities to attract much-needed investment in the country.

Seven “speedsters” were arrested on the N12 westbound between the Kraft and Edenvale turn-offs on Sunday, Ekurhuleni metro police said. A 55-year-old biker was arrested just after 6am after he allegedly clocked 206km/h. EMPD spokesperson Wilfred Kgasago said the man claimed he was taking his bike for a test drive. A 24-year-old, who allegedly told officers he was rushing home after a late-night event, was arrested for allegedly driving at 190km/h. The five other motorists were arrested for speeds between 167km/h and 179km/h. All were charged with reckless and negligent driving, and are expected to appear in the Germiston Magistrate’s Court soon. They were released on R1,500 bail each.

A 'fraudulent' application for a home loan with VBS Mutual Bank has put EFF leader Julius Malema in the spotlight as alleged 'slush fund' money benefited both Malema and the EFF. Political reporter Zingisa Mvumvu explains the links between Malema and the EFF to the VBS slush fund, including how Santaclara trading, a company founded by Malema's cousin, asked VBS Mutual Bank for a R3.2m home loan. 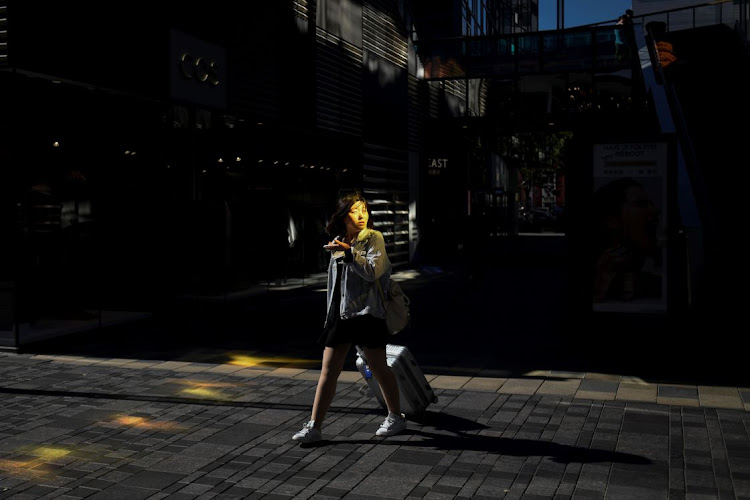 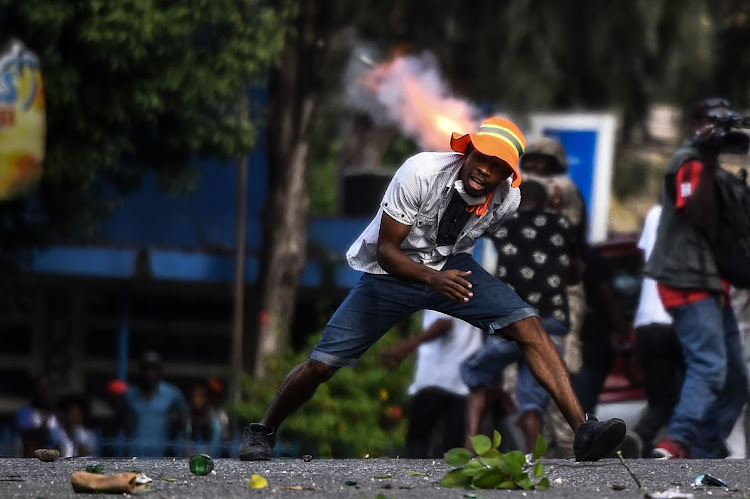 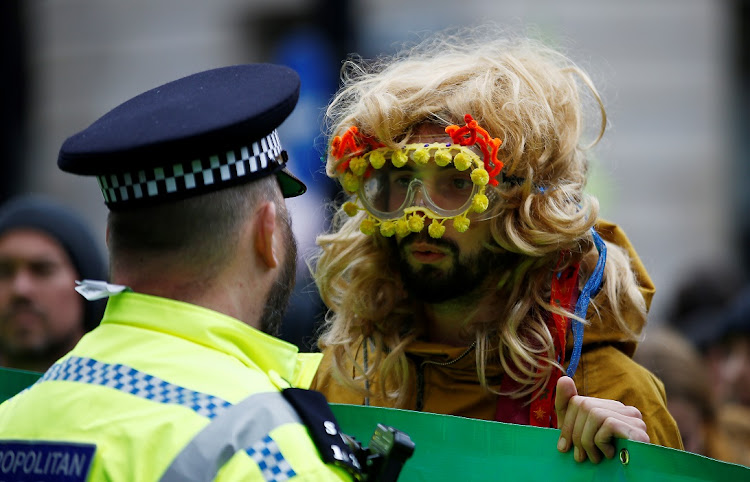 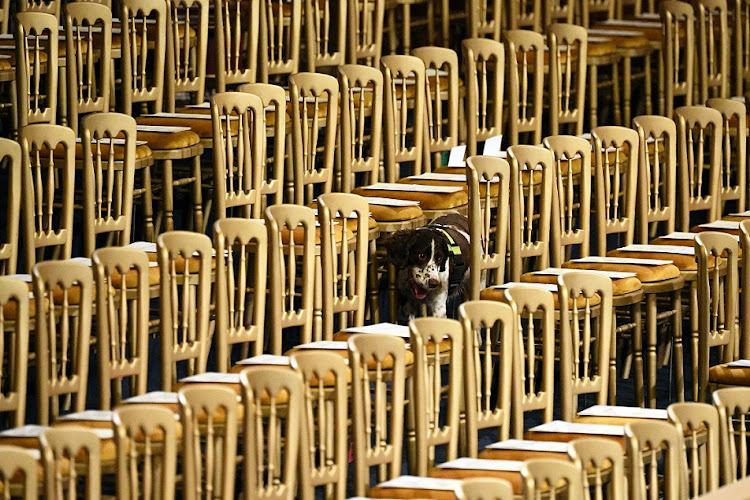 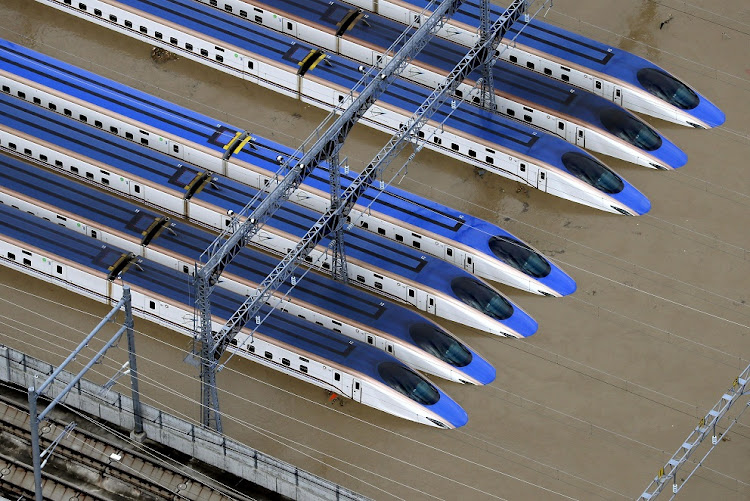 A TIGHT GRIP An indigenous man holds up a crucifix as people celebrate in Quito, Ecuador, after the president and indigenous leaders reached an agreement to end violent protests.
Image: Luis Robayo/AFP

A 74-year-old activist known as the "Graffiti Grandma" has been fined €300 plus court costs for painting over neo-Nazi graffiti in the central German town of Eisenach. The verdict of property damage handed to Irmela Mensah-Schramm has attracted fierce criticism, partly as it came on the day of the fatal synagogue attack in Halle. Known in Germany as the "Sprayer-Oma" or Graffiti Grandma, Mensah-Schramm has spent more than three decades removing or painting over far-right slogans, swastikas and stickers, often creatively changing the meaning to one of positivity and inclusiveness. She was charged after painting hearts over graffiti which read "NS-Zone", which translates as "Nazi Zone", four times in December 2018 in the town of Eisenach. A resident filmed and reported her to the police. – © Telegraph Media Group Limited (2019)

Hollywood and Bollywood actors raised eyebrows on Sunday by appearing in Saudi Arabia at a conference to promote the kingdom's entertainment industry, a year after the murder of journalist Jamal Khashoggi. Jackie Chan, Jean-Claude van Damme and Jason Momoa, the Aquaman actor, shared the stage in Riyadh with Shah Rukh Khan, known in India as the King of Bollywood. They posed for photos at the Ritz Carlton, the venue for the two-day Joy Forum, with Van Damme playfully showing off a stunt kick aimed at Abdulaziz Al-Muzaini, the Saudi director. Their fees were not disclosed, but Momoa is said to command $200,000 per appearance, according to the New York Post. Representatives of the actors did not respond to requests for comment. Will Smith and Russell Crowe declined to attend, according to the Post. – © Telegraph Media Group Limited (2019)

Vietnam has pulled the animated film Abominable from theatres over a scene featuring a map of the South China Sea showing Beijing's claims in the flashpoint waterway, state media reported on Monday. China has long used its so-called nine-dash line to justify its jurisdiction over most of the resource-rich sea, often to the displeasure of Hanoi which also claims parts of the waterway. The U-shaped line appears on a map of the South China Sea in a scene in the film - released as Everest: The Little Snowman in Vietnam - which is about a Chinese teenager helping a yeti return to his home on Mount Everest. – AFP

An Australian economist who wrongfully spent nearly two decades in prison for the assassination of a high-ranking police officer was awarded more than A$7m (R70,35m) in compensation on Monday. Former public servant David Eastman was convicted in 1995 of killing Australian Federal Police officer Colin Winchester and sentenced to life imprisonment. Eastman, who had always maintained his innocence and mounted several appeals, was freed in 2014 after his conviction was quashed. The Australian Capital Territory Supreme Court ordered the jurisdiction's government to pay him just over A$7m. Eastman had sought at least A$18m. The 74-year-old told the court that not only had he lost the opportunity to have a family and pursue his career, his mother and sisters died while he was behind bars. – AFP

The White House Correspondents' Association has condemned a video that depicted a fake image of US President Donald Trump slaughtering members of the news media, shown at a gathering of his supporters at a resort owned by the president. News of the video was first reported by the New York Times after someone who attended the gathering leaked a cellphone video of it to the newspaper. The video shows Trump's head superimposed on the body of a man wearing a pinstriped suit opening fire at a "Church of Fake News" with parishioners' faces covered with logos of various news organisations or replaced with those of prominent critics of the president, the Times reported. – Reuters

Perks of being triad scum: a $66m casino bill

He is Asia’s most-wanted man. He is protected by a guard of Thai kickboxers. He flies by private jet. And, police say, he once lost $66m in a single night at a Macau casino. Tse Chi Lop, a Canadian born in China, is suspected of leading a vast multinational drug trafficking syndicate formed out of an alliance of five of Asia’s triad groups, according to law enforcement officials. Its members call it simply “The Company”. The syndicate is believed to be funnelling tons of methamphetamine, heroin and ketamine to at least a dozen countries from Japan in North Asia to New Zealand in the South Pacific. But meth is its main business, they say. In what it calls a conservative estimate, the United Nations Office on Drugs and Crime puts the syndicate’s meth revenue in 2018 at $8bn a year, but says it could be as high as $17.7bn. - Reuters

Foreign investors won’t come in the first place if we don’t make coming (and going) easy and fair, and fun

Looks like a US jury boobed with this damages award

An anti-psychotic drug allegedly caused a male claimant to grow breasts, but did the court overreact?

What the flip went wrong with MultiChoice BEE share offer?

Shareholders hoped to ‘flip up’ by swapping their shares for better valued ones, but the market had other ideas

Bookmarks: What the lady-in-waiting saw

Surprise yourself with something art of the ordinary

Special places to absorb great art in the Western Cape

SPORTS DAY: Injury hoodoo over for Jantjies and Kolbe

How much more Merc dust does Ferrari have to eat?

Blasts from the past: Masinga scores his seventh for Bafana