Fear not, SA, the state capture rogues are finally landing in the Dudu

Zuma and son, Myeni, Gumede, the Guptas ... the net is falling around very dodgy people

Zuma’s Stalingrad tactic has backfired, and it’ll cost him more than money

How Typhoon Hagibis revealed everything that’s wrong with World Rugby

Medaid madness: This is how they splash your cash

I slogged through the Council for Medical Schemes’ annual report, and what I found was shocking

Barbed ire: Politician locked out of his own property in Stellenbosch

Pay attention: you don’t have to be old to have a stroke

Stroke survivors, as young as 17, have joined the Angels Initiative to educate SA children about the condition

May I have a minute of your time? It’s this very short film

They wrote it this week: Sodom and some horror, ...

Whale washes up at Umhlanga

Swimming has been barred at Umhlanga beach in Durban after a dead humpback whale washed up on the beach. Metro police director Steve Edwards said the whale was spotted at around 6am on Sunday. Edwards said the youngish whale washed up about a 100m from the lighthouse at the beach. "Sometimes when they get sick, they make their way to shore because for them to breath they need to be moving." Edwards said the carcass had not been removed yet. "They will either try and tow it back out to sea and leave it or they will cut it into pieces and remove it."

The Gift of the Givers is expected to deliver eight truckloads of fodder to the drought-stricken town of Graaff-Reinet in the Eastern Cape this week. “The request for fodder amongst emerging and commercial farmers is overwhelming, desperation in their eyes, a deep compassion to feed hungry and dying animals,” Gift of the Givers founder Imtiaz Sooliman said. Sooliman said they will deliver the fodder on Tuesday. At the beginning of the month Gift of the Givers provided drilling machines and water tankers. Hydrologist Dr Gideon Groenewald had also been sent to the area and will oversee the drilling of our eight boreholes in the town. According to Sooliman the first five boreholes have yielded 102,000 litres per day. Bottled water, water tankers and nutritional supplies would also be delivered for children.

KwaZulu-Natal councillor Khaya Sithole has been gunned down in full view of his constituents. The shooting occurred shortly after a council event on Thursday evening. "Preliminary information indicates that the slain councillor was participating in a municipal event when unknown assailants fired a hail of bullets at him," said KZN MEC for cooperative governance and traditional affairs Sipho Hlomuka. He "was gunned down in full glare of the public". Offering condolences to Sithole's family and constituents, Hlomuka said: "We are saddened to learn that the councillor was murdered with his boots on while working to advance the course of service to his community." Hlomuka urged law enforcement agencies to "leave no stone unturned in apprehending the perpetrators of this crime and in bringing them to justice speedily".

Three live mortar bombs were found in the Strelitzia dam in Uitenhage over the weekend, Eastern Cape police said on Sunday. Capt Gerda Swart said the first two mortars were discovered by two elderly people on Friday. Swart said they transported them without realising that they were live mortars and could have detonated at any moment. The bomb squad from Port Elizabeth had to deactivate the mortars. On Sunday, a man who was fishing at the dam found the third live mortar. "The man also unknowingly handled it. Fortunately, he notified the police and the bomb disposal unit was immediately summoned to the scene and took possession [of the mortar]. "The dam levels have fallen over the last few months and it is believed that this could be the reason for the recent discoveries," Swart said. Police have warned residents not to handle or pick up anything that resembles a mortar.

The University of KwaZulu-Natal has identified a student whose body was found burning in a bush on Saturday morning as 24-year-old Samkelo Zondi. It is believed the BComm student was allegedly killed by his roommate. The institution said the student's badly burnt body was found in a rugby field near the Westville campus. "Risk Management Services apprehended a suspect and handed him over to the South African Police Services," UKZN spokesperson Ashton Bodrick said. "The suspect is also a student at UKZN. Early reports state that the victim and accused were acquainted." It is alleged that security personnel saw smoke and the suspect coming out of the bush. Upon investigation, they found Zondi's body. " We appeal to anyone with information to come forward and assist in this investigation," Brodrick said.

The world celebrated as Kenyan Eliud Kipchoge broke the two-hour marathon barrier on Saturday. Despite the feat, Kipchoge's record will not be recognised by the sport's governing body as it took place outside open competition, with the use of in-and-out pacemakers. 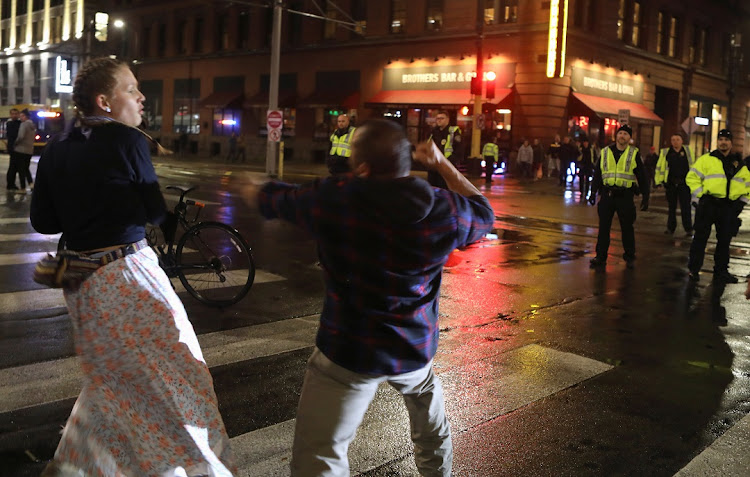 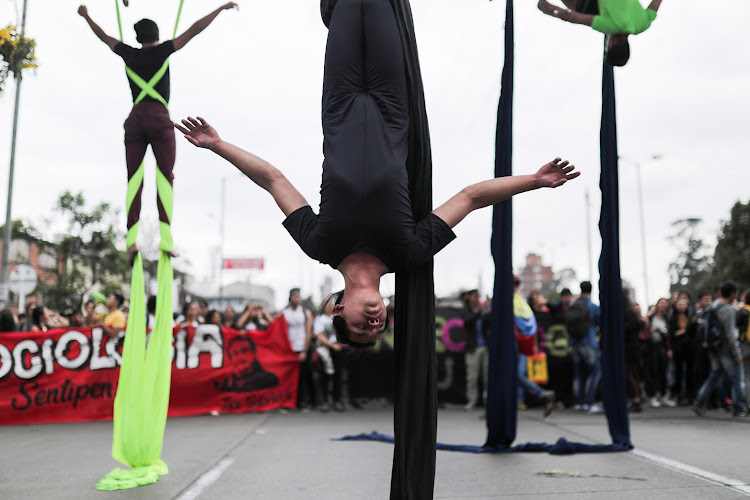 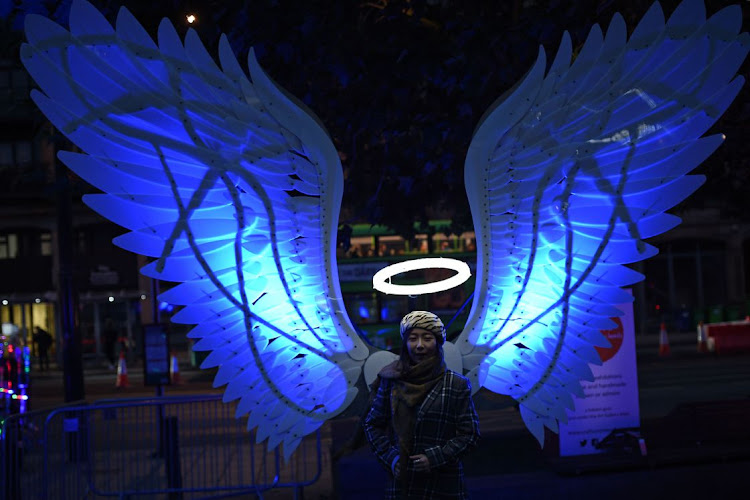 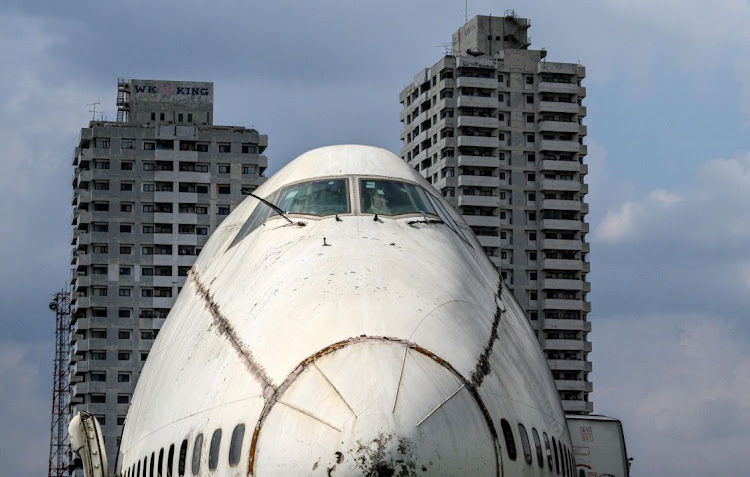 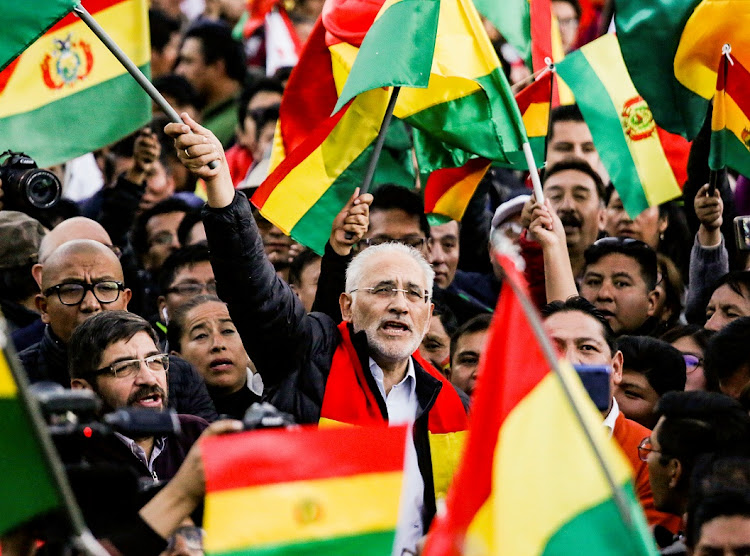 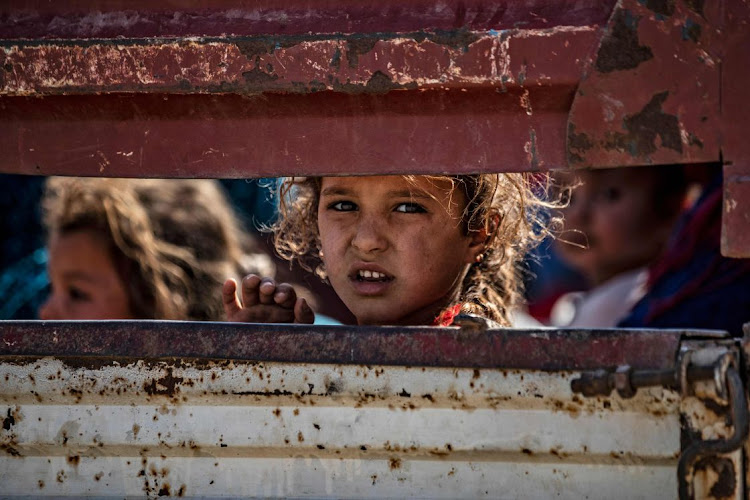 Tight security for Cambridges in Pakistan

More than 1,000 police will watch over the Duke and Duchess of Cambridge in Pakistan this week for a visit the country hopes will dispel its image as a terrorist haven blighted by violence. The amount of security is unprecedented for a trip by the couple. Pakistani officials said their five-day itinerary was being kept tightly under wraps by the military, with local media only being given details at the last minute. – Telegraph Media Group Limited (2019)

It is one of Britain’s most prized coral reefs, sitting off the Cayman Islands and praised by the Prince of Wales as a “shining example” of a Commonwealth nation protecting its marine life. But 15 acres of reef could be destroyed to make way for two cruise ship docks. Campaigners say the George Town Harbour project will result in 22 acres of seabed being dredged and two deep water piers constructed to allow marine life to move underneath. In December, the islands' first publicly initiated referendum will decide the reef's future. – Telegraph Media Group Limitede (2019)

Police have arrested a man suspected of assaulting a young Japanese pop star after he located her neighbourhood by enlarging the reflection in her eyes from social media photos. Hibiki Sato, 26, was arrested on a charge of causing injury by forcible indecency to Ena Matsuoka, 21. Police suspect Sato was able to narrow down the area in Tokyo where Matsuoka lived by going through her social media photos, enlarging them to reveal scenery and landmarks reflected in her eyes. He is alleged to have molested her as she entered her block of flats, allegedly placing a towel over her head, throwing her to the ground and groping her. – Telegraph Media Group Limited

Is Amazon spying on customers’ CCTV?

Amazon has been accused of watching footage from its customers’ CCTV cameras in a move likely to reignite concerns over whether the US tech giant is violating people's privacy. Amazon’s Cloud Cam devices, which are only currently available in the US, record and stream video whenever they detect motion, and can be used by people for security purposes as well as pet monitors. Clips from the cameras have also reportedly been sent to Amazon workers in India and Romania. – Telegraph Media Group Limited (2019)

Pro-democracy protesters hauled a four-metre statue known as Lady Liberty to the top of a famous Hong Kong mountain early on Sunday, announcing the peak would be its “final resting place”. The statue has been a regular feature at larger, more peaceful rallies, eliciting cheers when it was wheeled in by volunteers and transported around the city on the back of a truck. But on Sunday organisers said Lady Liberty had made her final journey as they unveiled her at the top of Lion Rock, a 495m peak overlooking a forest of skyscrapers. - AFP

The cliffs of the Calf of Man appear abundant with puffins, a species threatened with global extinction, but upon closer inspection the seabirds are not all that they seem. Over 100 decoy puffin statues, purchased from a garden centre, have been placed on the 600-acre island off the southern tip of the Isle of Man in an attempt to draw the real thing back to the island. Experts say the plan could be working, after puffins were spotted landing on the island for the first time in decades. The island was abandoned by the puffins after a killer rat invasion, which would eat the birds eggs and chicks. – Telegraph Media Group Limited (2019)

The scale of fiscal challenges, within the budget itself and at loss-making SOEs, argues for bold measures now

Still no promised state money, now Job Creation Trust is on the brink

The company’s creditors have filed for its liquidation, as 300 people face losing their livelihoods

Crash decision: How do we feel about self-driving cars?

From the suspicious driver to the tech-savvy passenger, not everyone is sold on the idea of autonomous driving

RU4 4IR? Then come see the future in Kyalami this week

The burning issue: How you should be using sunscreen

Confused by what the numbers mean on your cream?

Blast from the past: Habana runs wild